In the era of Sengoku Jidai, Kyoto's vicinity was covered with waves of the vast forest, there hid a mysterious and incredibly powerful clan, professing the art of ninjutsu. Japan has been a closed country for centuries and only selected traders from Europe were allowed to come to their homes. But the ninja never lived by the law: they sent stealthy expeditions to the Old World, trying to find out their secrets of shipbuilding, engineering, and military art. They were supported by one of the highest-ranking daimyos of the Tokugawa dynasty. His name was kept in strictest confidence.

Raid leaders, usually, were given instructions to recruit several Europeans into their ranks. One ninja clan have succeeded. They were able to convince the most experienced commander Peter Dager to share knowledge and military experience. In exchange, this general got timeless property rights in Japan, a massive income from his lands, a squad of fifty thousand samurai, Hatamoto title, and a thousand glorious rare kimonos made of Chinese silk. But Peter laughed at the kimonos, calling the robe 'pyjamas'. Still, he could not refuse the offer — the temptation to see the new country and get the promised reward was too high. He decided to divide his army into five parts: one to lead himself, the others he entrusted to his reliable comrades. At the same time, he gave each of his loyal generals a short nickname. Peter himself received the call sign PPD.

Will cut a throat

Commander's first comrade-in-arms was the Norwegian shark Marcus Holgard, with a piercing and cold look of a real warrior. The Scandinavian decided to name himself as Ace, since, like the ancient aces from his folk's legends, he skillfully wielded sharp weapons.

The German Landsknecht Adrian Trinks was second to respond newly-fledged Hatamoto's generous promises. His powerful two-handed blade more than once and not even twice had cut short the enemy's life, having served as a gloomy ruler of hundreds of destinies. For this, the warrior received a new name — Fata ['fate'].

The third was an inborn Jew — Neta Shapira. His famous is built on the fact that through his not so long life he has dealt with more than three dozen pagans. Thus the nickname 33 appeared logically.

The fourth and last man of the squad came from proud Macedonia. The black-haired Martin Sazdov called himself Saksa. He is a skilful healer, but he knows how to use weapons as good as the Hippocrates craft.

Dager although had a great sense of humour, so he decided to call his five-a-side team 'Ninjas in Pyjamas' — mocking the proud and arrogant warriors of Japan. Team leader chose the symbol of his party: an elegant and deadly shuriken. 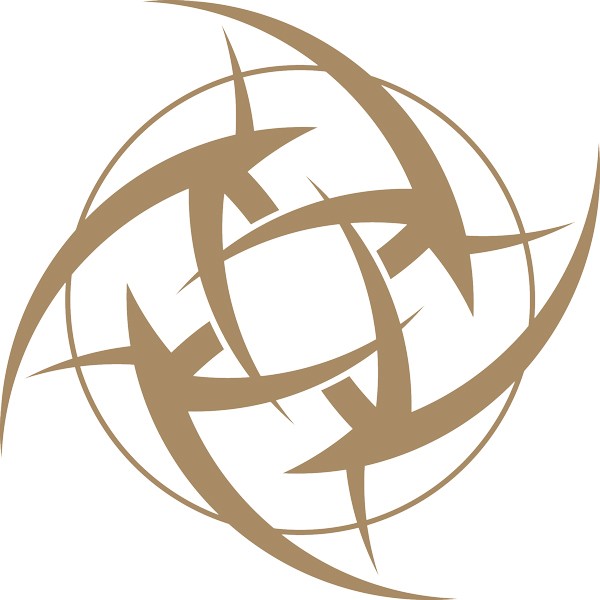 The Beast was unleashed...

A small squad hired a stable ship at Gibraltar's seaport and set sails on a distant, dangerous voyage. The merciless sea tormented brave men, trying to drag them into deep depths with salty claws, swarming with whales and giant octopuses. But the boat made it and, after a few months, moored to the island of Hokkaido, so the ninjas proceeded their new allies right into the heart of their order in the forests of Kyoto. There they were met by three wise men, who hid their faces under the demon masks. One of them ordered the Europeans to dress in kimonos and gave each of them two samurai swords. And then he began speaking.

The situation has changed, Dager-san. For centuries, our sages have been following the course of the moon and the stars, trying to unravel the mystery of such an ancient prophecy even Fukushima wasn't aware of. It says that somewhere in Japan there are hidden the Gates to another dimension. Only a stranger, 'a gaijin' from afar will be able to open them. We think that this is about you. Tomorrow we will take you to a place where you will have to accomplish the impossible.

PPD was a man with a vision, so he never let the heart take precedence over reason. The commander has calmly removed his hand from the sword hilt and quietly asked what would happen to the promised reward and why he should fulfil the order's request.

Dager-san, we have promised you a lot, but if you can open the Gate and get into the realm of the Mad Moon, you will become a legend. The prophecy says that unimaginable treasures and tremendous power are hidden in another dimension. But the path to fame and wealth lies through danger — we are not the only ones aware of the Gates. Mercenaries and warriors from all over the world will try to get there.

All who were standing close to general could have felt the voltage in his mind. He took his time to think, and then have agreed. The next day, a gaijin squad, guarded by hundreds of selected ninjas, set off. A week later, they reached the rocky mountains that hid a giant cave behind a roaring waterfall. A huge stone gleamed in emerald colour in the depths of the cave. PPD immediately felt a strong desire to touch it, as if by a magnet he was drawn to a great lump resembling a crystal. He slowly extended his hand to it and reached the smooth surface of the stone. Flash! The Europeans were stunned by the trembling haze of green light arose before them. And then five ninjas silently who stood behind the guests have pushed them inside.

The world we knew

So we can build a new

Brothers in arms woke up in the middle of a rapidly growing forest. Something was wrong. PPD have noticed a man in incredible red and white armour with a maple leaf on his chest — he was silently looking at them. A man spoke to the warriors, saying that he knew about their arrival from that very prophecy and was ready to become their mentor.

The battle is near, my friends. The winner will become the Radiant Champion and will be able to conquer all the land for thousands of kilometres around. And then maybe even get a chance to fight for the crown of the Mad Moon.

PPD was a soldier to the bone. He did not long reflect on what he heard. He silently drew his sword — and it flashed in the rays of the sun, as the commander vowed to seize the new world and gain the glory of the greatest of WePlay! Dota 2 Tug of War: Radiant!