The first day of the WePlay! Bukovel Minor starts tomorrow. We know that you can't start watching the tournament without our predictions! 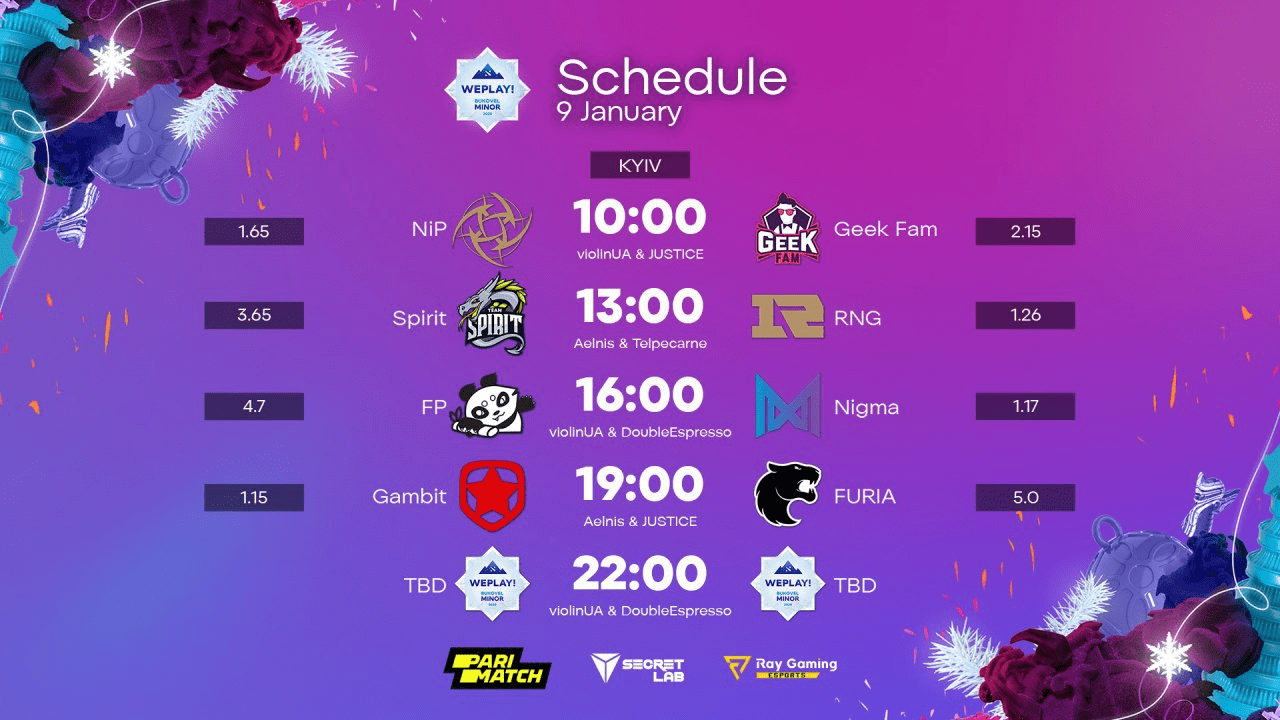 Ninjas In Pyjamas vs Geek Fam

Day 1 predictions are always difficult since you haven't seen the teams in action for quite some time. That's why there might be surprises, and you shouldn't be disappointed if that happens.

Both NiP and Geek Fam changed their mid player on December 18. TANNER joined the former while Karl was invited to the latter. There were no official matches with these two rosters, that's why it ain't easy to pick a favorite here. Ninjas have an advantage in experience - their chances are slightly better.

Royal Never Give Up vs Team Spirit

RNG is a believable winner of this tournament. While Gambit may struggle psychologically and Nigma has not gained its top form, it is the Chinese team who has recently played well and kept working hard while the Western scene celebrated Christmas and New Year.

Last time RNG faced Team Spirit they have dismantled their opponent. In December, they spent less than an hour to secure the win in a Bo3-match. You shouldn't expect any changes to that script.

While Nigma is a definite favorite in this match, they are not that strong. The current form of KuroKy and his team is unknown. At the same time, EternaLEnVy is well-known for his surprise plays and results. You should be ready for some surprises - all three maps might be here.

Gambit Esports got very lucky: they got a very comfortable opponent who may also struggle from a jet-lag. The CIS powerhouse needs that confidence boost so they could win the whole tournament.