Puppey and KuroKy became the excellent captains. But they have a long story of meeting and joint matches, which goes back in DotA Allstars time. By the way, you can read the story of the Dota 2 ancestor here.

We will talk about why there will always be some intrigue in the Team Secret and Team Liquid matches. 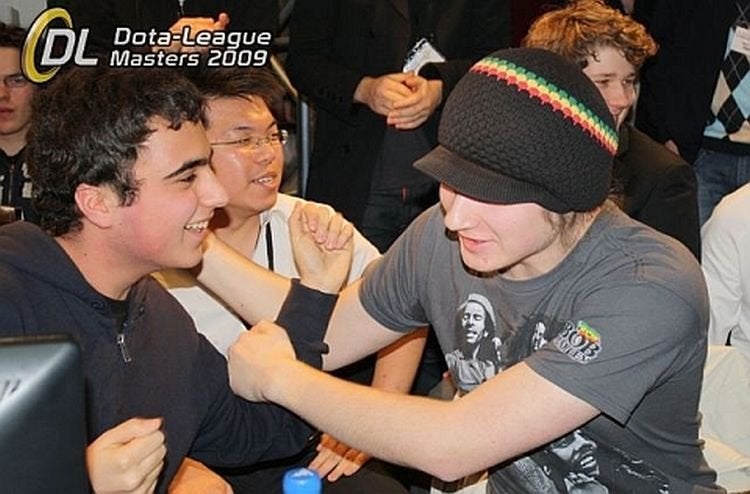 DreamHack Summer 2009 became the first chapter of the German-Estonian storybook when Puppey joined Mousesports as a stand-in. Since then, Kuro and Clement repeatedly played together. KS.int, OK.Nirvana.Int, Natus Vincere, Team Secret - the guys went through a large number of tournaments and even shared the bitterness of defeat in The International 2013 legendary finals. 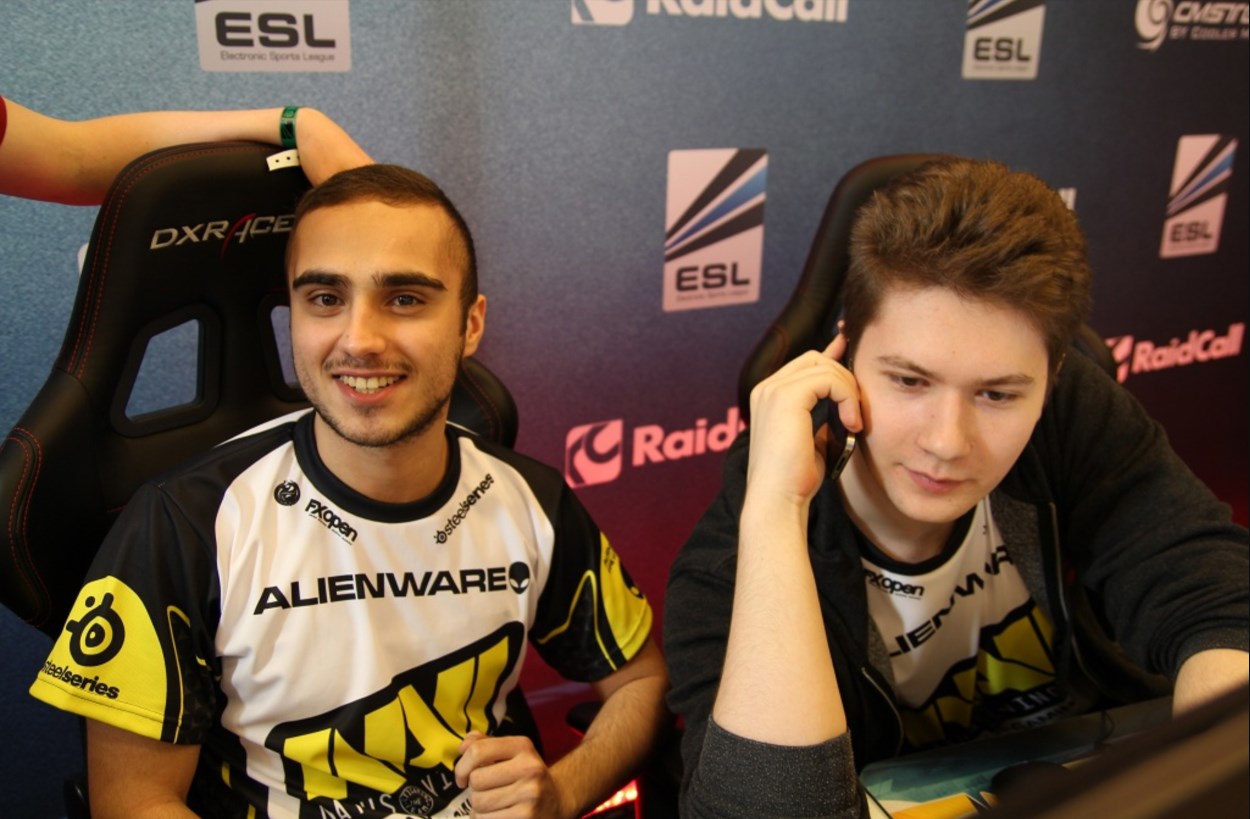 Each time Puppey was the captain of the squad. KuroKy always proposed his comrade good ideas of various tactics, which they finalized together. The guys were satisfied with their position: fate periodically diluted them, then brought them together again. But time had come when one fountain zone became too small for them. 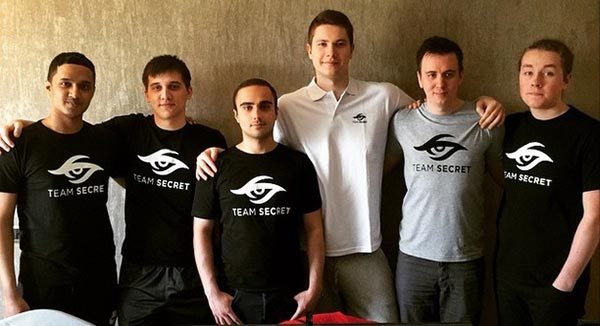 After the era of the legendary Natus Vincere came to an end on The International 2014, Puppey and KuroKy gathered a star team, without any esports club obligations.

Many called that team the Western response to Team DK, the Chinese "dream team". Arteezy, s4, zai, KuroKy, Puppey - there were players at each of the five positions who were superstars at that time. Before The International 2015, Team Secret won four of five major tournaments and was considered the main favourite of TI.

However, something went wrong in Seattle. They say that the most deep-rooted problems pop up at The International. With heavy pressure, the teams act differently than they used to. Here the ego of various players collided, and the unite ceased to work. The star five suffered a crushing defeat from Virtus.pro, giving the CIS fans one of the brightest highlights in the entire TI history.

Arteezy accused KuroKy in many sins some time after the defeat on the stream, telling that he's not the only one, who had a conflict with German support, but the whole team had questions. As a result, the star squad was disbanded, and only Puppey stayed in Team Secret. 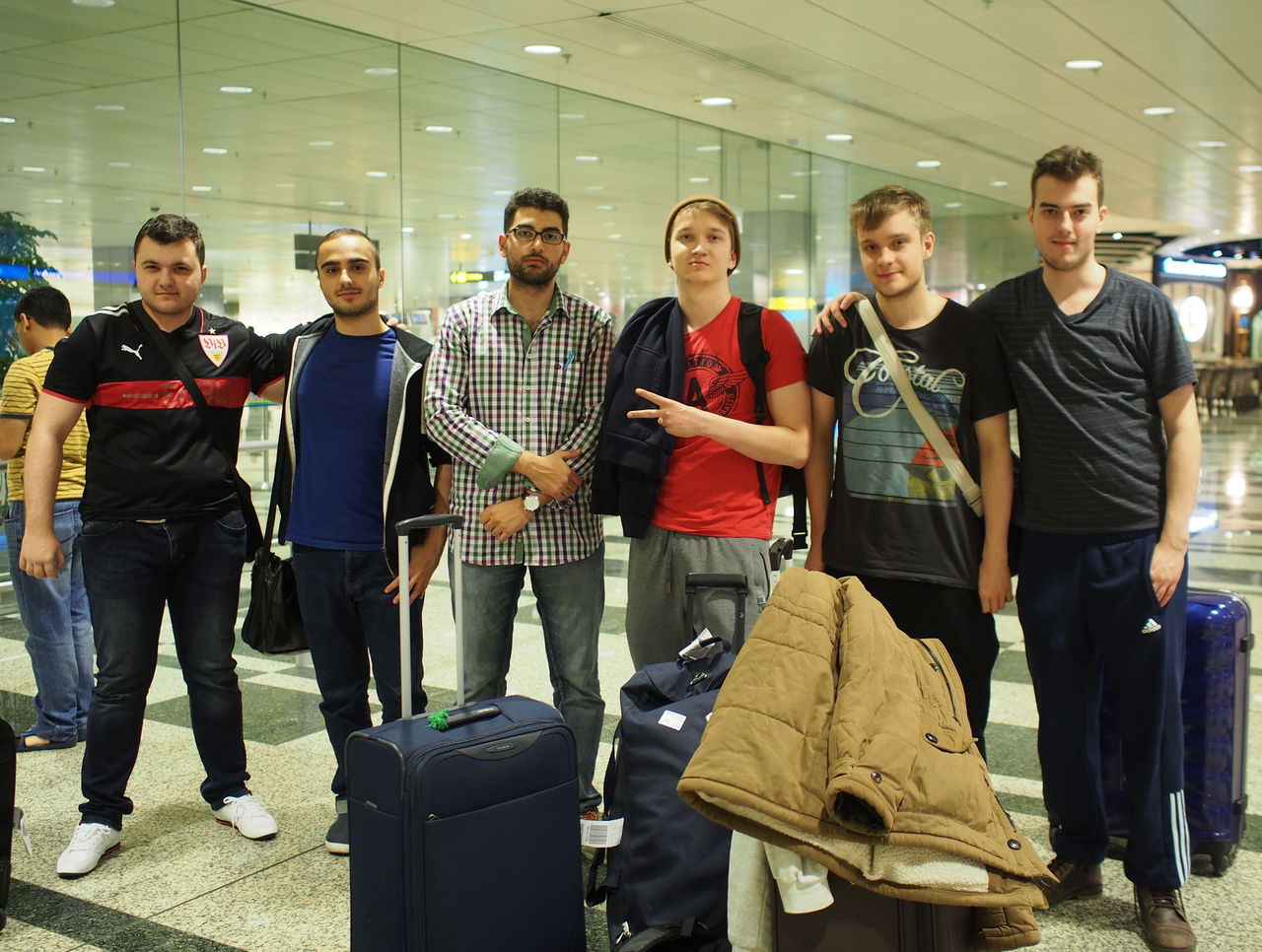 Kuro had to look for a new team and assembled a very promising line-up with MATUMBAMAN, FATA-, MinD_ContRoL and JerAx. The German player was the undisputed captain this time and led the hungry players to the victories. A little later, the 5Jungz (five guys in German) roster was under the Team Liquid wing and began to show good results.

"Liquids" became the champions of the Dota 2 Champions League Season 6 in 2015. Then they took the first place at The Defense Season 5 and successfully passed The Shanghai Major Qualifiers. This is where the next big confrontation between Puppey and KuroKy took place. 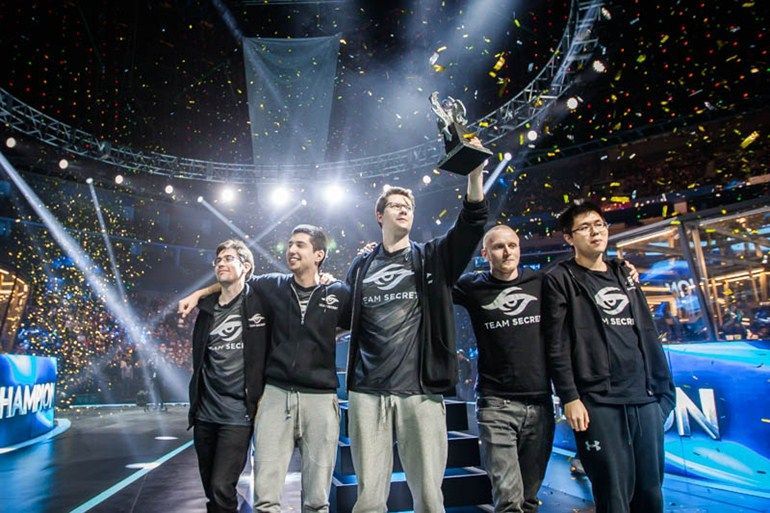 The plot of the "two captains" went a little into the shade on the background of catastrophic organizational problems. Team Secret and Team Liquid played in the grand final. But Estonian squad was much more prepared. Team Liquid was able to win only one map out of six taking into account the finals of the Upper Bracket. By the way, it was the only one Team Secret significant victory at the Valve tournaments in the 2015/16 and 2016/17 seasons. The team had failure after failure.

Everything wasn't so bad for "Liquids". KuroKy became The Manila Major 2016 vice-champion, but none of the teams was able to get into the top 6 at The International 2016. Nevertheless, the reshuffles allowed the German captain to strike back, which was superior in power to all previous ones. 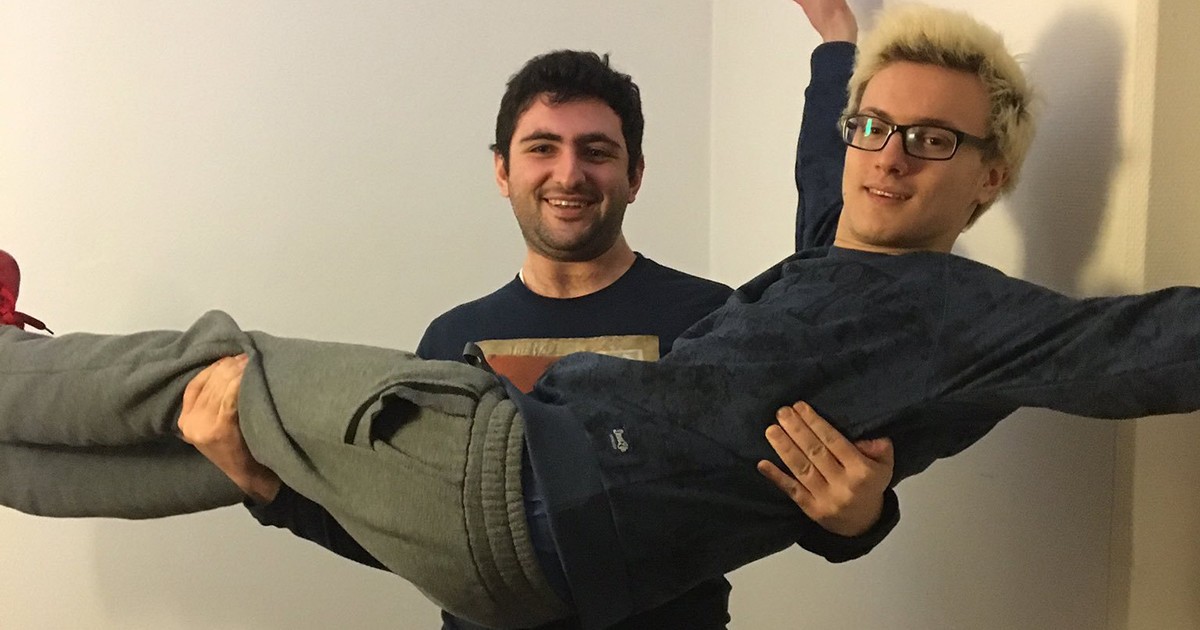 After Team Liquid took 7-8 place at TI6, the team had reshuffles. FATA- decided to take a break in the competitive DotA, while JerAx moved to OG (they took 9-12 place on TI6). Miracle- proceeded in the opposite direction, he had become the most important player in Dota 2 by that time.

BuLba joined the "Liquids" roster, but the game wasn't really good with him. After a couple of months, GH came to the team, a remarkable pub-player who didn't have much competitive experience. The Team Liquid squad consisted of MATUMBAMAN, Miracle-, MinD_ControL, GH and KuroKy at their first tournament after reshuffles. They became the champions. After this, the team began to gain momentum: the victories at SL i-League Season 3, EPICENTER 2017 and DreamLeague Season 7 went right to "Liquids' piggy-bank".

By the way, the first meeting of the new Team Liquid and Team Secret was held in Shanghai. KuroKy's team won with the 2:0 score. The teams played four matches with each other in just six months. Kuro was twice stronger than Clement once, and another match ended in a draw. However, the culmination of the plot was The International 2017, in which the teams presented a magical game.

The second round of the Lower Bracket. After losing the first map, Kuro with teammates were able to return to the series and send Team Secret to pack their bags in a spectacular manner. However, look at the post-match handshake: is there any hate here? 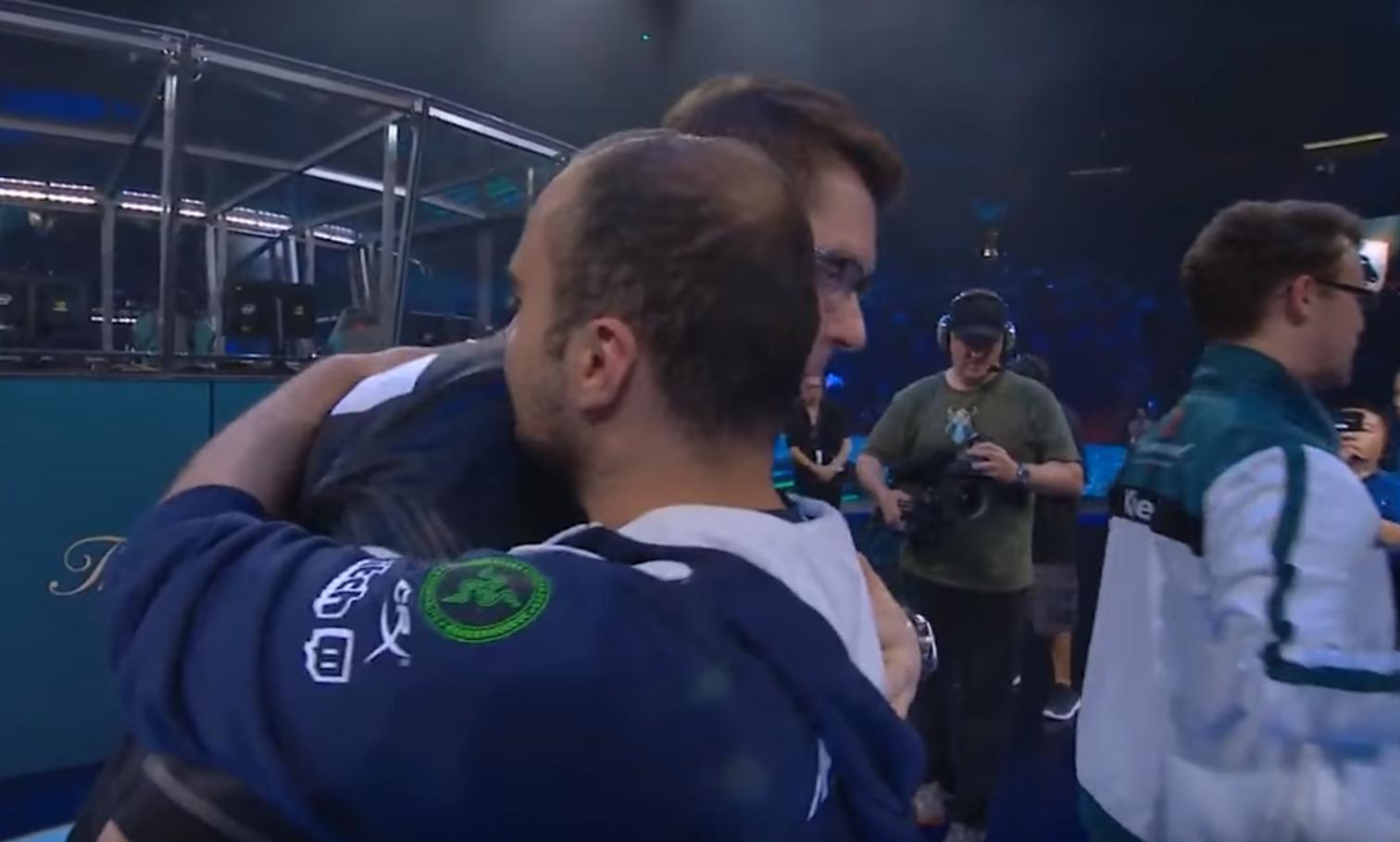 This was the first step towards DotA immortality. Team Liquid was able to win five more matches. They showed their strength, fueled by a healthy individuality philosophy, and KuroKy was equal to his friend in the number of winning champions' Aegis. 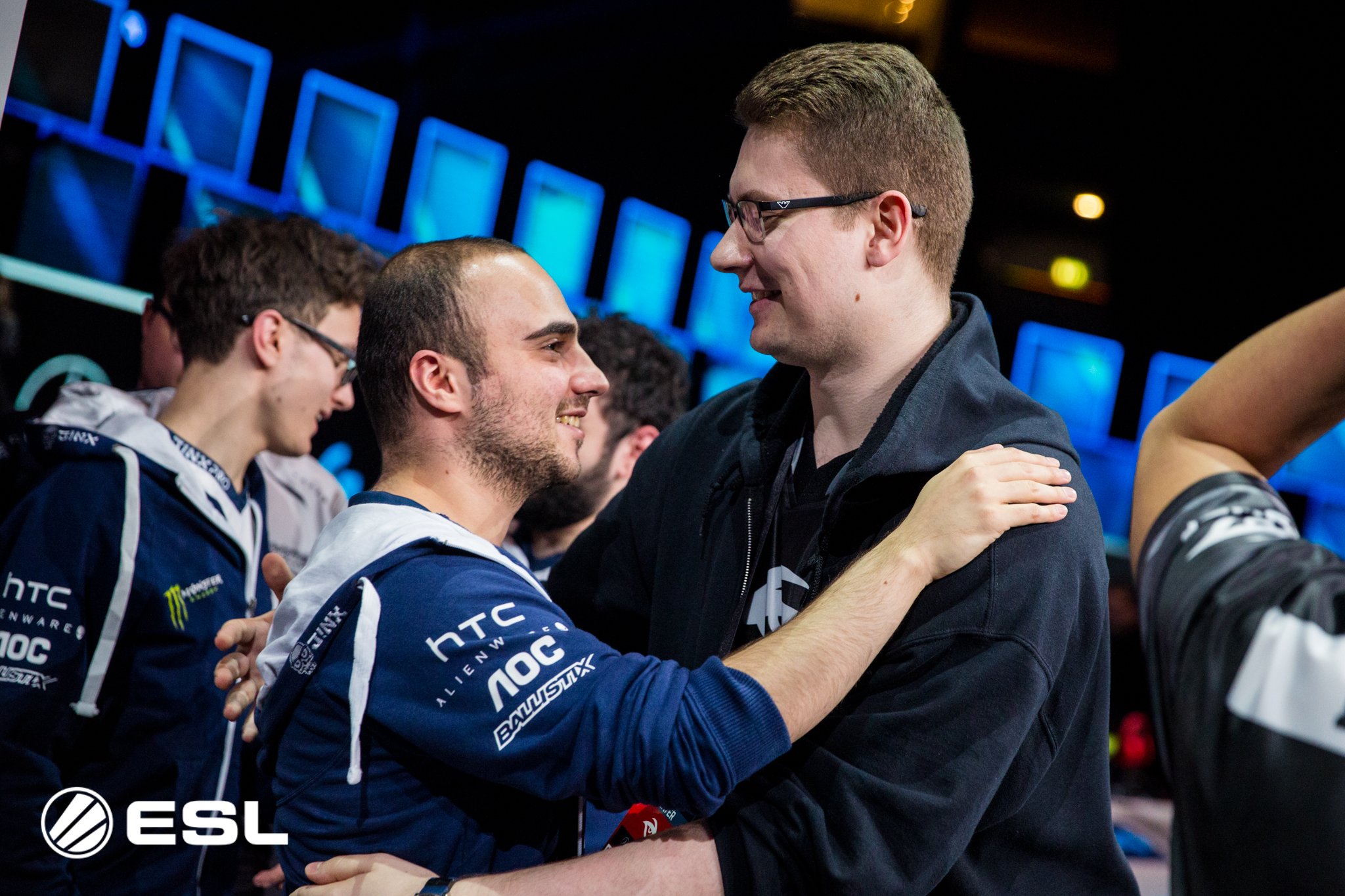 Now Kuro and Clement go to the second victory at The International in their own ways. Puppey seems to have picked up the team with which he is ready to win the tournament in Shanghai, and after a particular recession, Team Liquid is gaining a good shape again to show their strength.

KuroKy grew from a faithful Puppey companion to an opponent, whose matches are always worth watching with great interest. Now, when both teams have gained a good shape, and we saw them again at the MDL Disneyland Paris Major grand final, we can count on that we'll have another round of the battle of titans in Shanghai.