Right now on your monitor is a combat report for WePlay! Tug of War: Dire. Below we will briefly tell you how the third day of the tournament went, what the “privileged”, invited directly to the quarterfinals teams showed, and how many small sensations regional underdogs created. 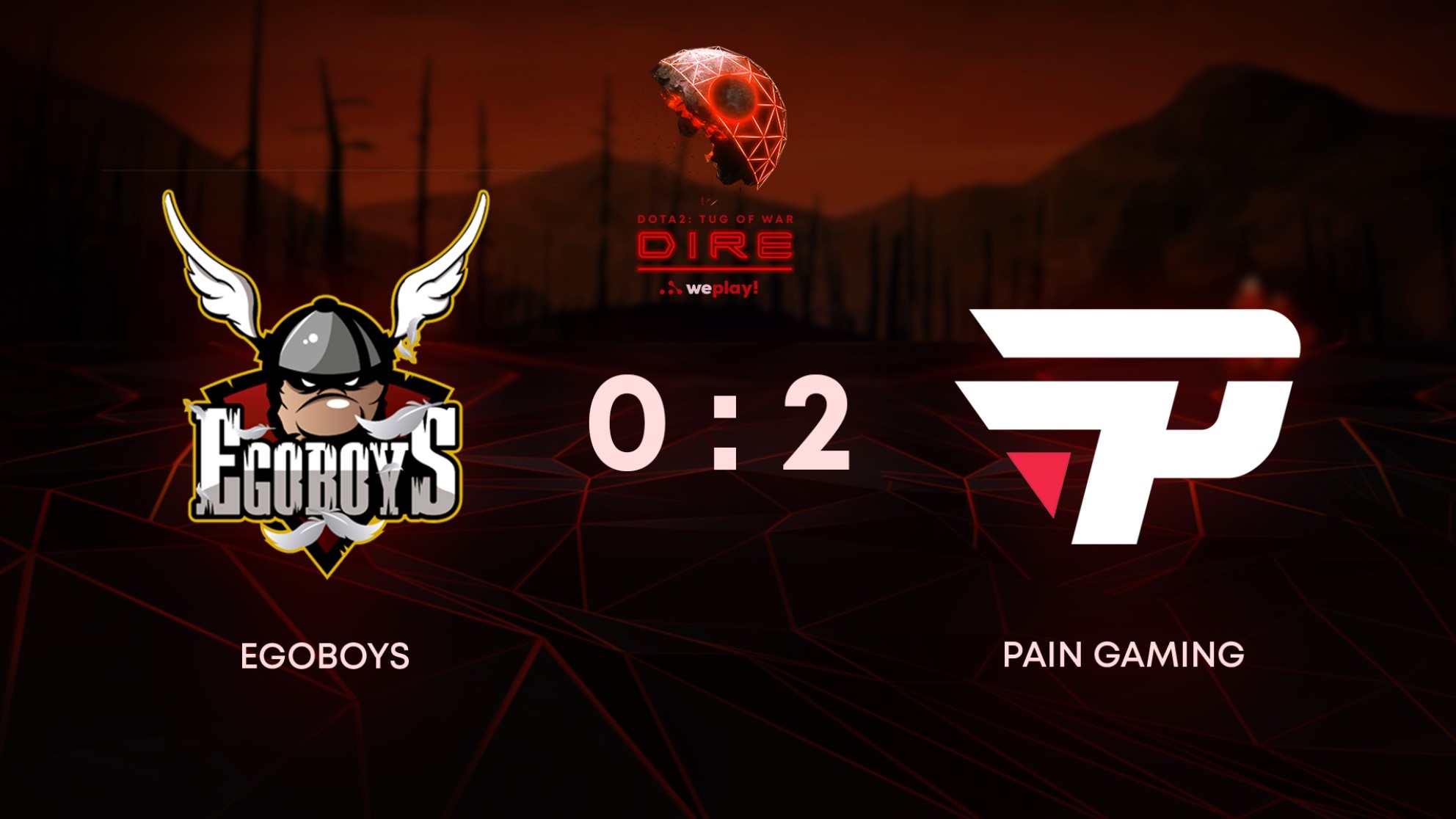 Meet Earthshaker: the new face of today's meta. Caught in the hands of experienced paiN Gaming, the character utterly defeated his rival in the early game, and Lifestealer and Templar Assassin - with the support of Warlock, of course - fulfilled the process in the late game.

The second map also ended without any surprises: Mars to paiN Gaming, they confidently cut off the flimsy Kunkka, Lina and Drow Ranger and Mars almost independently delivered the second map of confrontation on his own Olympic shoulders. Summed up: paiN Gaming has a dry series proceeds to the semifinals, while EgoBoys are sent home. 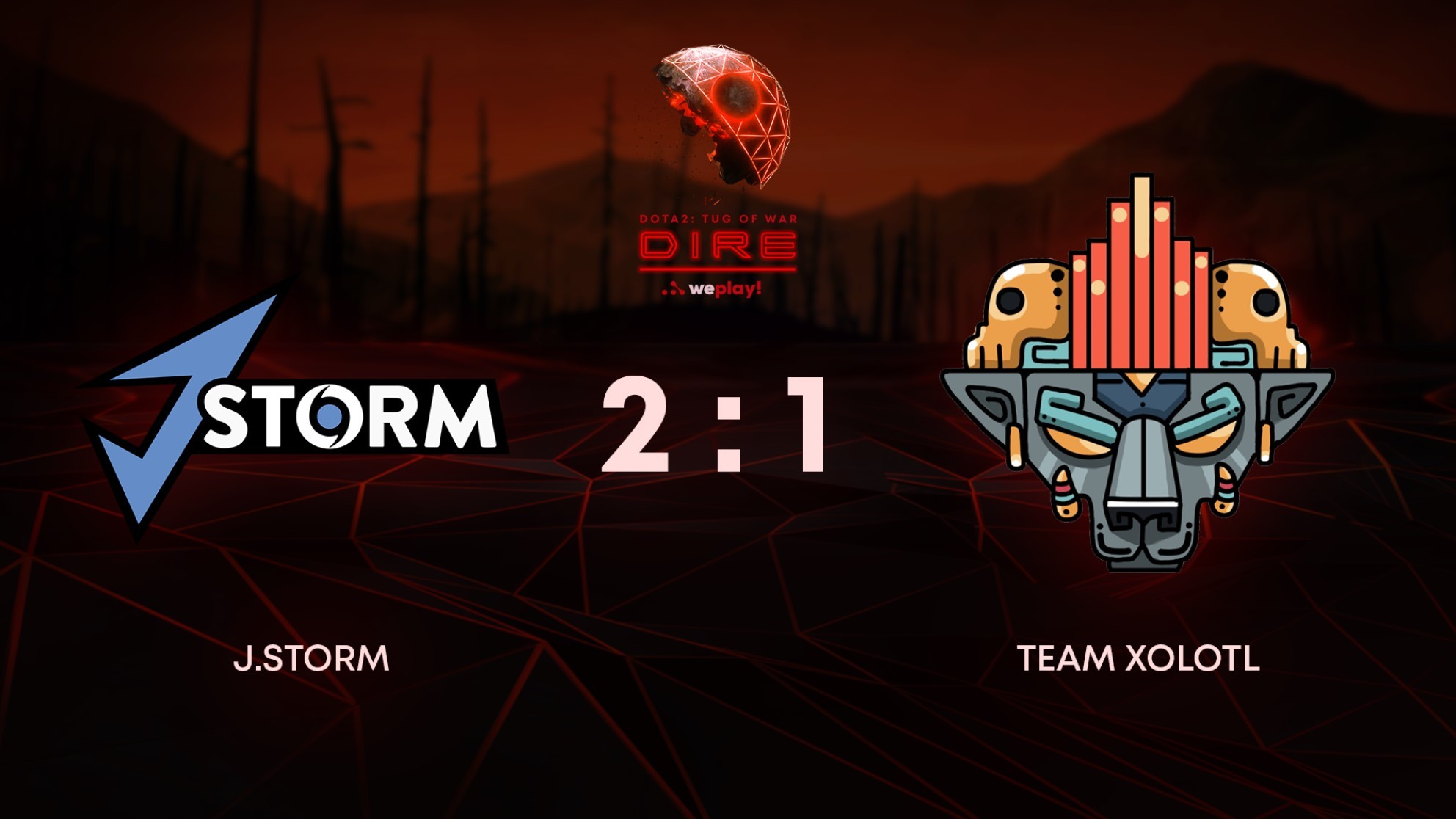 In the second pair of the American grid, our old friends from Digital Chaos-2016 - Resolut1on and Moo - and the “old man” Fear from Evil Geniuses gathered in J.Storm and measured their strength with the South American stack Team Xolotl.

The first map was a real battle: for 47 minutes Resolut1on's Morphling was suffering from the Aztec Troll Warlord.

This is where the experience gained by J.Storm players over the years on the professional stage came in handy. The young Team Xolotl made some macro mistakes, lost Roshan and remained without buybacks in the fatal hour. North Americans led the series.

But Team Xolotl released themselves and fought back in the next round. Closer to a half-hour mark, South Americans caught the relaxed opponents and issued one of the most spectacular comebacks of the day. 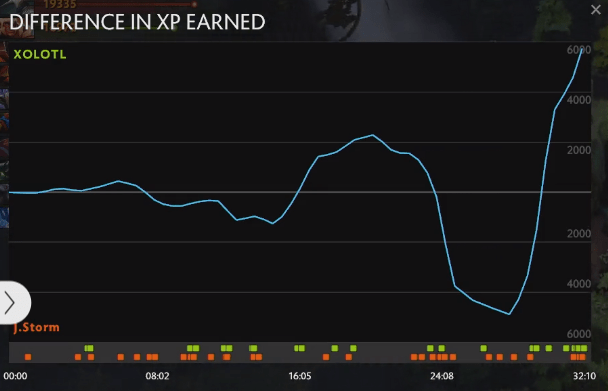 Troll Warlord quenched his thirst for blood, but only to appear for Team Xolotl for the third time, and simply destroyed the enemy Sven, and the battle reached the third, decisive map.

In the end, J.Storm played a trump card from the capitalist branch — Resolut1on received Arc Warden. The good neighbourly competitive spirit was completely destroyed by the difference in the class: Fear and the company competently played split-push and very soon left the opponent with almost no lanes, not forgetting to click on the nose for every mistake made.

J.Storm, though not without problems, but reached the semifinals, Team Xolotl went to the homeland of their bloody god. It is a pity that the editor will not allow us to joke about the sacrifices. 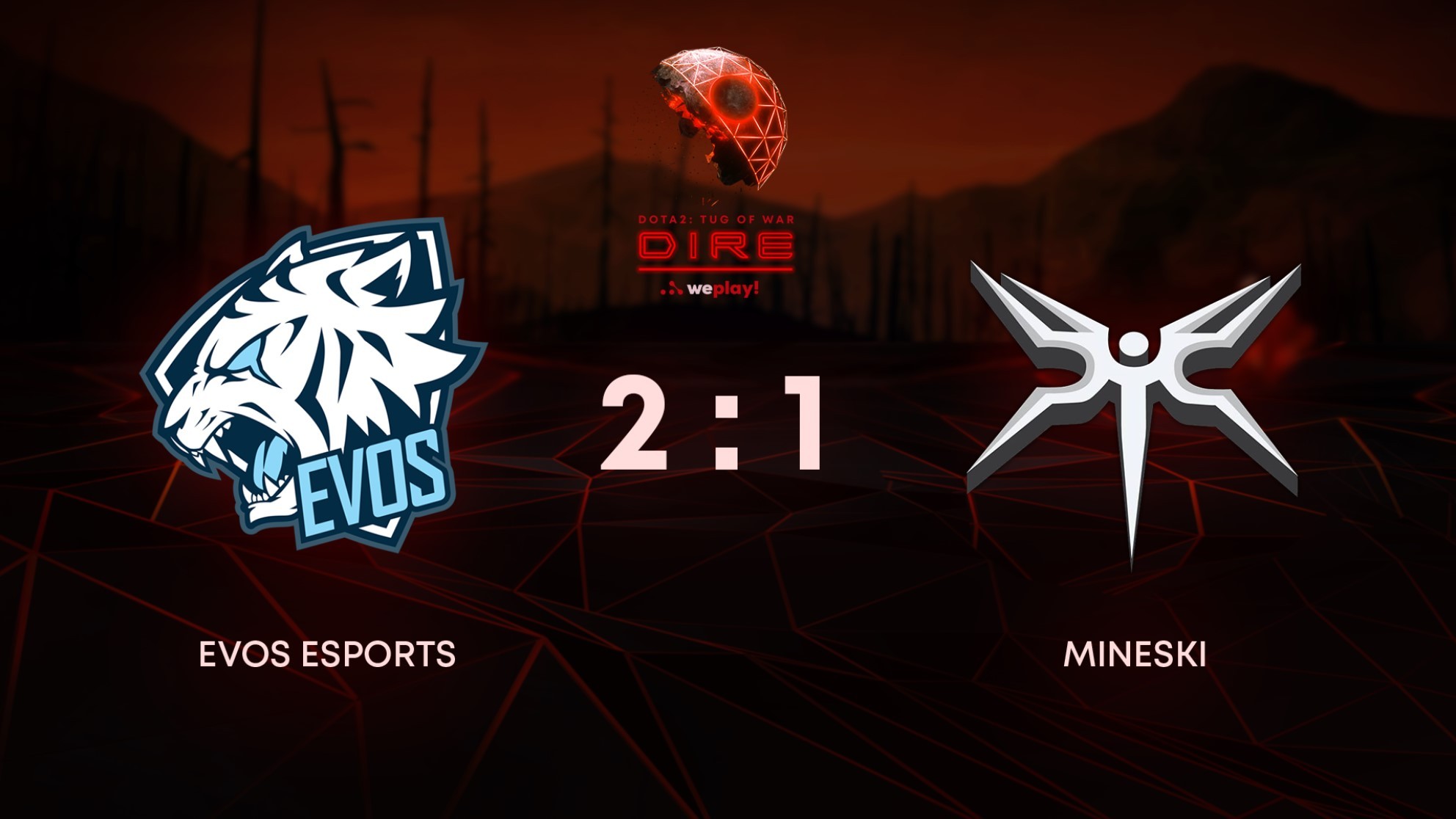 So we got to the first sensation: in the first series of the tournament directly invited to the second round of WePlay! Tug of War: Dire Mineski lost to the underdogs from Team EVOS.

Regional grandee had difficulties already on the first map: the omnipresent Troll Warlord performed by Team EVOS turned out to be stronger and Pangolier and Wraith King from Mineski couldn't do anything even with Aghanim’s Scepter on Death Prophet. Southeast team did not last half an hour.

On the second map, Troll Warlord finally was banned, and Mineski restored the status quo in the series: Outworld Devourer from Moon was too good.

The final map of the meeting turned out to be a real test for both teams and spectators: the rivals fought macro battles, challenged Roshan and set up ambushes for an hour. Mineski managed to collect as many as three Aghanim’s Scepter, but only one BKB. And we are speaking of the enemy's Grimstroke and Sandking! In the decisive battle, these characters ideally cast their spells, which provided Team EVOS with a victory in the series, and us — with a little sensation.

Royal Never Give Up vs Newbee 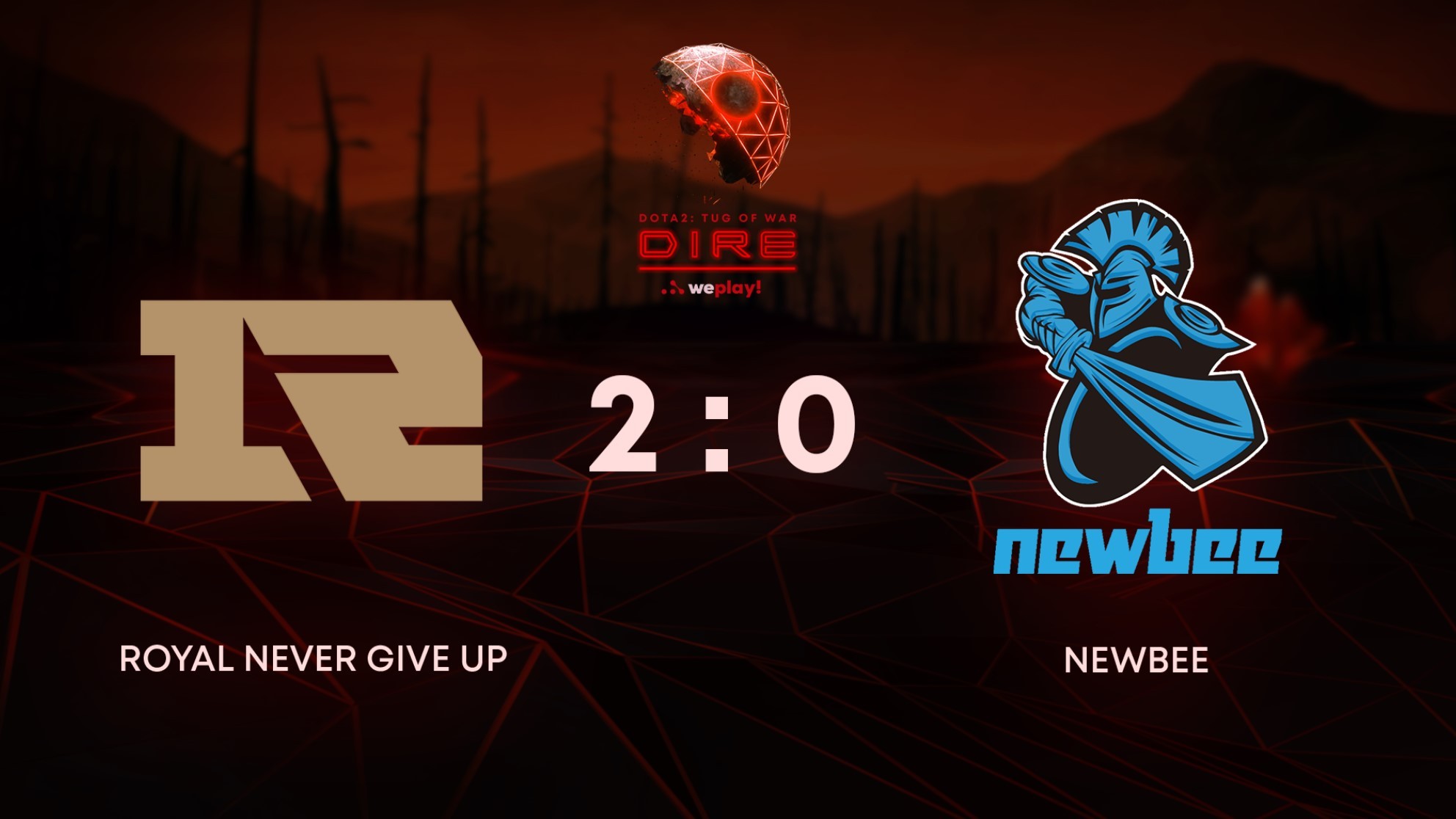 The most eminent teams of this evening were playing the last. The headliners of the evening were Newbee and Royal Never Give Up. Unfortunately, there were no "bloody battles" or "Dota Arena", and not only because the disciplined Chinese teams got off the map. The fact is that Newbee has been on the forced march along its own black line for some time, and nothing can help the team change the chosen course. neither the reshuffles nor the new patches.

The champions gave away the first map outrageously fast. Royal Never Give Up gathered their squad according to the latest fashion: Outworld Devourer, Earthshaker, Grimstroke, Doom and the prepared Chaos Knight. It was simply impossible to look at all this magnificence for more than twenty minutes, as  Newbee was left without buybacks, lane — and the will to win.

The second map, although it had a purely formal status, lasted almost twice as long. Closer to the fortieth minute, all the fight was about buybacks, and, as you know, a buyback is good for those who have it and bad for those who do not have it. Royal Never Give Up defeated the opponent at their own Ancient, and Outworld Devourer produced a Rampage.

Newbee left WePlay! Tug of War: Dire, and Royal Never Give Up are waiting for their opponent in the semifinal of the Asian grid.

Schedule for the next day

The schedule for the next (fourth) tournament day can be found here.