More than six months have passed, so it's time to count the money earned by the esports organisations in 2019. Only by prize pool winnings, of course, because we can't tell the exact earnings due to it's not the end of the financial year yet and there are no official reports.

60 million dollars played and it's not even The International 2019 time yet. While Valve's main tournament prize pool has already broken the previous year record, Fortnite's $30m World Cup, and we expect many more highly funded cups, the overall numbers can easily make it over $150 million.

So, Esports Observer made it clear: Team Liquid has won most of the others, making it almost twice as the third team has. You can check the full list here and find your favourite team. Let's work this out a bit closer. 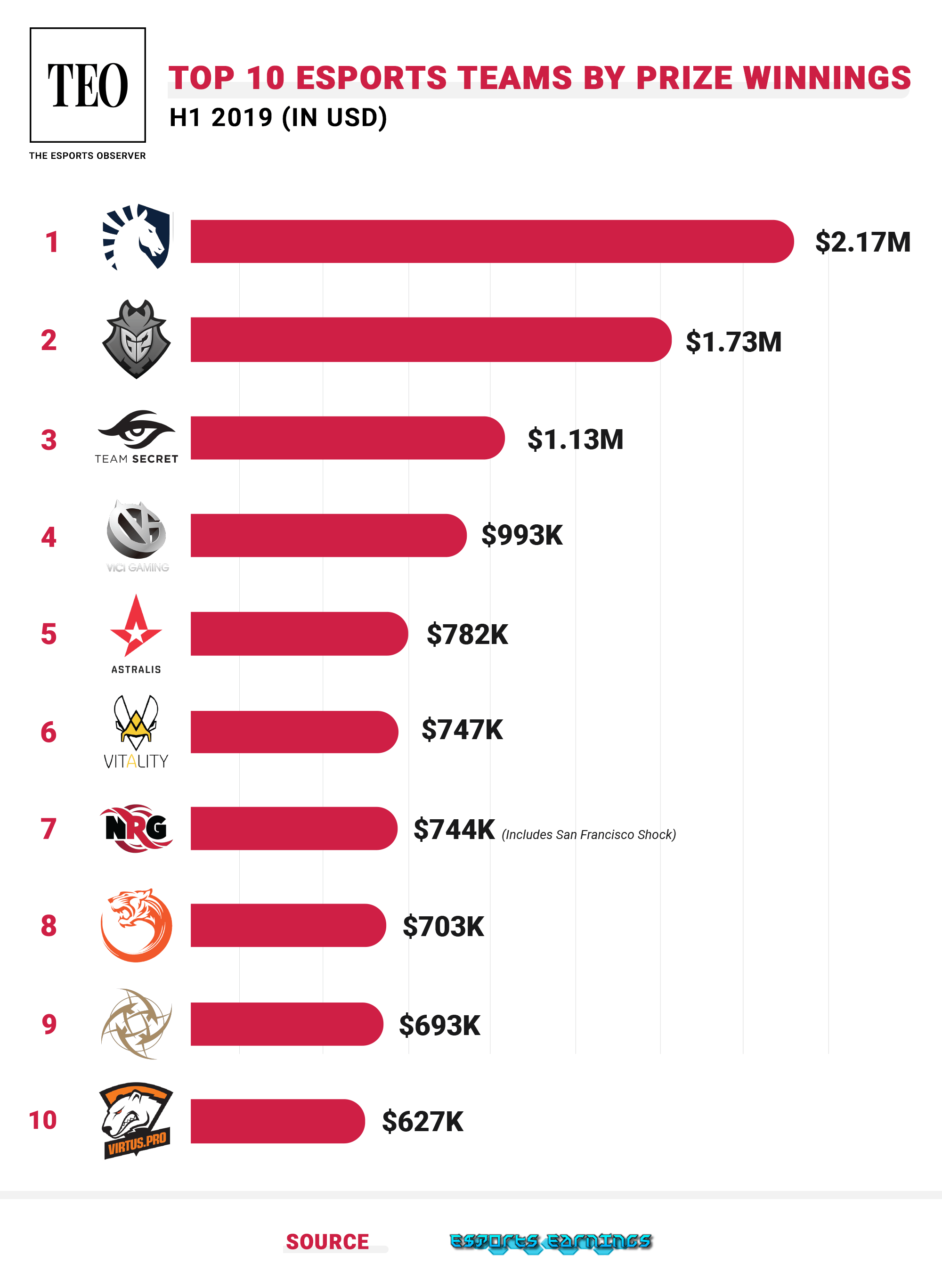 2019 is a good year for Virtus.pro, as the biggest part of their income was made by Dota 2 team:

There were the times when everyone was afraid of Virtus.pro CS:GO team, but not today: only $27,000 made this year. And $16,000 via Fortnite. Have you noticed? No big wins, but the only CIS team in the list.

You could never think of Team Vitality hitting the list, but in June, they have had two huge wins: CS:GO ECS Season 7 Finals earned them $225,000 and Rocket League Championship Series World Championship had $200,000. By the way, Team Vitality's CS:GO roster made it $437,000 this year, which is more than a half of the total income, while Rocket League strikes again with $259,000 via different tournaments. Guess who's on third? Hearthstone with $21,000.

Team Secret knows how to play Dota 2 and win it: for five straight years, the team has won at least $1m per year thanks to this game. In 2019, Team Secret has won four tournaments of the total six where they have participated:

Ubisoft is working hard on establishing Rainbow Six Siege as a major esports discipline and G2 Esports likes that. They've made $800,000 for winning the Six Invitational 2019, February's championship (might be considered as the World Cup). G2 has also earned $490,000 through League of Legends with $400,000 coming from Mid-Season Invitational in May. $227,000 came from CS:GO, and $162,000 — from Rocket League thanks to placing second at RLCS World Championship.