Top-10 best games and trailers from E3 2019 ⚡⚡⚡ Esports and gaming news, analytics, reviews on WePlay! The latest news on WePlay!

Everyone can still feel the aftershocks of E3 2019, even the people not much interested in the game world. Four hot and sunny days in Los Angeles and four sleepless nights for Europeans had us excited from the very start to the last minute. It would be quite unfair to name only one game to win the exhibition, so we made a top-10 list of games shown at E3 2019 for you. Oh well, okay, Electronic Arts, we will include those games you brought to EA Play the day before E3 started. Spoilers: no Anthem on the list.

10. The Legend of Zelda: Breath of the Wild Sequel

This announcement broke our hearts. The original Breath of the Wild came out only on Nintendo Switch and Wii U but managed to outsold everything almost everywhere for quite fair reasons. The sequel is in development, as the developers told us at their show which was more of a Nintendo Direct than a full-time E3 conference. Link will come back and save her Majesty's kingdom once again!

Quarantine looks like something you won't expect from Ubisoft. Shown at their E3 display, this new cooperative multiplayer PvE shooter without any competitive element might develop into something enjoyable. The idea came during the creation of Pioneer — you could have seen it in Watch_Dogs 2 mission when hacking into the Ubisoft office. The developers decided to reconsider the original idea of peaceful space exploration simulator in favour of a more familiar sci-fi horror multiplayer experience.

Square Enix had revealed new gameplay and cinematic trailers of Final Fantasy VII Remake which seems to be made by those who loved the original game. Gameplay footage shows us a great combat system, the game has nice graphics and will come out on two Blu-Ray disks in the spring of 2020. Besides, the developers may release the game in several parts or chapters.

The long-awaited teaser came into us at Square Enix's press conference and it felt... bad. Yes, there was only a tiny little bit of gameplay in a trailer with no concrete information, but the game is definitely not breathtaking and won't surprise us with the scenario. Crystal Dynamics are late for a couple of years because their ideas are not new. The developers told that this will be the game-as-a-service project, so, double meh.

Arkane studio, the creators of Dishonored and Prey series, had revealed their new game Deathloop at Bethesda's show. An ambitious project that might take us into farming and then trying to kill the only opponent on the map. The plot tells us about two mercenaries, Julianna and Colt, stuck in a time-loop and trying to kill each other.

The sequel for the award-winning RPG about living in a modern vampire society is coming in Q1 of 2020. We're having a game of choices: would you become a true undead and conquer the humanity (but start with a city) or abandon what you've been "gifted" and try to destroy the bloodsucking community? Gameplay footage below!

BFGs out, my dudes! We're going to Hell and then to Heaven! More brutal, more savage, more epic and more attractive — there is no meaning in describing the new DOOM Eternal, you already know what's it going to be like. A rare Bethesda's (id Software's) project that just can't fail. You can read all the info about the game in a dedicated article.

Devolver Digital is at its best. How come Mahria Zook doesn't have an Oscar? Twenty minutes of pure gold. 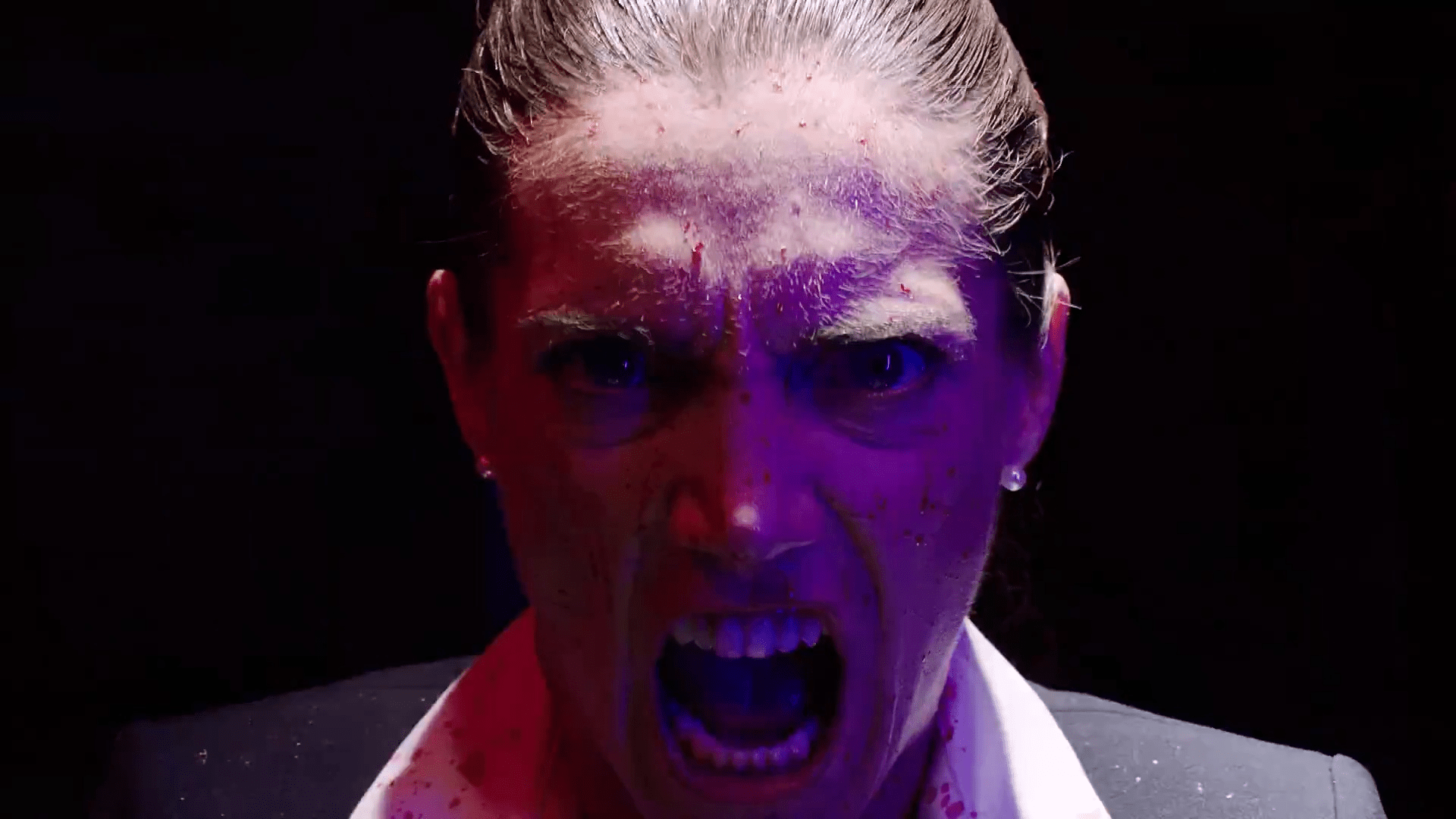 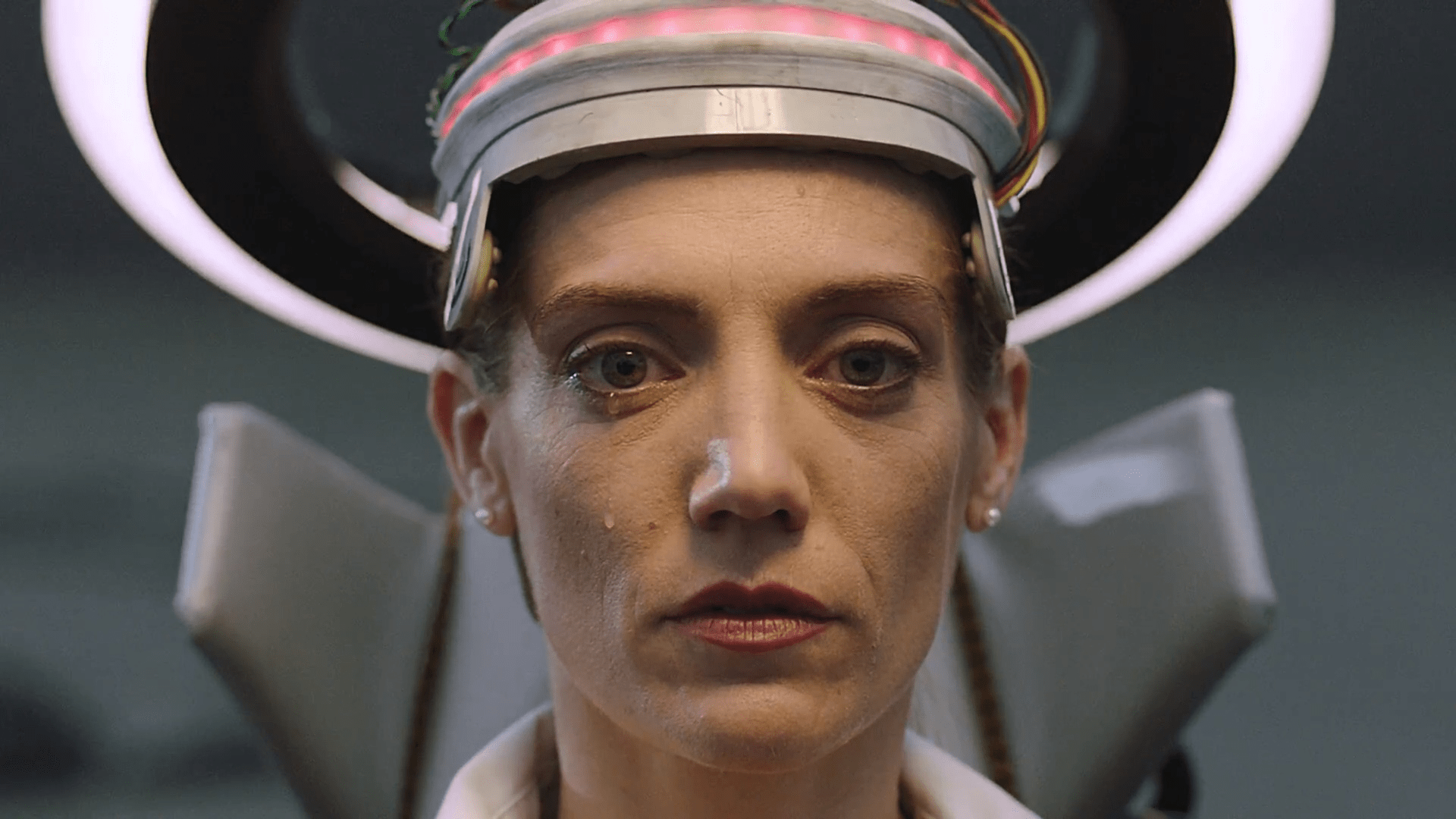 Borderlands 3 is just a few months away with a scheduled release date on September, 13th. At Microsoft's E3 2019 conference, Paul Sage, Gearbox's creative director, answered some questions coming live from social media in addition to ones from hosting Sean "Day9" Plott. Briefly:

The only game from EA's show held before the main E3 2019 event. Well, honestly, there was a tiny story trailer at Xbox Show, but the main thing — the gameplay footage with lightsabers, Force usage and stormtroopers typical aim — we've got at EA Play. You can read some stuff on the stuff shown at E3 here.

Ubisoft not only announced Watch_Dogs Legion at E3 2019 but even revealed ten minutes of gameplay! And yes, you can literally play as any NPC, still, with a couple of "buts". "We need to recruit a resistance," says the slogan. Brexit hits, UK is in chaos, our duty is to save it. More information — through the link.

This is not a game, but an important reveal by Microsoft. Project Scarlett, the next generation Xbox console, is set to release on holidays of 2020. Sony missed E3, so the Mics knew what to do. The announced machine is fast as hell and powerful as an Olympic god. What would you prefer — Scarlett or PlayStation 5?

You knew it, didn't you? It's not only about Keanu Reeves. CD Projekt Red are making an unimaginably excellent game. The announced release date is April, 16th, 2020. We understand (and remember The Witcher 3 delays) that CDPR can reschedule the release due to polishing needs (to polish, not Polish), and we will definitely believe them and let them do their job. We've got a bunch of dedicated articles:

The trailer has 8,5 million views right now and the number won't stop growing. Moreover, we'll get 50 minutes of gameplay footage shown at a closed conference, in August.