The map started with 3 kills from TNC within 6 minutes. The aggressive play of the Philippine team brought them a slight advantage in gold at the beginning. Exchanging Tier-1 at TNC's bottom and Liquid's top lane, the European squad beat Roshan and could snatch Aegis, but TNC finished him to get a little gold. The quick fights in the forest didn't turn the game to the Liquid's favour.

The TNC players were able to farm the significant items (Kunkka had Heaven's Halberd, Shadow Blade, and Batraider had Blink), faster than their rival, and led the map. Team Liquid calmly took opponent's pace: they were patient until 25th minute and the fight on Roshan. Aegis, two BKB on cores, the long fight and the destroyed mid lane, were in Liquid's favour. Their great tactic to fight, retreat, wait for buybacks and push again helped Team Liquid to led the map with 8 000 advantage in gold. They clamped the opponent on the base, quickly destroyed Tier-2 towers and after a couple of the quick fights and useless buybacks, destroyed the Ancient. Team Liquid 1:0, well played! 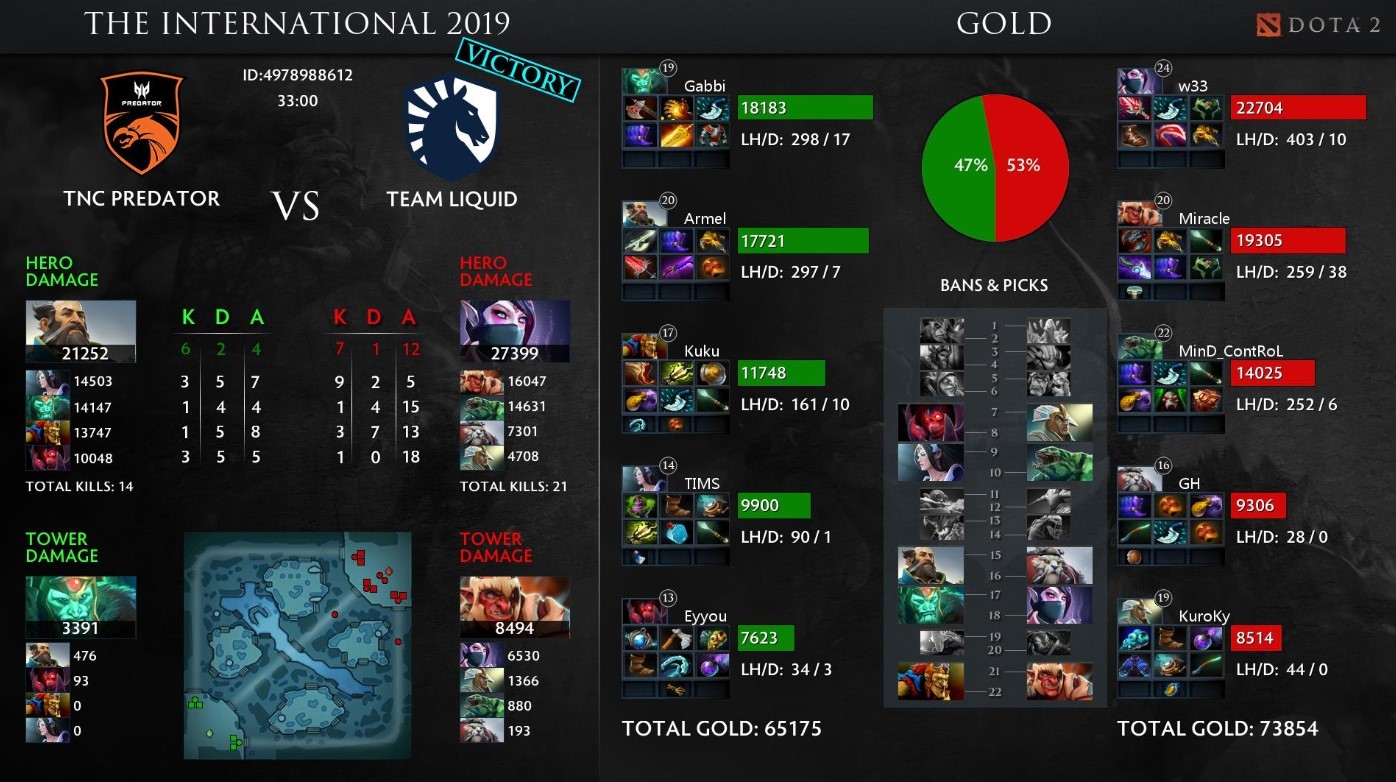 First blood on KuroKy helped TNC to lead the game again. The second map repeated the scenario of the previous game with the Philippine team advantage in gold. ARMEL showed his excellent skills as midlaner, killing two rival's heroes in the forest on the 15th minute.

Then TNC beat Roshan and got Aegis for Bristleback on the 19th minute. The game was more or less quiet until 29th minute and another Roshan to TNC. Miracle- got the necessary space to farm. Team Liquid distracted the opponent, who tried to enter the base through the mid lane and destroyed their Tier-3 on the top and bottom lanes, gaining the advantage in gold.

It seemed like Anti-Mage had no interest in fights, he methodically pushed the lines and destroyed Shrines with the great support from KuroKy. Everything was decided after 40th minute and Aegis for Miracle-. TNC lost their hopes, watching Miracle- destroying their base and killing heroes. 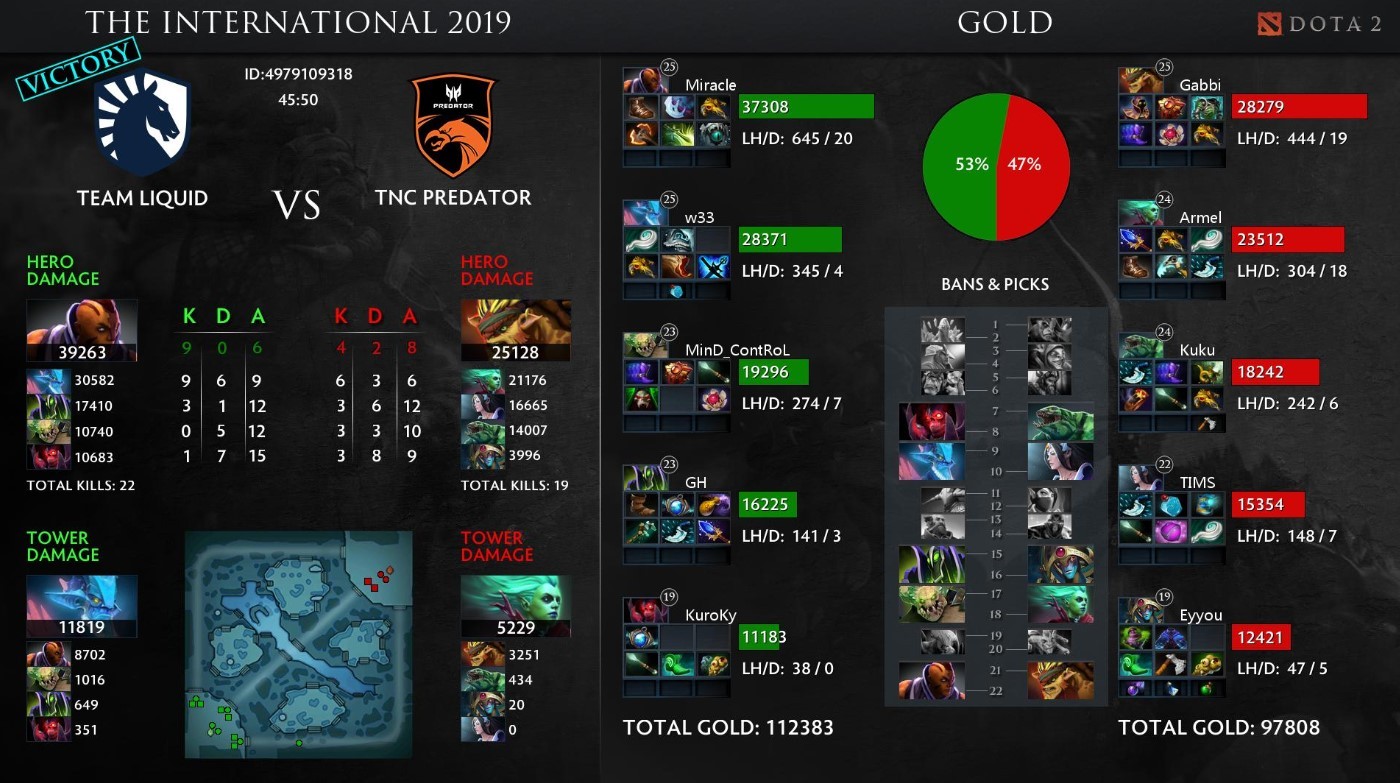