#TI9: Royal Never Give Up vs Natus Vincere

#TI9: Royal Never Give Up vs Natus Vincere ⚡⚡⚡ Esports and gaming news, analytics, reviews on WePlay! The latest news on WePlay!

RNG was in a difficult situation by the third tournament day: the Chinese team lost three series and was in the bottom of the group bracket. Natus Vincere, in turn, took third place at the start of the series and was in the zone of getting to the top Playoffs bracket. Nevertheless, despite the presence of a clear favourite, the meeting ended in favour of the Chinese team.

The Chinese team has relied on group battles - Invoker, Sand King, Gyrocopter and Elder Titan under the protection of the Mirana's ultimate ability. NAVI responded with Earth Spirit, refreshing the draft of Warlock, Enchantress, and Viper on the mid lane.

After unsuccesful draft stage, NAVI had to fight almost from the beginning. Crystallize entered the midgame with 3:0 score, while the whole team was 7 thousand behind in gold. A key battle happened in the 27th minute. Thanks to the RNG excellent initiation, they caught an opponent in the center of the map and killed three characters, including Spectre. The Chinese team unmistakably launched a siege and depleted all the opponent’s resources — NAVI finally lost their pace and five minutes later they wrote "gg". 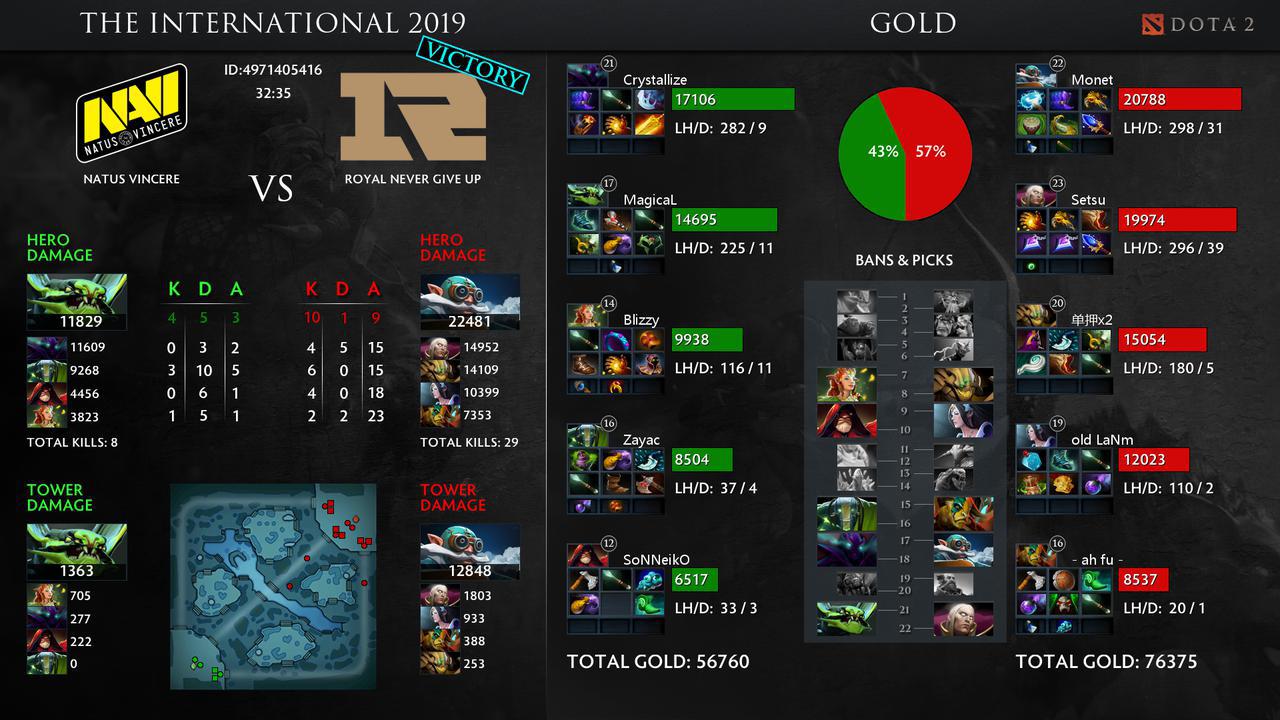 The second game resembled one huge highlight - a lot of buybacks, the theft of Aegis, flights on Realty Rist and Underlord on the mid. At some point, thick Underlord, Elder Titan, and Tidehunter became too hard for the "born to win" characters. RNG could enter the opponent's base on the top lane, destroying the tower and both barracks.

RNG took Roshan and entered the enemy base at the 43rd minute. The Chinese team quickly destroyed the remaining two lines of the opponent and kept the NAVI characters near the fountain. Underlord turned out to be the RNG's bargaining chip.

NAVI received the second defeat in the group.