In the battle for reaching the top-4 of The International 2019, representatives of the European Team Secret met the grandees of the Chinese division Vici Gaming. There is a saying among the people: Team Secret's strongest side is Puppey's drafts, and the weakest side is Puppey's drafts. This time, Clement’s superpowers worked well, and the Estonian captain won both maps for his team at the pick stage.

Inveterate Puppey easily over-drafted the opponent: he picked Io as carry which took the Chinese team by surprise. After an excellent laning stage, Nisha's Io received a fundamental boost and purchased Aghanim’s Scepter by the 15th minute.

When Io received the key artefact, Team Secret rushed into the attack: from 17 to 23 minutes of the match the advantage of Secret increased from the 7:4 to 18:5 on the scoreboard! In this short time, Vici Gaming suffered two team wipes, lost the bottom side and finally conceded defeat on the first map. The trump card from the Estonian sleeve played as reliably as possible. 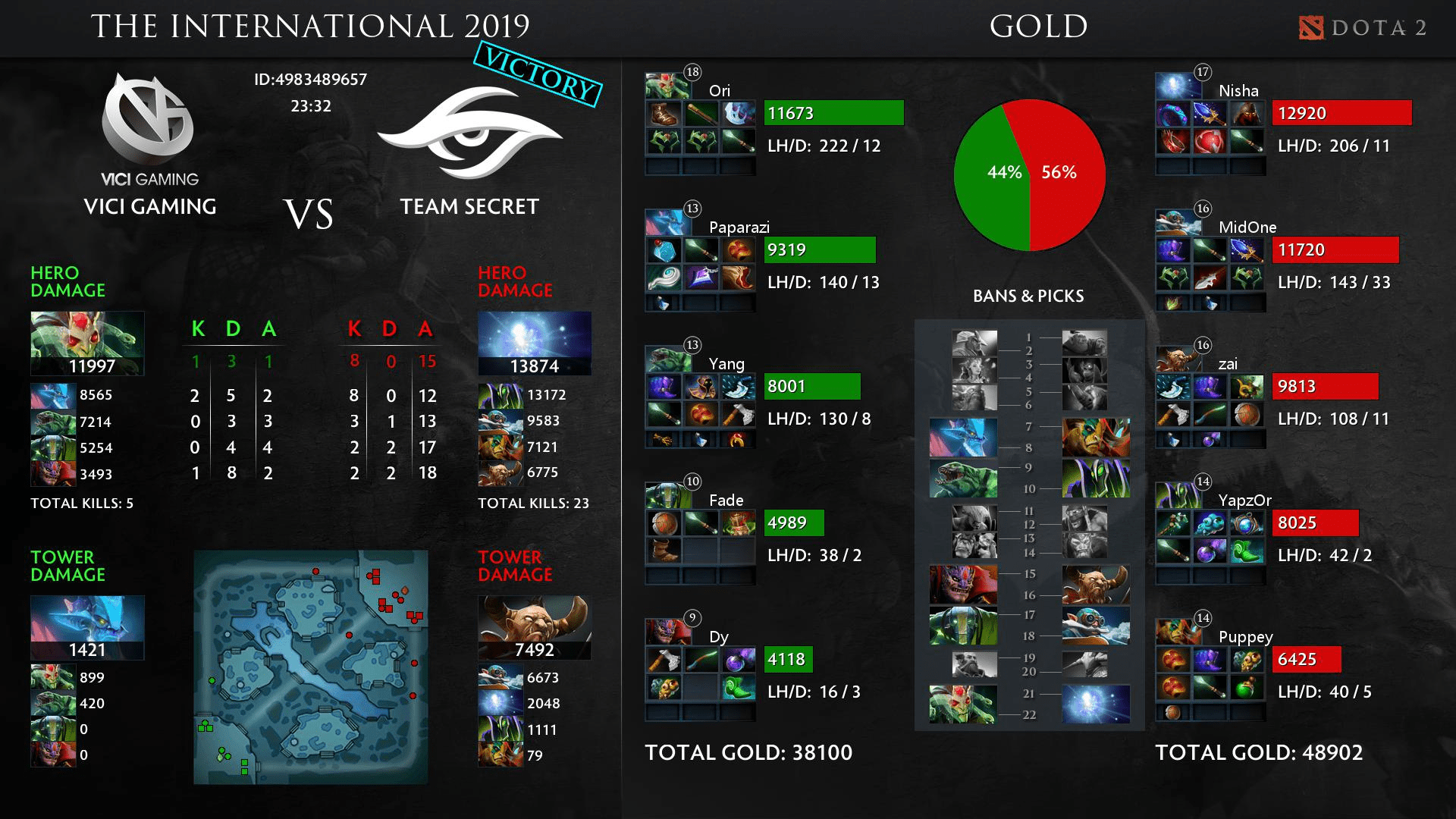 The trend unexpected carries from Team Secret continued on the second map: this time Nisha got Bristleback, and MidOne went to mid on Tiny. Vici Gaming responded with a draft which the combat power was still to be unleashed during the meeting: Razor, Alchemist and Grimstroke. But there was no space for a manoeuvre.

Team Secret did not forget about the enemy Alchemist and focused on early pressure, generously placing panoramic wards in the opponent's forest. Thanks to Bristleback's strong back and Tiny's potential, Secret left the opponent without external structures in fifteen minutes and did not loosen their grip even for the moment of a retreat to Roshan. Vici Gaming first lost the bottom side, then the top one. Left without buybacks on key characters, the Chinese team threw a white flag.

Team Secret made it two-twenty and entered the list of four best teams of the tournament. Now they are waiting for a match with Team Liquid for reaching the final of the lower bracket. Vici Gaming has left the tournament. 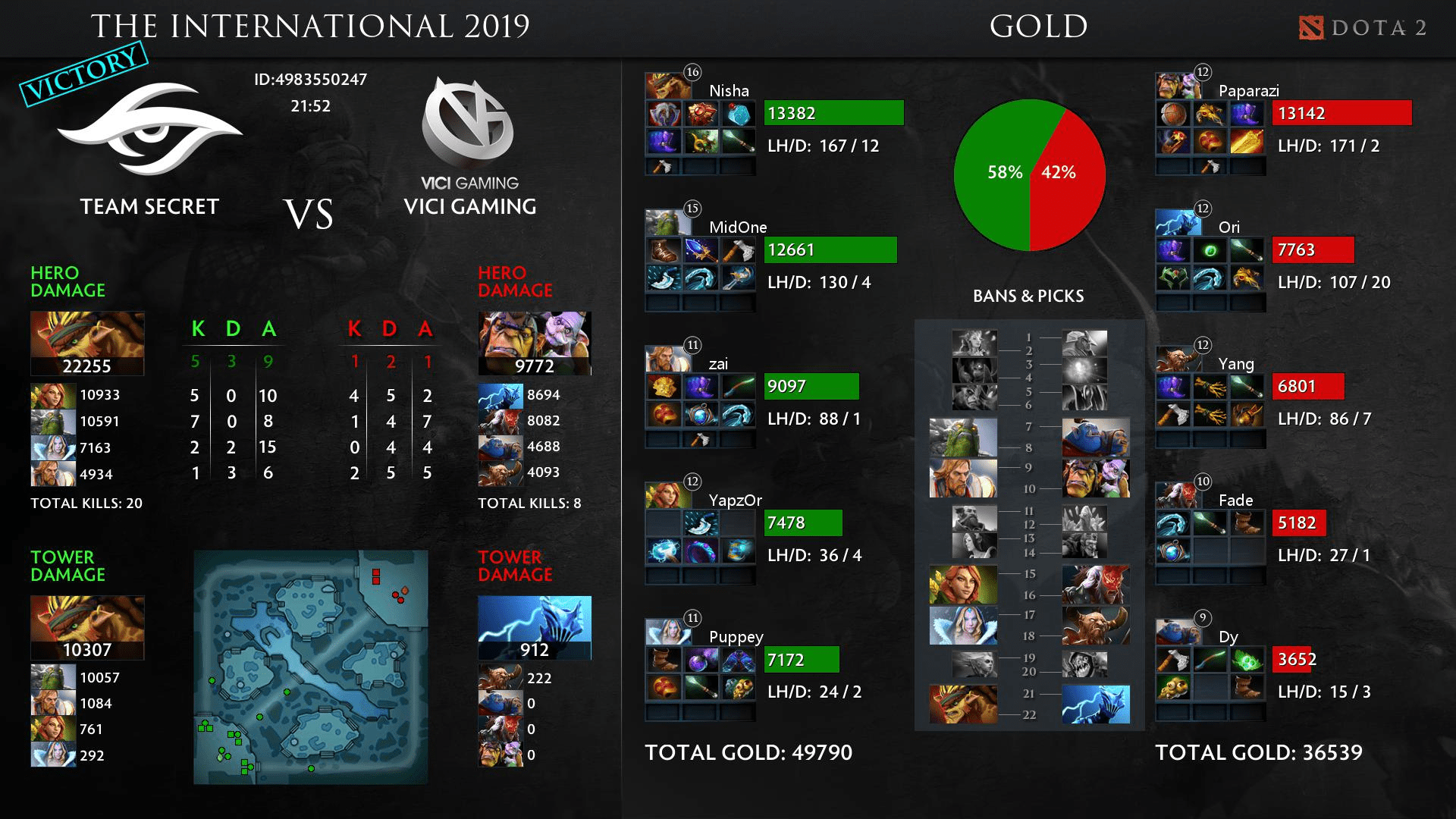