Reigning champions are meeting serious-minded folks. OG versus Newbee. Just before the match started, there was a video about OG's teambuilding where Ceb said: "I don't know if there's enough motivation because we've made impossible." We'll see, Sébastien.

So, core IO again. Sneyking received his beloved Beastmaster though. The game started calmly, as everyone was doing their jobs: cores farming, supports interfering. Newbee drew first blood at the 8th minute. It was a pretty even game but OG played more aggressively. Overfarmed Bristleback is a scary one: OG managed to kill a couple of Newbee's heroes at the top lane, relocated to mid, crashed T3 tower, went deeper into the base, Topson jumped to the enemy's fountain, killed three heroes there and the team retreated having taken the middle racks with them. A few minutes later, OG has won another micro-fight, Newbee ran away. But then, n0tail's gang has just stepped to the enemy's fountain and killed the whole opponent team. What? pieliedie writes "ok, gg".

Topson got Monkey King to counter midlane Ember from CCnC. But he eventually gave up first blood just before the 3-minute mark. Then, he killed both ganking Earthshaker and Ember a couple of times. And Newbee was so much into trying to prevent Monkey King from farming that they just left ana to do what he wanted. It was a game of the struggle for CCnC as he got killed four times by the 15th minute. Jugger and MK were top networth at that moment. The first massive 5v5 fight took place at Roshpit, 20:30. Guess what? Monkey King is just unstoppable with that farm. Three dead Newbee bodies, no OG casualties.

OG tried to attack bottom racks at the 23rd minute but Newbee managed to kill three heroes including MK's Aegies, so Topson's 11 kill streak ended. A few minutes later, OG won a fight in the Newbee's woods, forcing the enemies to buy back and die again. Seven deaths (three diebacks), only CCnC somehow survived. At the 32nd minute, OG caught Newbee, dealt with some of them, penetrated the base and had a tough fight there. Still, it was too late. Four deaths, no buybacks and OG proceed to the next round while Newbee will go to the lower bracket. 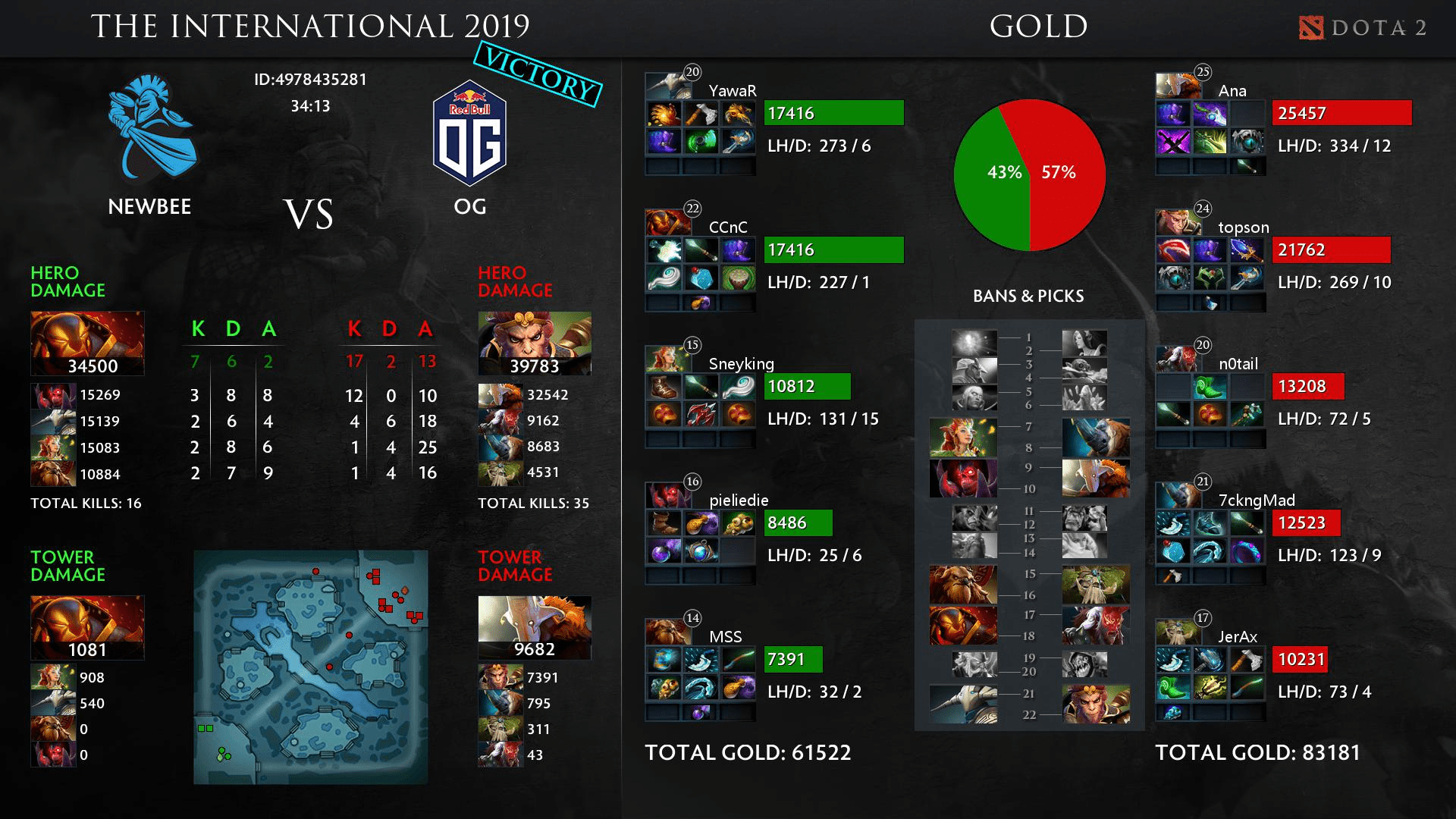