Friday started with NAVI against Infamous (ex-Anvorgesa), the very underdog of the second group. The series set the bar for entertainment already on the first map. Peruvians made a comeback, nevertheless, on the second map, Natus Vincere, contrary to logic, withstood mega-creeps and brought secured the draw.

NAVI started with active pressure from the first minutes of the match. The aggressively arranged wards and draft features designed for early aggression did pay off: by the 20th minute, NAVI pressed the opponent to the base and went ahead in gold. The situation on the map did not allow South American team's cores to receive the life-giving farm, and Infamous significantly sank in the overall combat efficiency. This led to the fact that by the 45th minute of the match, NAVI's gold advantage was about 25 thousand. Nevertheless, pressed against the wall, Infamous won several fights and purchased key artefacts, which significantly stretched the map.

The confrontation turned into a game of buybacks. Both teams lost two sides, but the South Americans were in a better position: Infamous not only got out of the financial hole and even stepped forward, but also successfully crawled to the late stage of the game, where their draft looked more preferable than the opponent’s strategy tied to early domination.

By the 60th minute, the Peruvians brought the meeting to mega-creeps and naturally led in a series. 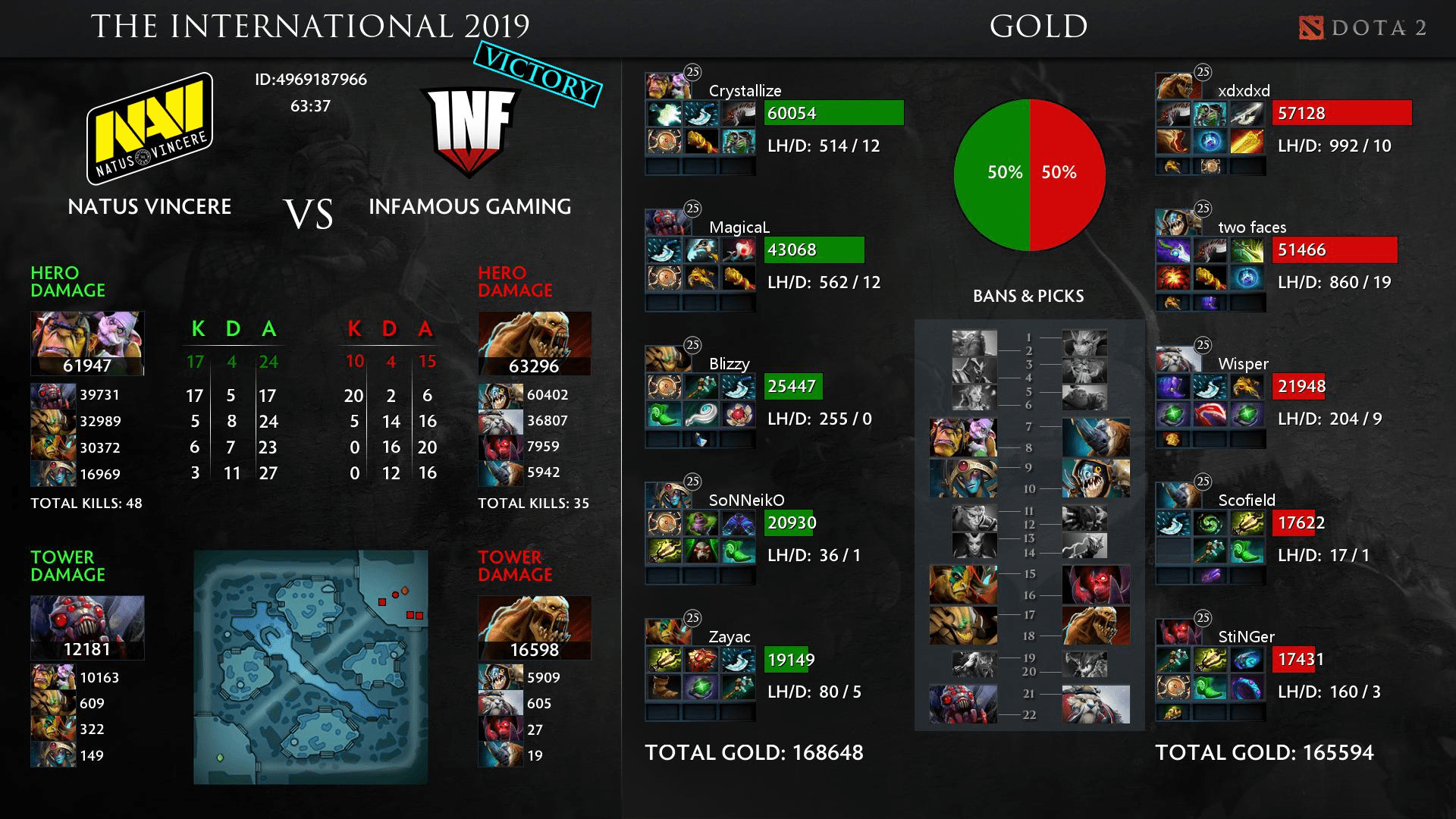 Natus Vincere picked Alchemist again, pairing him with Dazzle to play mid. ex-Anvorgeza chose Juggernaut and Leshrac and stole the opponent's Broodmother. The Peruvians managed to get a minimal advantage at the start of the game, and even go ahead in gold, but NAVI, who ready for early battles, quickly pacified the opponent's hot temperament. At the 18th minute, Crystallize on Alchemist has been running around the enemy base and a minute later, Infamous lost their middle lane. The sanctuary lost its invulnerability.

However, the Peruvians found the strength to stay in the game and, moreover, to catch and kill the opponent without the possibility of doing a buyback. Infamous destroyed all enemy fortifications, unleashing the mega-creeps once again.

At some point, complete chaos reigned on the map! But, apparently, the desire to win after an unfortunate defeat in the first match turned out to be stronger than game mechanics, and NAVI managed to snatch victory from the Peruvian team. 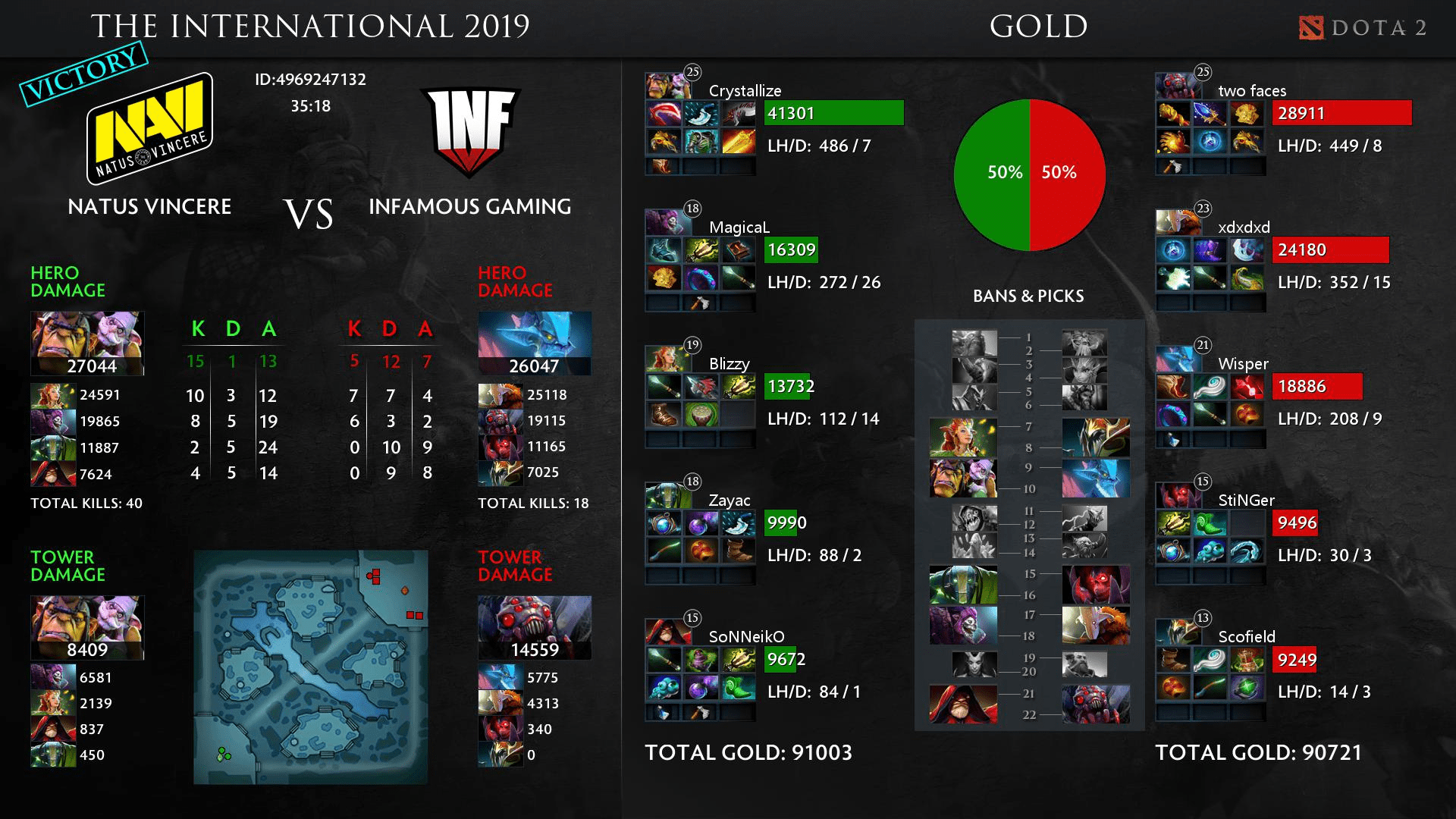