Infamous is one of the youngest teams at The International 2019, while Keen Gaming has made a long and nervous path to reach this tournament. And today they will fight to proceed through Best of 1 series. The winner will meet either OG or Newbee who will clash tomorrow.

Both these teams are known for their aggressive playstyle, so we were expecting quite an exciting battle. So, Infamous made a clear statement: they were going to fight, not farm. Well, there were not a lot of kills but constant tries. On the other hand, Keen Gaming did their homework: they knew Hector should be killed again and again, which they implemented repeatedly. Closer to 13th minute, the game turned: Infamous were the ones to farm, Keen were on the hunt after opponents.

At the 22nd minute, Hector came out from the woods and Infamous smashed Keen Gaming. It was just too early to rush onto high ground, so they've released the attack and went farming again. 10-7 was the score in favour of KG, but the Brazilian team had 5k gold advantage. At the 25th minute, in a fight near Roshan, it would seem that KG under the Omniknight's ultimate were shifting the game upside down, but overfed Infamous suffered a bit, turn their faces and kill almost all rivals, including buybacks (poor Doctor Doctor).

A fight in just 30 minutes, Infamous destroy all the barracks Keen Gaming had: mega creeps. Hector closes the opponent under the fountain. GG! Infamous are the top-12 of The International 2019! 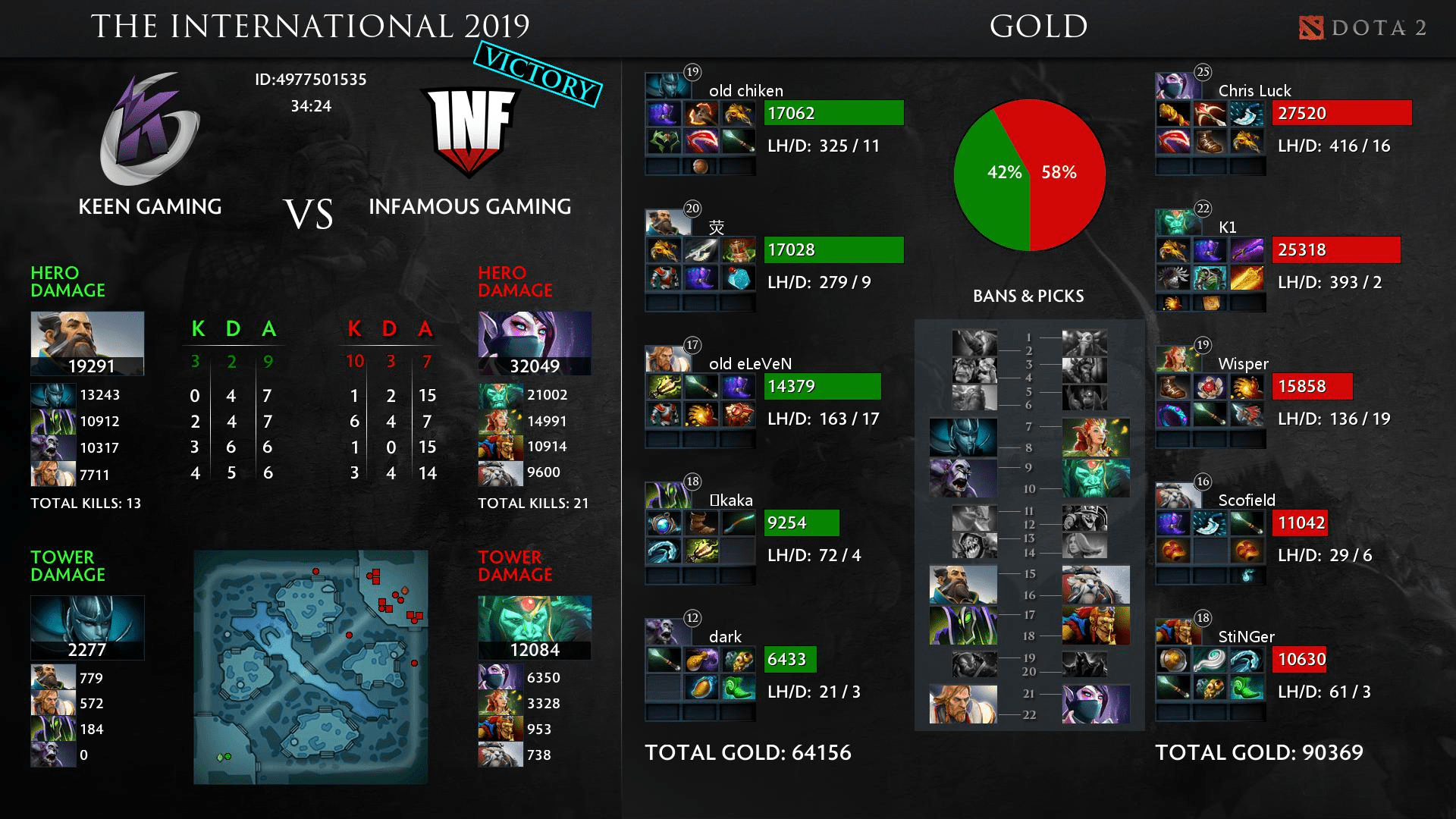