Who's going to be the TNC Predator rival in the Lower Bracket Round 2? We'll find it out in the Fnatic vs Team Liquid match.

Slow farm from both sides with greedy Tidehunter near rival's Tier-3 was interrupted with the Tide's first blood by iceiceice and Kunkka initiative on the 6th minute. After that Abed and DJ started to "walk" through the lines and destroy the opponent's Tiers.

Liquid didn't like this situation and punished Fnatic, taking control of the map. Although Fnatic tried to pull the blanket on their side, Liquid felt quite well and held almost every fight in their favour.

Poor Roshan was disturbed a lot of times by both teams until Miracle- finally beat him on 26th minute. Then a couple of successful fights and Liquid destroyed all the fortifications on the Fnatic's bottom lane on 33rd minute.

An awful mistake from Enigma with Blackhole cost the team another Roshan and the game. GG, Team Liquid 1:0 Fnatic. 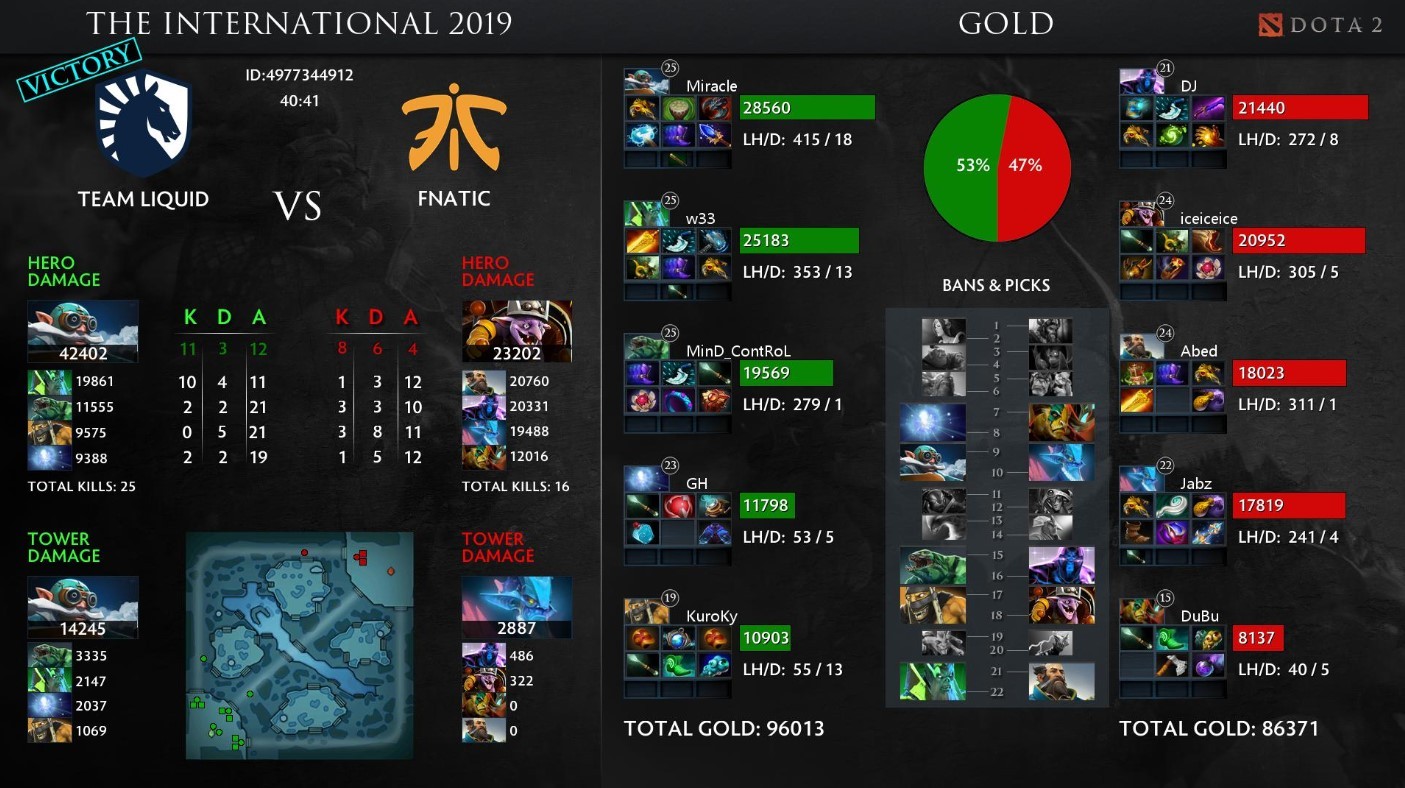 All the best from the Fnatic vs Team Liquid match right in this video: