It was a fight for survival. After drawing with Vici Gaming, Infamous had their team spirit boosted. Now it was time to show Fnatic what they've got.

Fnatic started the game aggressively and pushed. But Infamous did not give up and sometimes showed their teeth. However, the South American team suffered up to the 20th minute, when Hector at WK left the woods with level 17, Radiance, Midas and Blademail. In the first 5 to 5 fight, Fnatic lost, but not all heroes died, so they regrouped. Then came the open midgame. WK's networth was 17k by the 22nd minute. He overtook the closest pursuer — Abed's Invoker — by 5 and a half thousand. However, the rest of the Infamous team didn't farm anything, only fed. "Such WK is game-winning. But this game looks exactly like a scenario when he loses. Your Ench has nothing at this stage of the game, WR has no ulti, Tiny is just a hero that can't do mid well at the moment and you Leshrac just dies," said the commentator. Still, Hector was farming as hell. 29th minute, Roshan fight. It seemed like Infamous was done, but Wraith King did just annihilate the enemy team. 30th-minute net worth: 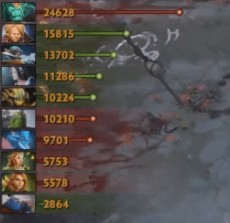 Radiant forest fight at 33rd minute, Infamous won it, went on high ground, Fnatic did two diebacks. Bottom, top and middle lanes lost. Mega creeps. Then, another fight in the woods and Hector wins it for Infamous. 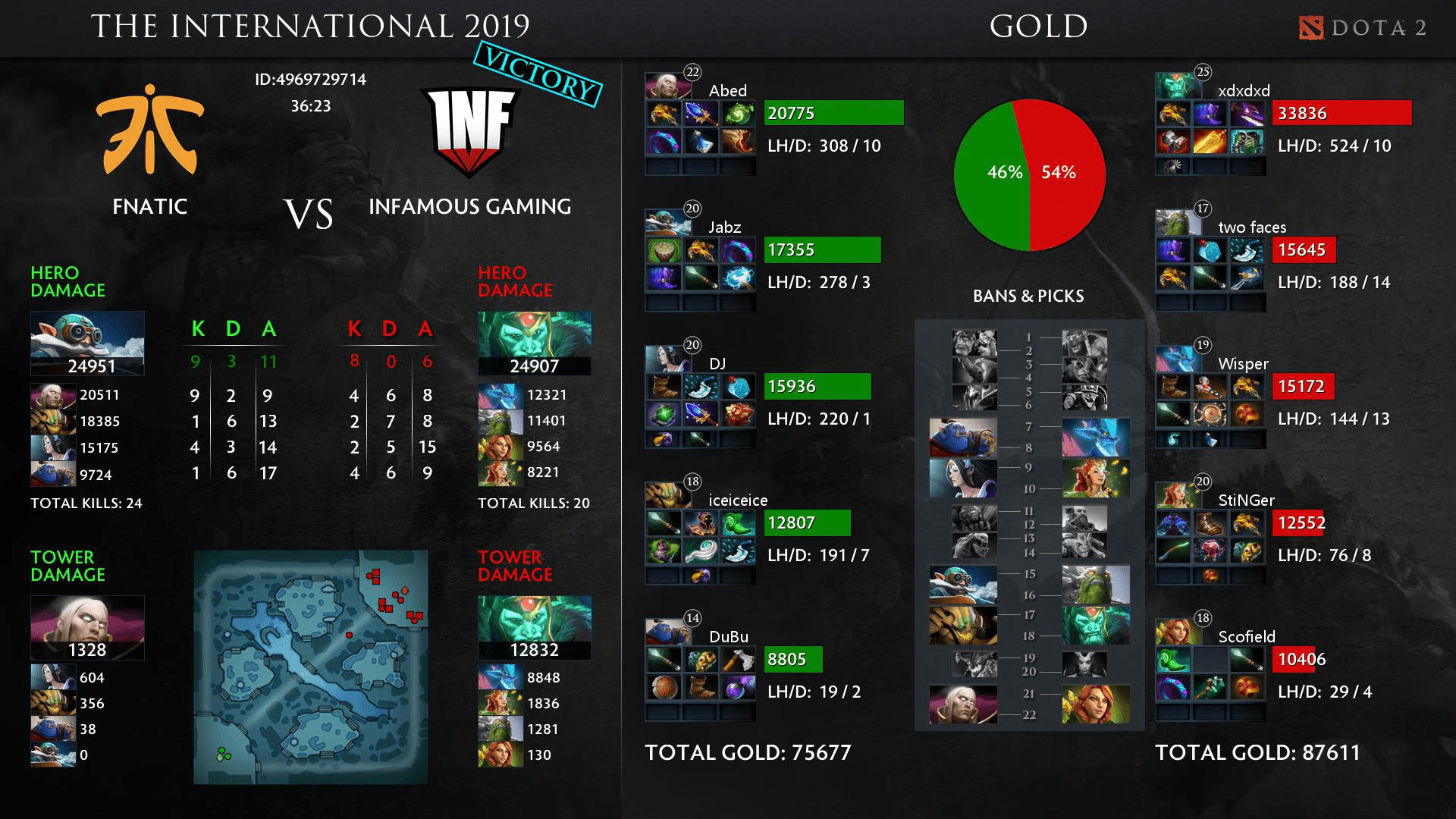 Meepo from Abed vs. Chris Luck on Slark. An early game was marked by teams attacking each other periodically but not intentionally. Everything went as usual, only Sven farmed poorly. The first serious teamfight happened in the 20th minute. In Dire's forest, Infamous was defeated, but Meepo barely ran away from death. Again, the battle in the same forest, Infamous, except Slark and LS die, Fnatic calmly take Roshan. Literally a minute later, on the lower T1 Infamous tower, all the Fnatic heroes were torn to pieces, even Meepo with Aegis. The bottom lane is falling. At 30 minutes' mark, Infamous repeat the same scenario. And K1 mockingly runs after Sven dancing with a taunt and killing him with Radiance. Mega Creeps. A couple more fights, Fnatic give up. 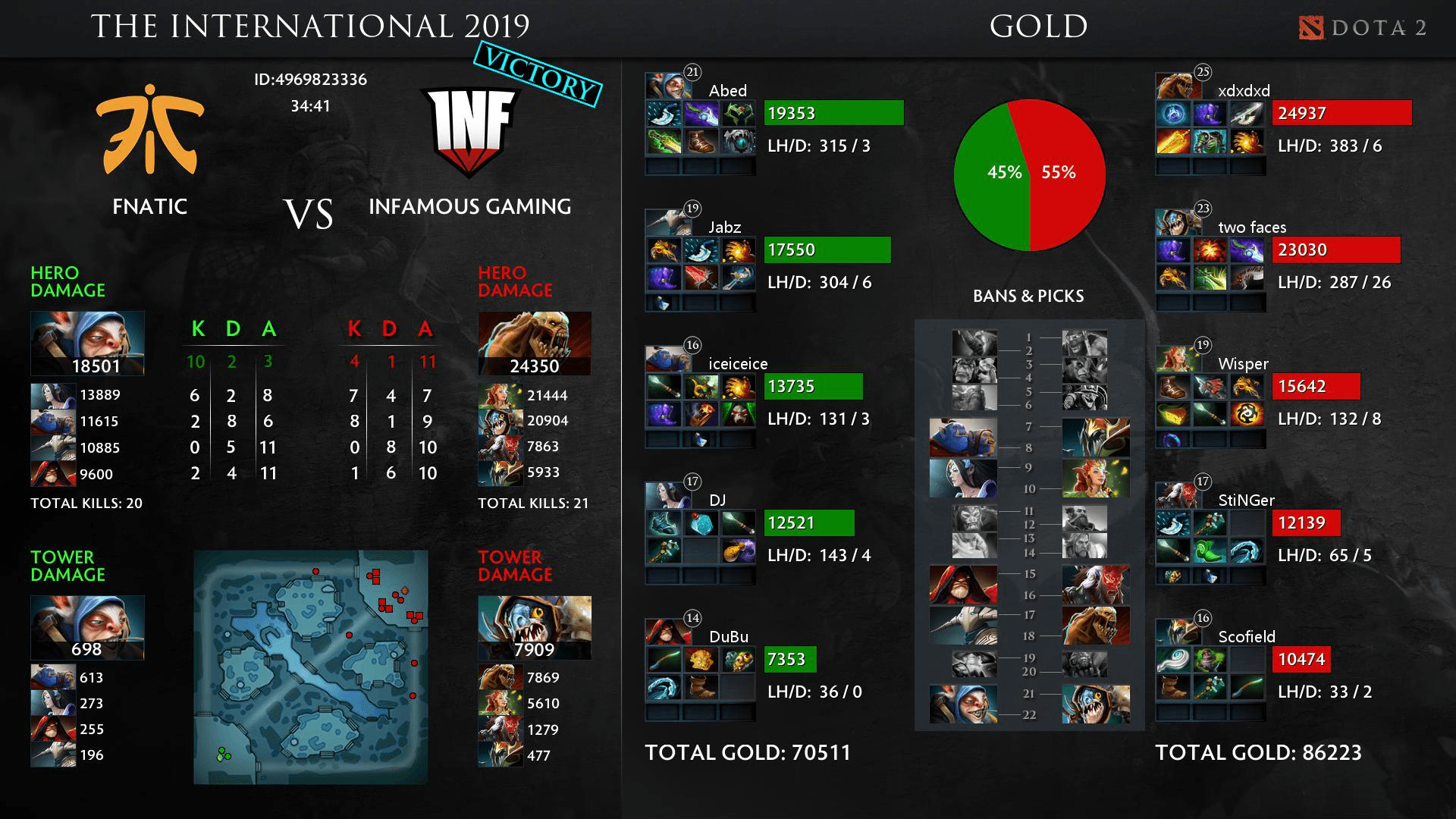