#TI9: Alliance vs Royal Never Give Up

#TI9: Alliance vs Royal Never Give Up ⚡⚡⚡ Esports and gaming news, analytics, reviews on WePlay! The latest news on WePlay!

The time for Best of 1 The International 2019 Playoffs games has come! The first one is Alliance vs Royal Never Give Up. The winner of the match will meet Virtus.pro in Best of 3.

Loda was quite confident before the match. He said his team knew what to do and how to play. And The Alliance started aggressively by killing Abaddon just as the clock hit zeroes. And Loda's words were true: the Europeans were playing very boldly and were constantly on the attack. You might think that playing bo1 is quick, but RNG had technical difficulties, so there were a lot of pauses until the 18th minute. Still, the Chinese team wasn't giving up.

RNG bit Alliance at the 25th minute, almost making it into the racks. Then, by the half-hour mark, Anti-Mage decided to join the fight and RNG crashed first Alliance and then their middle barracks. But the Europeans counterattacked and equalled mid lanes.

The decisive battle took place on the 42nd minute. RNG caught their opponents off guard, killed Void and Storm Spirit, went uphill to the base and... destroyed the Ancient. RNG proceed into the next stage, Alliance is eliminated! Never give up! 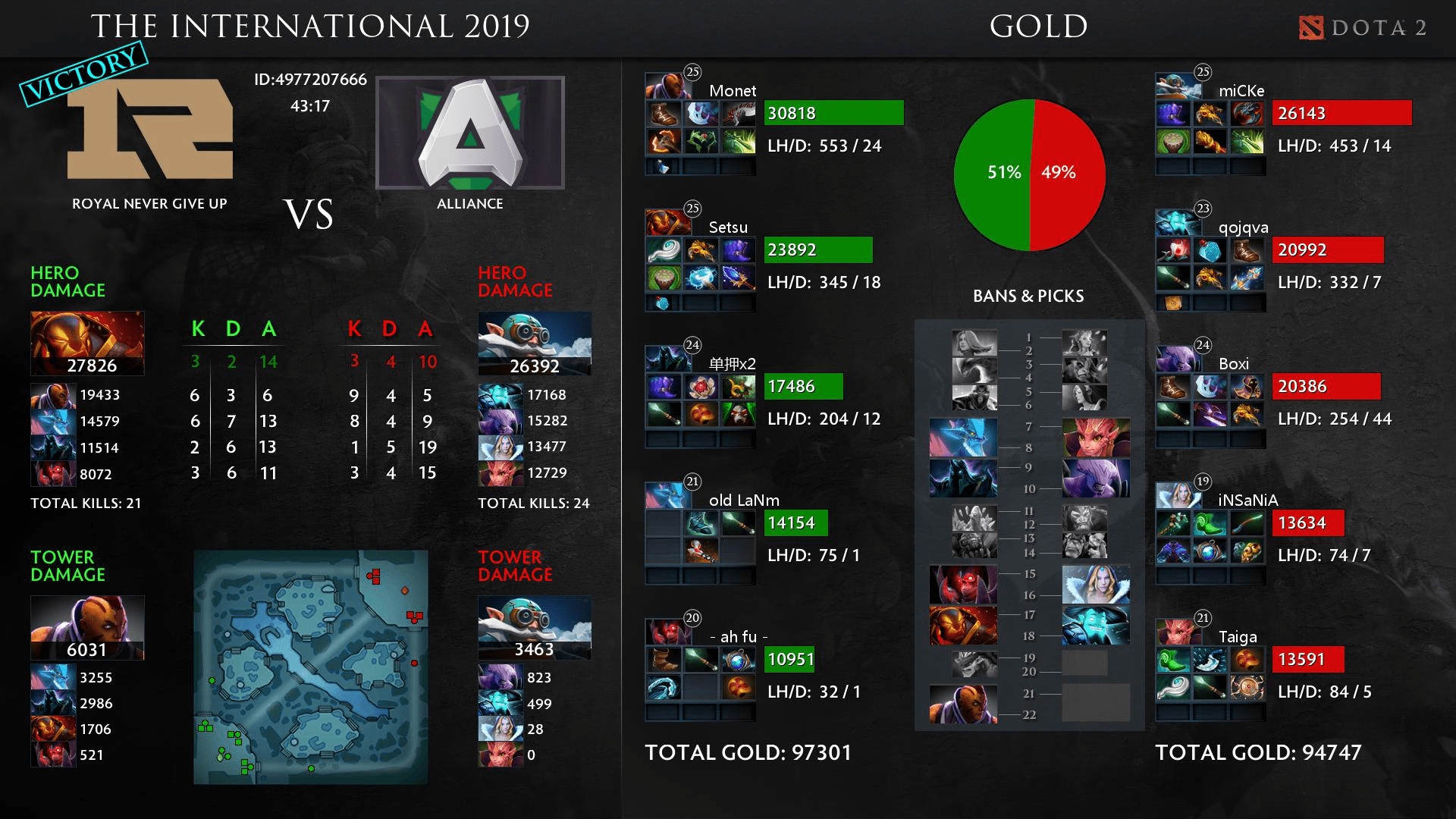