According to a CBR report, Netflix Netherlands accidentally leaked the release date for The Witcher Netflix series.

The official Facebook account reportedly posted a message in which they were highlighting how many days left to particular shows. El Camino: A Breaking Bad Movie, Peaky Blinders and The Witcher were among those on the list. 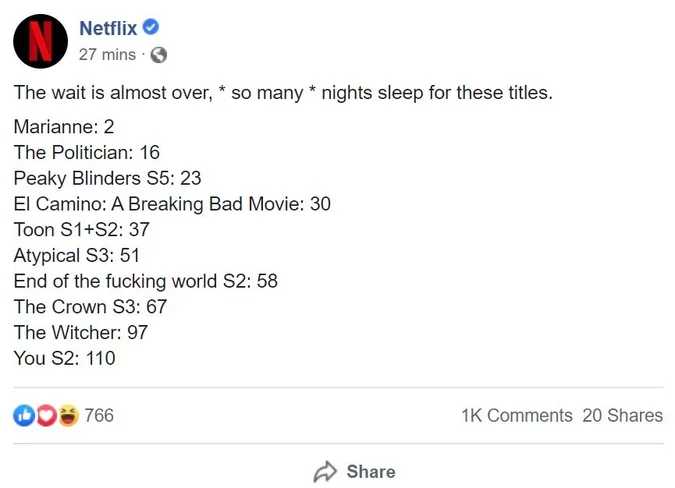 Posted yesterday, the date for Breaking Bad checks out, which gives the leak some validity but that isn't any assurance that all the dates are correct. The Witcher was pegged at 97 days which makes its release December 17. A lot of speculation and a few rumours have done the rounds concerning a date for the much-anticipated show. Official information provided by Netflix spoke of a late 2019 release, so in that regard this is consistent.

The post was quickly taken down and no official comment has been made regarding it, so for now, we can only take this information with a grain of salt. It does however allow fans to consider a release that late into the year. It could also be delayed till next year, but that is a possibility no one is willing to entertain.

Many have begun to call the show the next Game of Thrones with regard to the level of fantasy entertainment derived and they might be right, even if The Witcher is expected to be much darker than GoT. It certainly has much more fantasy going for it, with the protagonist being a mutant monster hunter. As with the release date, we'll just have to wait and see how popular the show becomes.