The pre-order of Days Gone appeared in the PS Store

The pre-order of Days Gone appeared in the PS Store ⚡⚡⚡ Esports and gaming news, analytics, reviews on WePlay! The latest news on WePlay!

While Days Gone is Sony's premier exclusive this year. More than three months before the release, the owners of PlayStation began to gradually prepare us for the launch of a zombie action game - the public was shown a new trailer about the game and its special editions on January 17.

Days Gone will be released on April 26th. For pre-ordering, you will receive a voucher for unblocking a Drifter Crossbow and early access to a set of upgrades for your drifter bike,  including bonuses for speed, durability and performance. 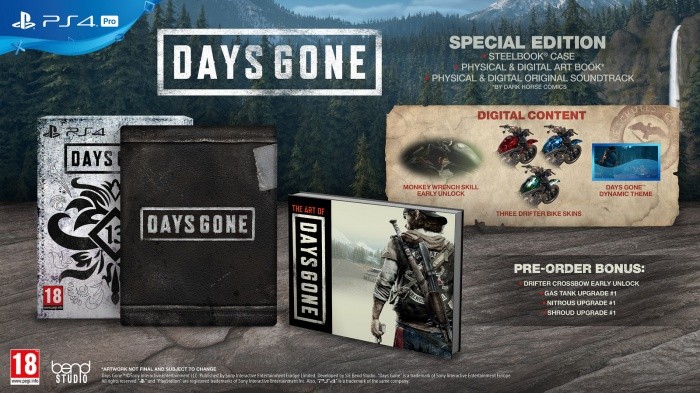 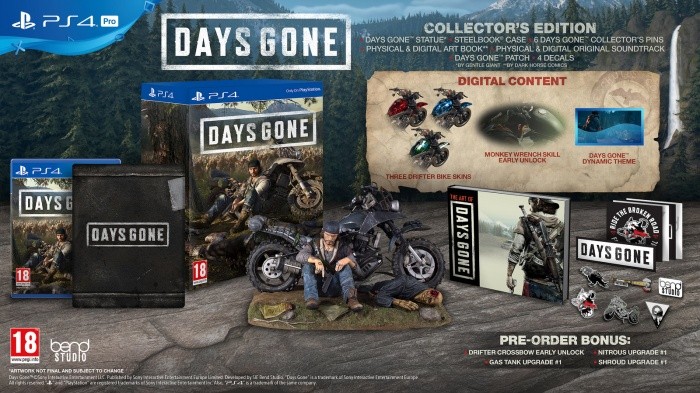 Days Gone is an adventure shooter about survival in an open world full of zombies, which are called phreakers in this world, as well as crazy people that players are free to explore on their own two or in the saddle of a faithful motorcycle. The game takes place two years after the global pandemic, which destroyed the old world, turning most of humanity into phreakers. The main character - a former criminal, named Deacon St. John - wanders around the world in search of adventure.

Players are waiting for the relationship of the hero, and the few survivors attempt to establish contact with some phreakers, as well as the study of abandoned cities and towns to find useful supplies. Days Gone offers players a massive open world that can be walked up and down without any problems - the main thing is to have a desire.