The Outer Worlds is an exciting game that offers tons of new features. It was released just a couple of days ago, but despite that, some players have already said that this might be the game of the year.

There are many unique things about the game such as the ability to have companions, the different interaction methods and dialogues and also different endings to the main story, depending on choices you make while you play.

That said, today will take a look at something different. We will be looking at the Elite Trooper that's a particular type of build that allows you to fight with your enemies with melee weapons and do significant damage to them. Currently, there are just a couple of different builds that you can opt for in The Outer Worlds, but we feel like this is one of the best ones.

It is kind of hard to explain what an Elite Trooper is but let's say that it is a deadly combination of solid armour combined with a melee weapon that allows doing insane damage while remaining reasonably intact due to the helmet. The key features of this build are the massive damage and protection that you get through the shield.

Let's take a look at everything you need to know to make this work properly.

Attributes of the Elite Trooper 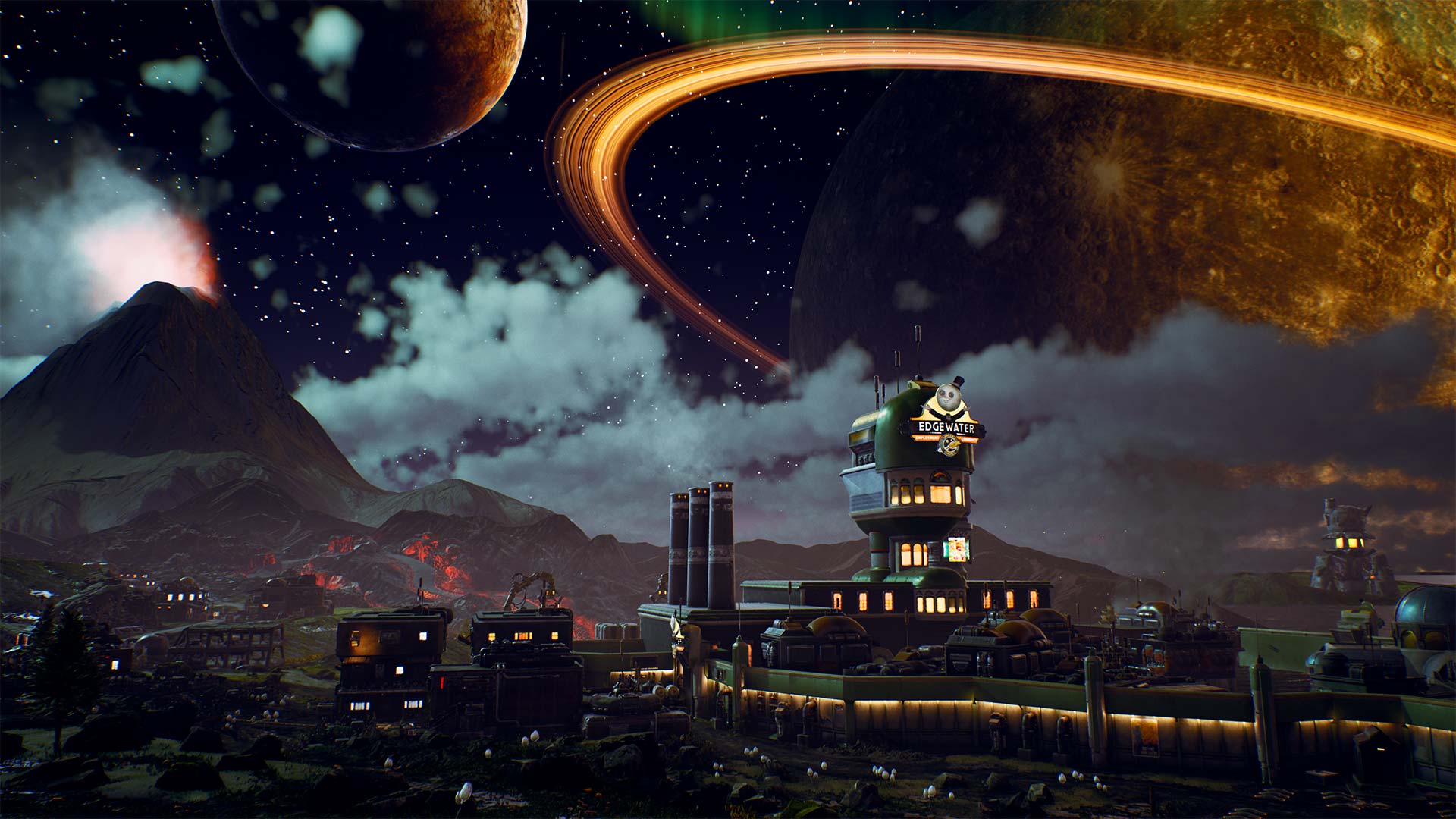 Regardless of the build that you want to go for, you need to begin from somewhere. Needless to say, the Attributes are one of the most important aspects of any build, and this is especially true in The Outer Worlds because they can't be re-done once you put them initially. This means that you need to be very careful.

You need to choose those Attributes that will increase your damage, as well as those that will help you survive more. That's why the best choices here will be Strength, Temperament and Intelligence. The first one will help you do more Melee damage that also scales up when you progress through the game. Intelligence is used to do more critical strike damage, and the last attribute will help you get a decent amount of health regeneration, which is very useful, especially if you are going to have long and exhausting fights.

The best idea will be to use three points into Strength and Intelligence, followed by one for Temperament. You can try to experiment with other attributes as well but remember that your goal here is to be healthy and durable to take on your enemies. Some players opt for Dexterity for example, but we believe that it's not worth it because the three stats we've mentioned above have the best effect.

Skills of the Elite Trooper

Once you're ready with the attributes, it's time to focus on getting the needed skills. Luckily, three skills really stand out here - One or two-handed Melee, Block and Science.

The first thing that you need to decide is whether or not you are going to play with a one-handed or a two-handed weapon. Our advice will be to try out both of them and just decide what works best for you. However, we think that the two-hander is better because it provides more Critical Damage.

Apart from that, getting Science is important because you will be able to maximise your damage by using a specific type of weapon that does Plasma and SHock Damage. What's more, you can also get various kinds of bonuses such as TInkering, damage bonus to Corrosion and other perks.

Many people don't want to get Block because it's not that strong early on. While this can be true up to a point, the more you progress through the game, the stronger it gets. What Block apart from the obvious thing is that it also increases the armour value you get while having a melee weapon. In other words, this will make you a lot "harder" to kill, which is the entire point of this build.

Spreading out the points depends entirely on you. We'd advise you to get the weapons first.

Perks of the Elite Trooper Unlike the Skills and Attributes, Perks are not as important. However, some of them are a lot better in comparison to the others, which is why it is essential to make the right choices. Let's take a look at them and see which ones are worth getting.  Remember that they have different tiers so that we will take a look at each.

Weapons and Armours - The Elite Trooper

As we mentioned earlier, one of the best kind of arms that you can use is either a one-handed or a two-handed Melee weapon. To decide which one works best for you, you need to test them both out. However, the two-hander does more damage and can't be blocked once you hit 60, so keep that in mind.

Another thing that you need to consider is the fact that your weapon has to have either plasma or Shock damage to benefit from Science. Of course, you can always use a Mod that can change the damage type.

In terms of armours, be sure that you have a Heavy Armour because it provides the most Armour you can get. Some of them might offer different skill bonuses which are cool, but that's your main goal. Always try to get as much armour as possible because that's the core of this build.

If you like to play with companions, the best thing to do is to use the so-called "Sneaky" perk that will prevent them from taking too much damage. This will increase their survivability a lot.

If you are that type of a player that likes to play swiftly, you should avoid getting heavy armour and focus more on the light shield. In addition to that, you should also swap Block for Sneak. That said, keep using the two-handed weapon because it does more damage. Just keep it in mind that Sneaking works well but once you go the "end-game content", sneaking up on your enemies because very hard.

Depending on how you max your attributes, you might end up getting the maximum of Science and Block. If you do this, it is advisable also to get Leadership because this will allow your companions to be more productive, resulting in more damage. This works very well with this build because you will be very tanky and can soak up a lot of damage.

Last, but definitely not least, always be on the lookout for some new neat weapons. We advise you to watch updated YouTube videos to decide which is the right weapon for you. Good luck and may the force be with you, always!