The Outer Worlds is the latest RPG made by Obsidian (the guys that created Fallout), and it is one of the hottest games in the world right now. Similar to their other games, this one has different endings, depending on the choices that the player makes while playing. Some of them are pretty cool, whereas others not so much.

So far, we know that there are two big endings and they depend on your alliance with either the Board or with Phineas. We advise you to try both of them because it is a different experience that you need to feel for yourself.

Apart from that, there are also many different unique things about this game such as the ability to have companions for example. In addition to that, each companion has its own set of special missions that you can do, which helps you get the most out of them.

Let's take a look at the different endings. 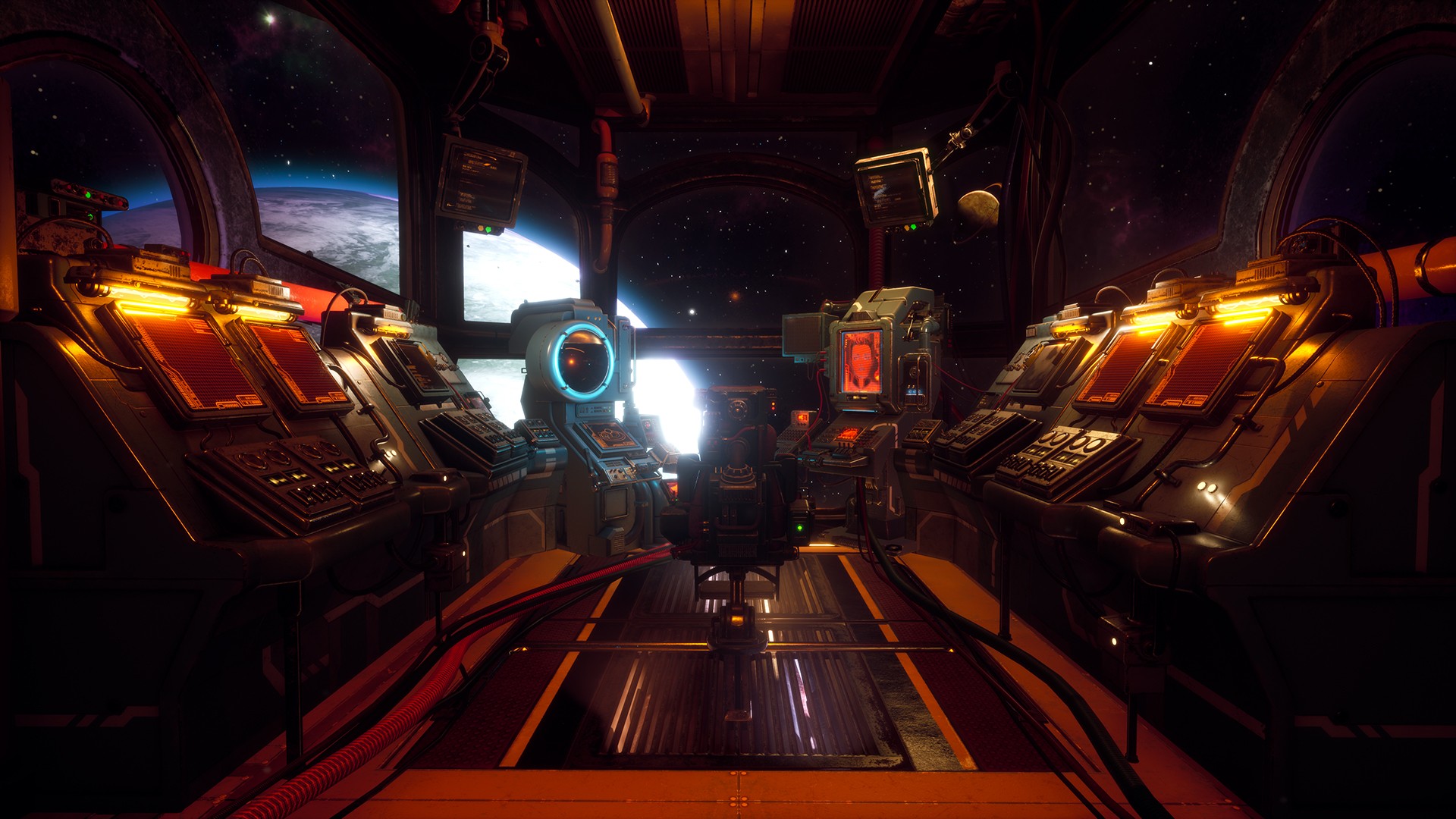 In the first ending, you will work alongside the Board in order to manipulate Phineas even more than they already are. Needless to say, this is not going to suit everyone, but nonetheless, it is still an option.

To begin, the first thing that you need to do is to talk to Udom Bedford. You will find him very close to where you've landed on the Groundbreaker.

Once you start working for The Board, the quests and enemies will be pretty different. For instance, Tartarus will free some prisoners that will be your enemies, and you will have to deal with the prison riot that occurs. If you've chosen to play against The Board, these people will be your friends, and your job will be to save then.

When the game comes to an end, there is a very dramatic scene with Phineas where he either kills himself or you confront him and then kill him once you deal with the robot there. The outcome of this meeting depends on your choices before it.

In our opinion, this is not really the most interesting route to take in the game because you will miss out a lot on some of the cooler stuff. However, if you've already finished the game by helping the people, you can definitely add a little twist and join "The Dark Side".

The second ending is what most people will want to see because 90% of them will want to join forces with Phineas Welles. If you don't know who that is - this is the person that wakes up in the ship.

The storyline here is pretty deep, but it starts by The Board revealing that they want to remove all the people who don't obey them from The Hope to the special hibernation chambers and turn the ship into one giant prison. However,  Phineas has other plans for it and does not want this to happen. Motivated by the lack of food and other things, he makes a special type of chemical reaction that wakes you up and then he wants to do the same with the other people. Unfortunately, he goes so far as actually to murder one of the people that's sleeping.

Upon landing, you will have the task to get some power to the ship so that Phineas can do his magic. However, once you go out to do your job and then come back, you will find out that The Board actually kidnaped him and put in a special type of prison called Tartarus. As you can imagine, your job will be to go there and set him free, which is not the easiest thing in the world.  Luckily, you have your two trusted companions with you that will help you along the way. Just make sure to choose the best one for the given situation because you need all the help you can get.

Once you get there and deal with the initial enemies (which are pretty strong), you will end up in Chairman Rockwell's Office where you will have one job - talk to him and convince him that he should join your side.

What to say to him?

The Outer Worlds is a game where the dialogues are very advanced and this encounter is no exception. You can choose between a couple of different lines, and they have a different effect on the Chairman. We suggest you start with the Lie by saying that you've convinced Byzantium to help you against him. After that, proceed by telling him that you will find a way to get to his administration, which is when he will become "soft". You need to take full advantage of that so just tell him that you can do wonders if he decides to join your cause.

He will agree to do so only if you manage to escape with Phineas from this dreadful place. To do that, you need to go to a special chamber where he is kept. Upon arriving there, you will find him on an electric chair, surrounded by Sophia Akande. Here, you will engage in another conversation that's very important because it will determine what will happen after it.

Start by saying to Sophia that you don't want to kill her and she will say the same, after which you should intimidate her by saying that she needs to go before actually kill her.

After that, you will engage in a conversation about Halcyon and to make a long story short, she won't agree to cooperate a lot. As a result, a giant robot that goes by the name R.A.M will appear, and you have to fight him. Keep it in mind that he is pretty deadly, so please take this fight seriously as it can have deadly results.

After you kill him, you will also have to deal with Akande, and then you will be able to unlock the cell where Phineas is kept. He will immediately tell you how important is Halcyon because it is the only hope they have left with. He will then ask you whether or not you want to be the leader of the new colony that will try to re-built this place. Here, you have two options - you can just immediately agree or agree and also tell him that you've got help - Chairman Rockwell. Both answers work fine, so it does not really matter what you choose.

Once you choose your answer, the game will basically end, and you will be "thrown" into the slideshow. Congratulations!

What to see in the Slideshow 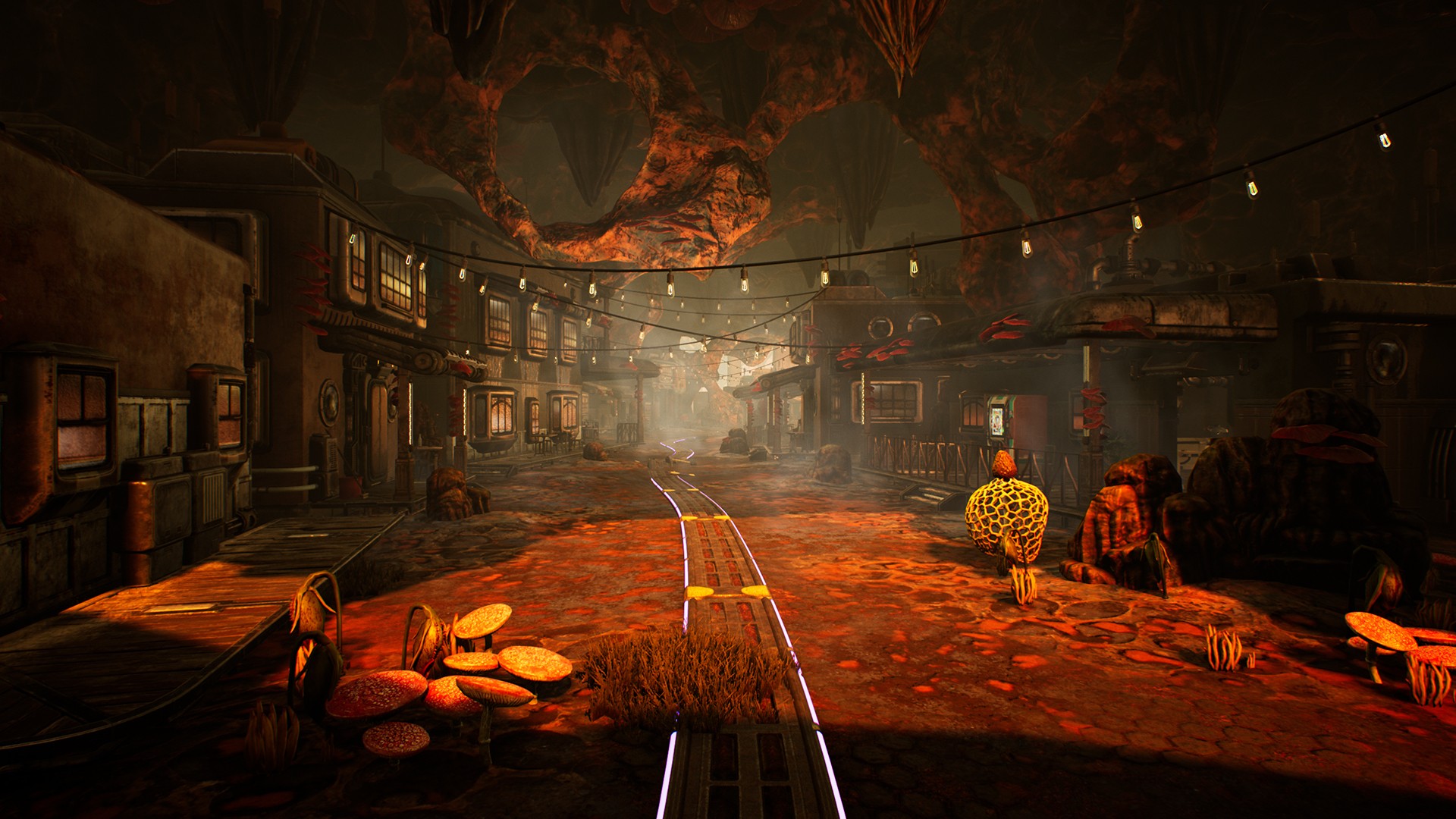 As we mentioned above, depending on your answers through the game, you will also have a different type of slideshow. If you've followed the steps we've made, your slideshow will basically show how your actions in Tartarus have finally brought an end to the Board's rule over this place. In addition, you will see that Phineas is also making an attempt to revive the people in the shop that arrived in Halcyon.

The colonies and settlements have joined forces in order to have a chance at surviving this cold and cruel place. You will see how they basically wipe out the rest of the MSI's and the only enemies left on this place are the different wild beasts that are also very scary.

Another personage in the slideshow is Lilya Hagen. She is known throughout the game as a very protective person that tries to save her family. That's why she does not accept that many people from the settlements and basically leaves them staring in the wild. However, one brave person from the settlement actually manages to sneak in and steal her researches, which helps his people survive.

Junlei, another very important person in the game, is taking the role of a teacher as she teaches a new generation of Engineers that have the task of rebuilding the new world. In addition to that, the people of Byzantium can finally have the freedom to have a job after The Board's Lifetime Employment plan collapses alongside them.

Another cool thing in this Slideshow is that you also see what your companions doing are. For instance, Felix decided to become a labourer and help the other reconstruct the new place. Eli just enjoyed her life and never got into anything series. Parvati, alongside ADA, took the role of a head engineer and felt very good with The Unreliable. Nyoka continued to drink as she loved to, but this time, she decided to go back to Monarch because she always wanted to go there. Lastly, SAM's job was to promote robots and how they actually help the people, which had a tremendous effect as more and more people started to buy robots.

Mister Clarke, another notable figure in The Outer Worlds, is finally released from the arrest, which allows him to help the new settlement and the people in it.  On the other hand, Phineas Welles also helps by reviving the scientists and engineers of The Hope by using special types of chemicals we got from The Board before their rule came to an end. However, he died just a couple of years later, so his work was continued by the people that followed his ideas.

Chairman Rockwell becomes the leader of the Halcyon, but he always remains loyal to you, which essentially makes him a "puppet" in your hands.

There is one more end, which is kind of different from the rest. In order to see it, you have to help The Board and capture Phineas when the game ends. As soon as you start the quest called, "Kept Secret But Not  Forgotten", you will be able to skip the ship. In order to do that, you will see a big console there that you need to interact with. Remember to tell ADA that you want to skip the Hope because you want to do it yourself. If you succeed, you will be able to fly directly to the ball of fire and gas that is located in space. This will destroy the ship and kill everyone there.

That's it! Let us know which end you've liked the most!