The Outer Worlds is one of the coolest games in the world right now, even though it came out just a couple of days ago. Many people believe that it has a similar vibe to it, such as Fallout. Of course, this is expected because this game is basically made from the same developers.

This game has many fresh and unique features. That said, one of the things that definitely make it stand out is the storyline. Depending on which faction you choose, you can have a totally different experience lore-wise, which is incredible.

In order to fight against the Board, you need to know which weapons to use. The hard thing here is that The Outer Worlds allows you to use nearly everything as a weapon in order to defend yourself. On top of that, the game offers near endless possibilities when it comes down to customization. This means that you cant tweak the weapon to your liking to get the maximum out of it.

However, some weapons definitely stand out, even without having any kind of modifications on them. Let's take a look at the different weapons in The Outer Worlds and see which one is worth picking up.

This is one of the most potent pistols in the game right now that does a pretty decent amount of plasma damage, primarily when you use it in certain situations.

However, this gun has one feature that stands out in comparison to the other weapons on the list. The shots fired from Ultimatum can bounce off from various surfaces, allowing them to deal additional damage.

In order to get your hands on this weapon, you need to complete the Vulcan'S Hammer by talking to Roseway. Remember to set Shaw to develop your gun once you get it so that you can get the maximum out of it.

This is a very capable rifle that also does plasma damage. However, the thing that makes this weapon stand out is the fact that it can shoot three-rounds of N-Ray damage, which has the potential to deal with one of the highest injuries in the game, especially when you add a few mods to it.

If you wish to get your hands on this excellent rifle, you have to play all the way until the very end of the game. Once you take on the "Kept Secret But Not Forgotten" quest, you will see it inside the Phineas' Lab. 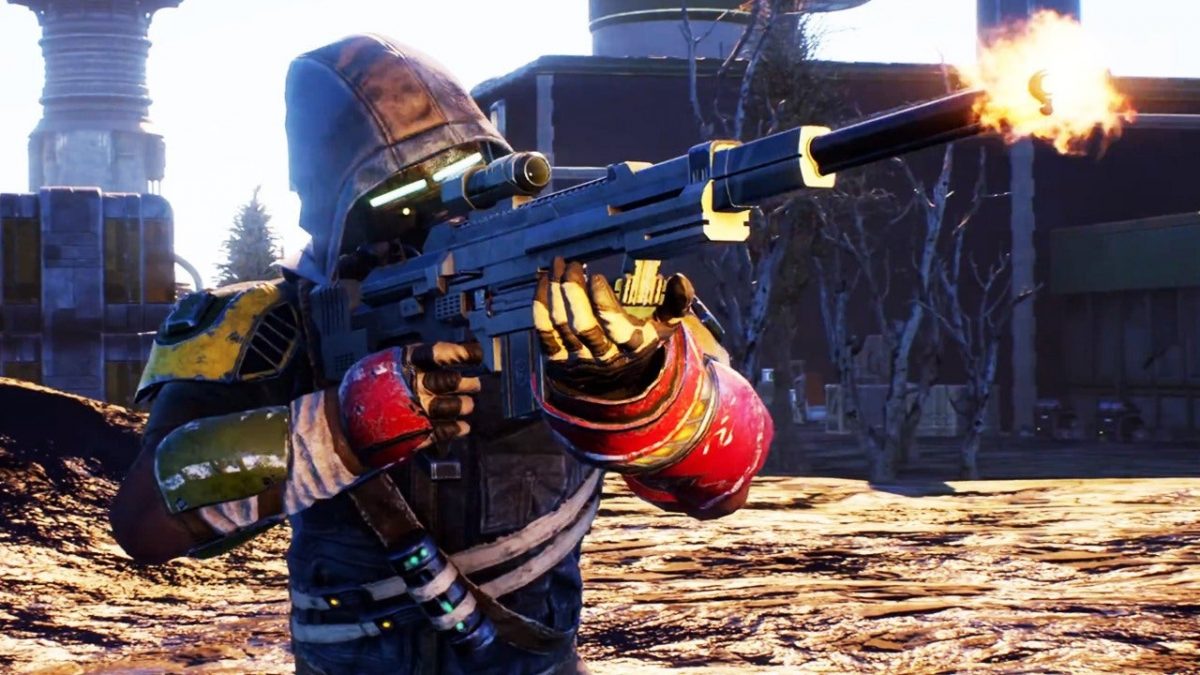 The next weapon on our list is a science weapon, which makes it rare and very strong. In fact, this is one of five, and it has the potential to do insane damage from a melee distance. However, the most impressive aspects of it have to be its ability to inflict all types of damage, depending on the situation. This makes it very practical because you don't have to swap your weapons all the time.

Similar to other weapons on this list, you can add different modifications to it in order to get the maximum of this weapon. Once you do that, your shock, caustic, and plasma damage will be very, very deadly.

If you are interested in getting this weapon, you need to buy a battered Market from Gladys and then find a very-well hidden room in Groundbreaker.

As the name suggests, this is an Assault Rifle that is capable of sending your enemies to hell in just a couple of shots. In fact, the Assault Rifles in The Outer Worlds are among the most reliable weapons in the game right now. This particular model does around 620 damage, and it can be significantly upgraded to do even more if you get your hands on the mods.

The cool thing about this weapon is that you can get it very easy. As soon as you start your journey in Monarch, you can either just buy it from the store there or just wait to kill a couple of enemies and loot it.

If there is one weapon that definitely stands out from the crowd, this has to be it. Supper Time is an unusual and unique weapon that has two distinctive features - it can do caustic damage and bleed status to the enemies, which is absolutely priceless in certain situations.

If you want to get this formidable weapon, you have to go to Stellar Bay and get your hands on The Secret People quest. After that, you will have to talk to Velma and follow her to this cool place where you will find a big locked room. Supper time will be inside, patiently waiting for you. 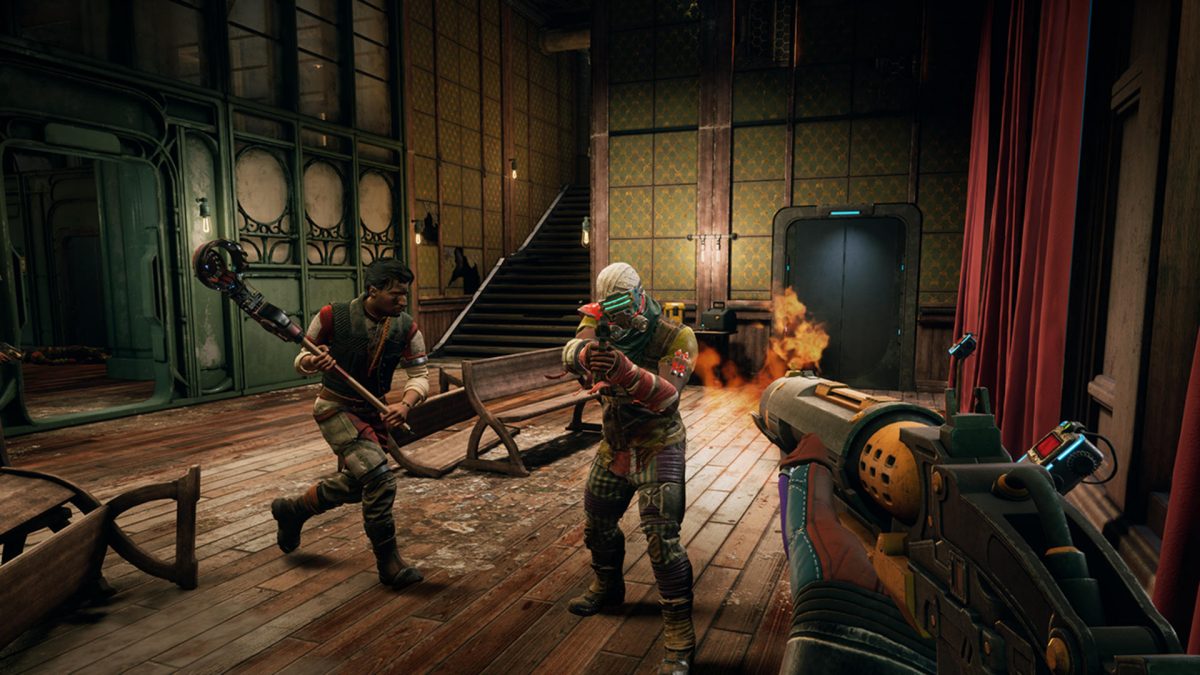 The Shock Cannon Ultra is a unique weapon that has an instrumental power - it can do CC (a.k.a crowd control), which is very rare because there are not that many weapons that can do this.

Unfortunately, this weapon also has a big flaw. In order to be effective, you have to shoot at your enemies from a reasonably close distance, which means that it is possible to be hit. However, if you hit someone, the electrical strike can actually bounce to other enemies as well, which makes a  very potent AoE weapon.

If you are interested in getting this weapon, you have to grind a bit because you can get it via a random drop of the enemies you kill once you pass the "middle" of the game. On the other hand, if you don't want to wait at all, you can visit a shop in Byzantium and get it there.

Now that you know which weapons to get go out there and claim what's yours!