The Outer Worlds: Best Companions Guide - How to find and recruit them all

The Outer Worlds: Best Companions Guide - How to find and recruit them all ⚡⚡⚡ Esports and gaming news, analytics, reviews on WePlay! The latest news on WePlay!

The Outer Worlds is one of the hottest and most unique games in the world right now. It came out just a couple of days ago, but despite that, many people have already felt in love with it.

Apart from the various missions and other types of tasks, this game is unique because it features a lot of companions, each being unique. Their job is helping you survive in this new and cruel world. As you can imagine, some of them are very useful, whereas others are better to be left alone.

Let's take a look at some of the best companions you can get in The Outer Worlds right now. Keep it in mind that this list is subject to change when the new updates start kicking in. 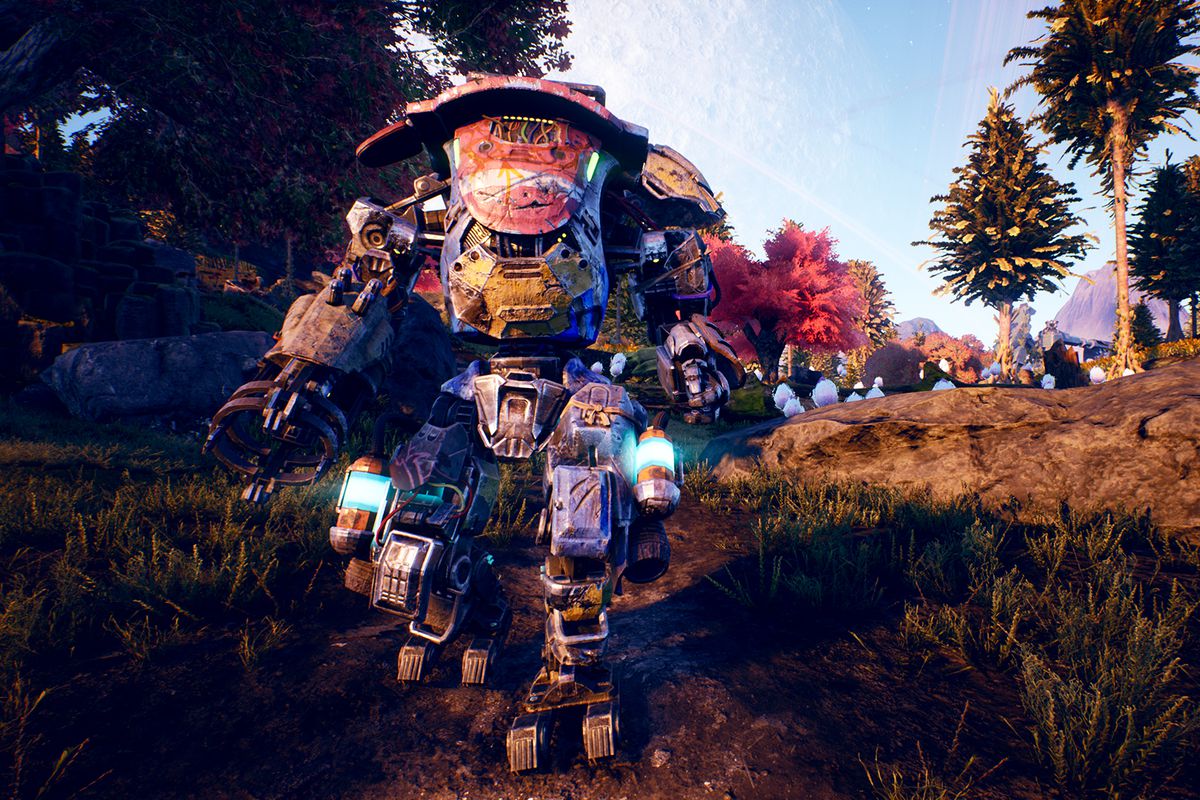 Having PewDiePie's real-life name, we can safely say that Felix is an excellent choice for a companion.  This companion is an excellent choice if you like doing some shady things such as sneaking around or lockpicking because he will be able to increase these stats if yours. This means that you will be ready to go to places which are otherwise either impossible or very hard to go to.

In addition to that, Felix is instrumental when it comes down to fighting. He has a powerful LMG that is capable of some severe damage, especially if he is left alone for a couple of seconds to set his stuff up. On top of that, if you decide to get a Rebellion perk, you will be able to provide your party
with a 20 % bonus damage against Corporate enemies.

Oh, let's also not forget his particular skill called Dropkick. Even though it's not as useful as you may think, the animation makes it worthwhile because when Felix uses it, he charges at your enemies and then hits them with his boots.

This is one of the first companions that you will come across once you start playing The Outer Worlds. Contrary to popular belief, she is a fantastic companion because she is always there for you and can help you with nearly every obstacle you come across. What's more, she is absolutely priceless if you decide that you are interested in any of the skills related to engineering.

Similar to other companions out there, this one also has its unique ability. In the case of Parvati, the peculiar ability is called "Overload", and it's pretty cool to watch. She uses her hammer and then hits the ground, causing a shockwave that forces her enemies to be stunned for a brief period of time. What's more, if those enemies happen to be "mechanic" in any way, they will also be immobilised, which might help you kite them whenever it gets scary.  To be honest, this ability enough on its own to opt for her because she can save you in many tricky situations.

Her second ability is called Mod Finder, and as the name suggests, it is focused on finding the best mods possible. Needless to say, if you are into engineering and/or modifying your gear, this is the best companion you can come across.

Parvati is the best choice when it comes down to engineering. What if you are not into it? Don't worry, and we got you covered!

Vicar Max is the best choice when it comes down to using science as your main "occupation in the game". When you combine him with the park called Mad max, you will be able to dish out a total of 20% additional science damage if you have a weapon based on it. However, finding such a gun is not the most natural thing in the world, so keep that in mind.

Vicar Max is also instrumental if your main goal is to be as intelligent as possible. This will allow you to use some of the most potent weapons in the game, and this companion will basically "enhance" this experience to the max.

The unique ability of this companion is called Trickshot, and it basically allows him to use his shotgun as a pistol, dealing insane amounts of damage. In other words, this companion might be the perfect fit for those of you who want to have a very stable and reliable companion that can even intimidate the people that you come across in this awesome game.

Lastly, he is also outstanding when it comes down to hacking, which will make him very useful in certain situations. 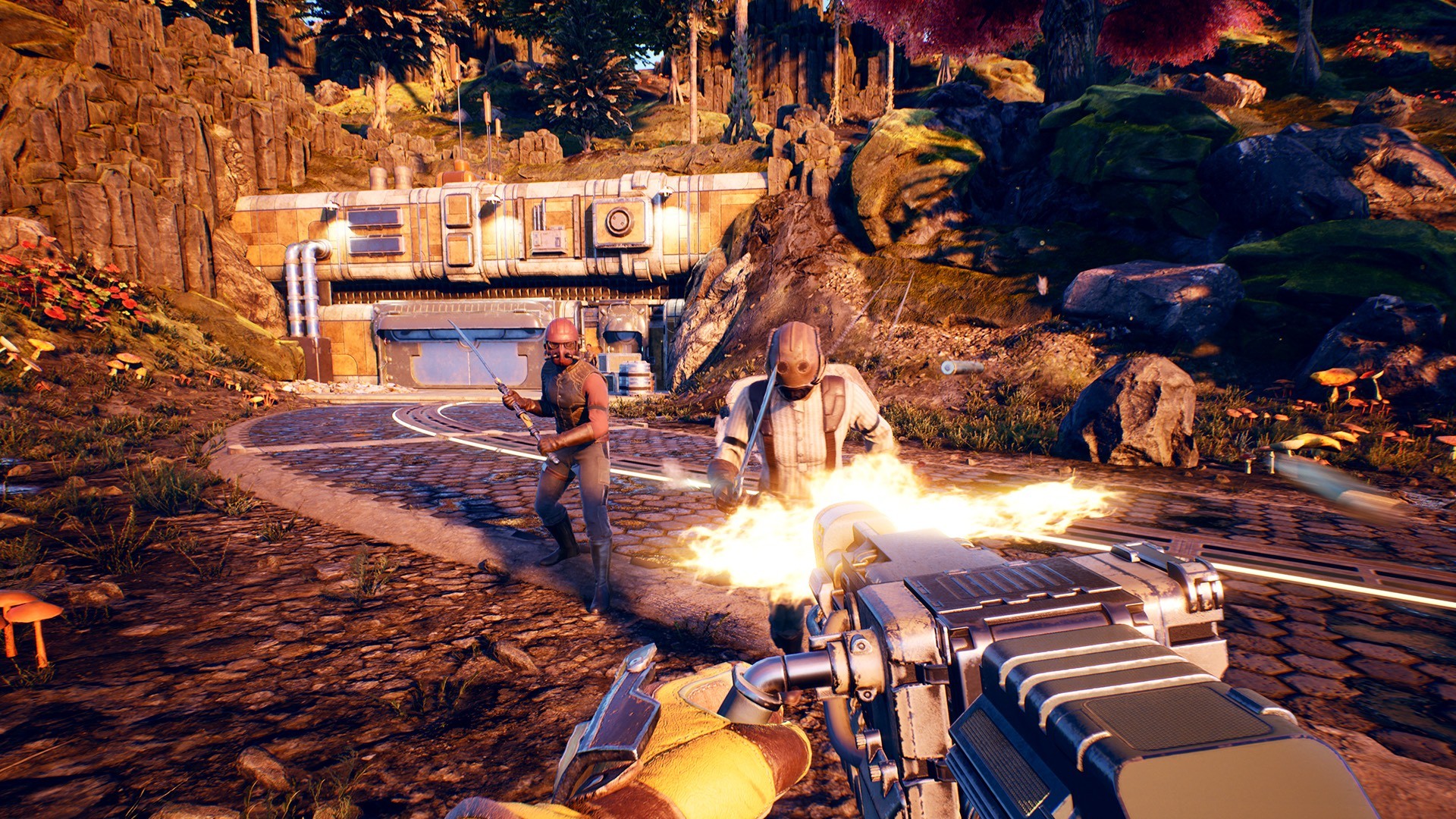 Ellie can be found in the Groundbreaker, inside the medical clinic there. Upon going there, look for a young lady on the desk - this is she. When you talk to her for the first time, she will give you a particular quest called "Worst Contract" that you need to do. Luckily, it's not that hard to complete it because you just need to find another woman called Jessie and talk to her. She will explain that she has to give someone money and your job will be to find that guy and talk to him.

In order to do so, get out of the clinic and go to the other side of this place where you will find Udomn's particular office. When you go inside and try to talk to him, you will have the following options to choose from:

Either way, you will end up with Ellie as a companion. The only difference is that if you actually pay the debt, she will join your crew on a "free will", which is definitely more recommended.

Ellie is a fantastic companion when it comes down to the defensive part of the game because she has incredible Medical skills. In addition to that, she also has sound Engineering and "lying, meaning that she is able to get you out of some sticky situations.

Unlike some of the other companions on this list, you will be able to come across Sam at a later stage in the game. In fact, this will happen once you are preparing to leave Terra-2. There will be a moment where you have to go to the crew of your ship. While moving there, look for a robot that's next to Parvati's room.

When you first come into contact with him, you will have to do a special mission called "The Cleaning Machine", which will basically help SAM to find some of his missing parts. In order to complete the task, go to to a big storage area very close to the landing port and just follow the quest helper there. Keep it in mind that there will be some enemies that you will have to deal with, but it shouldn't be a problem. Once you clear it out, use a keycard from one of the people you've killed to open the door there, and you will be good to go.

Apart from looking cool, SAM can be absolutely priceless in certain sticky situations.  For example, he can grant you various bonuses to your hacking and intimidating capabilities. 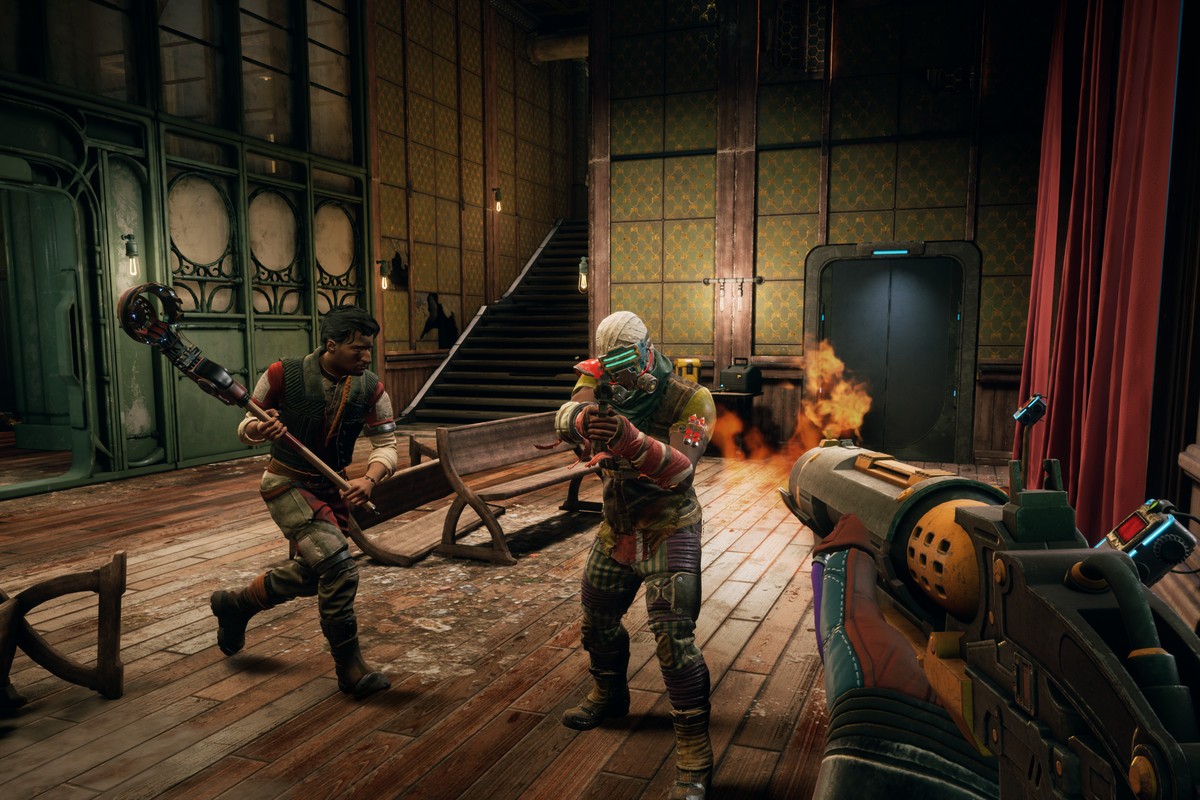 If you are looking for the most relaxed companion that is also able to deal with your enemies, look no further! Nyoka is a fantastic personage in The Outer Worlds that loves to drink and does not think twice when it comes down to helping the person that she is "working" with.

You will be able to come across her when you first enter the bar located in the Yacht Club. Be sure to look around a bit before going inside because there are a couple of bars there and some of them are not the best place for you to go to.

There are two ways in which you can actually recruit her. The first one will happen while you are progressing throughout the Main Story of the game. Eventually, there will be a quest called "Radio Free Monarch", and this is when you will meet Nyoka in order to seek help. Sadly, she will be drunk, which means that you will have to wait a couple of hours so she can get sober.

The other way of encountering her is by just going to the bar and talking to her. This will "trigger" a side quest where you have to get unique types of pf pills to help her. Once you complete the task, she will offer to join your side.

When it comes down to pers, Nyoka is capable of doing a lot of damage to the non-humanoid enemies, which can be very useful in specific scenarios.  Besides, she is also a good lier.

Last, but not least, she has two abilities - Barrage and Burn.  The first one removes a certain percentage from the armour of your enemies, whereas the second one deals Damage over time.