The original Metal Gear is being recreated in first-person

The original Metal Gear is being recreated in first-person ⚡⚡⚡ Esports and gaming news, analytics, reviews on WePlay! The latest news on WePlay!

There's a new ambitious modification Metal Gear: Doom from modder AutumnAPM and it's called that way for a reason, because the mod utilizes original Doom's engine to shine in first-person glory. That's right - you are going to experience these corridors and pathways learnt by heart in a totally new way.

The total conversion mod is aimed to recreate original Metal Gear in a first-person perspective, which was the very first entry in the long-running series by Hideo Kojima and came out in 1987. The comparison screenshots demonstrate a style and atmosphere very close to the cult 8-bit classics. There's still a lot of unfinished stuff as AutumnAPM has to work on user interface and the visualization of items and weapons. The author claims that his initial plan is to mod Metal Gear levels into Doom engine and - once it's done - to create a fully-fledged Doom-based Metal Gear game afterwards.

However, there's already a playable demo version of the mod, and you can check it out on dedicated Metal Gear: Doom page on ModDB. It is very limited in features though as it is mostly a demonstration of the original levels being converted into 3D space - but still promising and intriguing. 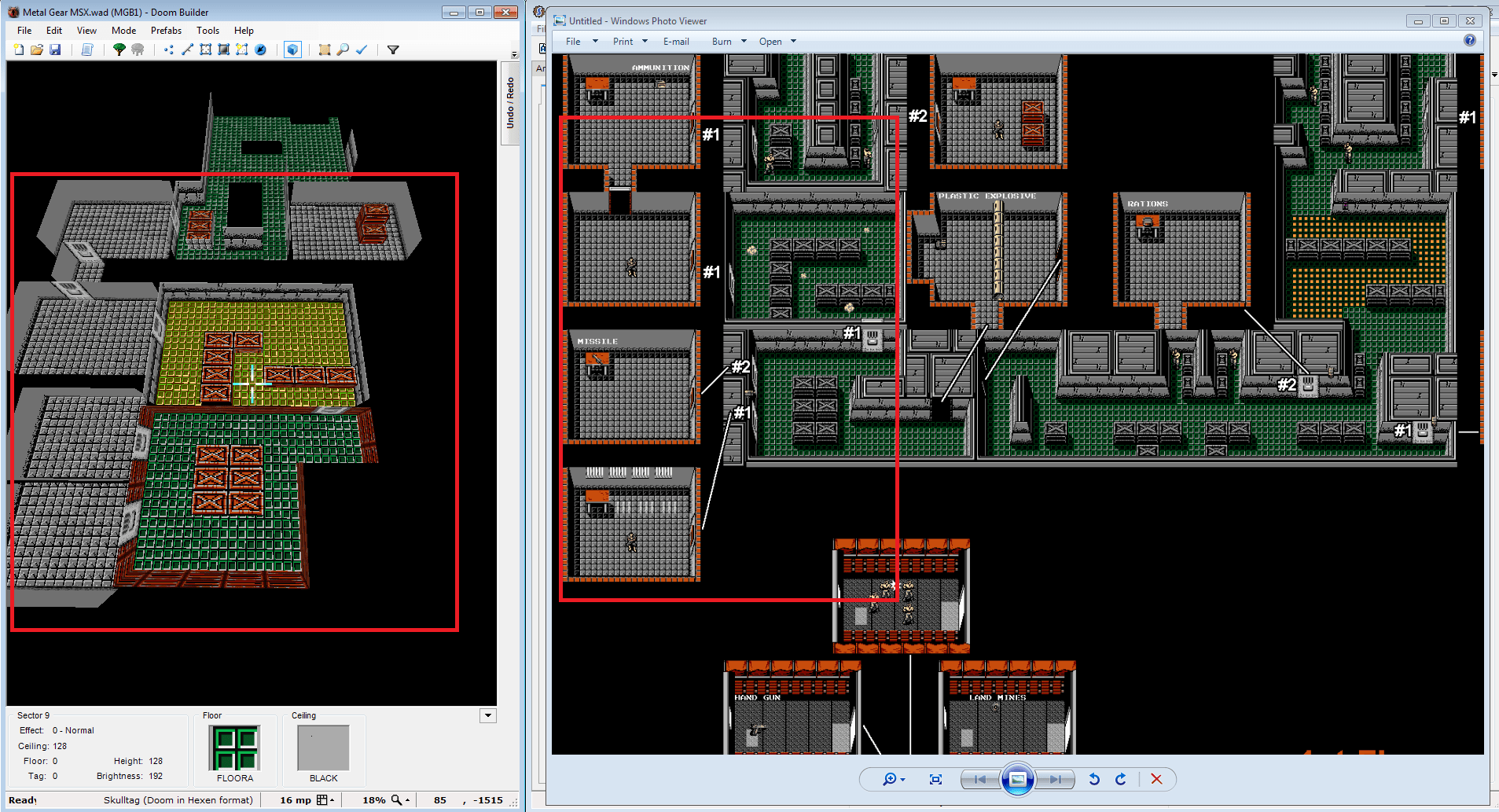