The Most Popular Dota 2 Heroes

The Most Popular Dota 2 Heroes ⚡⚡⚡ Esports and gaming news, analytics, reviews on WePlay! The latest news on WePlay!

Dota 2 has one of the largest hero pools out of any MOBA game. However, regardless of the different updates that come out, there are always a handful of heroes that people prefer to pick. The pick rating of a certain hero usually depends on his stats in the current patch. Many players tend to spam the "broken" heroes of the current patch to get as much MMR as possible.

Also, at the upcoming Kyiv Dota 2 Major, there's a chance to see the most broken heroes in the current meta and the way how pros use them.

However, today, we will focus on some of Dota 2's most picked heroes outside the "meta" ones. Keep it in mind that the list will be very diverse, and it will include heroes from different positions. The data for the number of picks is sourced from DotaBuff.

This is probably the most classic hero you can find in Dota 2. Pudge is an Icon and an ambassador of this game that's been around since the DotA days. Regardless of the meta heroes or the different nerfs and buffs, he remains one of the most picked heroes. Historically speaking, Pudge has changed his positions a lot. He used to be one of the best mid laners back in the day, and even players such as Danil "Dendi" Ishutin made them for themselves just by spamming this hero. Nevertheless, players quickly found out that this hero is better if he is played as a roaming support.

Pudge has four skills, three of which are active and one passive. Without a doubt, his most signature spell is Meat Hook, which is capable of changing the balance of power in a team fight. However, it is essential to know that Meat Hook is one of the hardest skill shots in the game, so it will take a while before you learn how to use it properly. His ultimate is also very flashy because he starts "eating" his target.

Pudge has been picked a total of 745,603,397 times, which is mind-blowing. Unless IceFrog decides to change his spells, he is not going anywhere in terms of popularity. 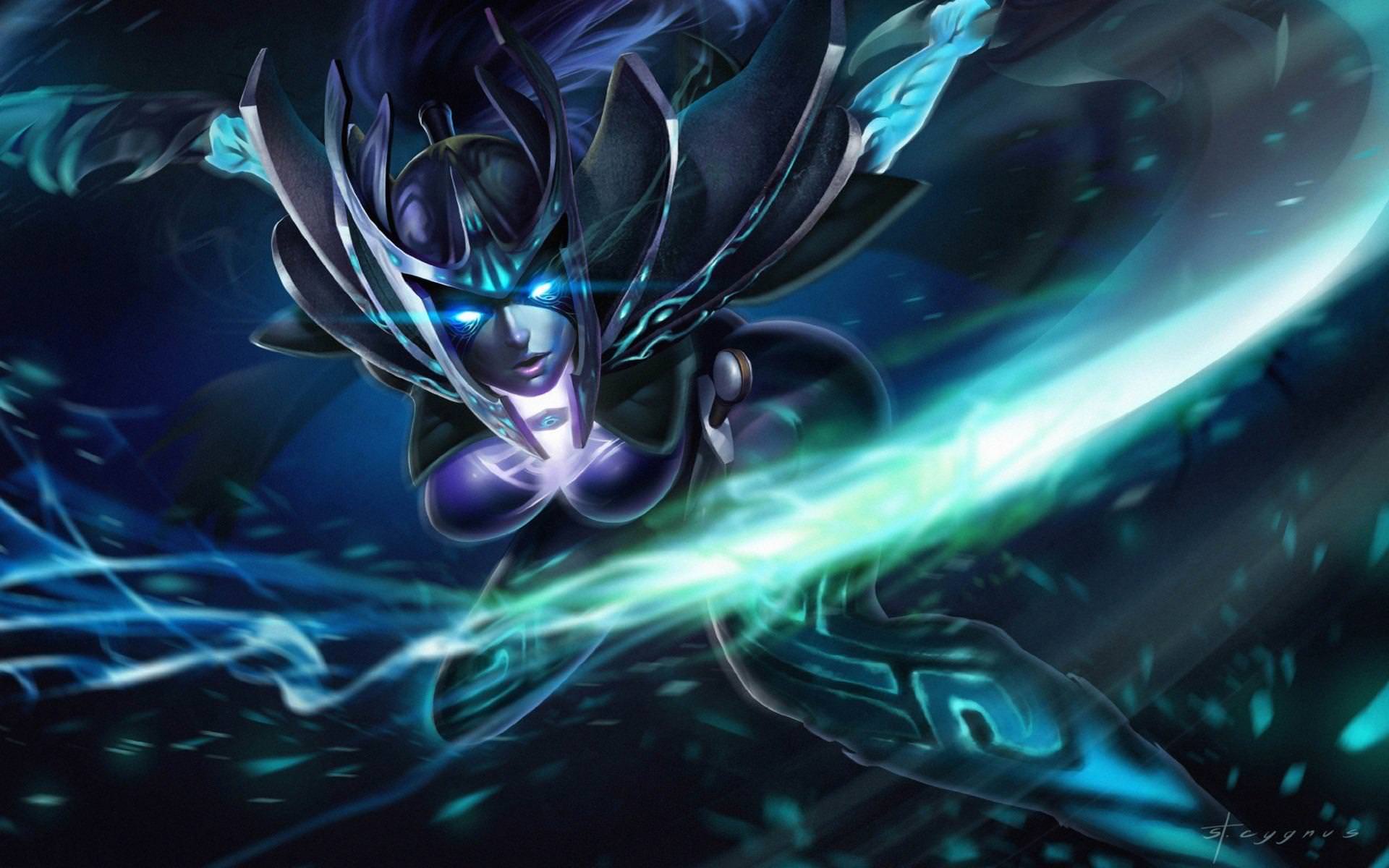 The second hero in our list is very different when you compare it with Pudge because she is only capable of playing two roles - mid or a safelane carry. Nevertheless, Phantom Assassin has made a name for herself as one of the deadliest heroes in the game, which was expected, considering her second name is an assassin.

Often referred to as one of the easiest heroes to play, Phantom Assassin is causing havoc in every single skill bracket in Dota 2. Unlike some of the hardest heroes in the game, PA has three active spells, one of which functions as a passive skill. This makes the hero very "noob-friendly" because there aren't that many things to think of when you use her spells. There are no skill shots, tricky to pull off, or team-depending skills.

The first thing that comes to mind when you think of Phantom Assassin is her ultimate. Coup de Grace is an ability that gives her a certain percentage to do a critical strike on each attack. This adds a sense of randomness, but it seems like players are enjoying it a lot because she gets picked all the time.

All jokes aside,  a well-farmed Phantom Assassin is definitely capable of carrying her team to victory. If you manage to get enough items, you can easily do critical strikes in the range of 1500-2000, which is more than enough to one-shot the enemy supports.

Phantom Assasin has a total of 535,214,476 picks, giving her the second spot just after Pudge. 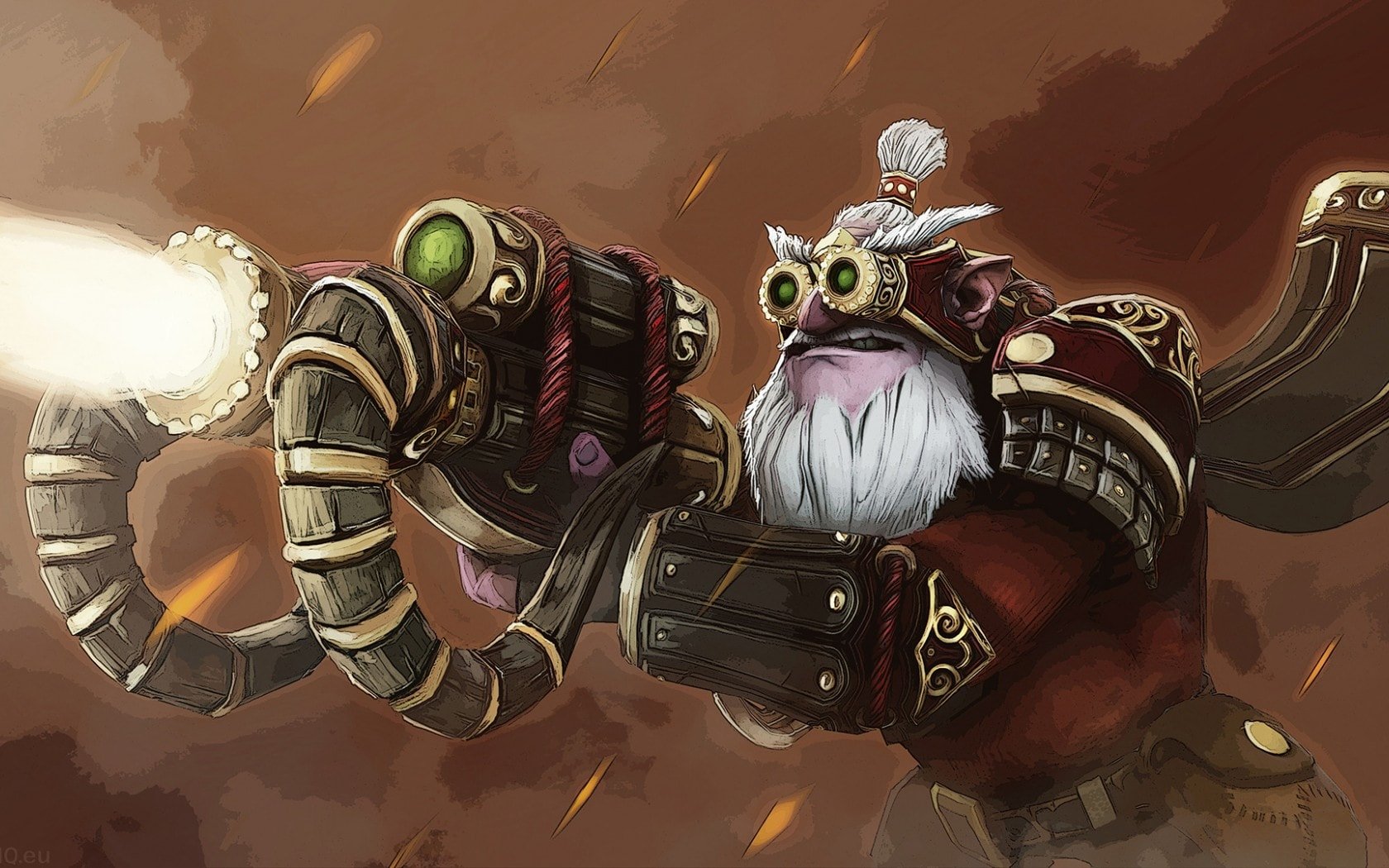 The pesky little fella is one of the first heroes you will come across when you start playing Dota 2. In fact, if you decide to do the tutorial, this is the hero that you will learn how to play.

Sniper is a very capable midlaner and an excellent carry, but unlike some of the heroes on this list, you need to be very careful when picking. He is very fragile and needs defensive items to survive, so avoid playing him if there heroes that can quickly kill him.  Of course, it is possible to survive even then, but you need to have good team-mates and the proper items to do so.

Similar to Phantom Assassin, Sniper is a very noob-friend hero because he has two passive skills. Much like the other carries in Dota 2, he is not all that useful early on. However, as soon as the first set of items roll out, things change drastically.

One of the most important things to remember about this hero is that you need to position yourself properly. This can be very hard, especially when you're new to the game, but it is essential if you want to stay alive in a teamfight. A well-placed Sniper usually does tons of damage during team fights.

Currently, the hero has around 20 million fewer picks in comparison to Phantom Assassin, which earns him the third spot on our list. 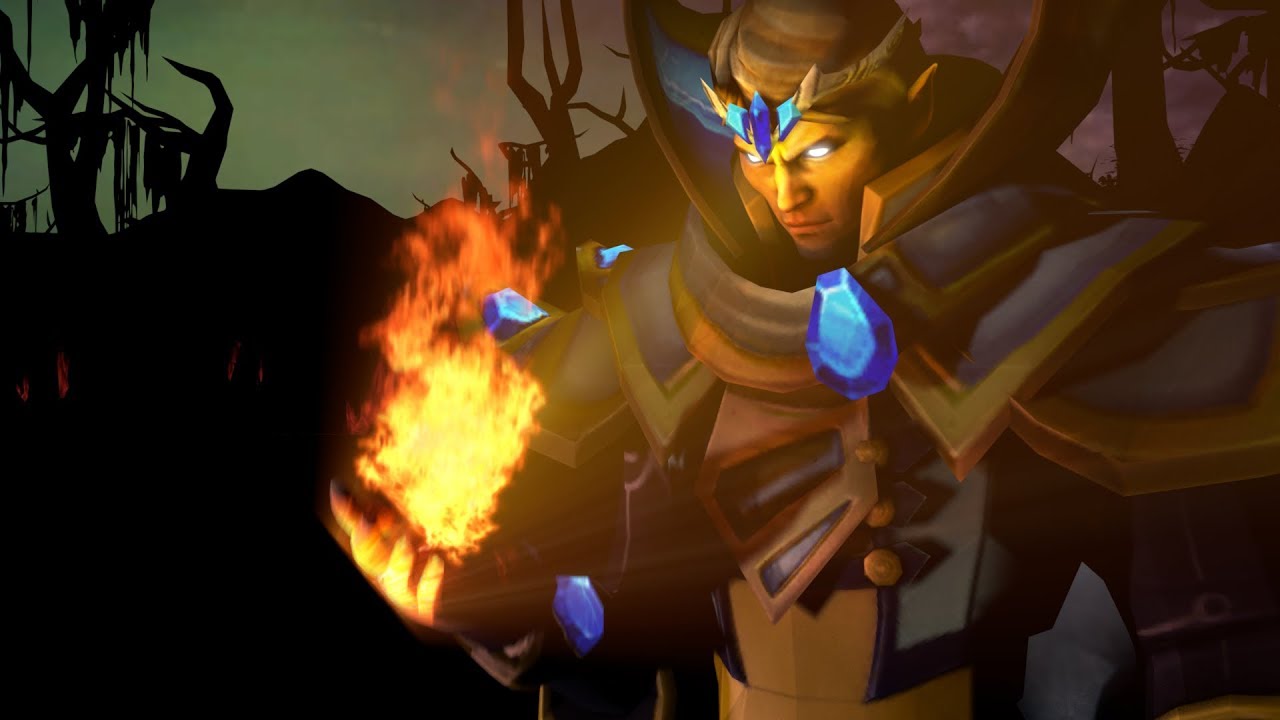 If you are the type of player who wants to have the ability to carry his team to victory alone, this is one of the heroes that allow you to do so.

Invoker is a classic mid laner who is capable of doing tons of magical damage at any stage of the game. He is unique in many ways, from the way he looks to his spells and item choices. However, we need to make a fundamental note here - this is one of the hardest heroes in Dota 2 and probably the worst options if you're new to the game. We definitely don't advise you to spam this hero until you have a general knowledge of the game and how to play him properly.

Unlike every other hero in Dota 2 that has four, maximum five spells, Invoker has ten of them. Every single one is useful in a specific situation and can do an insane amount of damage. To use all those ten spells, Invoker uses a combination between three orbs - Exort, Quas, and Wex plus his Invoke ability. He can have up to three active orbs at once, and every spell is a mixture between them.

For example, if you want to cast a Chaos Meteor (one of the highest DPS spells in the game), you need to press Wex, Exort, Exort, followed by Invoke to get this spell. As you can imagine, this is a tough thing to do, and it requires a lot of practice and time. We will make a separate guide just for this hero because there are many tricky things you need to remember when playing him.

Despite being one of the hardest (if not the hardest) heroes in Dota 2, Invoker is the fourth most popular pick in the game's history. 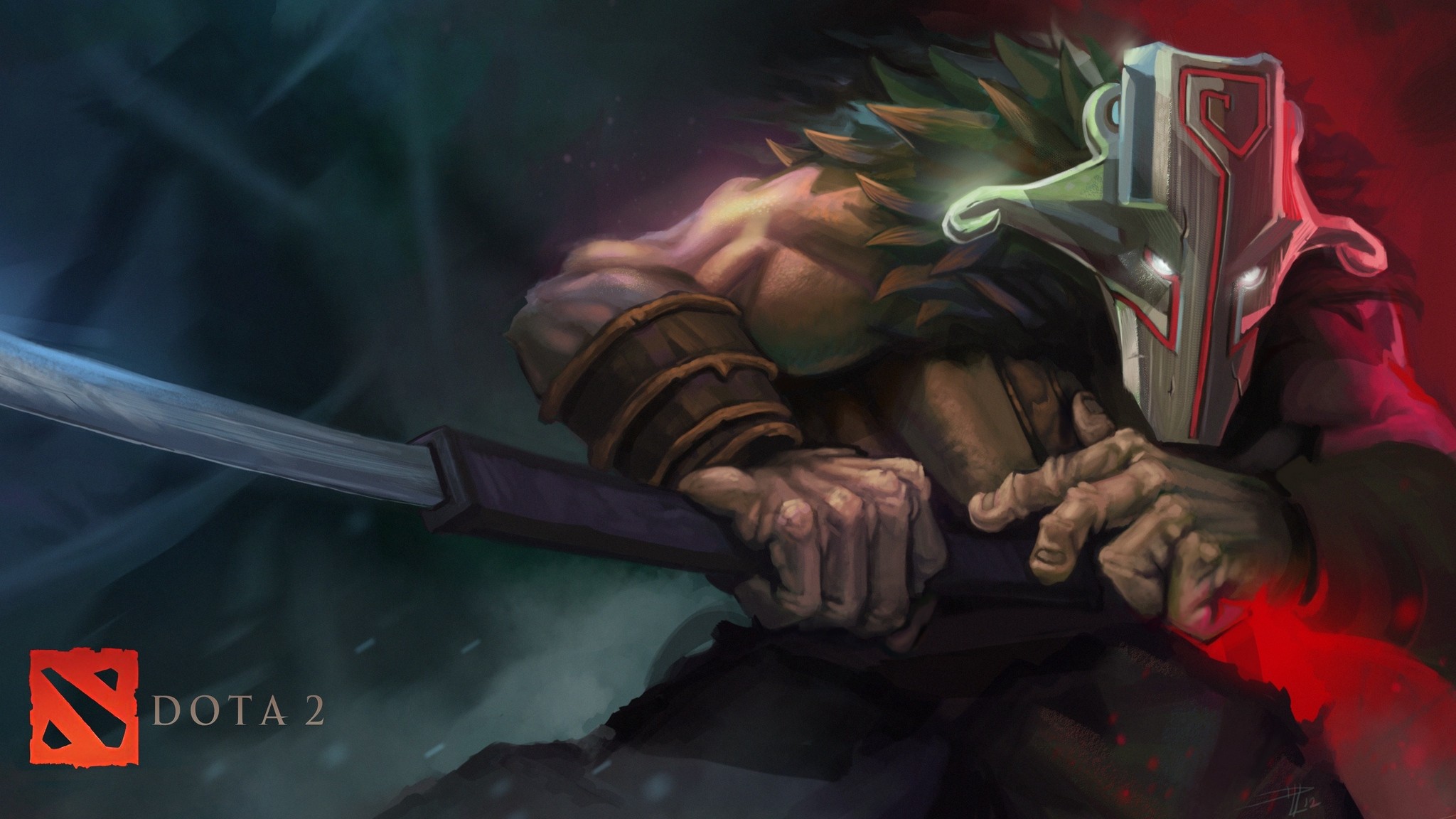 Everyone loves Samurais because they look fantastic and are one of the best fighters.  Well, Juggernaut is the Samurai of Dota 2. He is also a carry, similar to Phantom Assassin, that can do a lot of damage. However, unlike her, Juggernaut can be very useful even early on due to his spells.

Speaking of spells, Blade Fury is the highest level one damage spell in Dota 2, which makes this hero very dangerous in the first couple of minutes. Usually, he is combined with heroes such as Vengeful Spirit or Crystal Maiden that have some sort of CC ability.

Juggernaut is reasonably easy to play, has a spell that restores his HP, and does a lot of damage, which are all reasons for his insane popularity. Perhaps the hardest thing about this hero is his Ultimate. Even though it might seem like a pretty straightforward thing to use, it can be very tricky, especially when there are creeps nearby. In order to make the most out of it, you need to use it only when there are no creeps next to the enemy heroes. Otherwise, you will just waste your damage and won't be able to take down anyone. 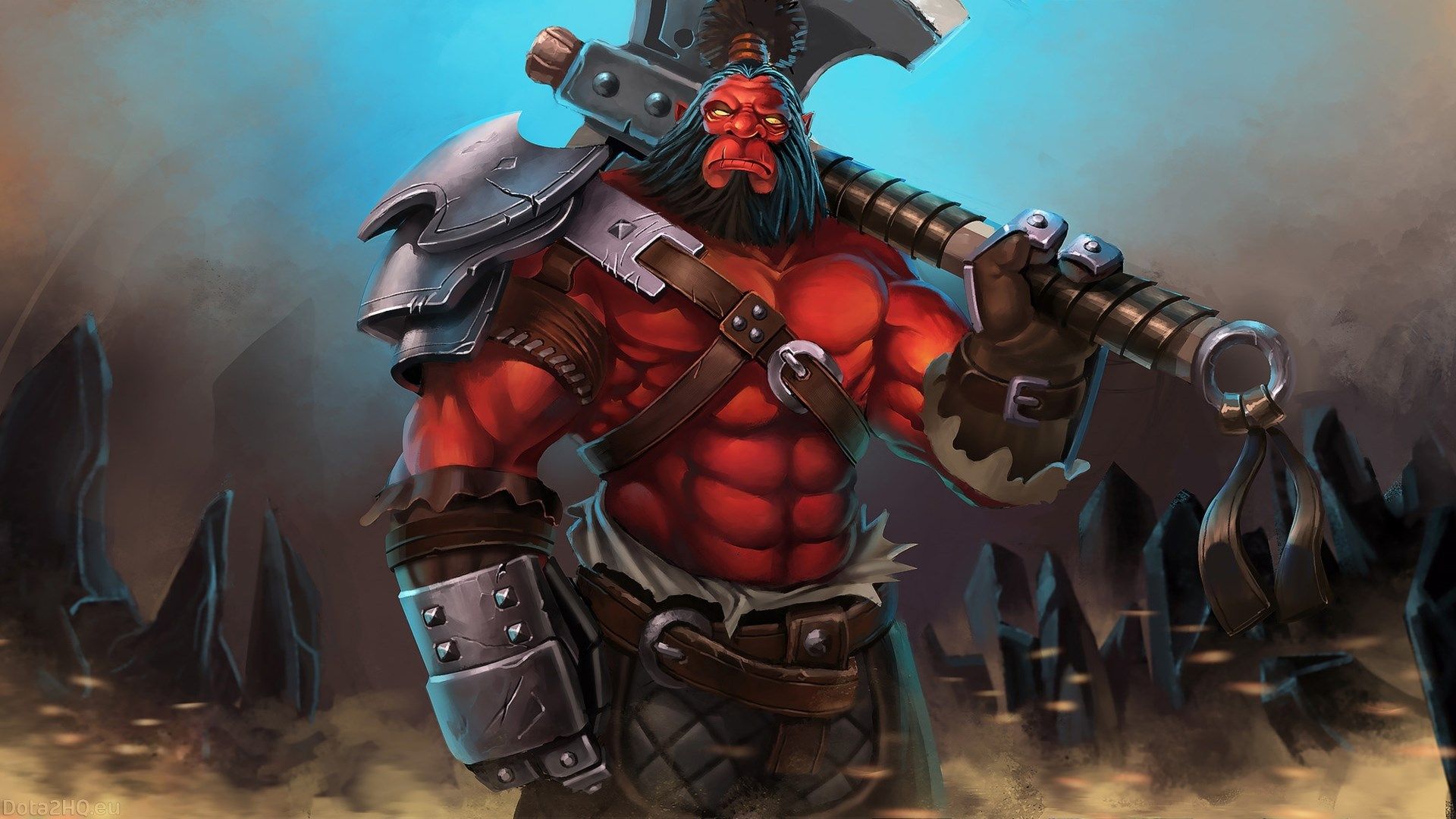 Apart from pudge, this is the only hero that is never played as a carry. Axe is very dangerous at all stages of the game because he can keep the enemies in place while also do a significant amount of damage. Usually, players prefer to either go to offlane or jungle, but we believe that the offlane is where this hero should be.

Every player knows that he needs to avoid getting attacked by the enemies to stay alive. However, when it comes down to playing Axe, the situation is a little bit different. This hero's most substantial ability is triggered whenever he gets attacked. In other words, you need to try and force the enemy and their creeps to punch you in certain situations, in order to do damage.  Needless to say, this makes this hero very tricky to play because you need to know your boundaries. After all, if you allow the enemies to attack you for too long, you will end up dying.

The good thing is that you can always combine Axe with a defensive Dota 2 hero, such as Dazzle, for example. Those two can demolish the enemy's safelane, given a decent start. 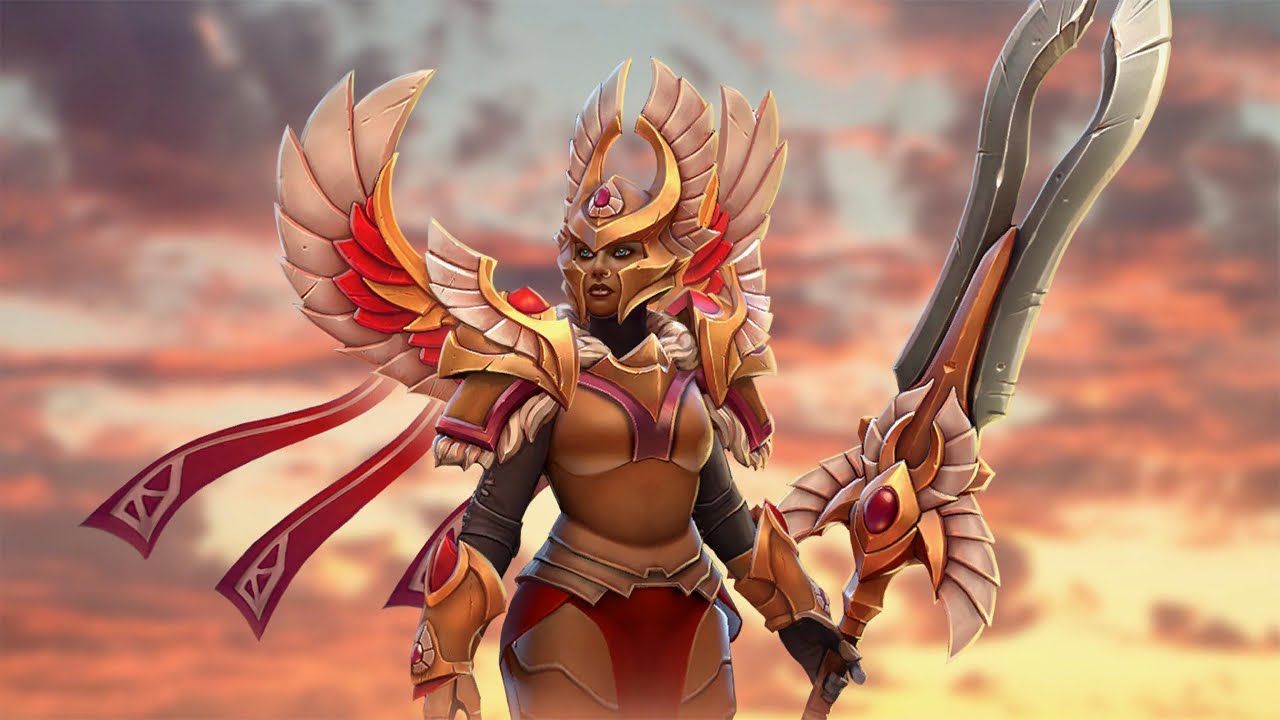 The last hero on our list today is Legion Commander,  one of the deadliest one versus one hero in Dota 2. Even though LC can be played in pretty much every single position, she excels the most when she's put either mid or offlane. She has one of the highest starting damage in the game that allows her to get easy last hits early on. Besides, Legion's second skill is one of the strongest debuffs in Dota 2 that also heals a lot. This makes the hero utterly durable against certain combos.

However, the skill that stands out is his ultimate - Duel. As the name suggests, when you use it to an enemy hero, you and he start hitting each other for a certain period, and the winner of this (the one that survives) earns bonus damage. This is a very tricky spell to use, and you need to be very careful how you use it because if you mess it up, the enemy will earn permanent bonus damage.

These are some of the most popular Dota 2 heroes since the game was first released back in 2011. We advise you to try them out and see which one you like the most. Just remember, some of them ar a lot harder to play than others.