The International 2019 Vici Gaming vs Fnatic

The International 2019 Vici Gaming vs Fnatic ⚡⚡⚡ Esports and gaming news, analytics, reviews on WePlay! The latest news on WePlay!

Pretty interesting match to watch. Vici are title claimers, and Fnatic showed a good game in the first match.

The game began with the first blood 30 seconds before the creeps. Fnatic got too deep in the Radiant forest pursuiting Storm Spirit, which turned out to be the death of Pangolier but they instantly equalized the score, since Storm also died. Until the 15th minute, Vici dominated the entire map, and Alchemist tried to farm, but the Chinese did not allow him to calmly do this, periodically ganking him. Orio was killing it with Storm Spirit. Even with Alchemist on the team, Fnatic was 9,000 behind in gold by the 22nd minute. In the 23rd minute, the fight on the lower rune ended with a triple kill for Ori and a dieback for Ember Spirit. The game moved to the stage of constant struggle with small respites. And the next fight was victorious for Vici causing Fnatic to lose the barracks. 28th minute, Roshan for Vici, who broke the shrines, then get in a slap to the face when trying to reach the high ground. But an unsuccessful try from Fnatic endedn up with Storm Spirit and Gyrocopter tearing everyone apart. Barracks lost, buybacks activated, fantastically strong Ori strikes again — and the game ends. 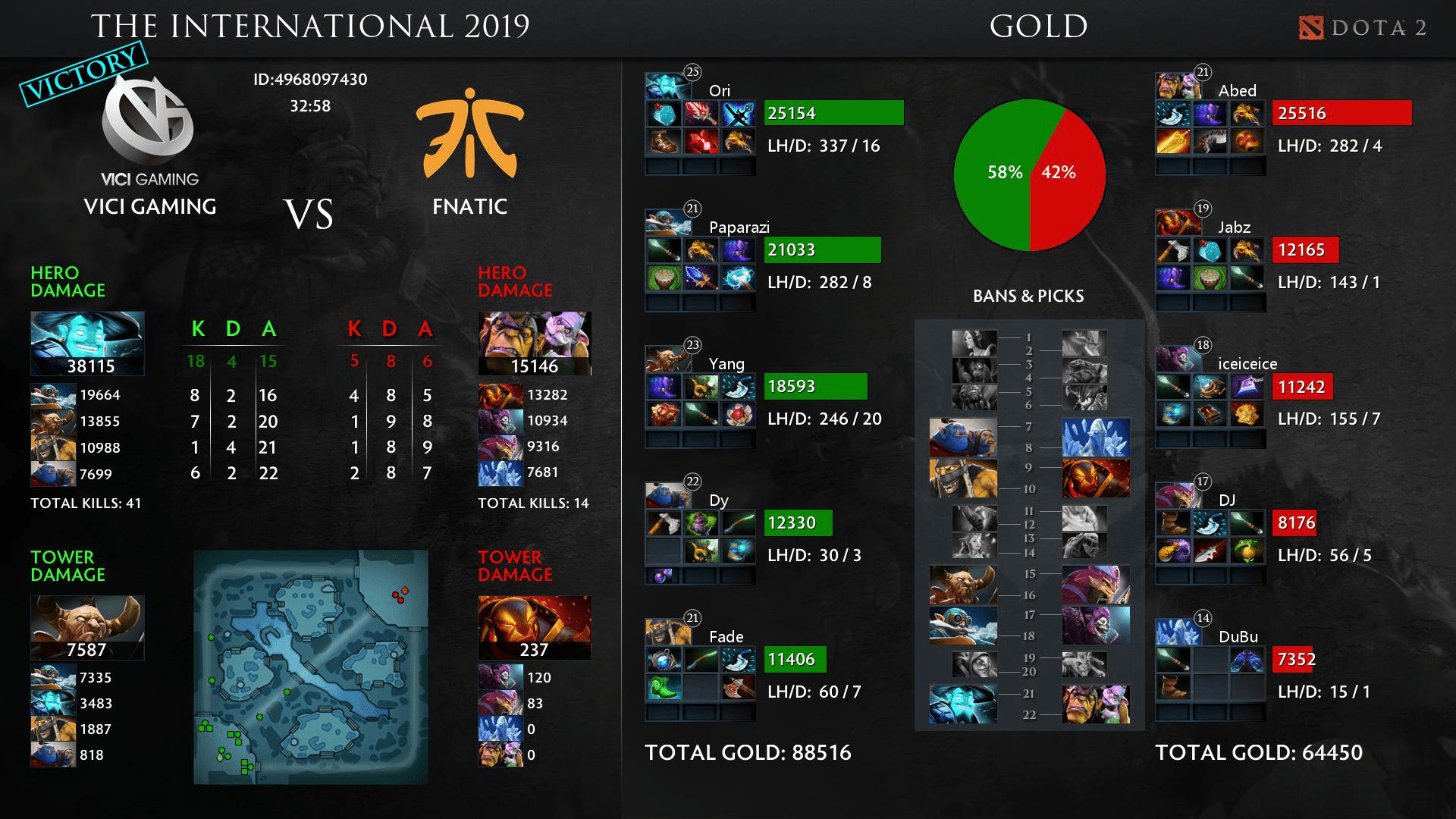 The game started quite calmly, but after the fifth minute the ganks started and again Vici took the initiative to play a peaceful farm game with occasional hassles. 23 kills for both two teams in 25 minutes, and Arc Warden was farming. However, Vici showed discipline that bore fruit. However, going to high ground would not have been so easy. But in the 32nd minute, Vici won in a sudden 5v5 fight, Fnatic lost mid and one bottom barrack. The pace slowed again, there were attempts to arrange a bloody fight, but nothing special. Vici took the entire map under control, except for the enemy base, and confidently farmed. In the 46th minute, something started, Vici went to hg, SF died, bought back, but the team retreated. "This is anti-Dota. TI2 era. Alliance vs NAVI," commentators say. 53rd minute, a fight, chaos, the last barracks fall, mega-creeps time. Vici retreat. Finally, on 56th minute, after grabbing Aegis, Vici attacks the opponent's base and destroys everyone. GG! 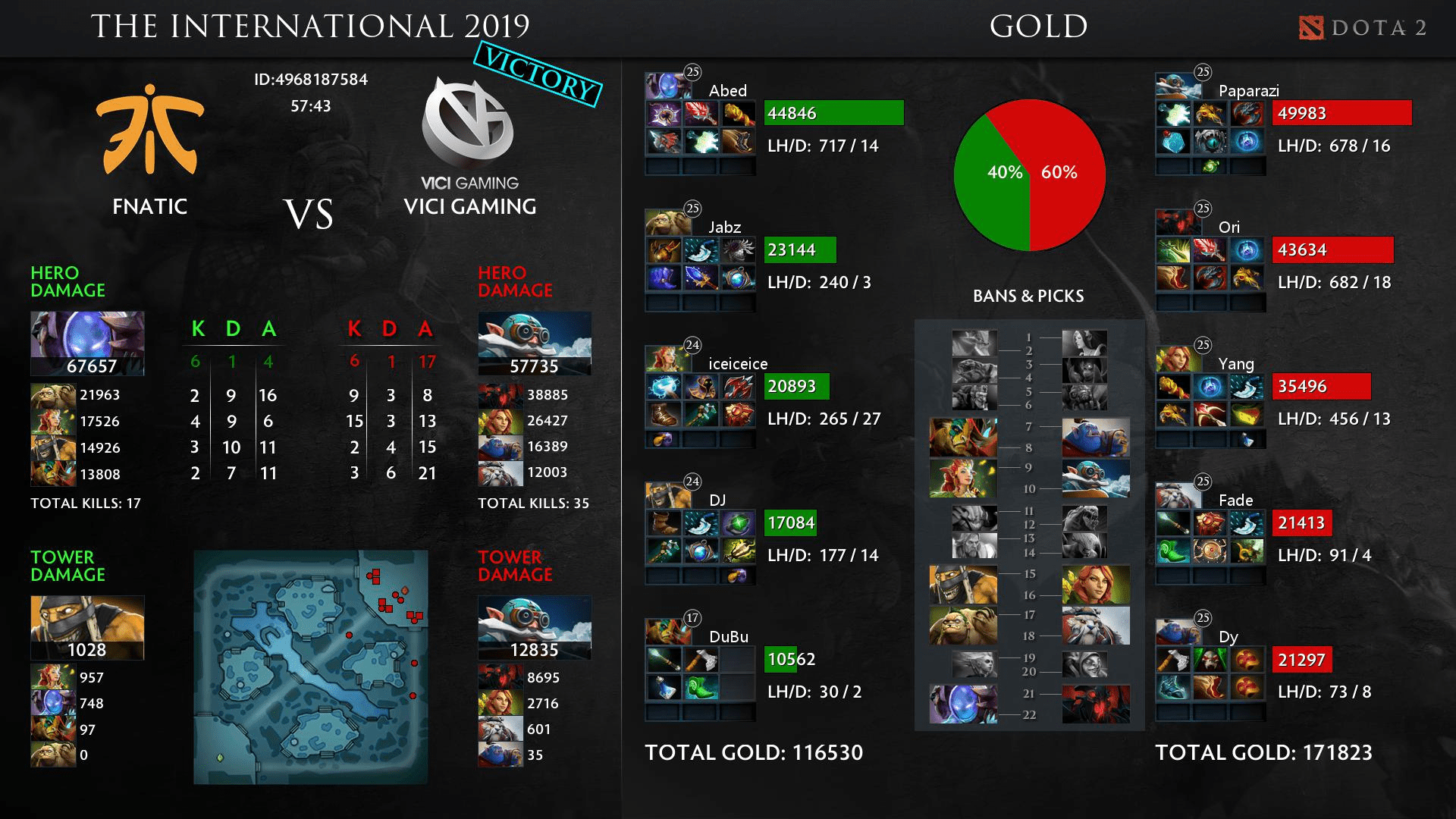