The International 2019: Team Secret vs Team Liquid ⚡⚡⚡ Esports and gaming news, analytics, reviews on WePlay! The latest news on WePlay!

In the first map, Liquids decided to take an exotic combination of Mars - Storm Spirit - Bristleback as cores. It would seem that Team Liquid took an aggressive pick, ready to sharply punch an opponent, however, the skill of Team Secret players allowed them to get the farm and keep up with the tempo. Fifteen minutes later, a weakness was revealed in the KuroKy's draft: the enemy Ember Spirit (MidOne) was simply useless and Alchemist (Nisha) quickly got Radiance while Assault Cuirass.

Team Secret got their conditions for victory earlier and did not hesitate: twenty-six minutes since the start and Team Liquid wrote GG. 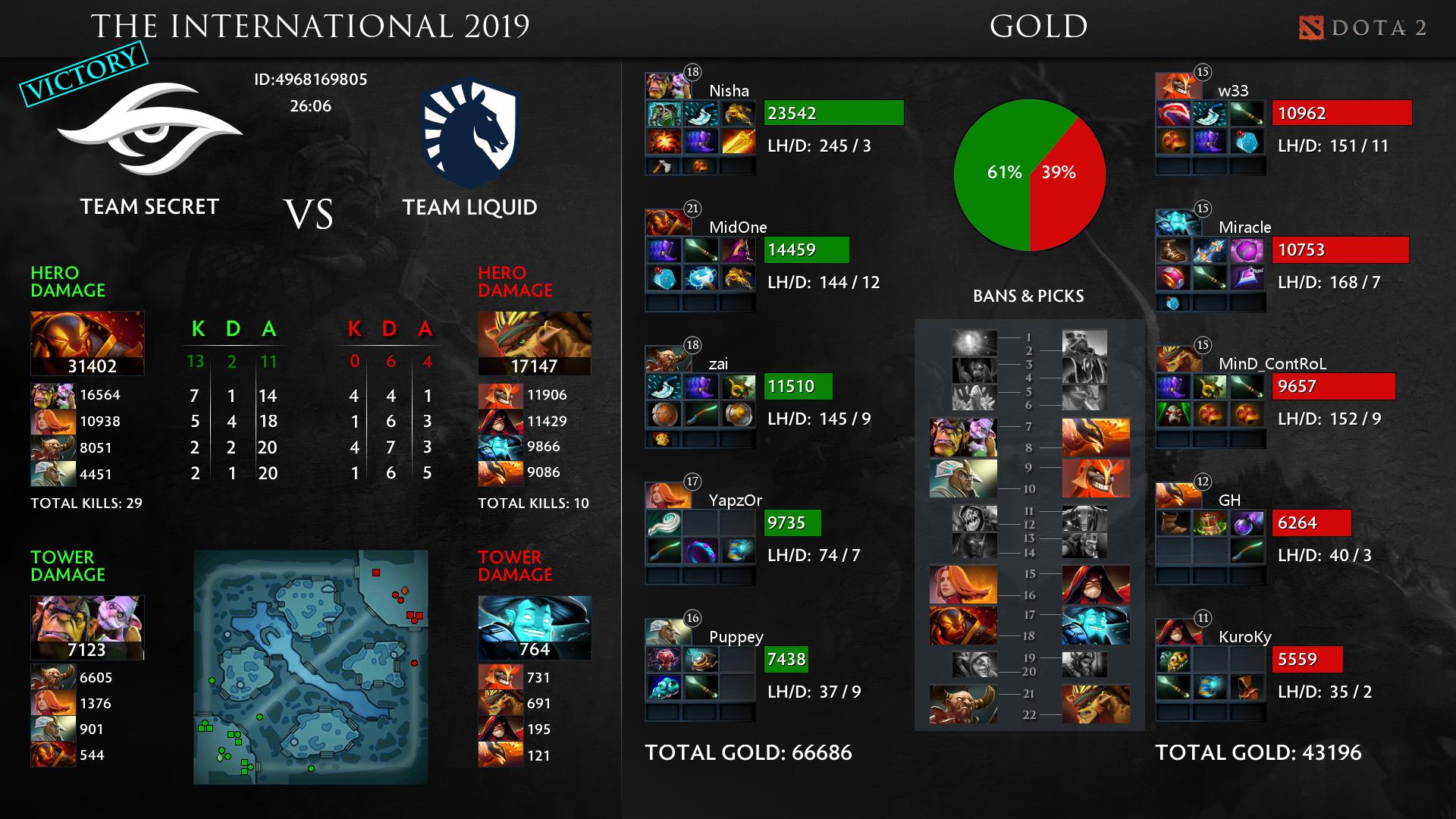 In the second map, Team Liquid decided to pick Meepo for w33, however, Puppey immediately countered it by taking Earthshaker for MidOne. The total outdraft led to the fact that the match lasted 29 minutes, and Team Secret outplayed their opponent in all respects. 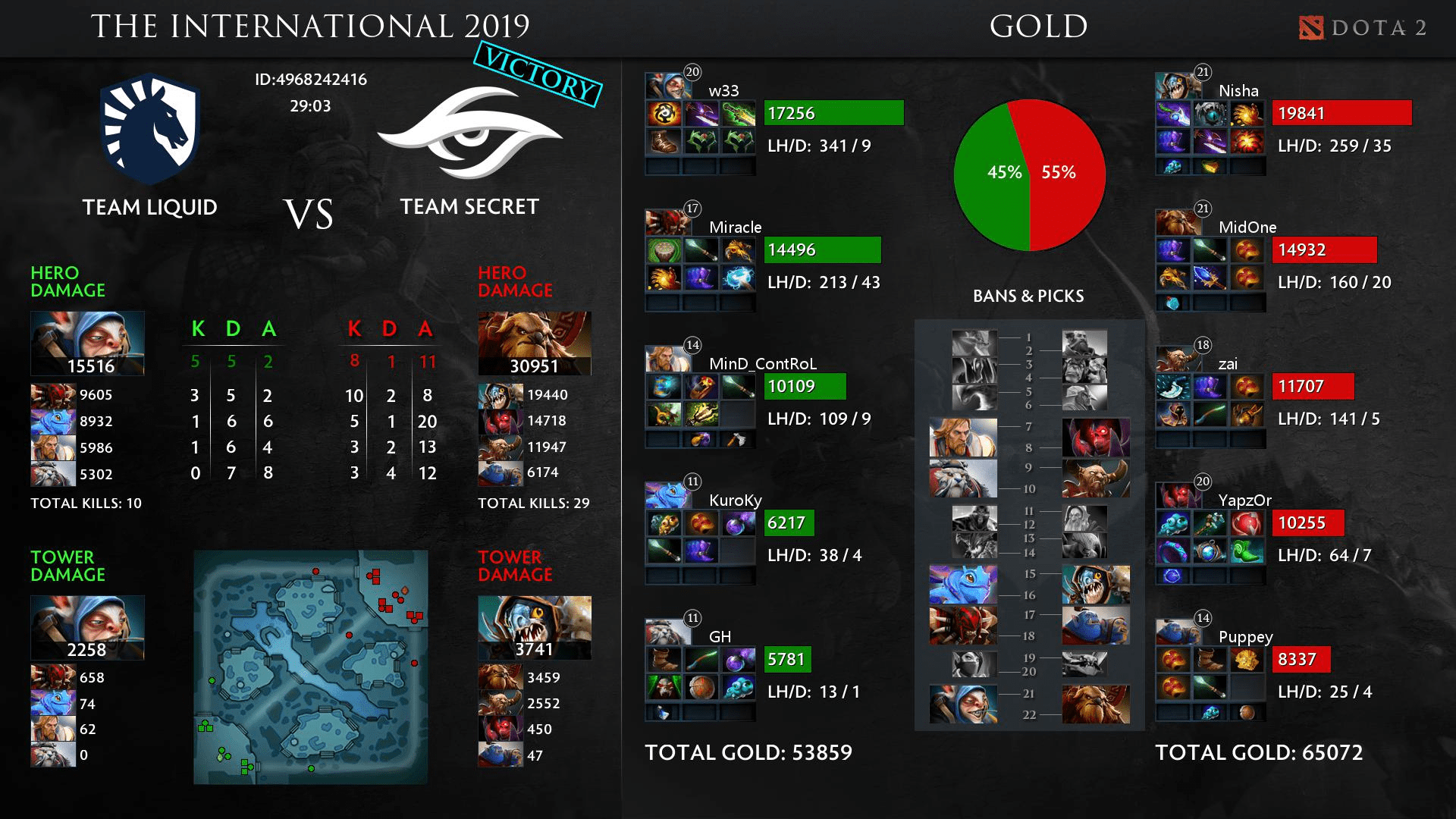