Today, Valve announced a list of talents who will be participating in The International 2019, as well as a list of events taking place as part of the main event from August 20 to 25. Rich Campbell is the most notable one this year — he will be hosting next to TI veterans Redeye and Sheever. This year, Rich hosted two DPC minors, and many community members loved him as a host. Kaci Aitchison will return to her annual event — she collaborates with Valve every year to take her part in The International championships. TI9 EN Broadcast Talents include: 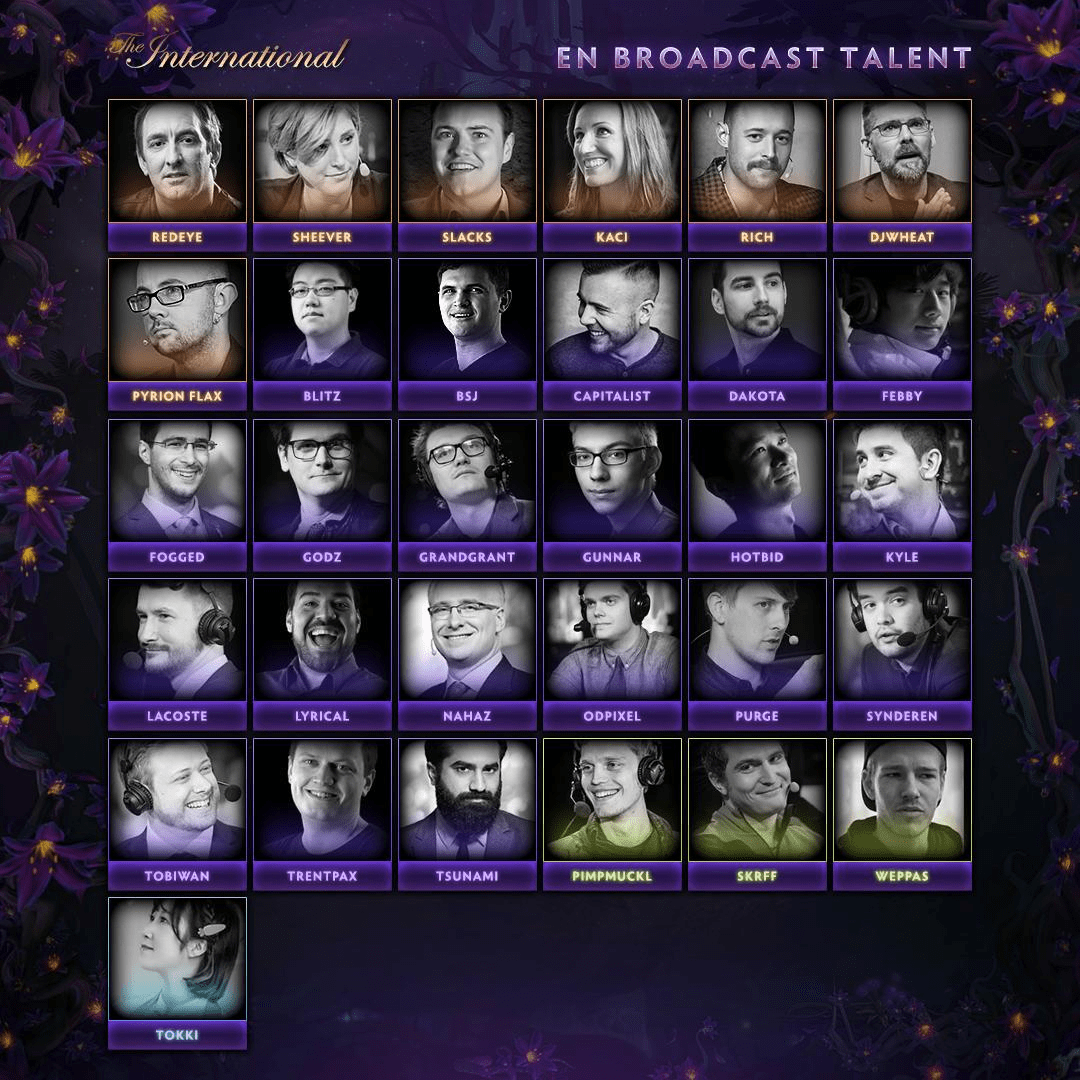 As the participants and talents have been announced in the Dota 2 Blog, Valve has created a special TI9 account on Twitter, dedicated to the tournament:

Be sure to follow and keep up to date with the latest news on the event.

*all times in GST

Fans of Valve's The Late Game Show can be happy, too — it looks like we'll get another episode of this because Marcus 'djWHEAT' Graham and Ted 'PyrionFlax' Forsythe are going to join the show in Shanghai. The International 2019 will be held from 15 to 25 August in Shanghai on the Mercedes-Benz Arena. The prize fund currently stands at $32 million and keeps growing.

Read about the most striking episodes of past tournaments with our material on the topic.