The group stage of The International 2019 Qualifiers has ended in China, Europe and North America. Twelve teams finally completed their DPC season. 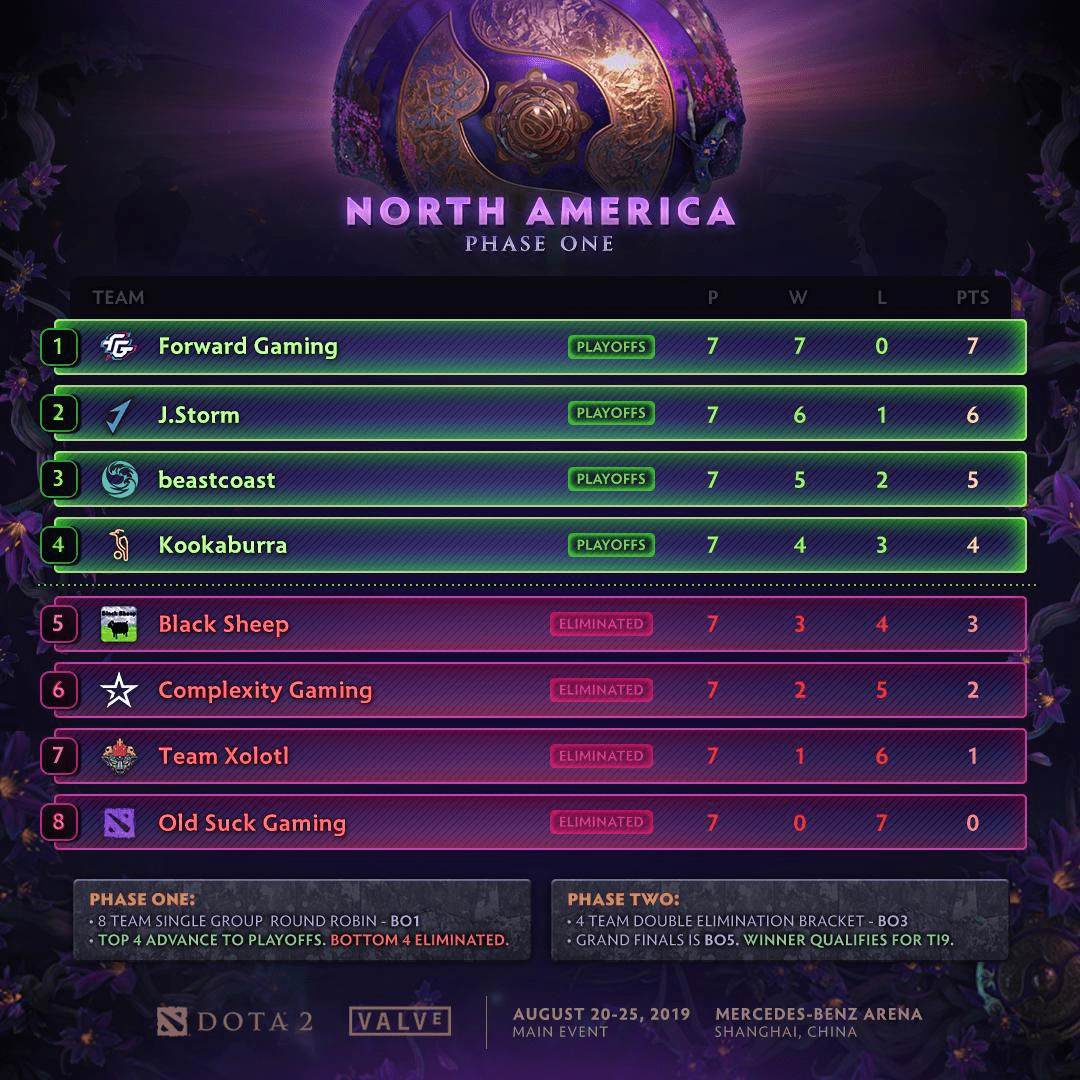 Perhaps the most boring region in terms of intrigue. There were no replays here, and the only surprise was the Complexity Gaming failure. We already mentioned that the second day for the Kips wards was supposed to be easier, but they were able to win only one out of three matches. 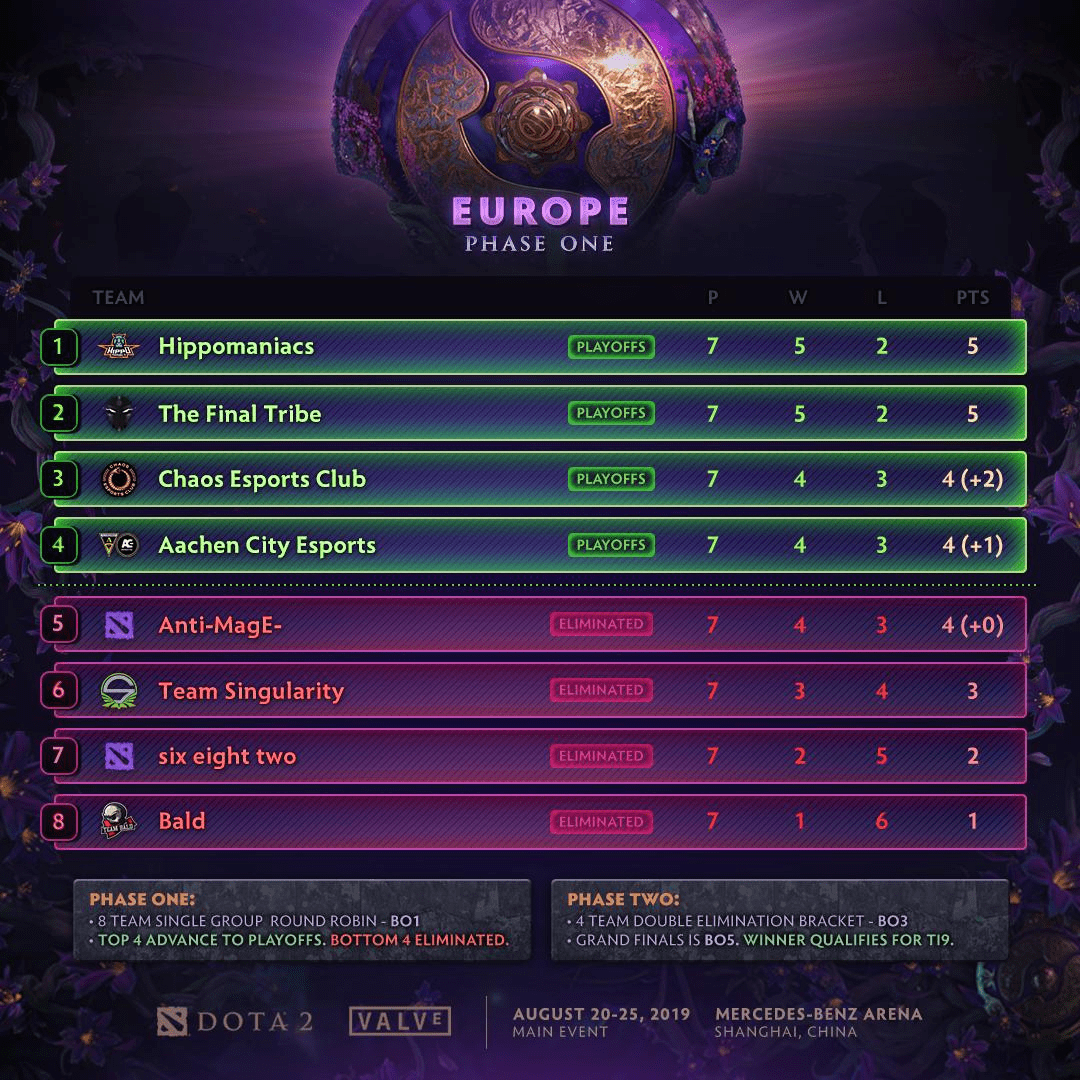 The first-day leadership was held by teams who performed together for a long time. The new mixes came on the stage on the second day. Chaos Esports Club and Anti-MagE showed a successful improve, winning two and three matches respectively. They knocked out their place in the replays. And Team Singularity couldn't reach the Playoffs after three defeats in a row.

Theoretically, a tie-break could be for the five teams at once, but we saw matches among the three teams. The Naive- and GeneRaL squad turned out to be a loser. Now Hippomaniacs will play against Aachen City Esports and The Final Tribe — against Chaos EC in the Playoffs.

CDEC Gaming, Invictus Gaming, Royal Never Give Up finished Thursday with 3-1 score. All three leaders successfully reached the Playoffs. iG and RNG didn't have any problems but CDEC had to play a tie-break together with EHOME and Team Aster, who gathered after an unsuccessful day. At the same time, EHOME played the craziest game of these TI9 Qualifiers among all the regions, beating Newbee in 92 minutes.

Team Aster became the least successful in the tie-break. Mikasa's wards lost both their matches and finished fifth in the final place without getting into the playoffs.

We also note the Newbee failure reaching the Playoffs. The inglorious season for Sccc ended unsuccessfully.

Today four matches will be played in the Best of 3 format in each region. Three more teams will leave the Qualifiers as a result.