The Playoffs stage started in Southeast Asia, CIS and South America. There will be no surprises: the teams begin to prepare for specific rivals, and a one-direction-strategy isn't enough to win the whole match. We talk about the third day of the qualifiers, so let's start with the highlights of Day 3: 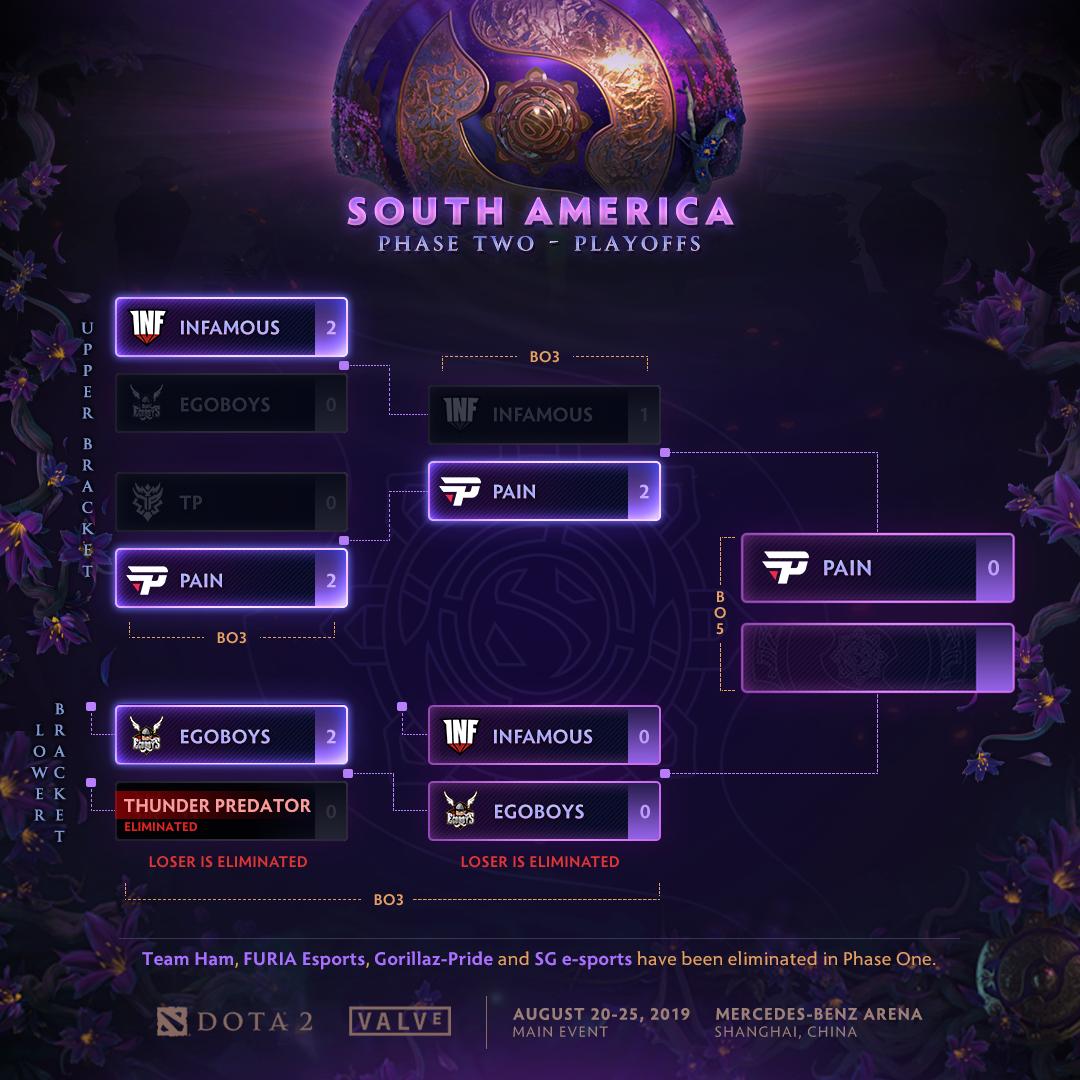 The "party" keeps going in South America. Pain Gaming remained the only representative of Brazil against three Peruvian teams, and the team became the first grand finalist. Fearsome Infamous managed to win one map in 19 minutes, but they couldn't win the match. Pain Gaming had two rather long games and forced the opponent to give up.

EgoBoys won the match against outsiders of the playoff stage Thunder Predator with the 2:0 score, and now the Peruvians will have to play with Infamous. 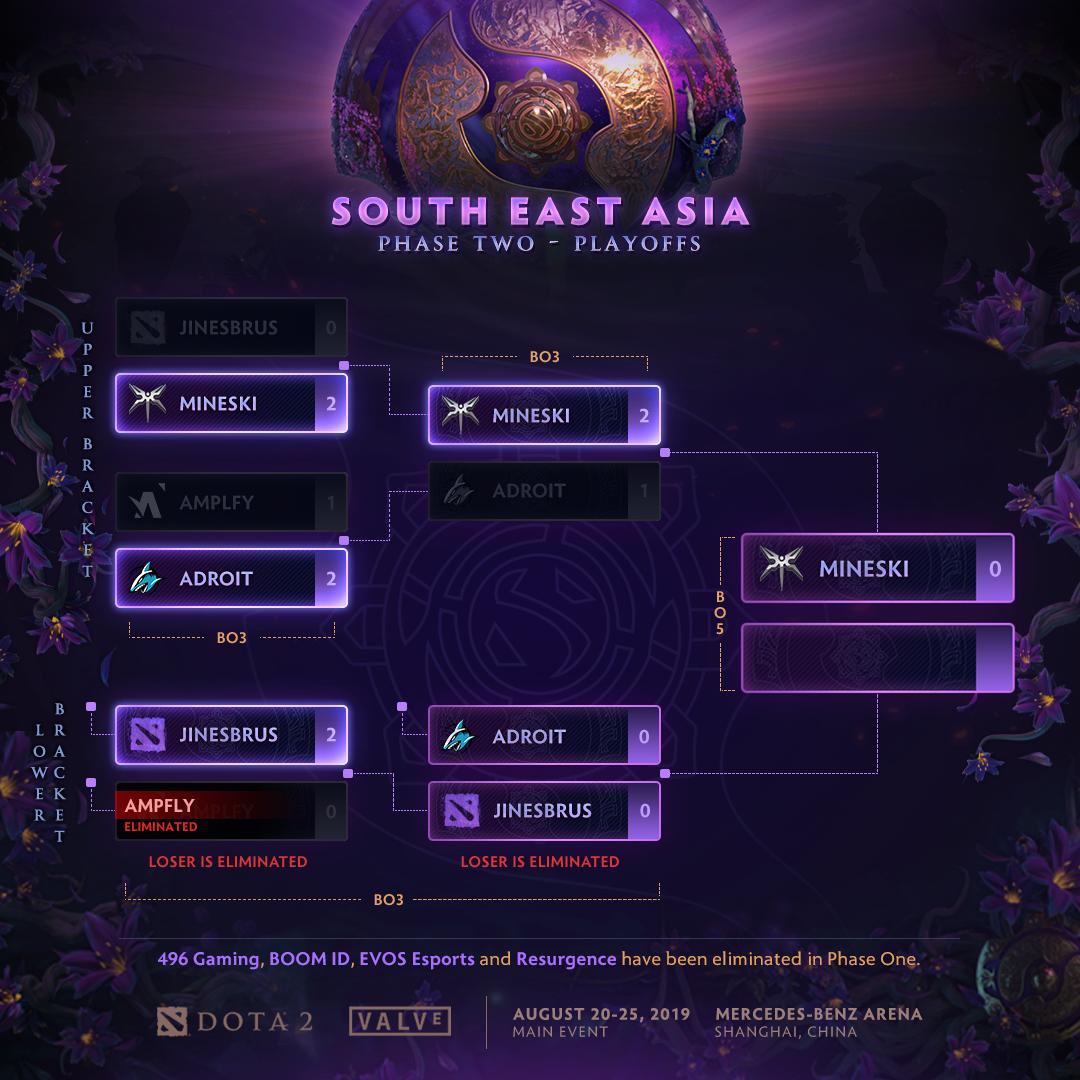 Team Jinesbrus had to play against experienced Mineski in the first round, and they miserably failed. Mineski showed that the group stage still doesn't mean anything, achieved a confident victory over Team Adroit and reached the Grand Final.

Jinesbrus was confident in the Lower Bracket — they won over Team Amplfy, preventing Jeyo's teammates from the opportunity to go to the main tournament of the year. Now the team with the Korean core will have a tough day in which they'll need to win five maps. If they succeed, it will be a decent comeback. 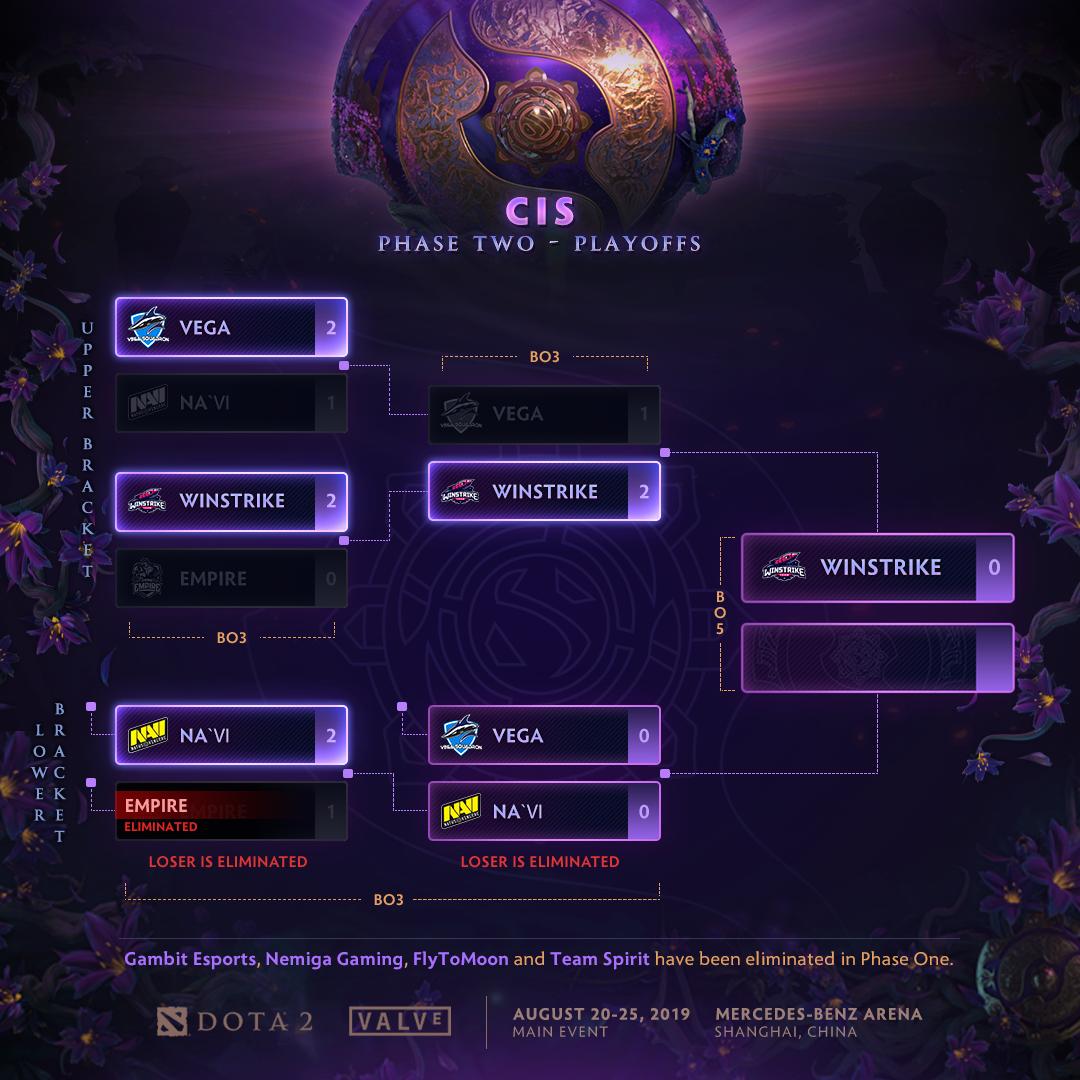 Many experts thought that Vega Squadron's successful performance in the group stage was caused by the competition format. When you have seven Best of 1 matches, nobody makes specific preparations for you and it's impossible to adapt. There was a lot of attention to the first match of "sharks"  in the Playoffs. Could it be that Vega is really that strong in the region, breaking into the DotA elite just for the main Qualifiers of the year?

The match against Natus Vincere showed that this is not an accident. Vega Squadron looked confident enough, and despite numerous mistakes from both sides, were able to win. By the way, this particular match was the most intense in CIS in the last 24 hours.

Winstrike Team avoided the mistakes that "Born to Win" made. "Rockets" gained the second qualifying speed, wiping Team Empire from the map and beating Vega Squadron. Now they have to wait for their opponent in the Grand Final.

Team Empire left the tournament. The guys failed to show the high level of their game. Their match against Natus Vincere was full of different mess-ups, but the the Ukrainian team turned out to be stronger in the Lower Bracket Round 1. NAVI will have to play another match with Vega Squadron, and the teams' chances in it are about equal.

Today we'll know the names of three more The International participants. The final of the Lower Bracket is in Best of 3 format, and the Grand Final will be held in the Best of 5 format.