The International 2019 group qualification stage came to an end in the three regions. Twelve teams were left without an opportunity to get to the main tournament of the year — the favorite teams were among them. 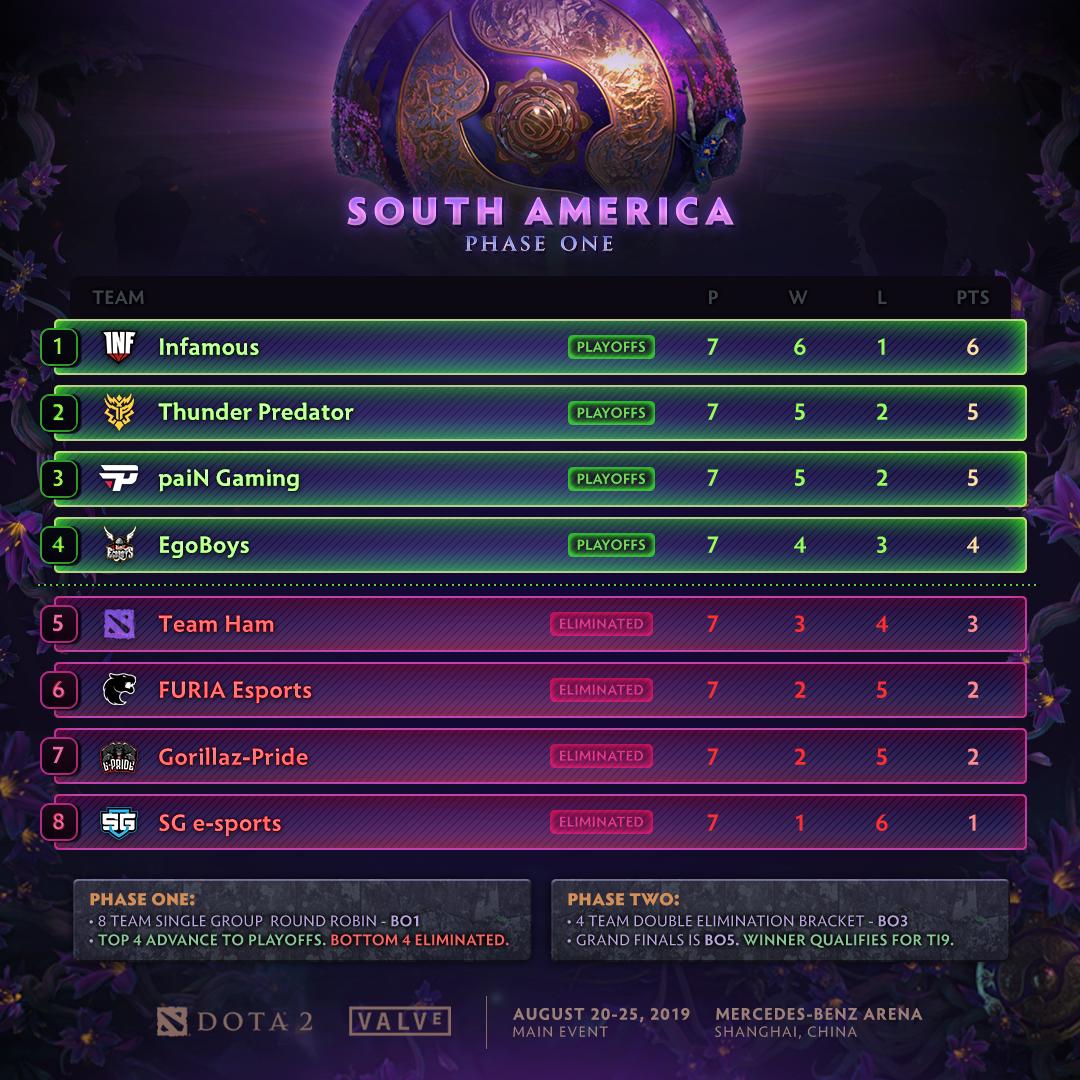 Team Ham didn't get to the Playoffs in South America. After the first unsuccessful day, the team needed to win two matches against SG e-sports and Infamous. Team Ham dealt well with the first task, and then they failed the second. The former Team Anvorgesa showed who is the boss in the region, not only sending European players home but also taking a confident first place with 6-1 score.

Thunder Predator, paiN Gaming and EgoBoys also got to the Playoffs, and, probably, we will see players from Peru at The International — paiN Gaming have to try very hard to beat three Peruvian teams out of the draw. 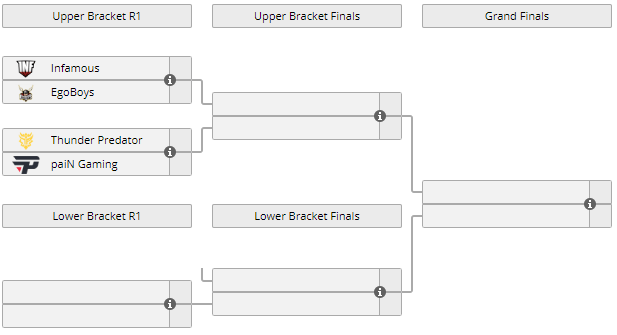 Monday was Mineski's comeback day in South-East Asia. The Qualifiers favorite was able to win three games in a row. Team Jinesbrus (6-1), Team Amplfy (5-2) and Team Adroit (4-3) got to the Playoffs together with Mineski.

Jinesbrus was defeated for the first time in these Qualifiers, losing in the opening match of the day against Team Amplfy, but the team didn't tilt and confidently finished the group stage, taking first place. Now we are waiting for a rather exciting Playoffs stage, which the best teams have reached. 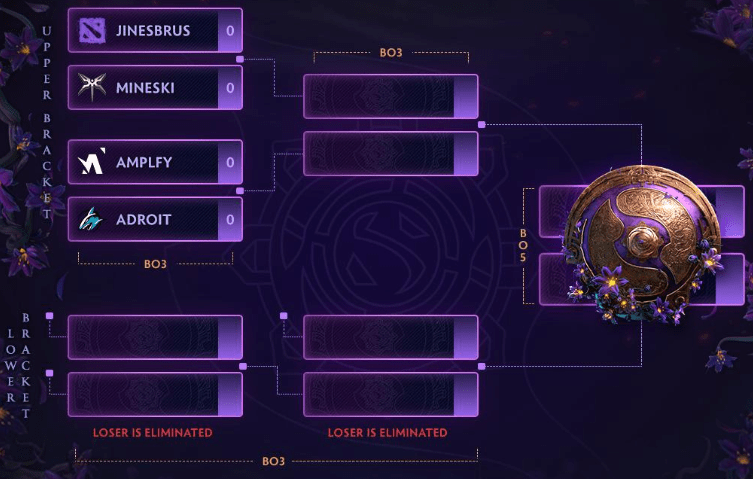 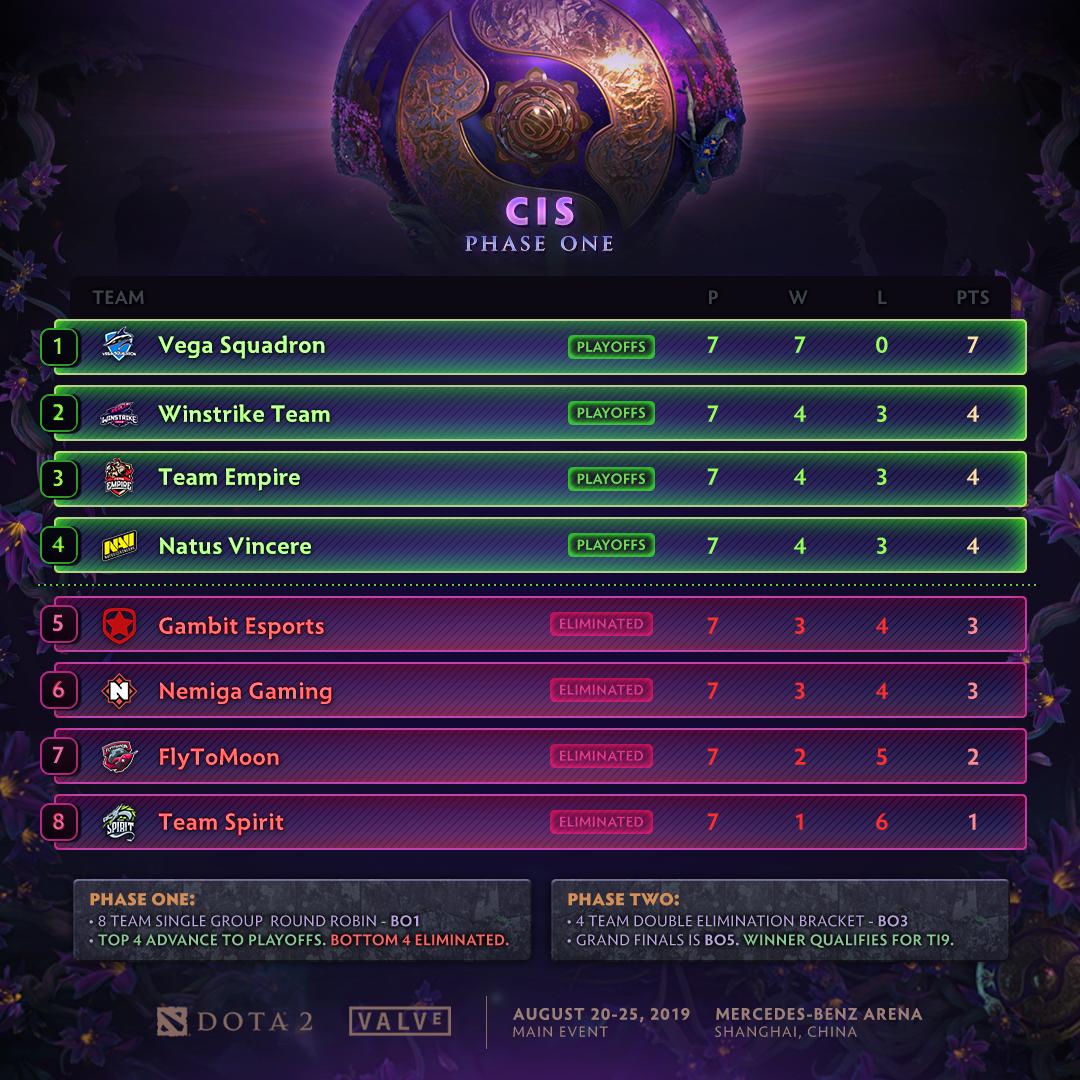 We end this recap with the main sensation of these Qualifiers. Gambit Esports took only fifth place in the group stage and didn't reach the Playoffs! The fng team had the 3-1 score after the first day, and nobody expected surprises. However,  Afoninje allowed himself a rage quit in the very first map: after his Morphling died, Andrew (having the buyback) wrote "Good Game, Well Played" in the chat and left the server.

The organization issued a statement in which the management promised to punish the player for such behaviour.

After that, Gambit lost two more matches against FlyToMoon and Vega Squadron. The leader of the team played extremely bad. Three victories weren't enough to get to the Playoffs, and the biggest favorite left the Qualifiers.

Vega Squadron, Winstrike Team, Team Empire and Natus Vincere are in the Playoffs. Three teams, except the "sharks", completed the group stage with 4 wins and 3 defeats. The guys from Nemiga Gaming were very close to the cherished four, but the Belarusian team lost to FlyToMoon in the last match. The ALWAYSWANNAFLY mix didn't let two teams into the Playoffs, but couldn't impose competition. Finally, Team Spirit lost all three maps on Monday, ending the season. 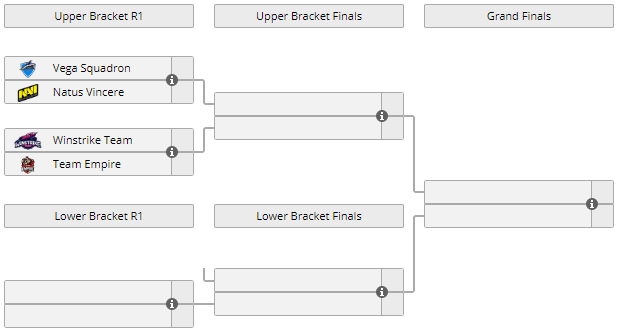 Four Playoffs matches in the three regions will be today, and we will find out the names of three more teams for which the 2018/19 season will be over. All the fun is yet to come.