The second stage of The International Qualifiers started in three regions on Sunday. Twenty-four teams from South America, South-East Asia and CIS joined the fight for three "tickets" to the main tournament of the year. The group stage format, where eight teams play with each other in the Best of 1 matches, wasn't without some surprises, and we'll tell you about them. 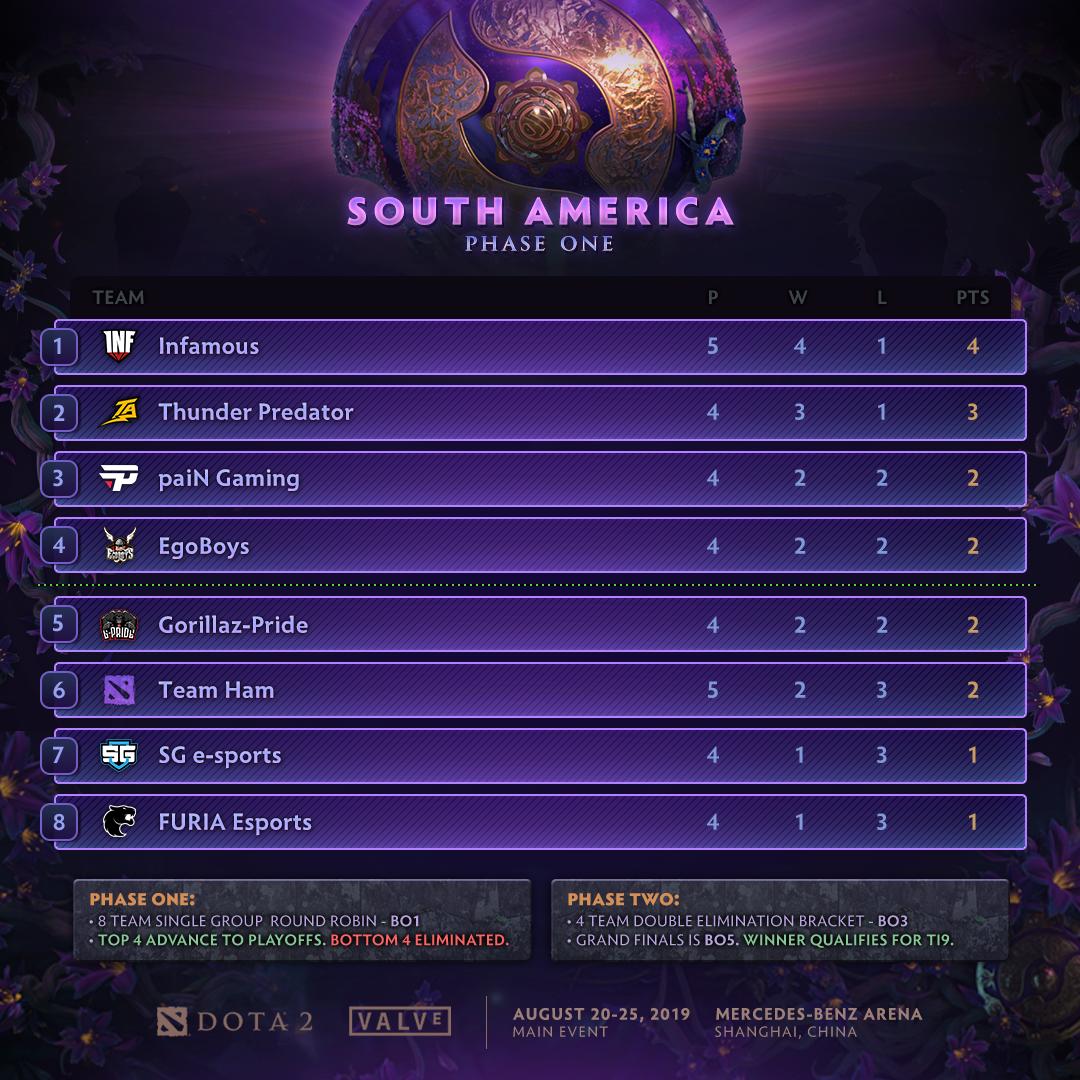 It's the most problematic region. The thing isn't in the teams, but in the servers for the games. Teams from Peru cannot play on Brazilian servers, and teams from Brazil cannot play on Peruvian servers. Take a look at how paiN gaming played:

We have results that are provided not only by the teams' level, but also by technical problems. Nevertheless, Infamous and Thunder Predator showed their superiority, while the rest have great difficulties in these conditions. Despite the trip to EPICENTER Major, Team Ham failed the first day, and now they need two wins out of two remaining matches. In this case, they still have chances to get into the Playoffs. 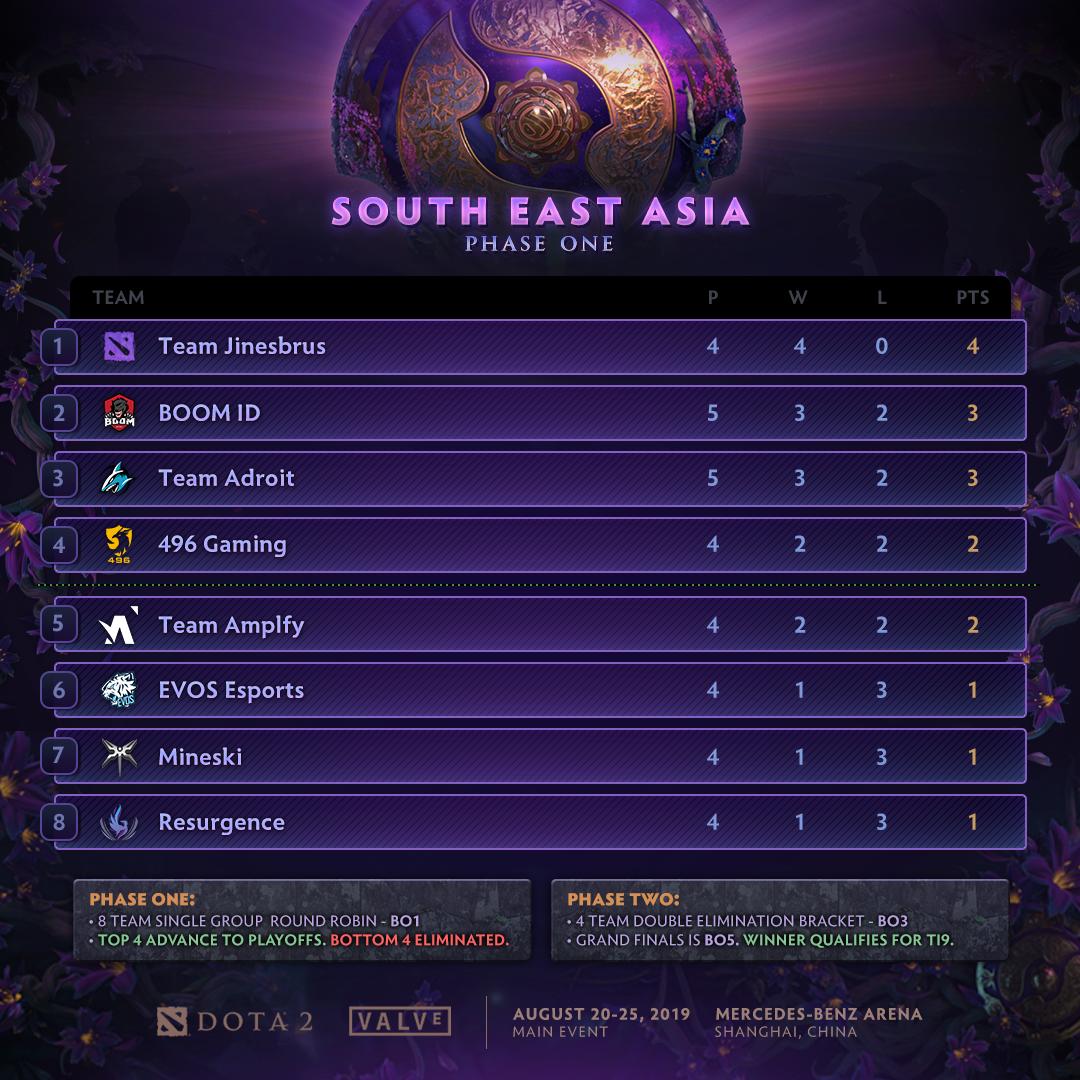 Refusing Ahjit and 71, Mineski completely destroyed their game and look unprepared for the Qualifiers. One win in four matches isn't the result that was expected from the favorite team. The saddest thing is that the quality of their game, which the team is now showing, isn't enough to get to Shanghai.

But Team Jinesbrus is all good. The team hasn't lost a single map yet and looks like the main favorite to win. The overall level turned out to be fairly even, and there are no obvious outsiders in the region. Everyone can win one match, and we can see very unexpected results from this "roulette". 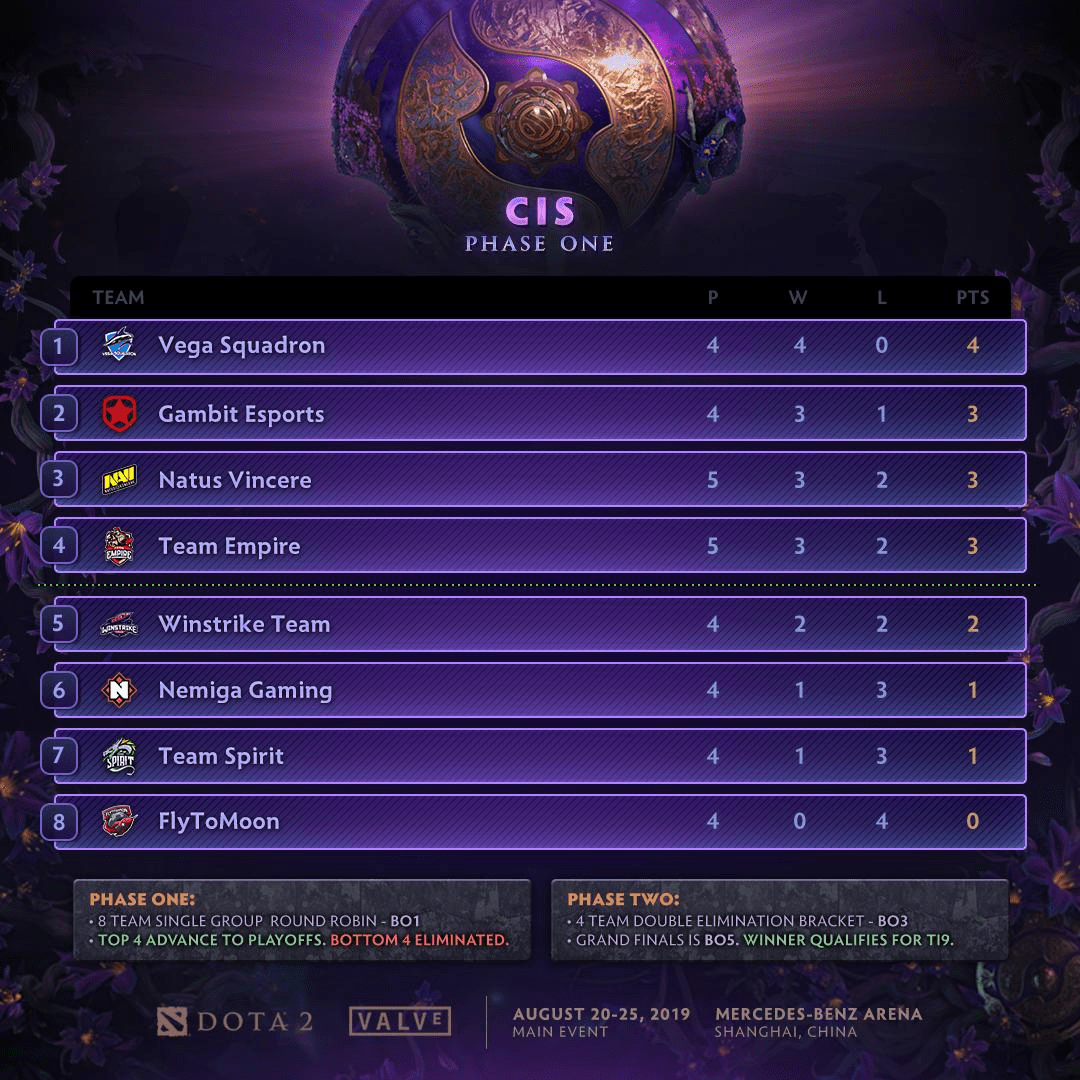 Unexpectedly for the majority of Dota 2 fans, Vega Squadron takes the first place in terms of Sunday, having won four out of four games. According to Olsior: "Even in the qualifiers, Vega looked like a team that looked like a team. Given the systematic instability with which the favorites of the region approach any qualifiers, their 4-0 aren't predictable, but they make sense."

It isn't clear yet how long the Vega Squadron players will be on a roll, but one team from CIS region was always in the Playoffs as one of the favorites. This year, the "sharks" can be such a team.

Gambit Esports, Natus Vincere and Team Empire began their way quite expectedly: apart from the simultaneous defeats of the "Imperials" and "born to win" from the current leaders of the group stage, the other results were predictable. Winstrike Team could have been added here, but their match with Nemiga Gaming was a mistake that could result in a premature elimination from the tournament.

Nemiga Gaming, Team Spirit and FlyToMoon are trying to show a decent game against the big four from CIS and Vega Squadron on a roll, but the chances of their final success aren't very high.

Today, the results of the remaining matches in the group stage will be announced, and only 12 teams will remain in the draw for three "tickets".