The International 2019: Infamous vs OG

The International 2019: Infamous vs OG ⚡⚡⚡ Esports and gaming news, analytics, reviews on WePlay! The latest news on WePlay!

Since the very first minute of this battle, OG were considered favourites. Infamous has surprised us with Silencer on the third position and Tiny as 4th, while OG's pick was quite usual. The most fun thing about the game was that both teams just couldn't stop spamming chat wheel phrases like "Ceeeeeb", "Ding Ding Ding..." and etc.

Infamous has made first blood on N0tail before creeps came out. Silencer kept receiving Intelligence boost. But in time, it turned out that Infamous' aggressive play wasn't worth it because the game looked more like Dota Arena which didn't help the South Americans. OG showed more teamplay and cold-bloodedness, killing opponents one by one. They had 10k gold advantage by the 20th minute. Infamous made a bet on Wraith King but that didn't work. By the 25th minute, they had no towers left except those on high ground. At the 30th minute, OG enters the base through the mid with no problems, Infamous can not resist them. Somehow they pushed OG back (or OG retrieved) but in 2 minutes in the battle for Roshan, the "overfarmed" WK couldn't show anything to the rivals. He dies, and the South American stack writes "gg". 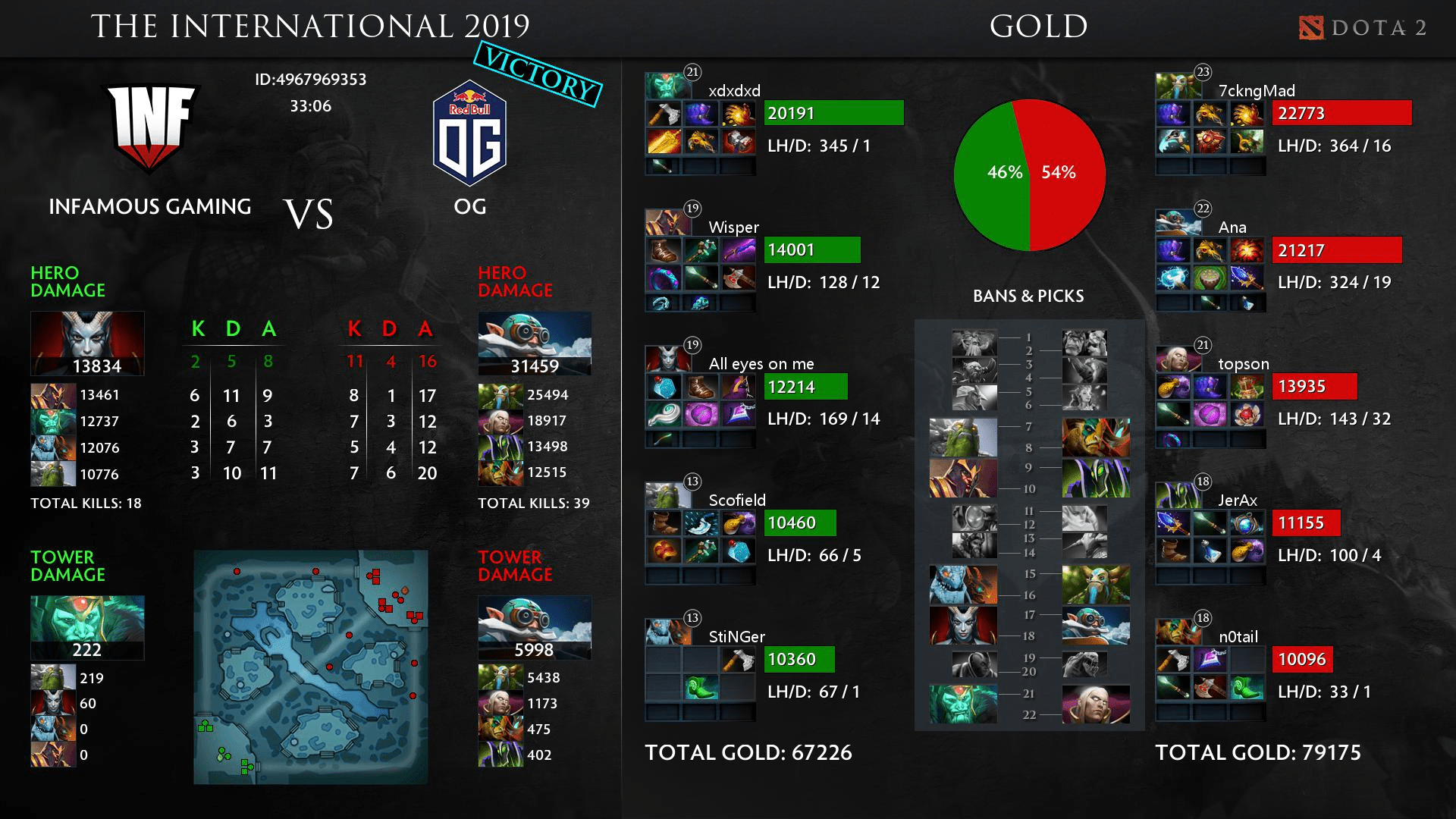 Pudge is here for Chris Luck! And JerAx on Tiny. That's playing to win, baby!

The second map was much more regulated than the first. The mid-lane clash between Pudge and Tiny, Abaddon on an incomprehensible position dies more often than everyone else, and Spirit Breaker runs around the map in search of a victim (mostly unsuccessfully). 18th minute, Roshan fight, five deaths for Infamous. OG proceed to the high ground, demolish one barrack. One more try to come back from the South American team, but at 19:39 they write "gg". The fastest game of the tournament at the moment. 200 Battle Pass points for a successful prediction. 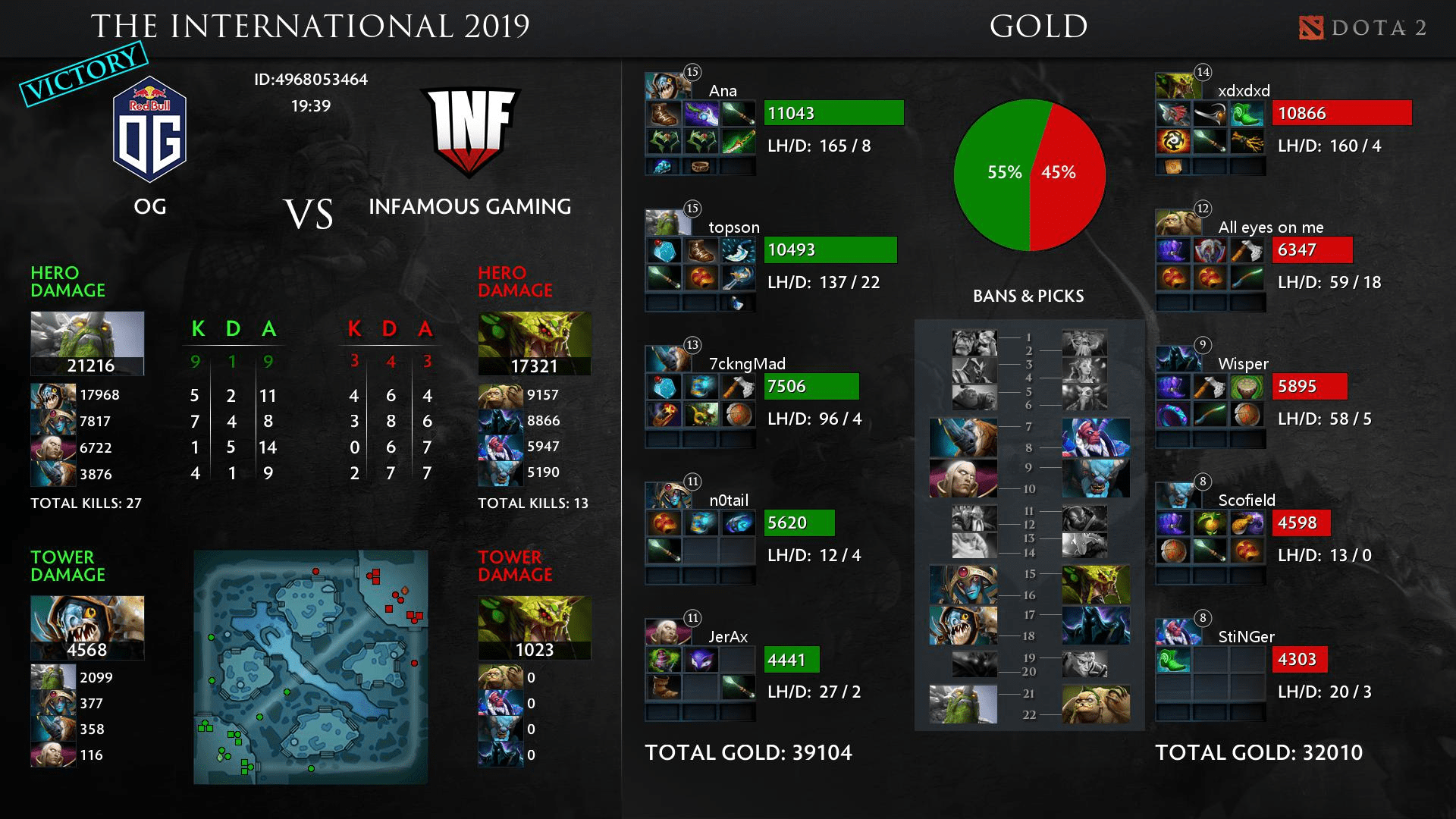