The International 2019 Group Stage: Ninjas in Pyjamas lost to Virtus.pro

The International 2019 Group Stage: Ninjas in Pyjamas lost to Virtus.pro ⚡⚡⚡ Esports and gaming news, analytics, reviews on WePlay! The latest news on WePlay!

The International 2019 has begun! The match between Virtus.pro and Ninjas in Pyjamas started with an hour delay, which tested the strength of the fans who decided to get up early.

Ninjas in Pyjamas started with a slight advantage, but by the twentieth minute the situation on the map had levelled off. Peak density helped the Bears pull toward the midgame and meet the half-hour mark of the match storming the enemy Tier-3 tower. Timely artefacts and the dominance of Virtus.pro on the map did not leave NiP a chance for a comeback. Ten minutes later, ppd and the team conceded defeat. 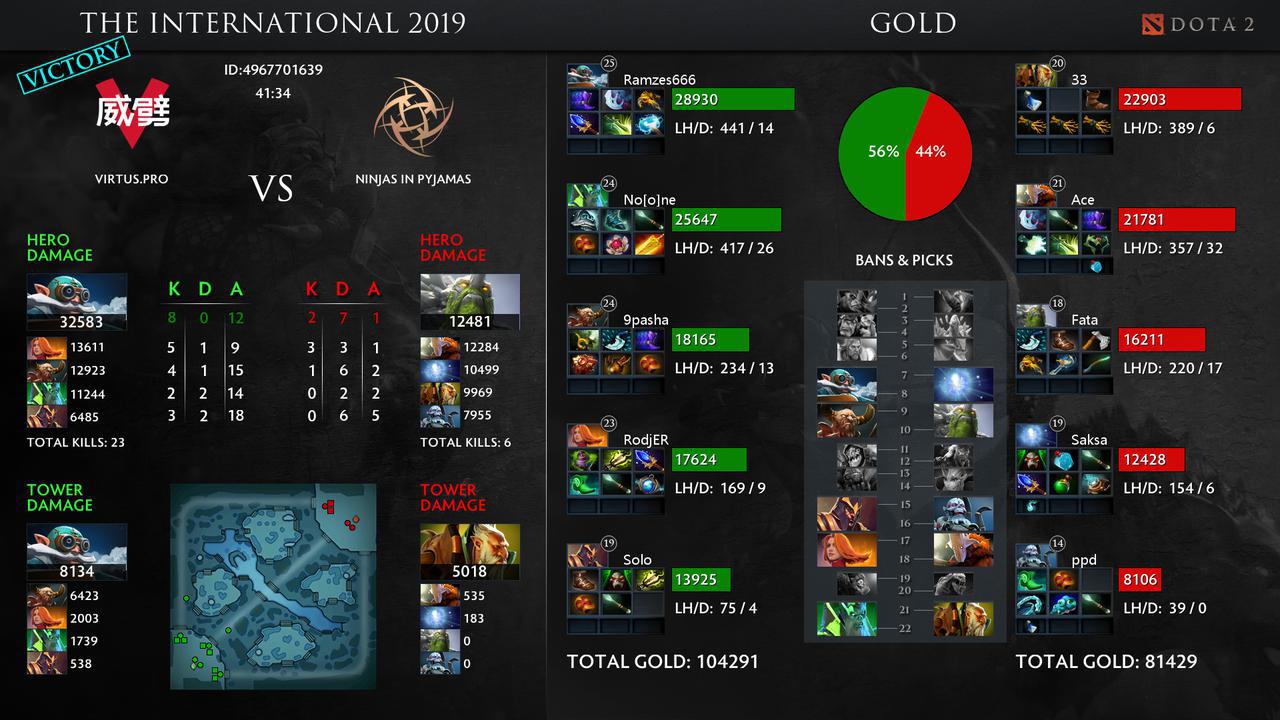 Ninjas in Pyjamas again showed a great start: Doom, Outworld Devourer and Wraith King immediately boosted gold. Virtus.pro had to wait for the necessary artefacts to give the opponent at least some resistance. With the advent of BKB at Kunkka, the Bears held several successful fights and turned the tide of the meeting. NiP were not ready for such a turn, lost the Roshan fight, and finally fell out of the fight. By the 43rd minute, the Bears earned their first victory in the series on this TI. 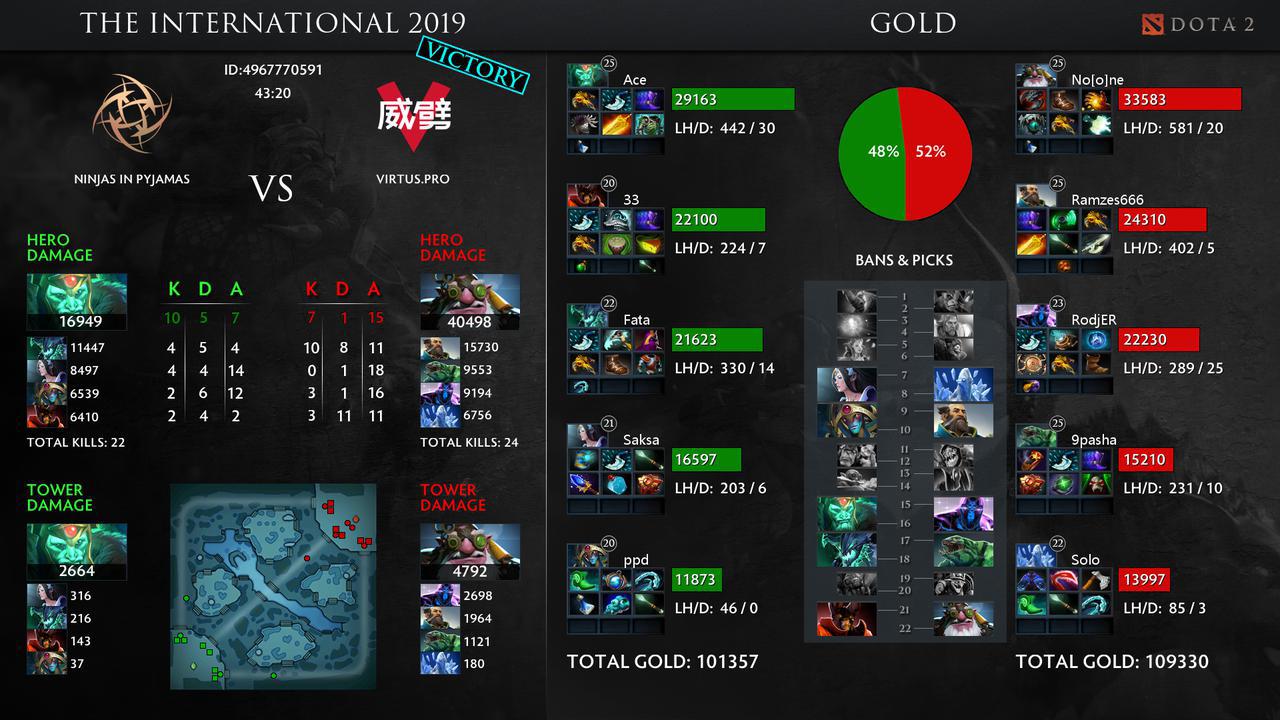