After The International 2019 qualifications ended for the CIS (NAVI), Southeast Asia (Mineski) and South America (Infamous a.k.a. Anvorgesa), the time has come for the remaining three regions to join the battle. Teams from China, Europe and North America will play the last three tickets to the main tournament of the year. Now let's talk about how Thursday went for 24 teams. 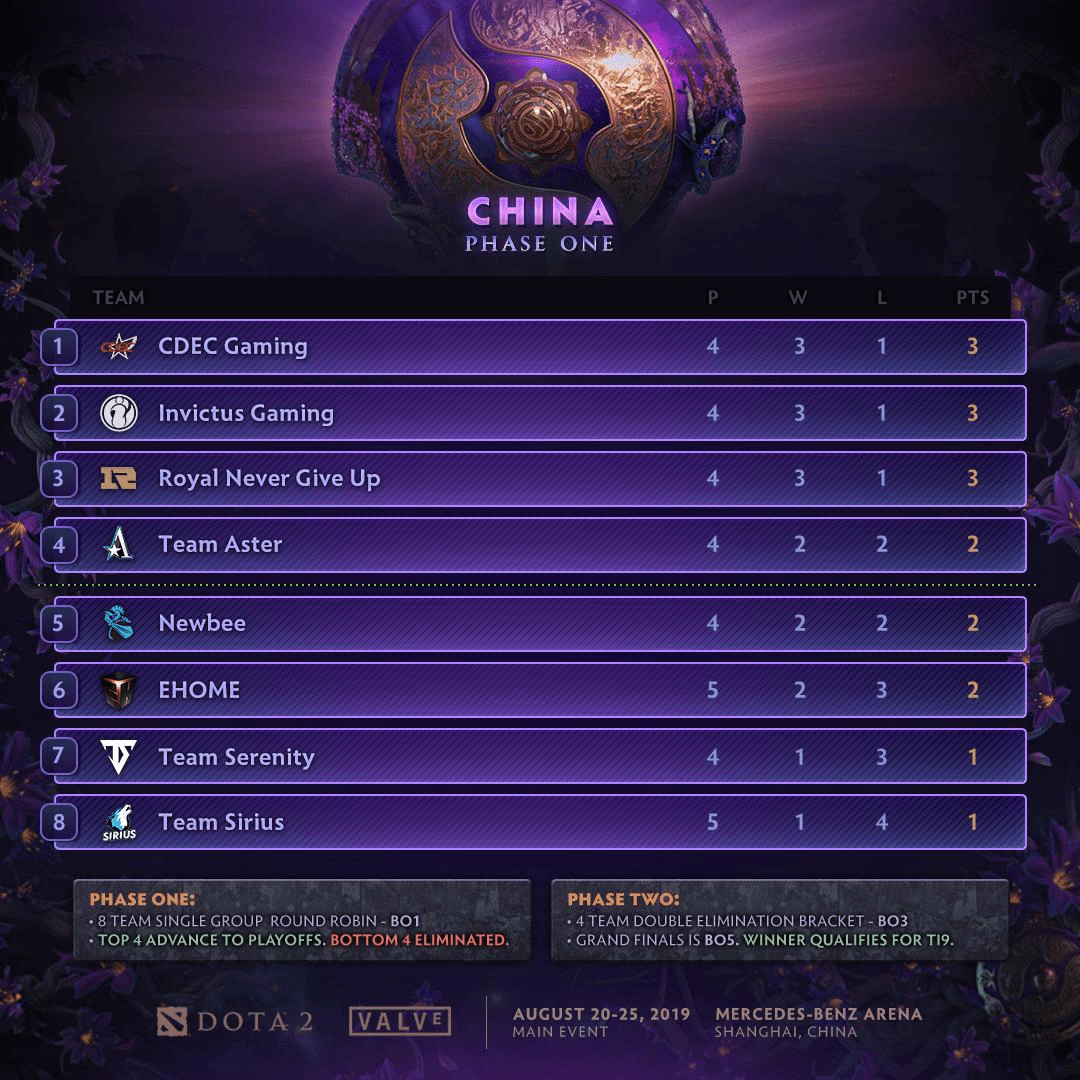 China is the region with the most intense contest. No team managed to avoid defeat, and no one was able to finish the first day with four wins. Royal Never Give Up confirm their status as favourites, winning three out of four matches. Alongside them, CDEC Gaming and Invictus Gaming among the group of leaders.

The Chinese scene is known for the fact that diversity in the level of play between different teams is not particularly great. Therefore, in the intermediate top-4, there are two teams from the open qualification. And you should take a look at EHOME's unsuccessful start: two wins in five games significantly complicate the team's task of reaching the playoffs. 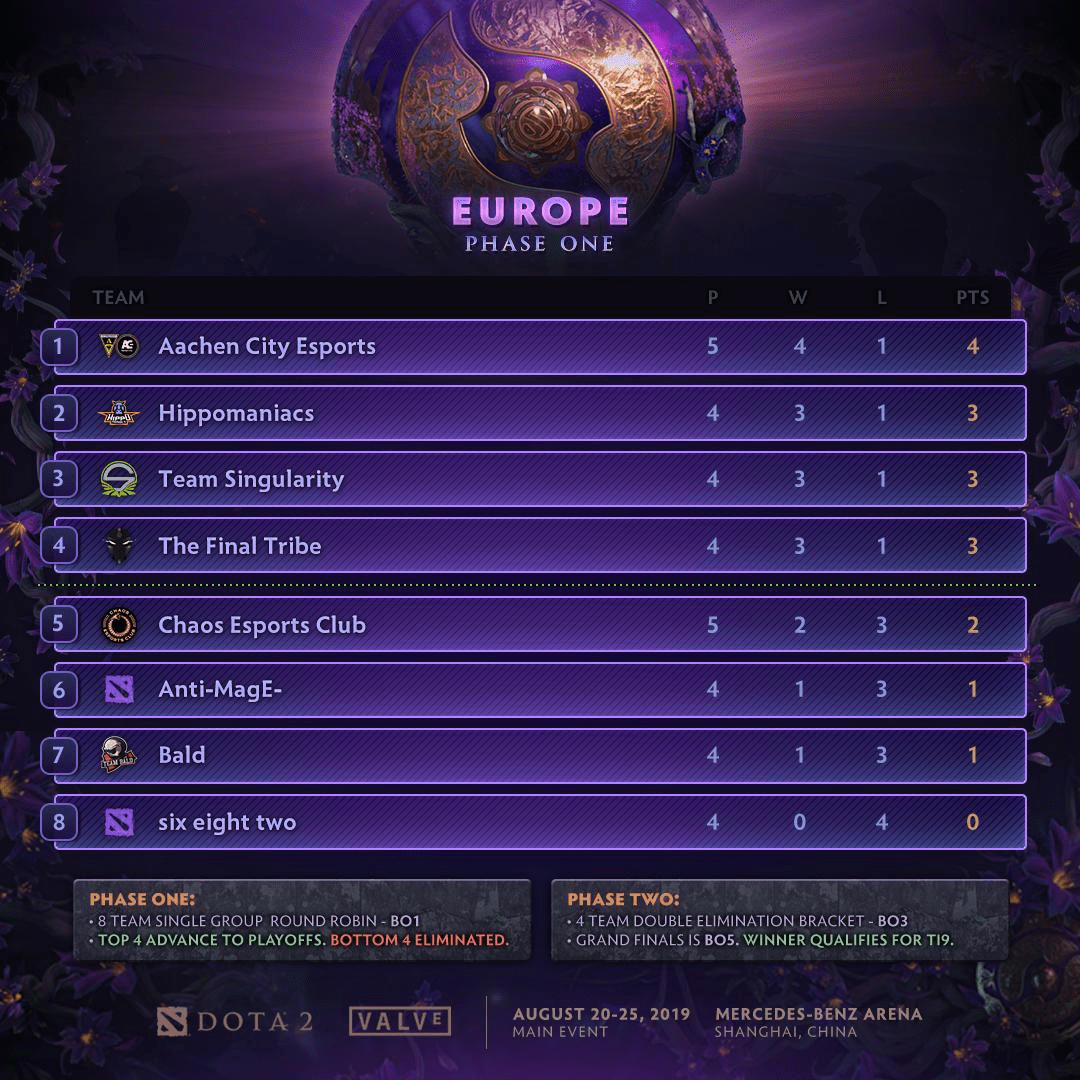 In Europe, things are not so tight when compared with China, but there were surprises though. Aachen City Esports (ex-Epic Name) has taken the first place: they have four victories and one defeat. Also, note that the second place is occupied by three well-established teams: Hippomaniacs, Team Singularity and The Final Tribe — all with the same 3-1 stats, and the mixes (including Chaos Esports Club due to recent replacements) are trying to catch up with them.

And there's an obvious outsider: Six Eight Two is a clear candidate to end the qualifiers with a score of 0-7.

In the North America region, the central sensation was the unfortunate start for Complexity Gaming. Kips and his comrades managed to win only one match out of four. But, to be fair, the team from Texas have lost three to the main favourites qualifying: Forward Gaming, beastcoast and J.Storm. The second day should be much easier for coL, and only one victory separates them from the top-4.

Forward Gaming guaranteed themselves participation in the playoffs: the team won all their five encounters, and the players are very close to repeating their EPICENTER Major qualifiers achievement, where they ended the group stage with a score of 7-0.

In fact, only five teams will fight for the last three spots. Old Suck Gaming and Team Xolotl suffered four defeats out of four, and their chances of getting into the playoffs are pretty scanty. But the main events will develop after the group stage.