The marathon of predictions must go on, and it shouldn't be surprising that the third day of The International 2019 has the same format as the two previous days.

The key players of the fantasy league are going to be players from Team Secret and Alliance. The only exception is represented by CCnC who's famous for his exceptionally high results among mid-players. Pieliedie is another great choice, and you might even consider Yawar to join the crew. 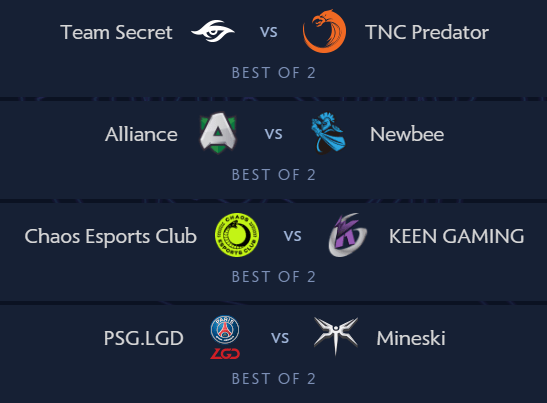 The second day proved to be fairly unsuccessful for several teams, and we now have some unexpected results. The first round of the upcoming third day will bring two kinds of matches. The first one favours the obvious favourites while the second one puts together fairly equal crews. Our predictions reflect that. 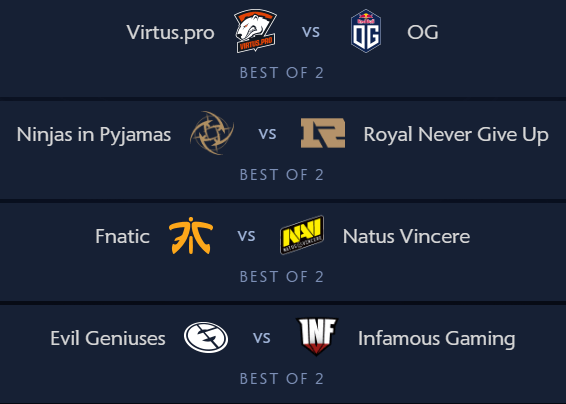 You simply cannot be prepared for OG. Their current picks are somewhere between art and insanity. On top of that, Virtus.pro had a rough day, which could affect their future plays. Evil Geniuses are looking quite good now after getting into shape, so it shouldn't be hard for them to defeat Infamous.

Fnatic, unfortunately, is not feeling great right now, and it even looks as if there was some sort of a conflict in the team. Natus Vincere will definitely take advantage of that. Finally, the outsiders of the group seem to be equal, so we expect a draw. 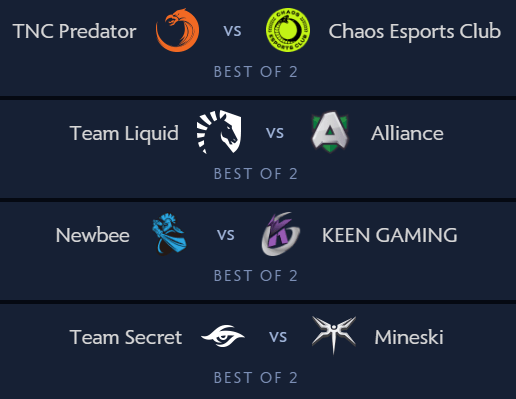 Team Liquid is very unstable right now. The crew doesn't give an impression of a well-played team, although we hope that the guys will at least make use of their proud. Alliance is playing fine, although not perfectly, so there might be a draw. The rest of the matches are fairly obvious in terms of results. 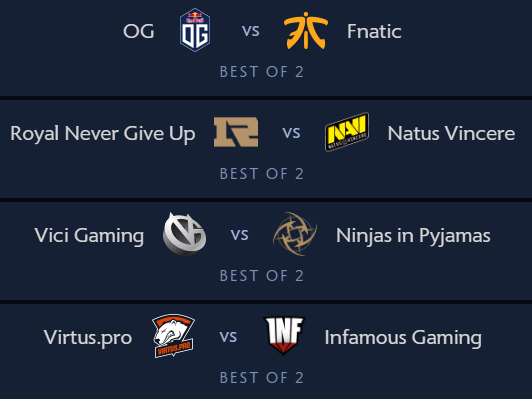 Virtus.pro has a chance to score a victory against Infamous at least since it's kinda problematic to defeat OG. Simply put, the team has a great opportunity. Overall, we expect a total of four confident victories because the favourites of the matches are indisputable. 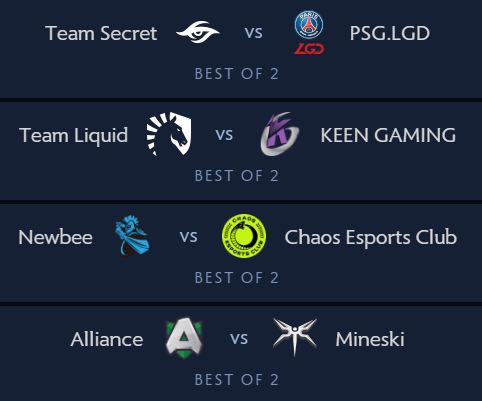 Mineski has had a rough day, and they might lack enough momentum to fight back after hard matches against PSG.LGD and Team Secret. The leaders of the group, however, will most likely have guaranteed slots in the upper bracket, in which case there's a possibility of an experimental friendly draw. Team Liquid and Newbee, on the other side, will have to compete hard to advance to the upper bracket. Each victory counts, so they simply cannot lose any points while playing against KG and Chaos EC respectively.