We can't miss the opportunity to take our chance with another round of predictions – so there you have it. The second day of The International 2019 traditionally consists of 20 matches in "Best of 2" format. 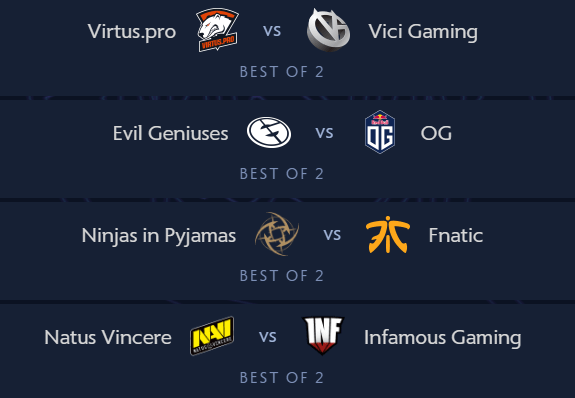 We are starting with an impressive standoff right away. Virtus.pro is going to compete with Vici Gaming for the potential first place in Group B. It is most likely that both teams will focus on testing each other before entering the playoffs, which makes us believe that there's going to be a draw.

Generally speaking, Group B matches shouldn't be surprising, although we expect Natus Vincere to show some great performance. We are even confident enough to consider the team a favourite in the upcoming match against Infamous. 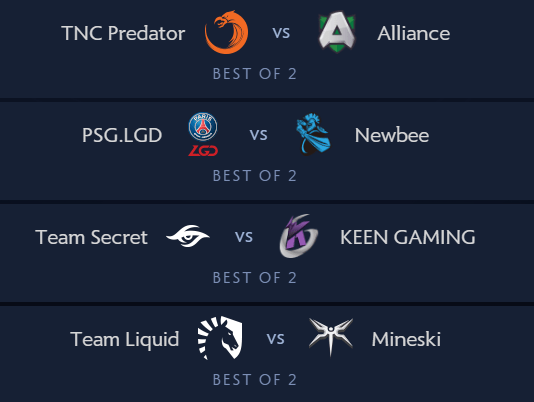 TNC Predator and Alliance have shown some impressive performance, although both teams lost three maps each. They will probably end up with a draw. The other three pairs have a sensible gap in skill level. The only exception is, perhaps, Mineski, as the team is currently occupying a higher place than Team Liquid. However, the Asian team lost a game to a crew from its own region on Thursday, so the higher rank doesn't necessarily indicate a higher skill. On top of that, Team Liquid is in a position where it desperately needs to focus on winning. 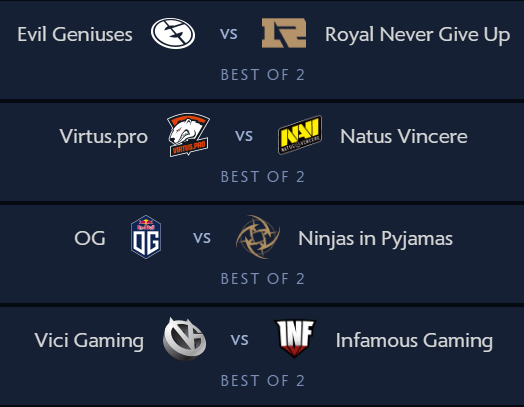 Evil Geniuses will make the effort to perform a comeback after the unsuccessful first day, but it's not going to be easy against RNG. The CIS standoff indisputably favours Virtus.pro. Vici Gaming is expected to leave no chances to Infamous. OG is in great shape right now, which should be enough to defeat NiP, although ppd might score a victory thanks to promising drafts. 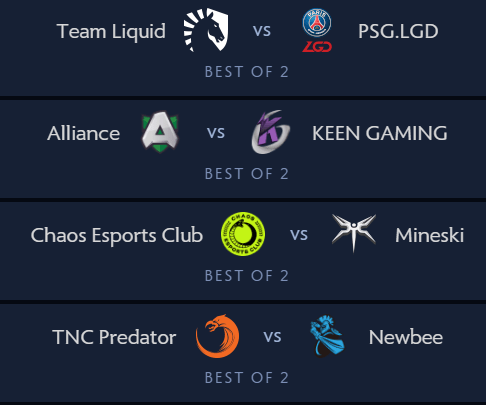 Team Liquid wasn't confident enough during the first day – unlike PSG.LGD, which has shown a strict discipline. The Chinese team should easily defeat the opponents if the situation stays the same. Alliance is capable of playing on a reasonably high level while Keen Gaming has a long way to reach the top.

Chaos EC and Mineski are the candidates for another draw, and pretty much the same goes for TNC Predator and Newbee. Both teams of the latter meet-up have their own strengths and weaknesses, so they are expected to score a map each. 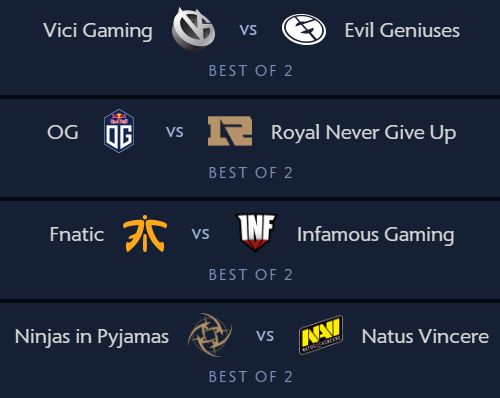 The final round of the day is going to be properly exciting and rather unpredictable. However, we believe that the victorious pace of Vici Gaming is going to remain strong. The current champions, OG, are also expected to keep the confidence. We also have a bold assumption that Fnatic has finally found the right attitude. Regarding NiP vs Na'Vi, the teams are fairly equal and the last draw of the day is likely to appear there.

The skeleton crew of the made-up fiver consists of three Vici Gaming players thanks to the fact that the team is currently the strongest. The most intriguing carry, who's the part of Na'Vi right now, is a great candidate to join the roster. Finally, the captain of Evil Geniuses would be a nice addition to score some points.