The Heroes in Dota 2 - An Introductory Guide for Tiny

The Heroes in Dota 2 - An Introductory Guide for Tiny ⚡⚡⚡ Esports and gaming news, analytics, reviews on WePlay! The latest news on WePlay!

There are over 120 heroes in Dota 2, and each of them has something unique to offer. Whether you're into melee carries or you prefer to play the support role, there will always be something that you can find.

Having said that, today, we will take a look at one hero that can play in pretty much every single position. Tiny is one of the most versatile heroes in the game that can be put in any lane and still succeed.

Let's take an in-depth look at the hero and see everything we need to know about him.

This hero is a strength melee support/carry that has the greatest base damage out of any hero in the game. At first, the hero looks like a minimal rock formation. However, once he skills up his ultimate, he becomes a lot bigger than most heroes in the game.

As we mentioned earlier, this is one of the most versatile heroes in Dota 2. Tiny is very popular among the casual games, but he definitely shines the most in the pro scene. In fact, nearly every single professional  Dota 2 team has some sort of a tactic that involves Tiny. This isn't much of a surprise because this hero has a stun, an ability that allows you to either save your team-mates or engage in fights, and he is also pretty tanky even without many items.

In other words, he has everything you can wish from a hero. With that said, here are his four abilities: 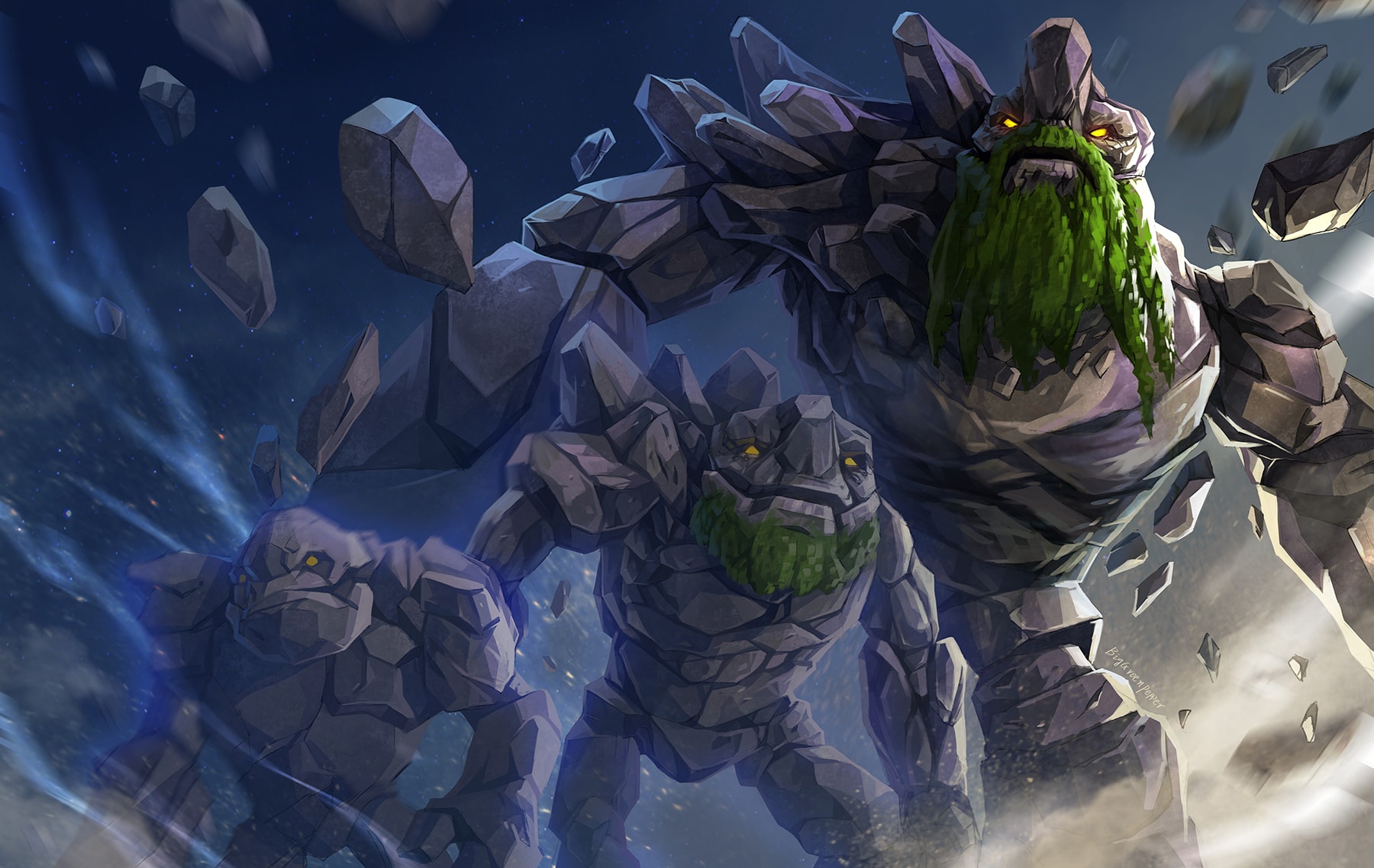 The item choice for Tiny depends heavily if he is played as a core or as a support. Needless to say, the items will be completely different, even though there are a couple of them that are suitable for both styles of play. Without further ado, here is a list of some of the most popular items for this hero:

When it comes down to counters, there are not that many heroes that can stand their ground against Tiny. However, here are a couple of them that are pretty strong against the rock giant: