The Heroes in Dota 2 - An Introductory Guide for Invoker

The Heroes in Dota 2 - An Introductoy Guide for Invoker ⚡⚡⚡ Esports and gaming news, analytics, reviews on WePlay! The latest news on WePlay!

Dota 2 is one of the most popular MOBA games in the world, and it is for a reason. The game has a huge fanbase that's continuously growing, despite being out for nearly ten years now. What's more, Dota 2 also has one of the most significant esports scenes, including the tournament with the biggest prize pool out of any game - The International.

One of the reasons why so many people enjoy playing this game is the hero pool. There are over 120 different heroes in Dota 2 right now, and every single one of them has something unique to offer. Whether it will be a spell caster or a melee, the choice in entire yours.

Having said that, today, we will mostly focus on one particular hero - Invoker. Let's dive in and see what can we learn about him.

Invoker, often referred by his DotA name Carl, is one of the most popular heroes in the game. He is an intelligence spell caster that is mainly played as a mid laner, even though he used to be a popular offlaner and also support. He has an average attack rate and stats from the start, but he makes up for it in terms of range.

Invoker is one of the most (if not THE most) difficult hero to play with. Actually, he is the only hero that has over 14 abilities at his disposal.

The thing that makes this hero unique is how he actually "creates" his spells. Every single one of them is Invoked through a combination of is three orbs - Quas, Wex, and Exort. Depending on the combination, he can use different spells, ranging from Invisibility to a global nuke called Sunstrike.

While leveling up, Carl will only upgrade his orbs and through them, his spells. This means that he can't just upgrade one spell but rather upgrades all spells that are using the current orb. For example, if you put skill points into Exort, every single spell that is related to this orb will do more damage.

Apart from a tool to invoker his spells with, these orbs also provide different bonuses. Quas is the "defensive" one that increases his HP and health regen, whereas the other two are mainly focused on the offensive part. Wex provides Attack Speed as well as Move Speed, whereas Exort only provides Intelligence and damage. 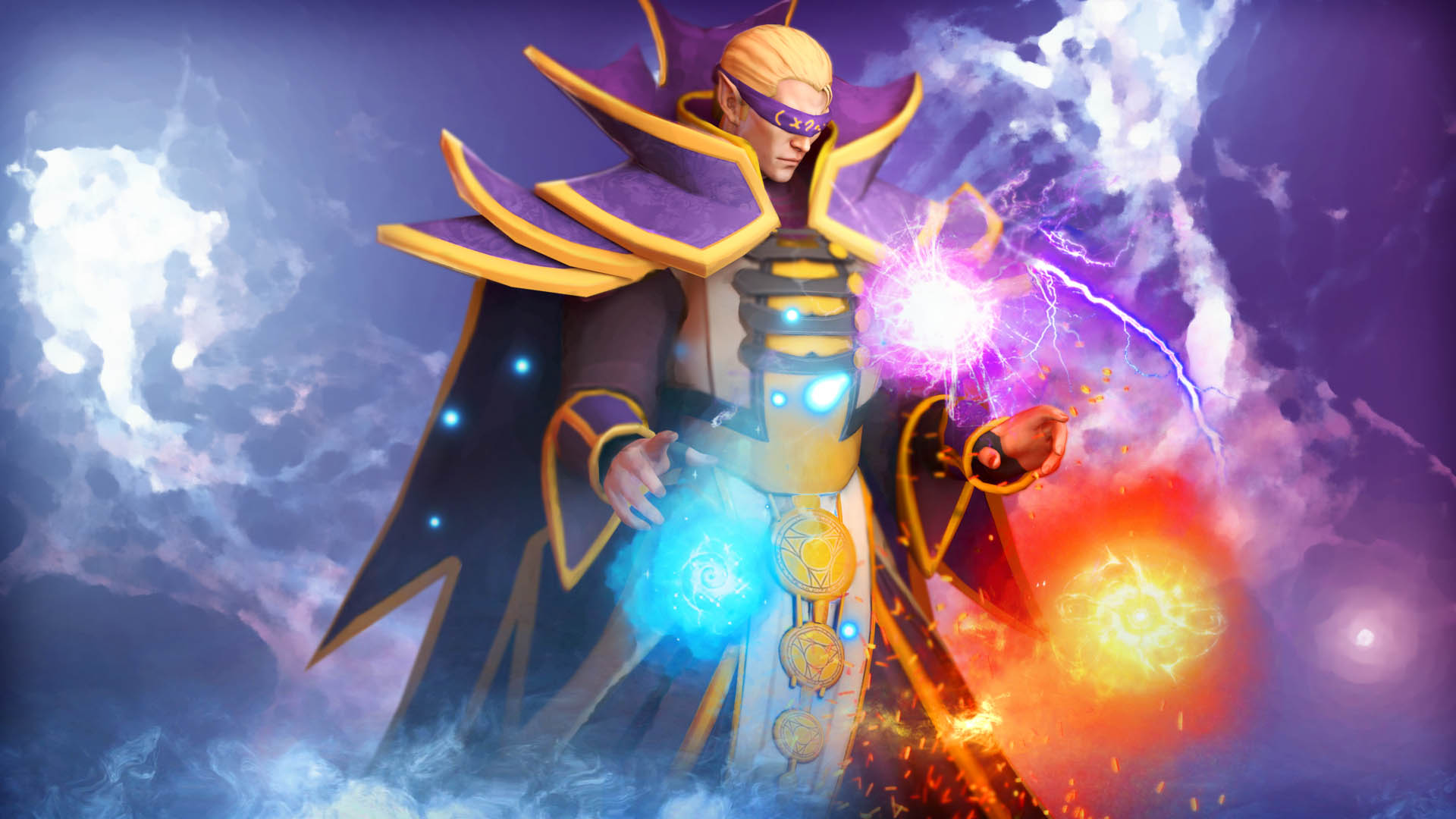 Invoker is a very versatile hero, which means he can play in pretty much any position. Having said that, he definitely shines the most when he is put in the mid lane. With his incredible range and damage output, he is always a huge pain to deal with. However, he also has a couple of weaknesses. For instance, he is very slow, which makes him easily gankable. Even though he can always use Ghost Walk (his invis), a simple Dust of appearance will mean the end of him.

Apart from mid, Carl can be a very decent offlaner, depending on the matchup. However, in order to have any chance of surviving, he needs to max out his Ques and Wex. After all, these are the orbs that allow him to use his utility spells such as Tornado, Cold Snap, Ghost Walk, and more.

Alternatively, Invoker can also be played as a support. This became very popular in patch 7.22, but it seems like those days are long gone. One of the main issues of a support Invoker is that he needs a lot of levels to be effective. As we know, the support heroes usually tend to be under-leveled a lot.

The item choices you make in every single game should be based on what heroes are you playing against. However, Invoker is one of the few heroes who has some MUST items that are invaluable.

The first one is Aghanim Scepter. Without it, Carl is just a mere shadow of himself because he isn't able to do much in team fights. In fact, this item is so essential that many players decide to rush it, without even buying boots. This is not advisable because Invoker is not the fastest hero in the world, especially when he plays on Exort.

Apart from the Scepter, here are some trendy items:

Simple to use combos

As we mentioned numerous times, Invoker is one of the hardest heroes to play in Dota 2. However, once you learn how to play with him, you can do some pretty remarkable things. In fact, some of the most beautiful combinations of spells in the game can be done with Carl.

This is one of the most classic spells combinations that you can do with Invoker. The easy thing here is that you can pre-add your spells, so you don't have to change anything while fighting. As soon as you see an enemy, use Tornado because it's a swift spell that has a lot of range. Once the target is in the air, count to 2 (this depends heavily on what level you are, but in most cases, 2 seconds should be enough), and then use your Chaos Meteor. If you land this combination successfully, you will do a very decent amount of damage.

The second combination of spells is Chaos Meteor and Deafening Blat. Unlike the first one, this is a little bit easier because you don't need to wait for anything. When you see someone that you want to kill, use your Meteor first and immediately press your Deafening Blast. The blast will push your enemies while the Meteor is slowly crushing him, resulting in tons of damage.