The Heroes in Dota 2 - An Introductory Guide for Crystal Maiden

The Heroes in Dota 2 - An Introductory Guide for Crystal Maiden ⚡⚡⚡ Esports and gaming news, analytics, reviews on WePlay! The latest news on WePlay!

Dota 2 has many for you to choose from, and each of them has something cool that you will definitely like. Regardless if you want to be in the action or you want to be the player that helps his team, Dota 2 will have something for you. We'd suggest you visit the AniMajor live streams to watch the gameplay by the most skilled players in the world.

With that said, today, we will take a look at one of the most iconic support heroes of all time - Crystal Maiden. Regardless if you like this hero or not, there is no denying that she is an incredibly powerful support hero that's capable of changing the course of a team-fight.

Let's see everything that we need to know about this hero.

Crystal Maiden, also known as Rylai, is a range, intelligence Dota 2 hero that is always played as a support. The question is whether she will be a position five or position four. Even though she has the potential to farm with her second spell, most people prefer to play this hero as a position five.

Crystal Maiden is an excellent lane companion that can help offensively and defensively. Although she is the slowest hero in the game, her skills allow her actually to kite her enemies. Nevertheless, once the enemy cores get on top of this hero, she will probably die because she is very susceptible to damage.

With that said, let's take a look at the spells of this awesome hero: 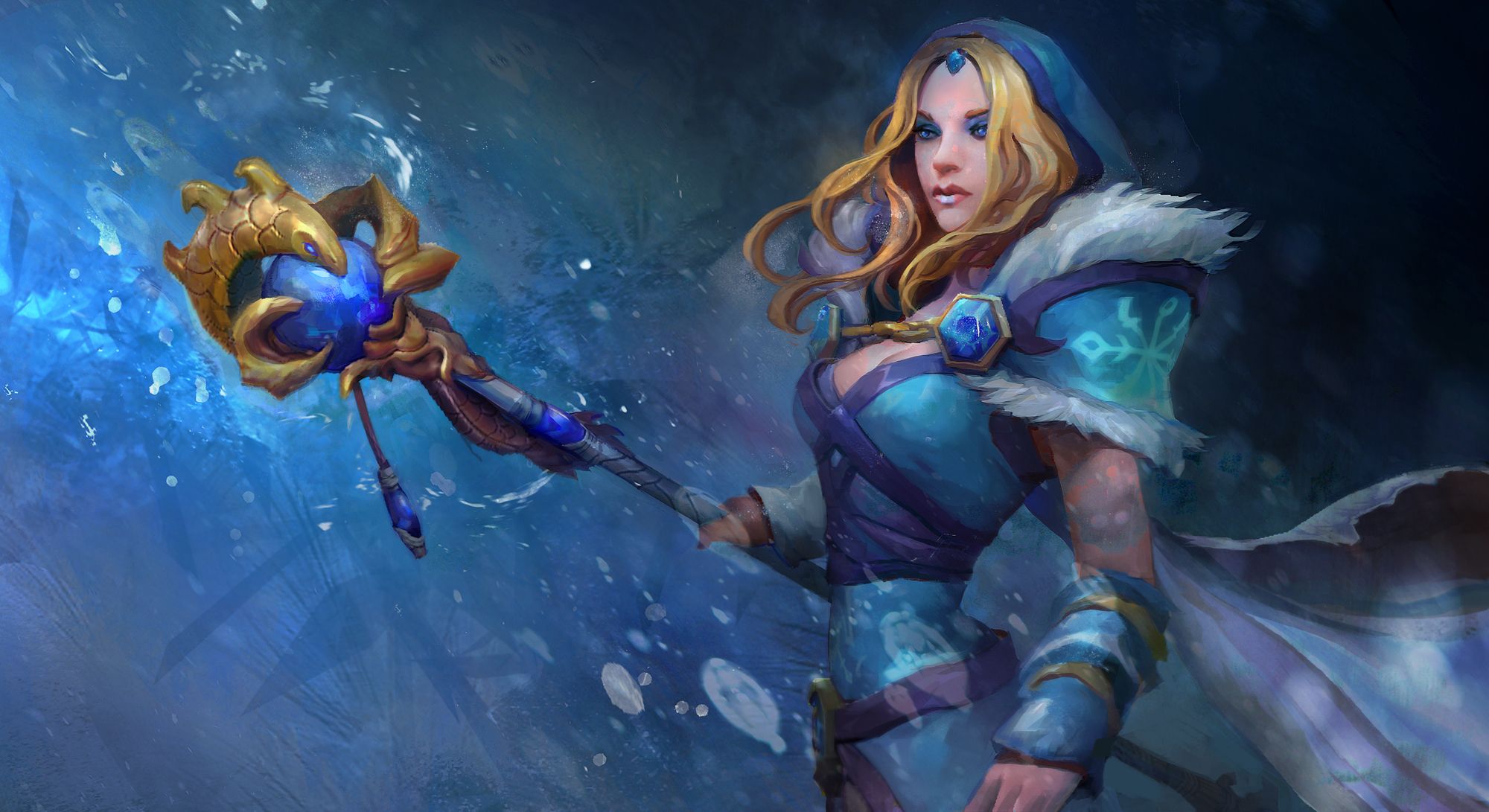 As we mentioned earlier, Crystal Maiden is one of the squishiest heroes in Dota 2. As such, every single hard-hitting carry and mid laner is a potential threat to her. Here are some of the deadliest heroes she can encounter:

As for items, pretty much any supported item can be used by this hero. However, there are definitely a couple of things that are an absolute must for every Crystal Maiden:

Rylai is a fun and easy hero to pick up, which is why many new players love her. However, don't be fooled by that because CM is one of the strongest supports even in the high-MMR bracket.