With new fighters coming in every other day, does the term 'fighting game god' still hold any relevancy in today's FGC?

One of the most fascinating pieces of lore I have ever experienced as a member of the FGC is the five Japanese fighting game gods. These are five of the most dominant figures in fighting games ever to represent the East Asian country. They have endured for so many years now and are considered legends of the arena. However, I guess we need to ask whether they are still relevant to the community they once dominated.

Also, it seems fair to consider whether the pantheon should be expanded. Just like the Greek pantheon has Zeus, Poseidon, and Hades as the elder gods and the like of Apollo, Persephone, Ares, and so on as something of the new school (Neil Gaiman’s American gods delves into the concept of old school vs. new school). Perhaps, the Japanese FGC could do with some sprucing up.

Who are the five Japanese fighting game gods?

In no particular order, the five Japanese fighting game gods are Daigo Umehara, Hajime ‘Tokido’ Taniguchi, Naoto Sako, Tatsuya Haitani, and Shinya ‘Nuki’ Onuki. They defined an era of fighting games and are more commonly associated with Street Fighter. Nowadays, they are considered legends in the FGC and are all still competing on some level.

Perhaps the most popular of the bunch, Daigo is arguably one of the most talented Street Fighter players ever to exist. Not only has he had mind-boggling longevity, but he also has the swathe of titles to prove it. Winner of the 2009 and 2010 EVO tournaments, Daigo is hugely respected as a consummate professional who is an absolute joy to watch. Impressively, Daigo is still pretty active today and is still winning major tournaments. For example, he was the winner of the first CPT tournament for East Asia, which qualifies him for the Capcom Cup, coming up in February 2021.

Hajime Taniguchi, otherwise known as ‘Tokido’ or ‘Murder face Tokido,’ is another Japanese legend who is well known for his unshakable focus when competing. Not only that, Tokido is highly regarded as a versatile player who has no problem dabbling in other games besides Street Fighter. Tokido is still pretty active and is easily one of the best Street Fighter players active today. He has the honor of being one of the only players that Victor ‘Punk’ Woodley clearly respects. Unfortunately, he will not be in the Capcom Cup next month after losing out in both CPT tournaments. That said, he has been incredibly consistent in the tournament circuit, winning the Topanga Championship early on in 2020, and placing highly in most of the tournaments he enters.

Sako is an extraordinary player who also happens to be the oldest of the bunch. Sako has been on the fighting scene for decades and is highly respected for his precise execution of combos. Sako is the kind of player who pulls off insane moves that are almost impossible to replicate, and he does it with pretty complex characters. He has recently taken a shine to Menat from Street Fighter V, and his skill with the player is admirable. While not as consistent as some of the others on this list, he more or less deserves his place in the pantheon of Japanese gods.

Tatsuya Haitani is the youngest of the gods, but he is by no means less deserving of a spot. In addition, Haitani is pretty low-key and doesn’t reveal much to the public. That said, he is an amazing player who really rose to fame as a Makoto player in Street Fighter III: Third Strike. Most recently, he was involved in the Japanese Street Fighter League as part of the Momochi Splash team.

Shinya Onuki was one of the most consistent performers in Street Fighter before fading into relative obscurity in 2017. Before then, he was the undisputed champion of the EVO tournaments, winning the grand prize on three occasions (2005, 2007, and 2008). Recently, he came back on the scene briefly to partake in an exhibition match with Daigo Umehara. It is unknown if he’ll come out of retirement to play competitively again, but when he was at his pomp, there was almost no stopping Nuki.

Should the pantheon be expanded?

Different people feel differently about this question. On the one hand, some people are of the opinion that there should be more players added into this venerated position, while others think that the position of the five Japanese fighting game gods should be left where it is —  the past. We will probably delve into the relevance of the term in a scene that has come up in leaps and bounds. But, for the purpose of argument, I decided to consider a shortlist of players that could possibly be in the pantheon based on their achievements, standing in the scene, and prowess in fighting games.

Ryota "Kazunoko" Inoue is the oldest person on this alternative list at 32. But, he is also the most authentic embodiment of the term ‘fighting game god’ that I can think of when you consider what the designation means. Kazunoko has been prominent on the fighting game scene since 2008 and is a master of so many games that it is hard to keep up. Not only is he a proficient gamer, but he is considered a high-level player in basically every fighting game he competes in. He has won major titles in Street Fighter V, Dragon Ball FighterZ, Guilty Gear Xrd, and Street Fighter IV. His most famous victory is probably in SFIV, where he won the 2015 edition of the Capcom Cup against Daigo, no less. His prowess across various games and impressive consistency makes him a strong contender for the title of ‘fighting game god.’

Atsushi "Fujimura" Fujimura doesn’t have the versatility of Kazunoko but has, in a short time, really stamped his authority on the Japanese FGC. While most of his career has been in Street Fighter V, he has shown an ability to adapt and change with the times when needed. Between 2017 and 2019, Fujimura won tournaments left, right, and center using Ibuki and Nash to great effect. Most recently, he has picked up Chun-Li and Akuma, but his methodical style of play has remained the same. If he continues on this trajectory, there is no reason why he shouldn’t be considered as one of the best fighting game players of his generation.

Gachikun has probably played the least amount of tournaments, but most importantly, he was the 2018 Capcom Cup champion, which is no easy feat. He has followed that up with victory in the second CPT East Asia leg, where he defeated the likes of Fuudo, Tokido, and Momochi to make it to another Capcom Cup. It would probably be a stretch to call Gachikun a god, but he is certainly a talented player who has shown that he can mix it up with the very best in the game.

The reality of the situation is that the term ‘fighting game god’ is really controversial as people have rightly questioned the credentials of the people who hold the title in relation to many other players who are also incredible. If Sako is considered a god, what do we call the likes of Punk or iDom? These are also high-level players who have won several competitions and are insanely talented gamers. Understandably, the term seems to have been limited to the Japanese scene, and as a culture that really enjoys nicknames and monikers, you can see why they would decide to dub some of the greatest players of the era.

For Saint Cola — commentator extraordinaire, and most recently the winner of the prestigious commentator of the year award bestowed by the Ultrachen podcast — the title of Japanese fighting game god has its place and should still exist, but is extremely limiting as it fails to recognize the achievements of some of the players in the scene today. In his words, “The pantheon can still exist as it is, but new players are coming into their own just fine and making a name. We've seen Shuuto, Ryusei, etc., make waves without being considered part of the gods and be able to take them on (in tournaments and so on)! There should be something for new players, though, since there are so many amazing ones.”

Ultra David has a very interesting take on the matter as he believes that the title of the five Japanese fighting game gods reflects how the FGC used to think back in the day.

“I can only speak for how we in the US felt about them,” he started “While many of us were confident in our scene's abilities, at least in certain games, there was always a big contingent of us that looked to Japan as the superior scene.

“I think that was clearly true in some games but was much more debatable in others and outright wrong in yet others. Nevertheless, the popularity of the term shows that many of us felt that the players at the top of their scene seemed unbeatable, that they were unapproachable for the rest of us.

“Others in our scene, especially including our top players, felt that calling anyone a god was a disservice to the spirit of competition, kind of like giving up in advance. So again, even here, there wasn't really a consensus about the gods.”

This is quite true as there have been many members of the FGC who were opposed to the title as it sent a message that these so-called gods were untouchable, which has proven false over the years.

Therefore, Ultra David believes that this also means that the title should be retired as it is no longer a true reflection of the state of affairs in the FGC. “There's no reason to expand the pantheon of the five Japanese fighting game gods. That title was always contentious and meant different things to different people, and nowadays there are so many strong players in so many different games that there are no real standouts who seem so far above everyone else that they deserve such a title,” he said.

Personally, I would agree with this sentiment, but I must also point out the importance of the title to me. As a fan of fighting games in my little corner of the universe, I never quite imagined that there were people playing fighting games competitively, and when I found out about it, I was awed by the very idea.

What the five Japanese gods of fighting games did for me is that they provided a gateway into the FGC. By watching the likes of Daigo strut their stuff, I really fell in love with the scene and was encouraged to look for more players who, in turn, caused me to appreciate the scene more.

The five Japanese fighting game gods can be considered something of a relic of the FGC and should be left in the past. However, it is also important to remember their legacy in the FGC, the path they paved for a thriving scene, and the excitement they inspired in players and fans the world over. The fact that some of these exceptional players are still winning titles left, right, and center is an incredible feat that only gives credence to their legendary status. But, rather than gods, I guess it’s okay to appreciate them as supremely talented players in a pool of several equally gifted players.

The FGC is strong enough and doesn’t need gods anymore. 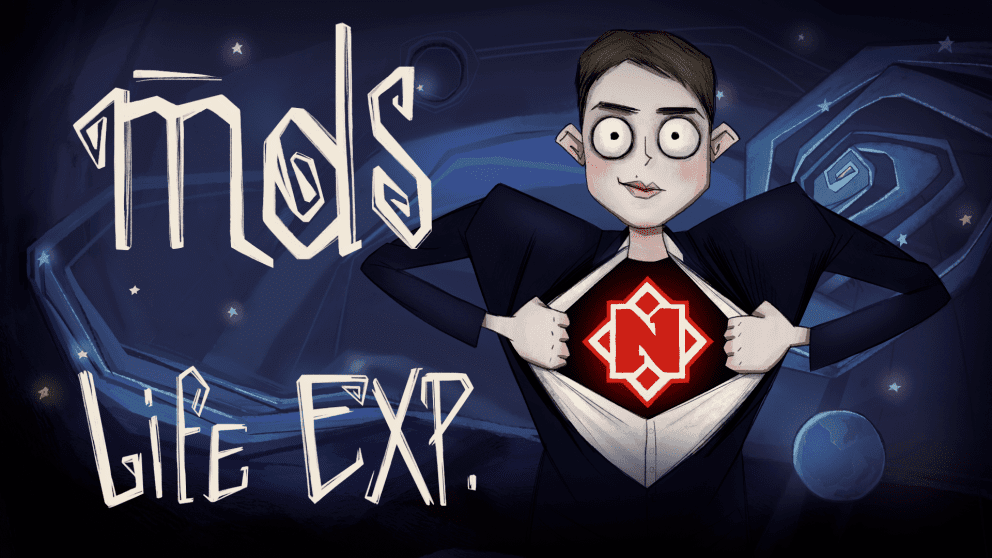 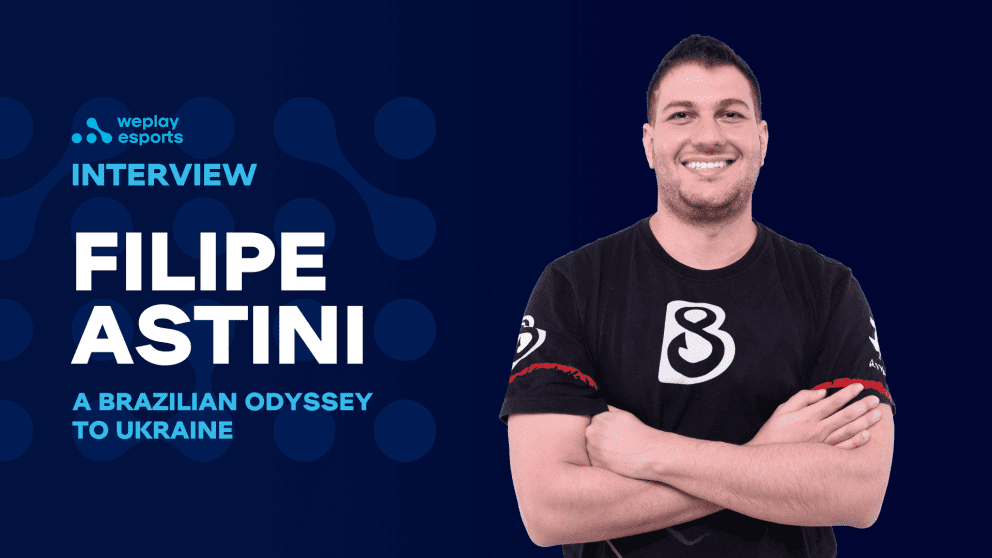 Filipe Astini: How the new DPC is "terrible" for newcomers

The Evolution of NA Dota