The Evolution of Soulcalibur Into An Esports Mainstay

The 90s were a fruitful time to produce fighting games. With the innovation of new technologies into gaming, fighting game titles sought to push the boundaries with new and improved mechanics. Street Fighter III will always have a place in the heart of gamers along with other pioneer titles, including Virtua Fighter, which many perceive to be the first 3D fighter ever made. Also of note were games like Tekken, Rival Schools, and a little-known title called Soul Edge.

What set Soul Edge apart from many of the games of that time was the stunning introductory sequence and cut scenes and the use of weapons instead of the usual hand-to-hand style employed by many games at the time. Created by Team Soul under the umbrella of Namco, the game was first released to arcades in 1995 before getting ported to consoles at a later time. The game boasted an intriguing storyline, set in the 16th century, and gamers were drawn in by the attention to detail and colorful cast of characters. Nowadays, very few people remember Soul Edge (or Soul Blade outside Japan) but it was to pave the way for a more familiar title that has grown into an esports mainstay: Soulcalibur. First released in the arcades before being ported to the Sega Dreamcast in 1999, Soulcalibur went on to become the second best-selling game on the ill-fated Dreamcast. It borrowed from many of the mechanics that made its predecessor work but added a couple of new elements, including the 8-way run, which made it a truly modern fighting game.

Soulcalibur has so far had about seven mainline iterations and is today one of the biggest fighting game titles in existence. Not only that, but it has become a more common face on the esports scene while producing some of the most memorable competitors and moments. In this piece, I’d like to delve into the history of Soulcalibur within the esports sphere and hopefully come to some understanding as to what’s next for the massive title.

Soulcalibur over the years

As mentioned earlier, before Soulcalibur, there was Soul Edge, and it was insanely popular at the arcades, largely due to its impressive graphics and gameplay. But, Soulcalibur improved on what Soul Edge had introduced with new mechanics, new characters, and a name change, a reference to the holy sword forged to vanquish the aforementioned Soul Edge.

Soulcalibur II kicked off the 2000s for the franchise. As with most fighting games of the time, Soulcalibur II sought to massively improve on the last game and it did this in style. The fighting system, gameplay, and character roster were enhanced. More importantly, the graphics were sublime for the time, and the unique weapons system made it stand out from the rest. In single-player, a weapon master mode where you defeated enemies to unlock new weapons, and so much more.

Possibly the biggest thing Soulcalibur II introduced was the crossover of popular characters from other media. For instance, Soulcalibur II featured Spawn in the Xbox release, Heihachi Mishima from Tekken in the Playstation version, and to the surprise of many, Link from the Legend of Zelda series in the Gamecube port. This was an incredible gimmick, and it did increase sales as players flocked to buy the game to have a chance to use Link in a fighting game.

Soulcalibur III soon hit shelves in 2005 with a new graphics engine. In addition, it featured a mode called ‘Tale of Souls’ where players could make decisions that affected the outcome of the game. It also introduced a character creation system. The problem, however, was that the game was marketed as a Playstation 2 exclusive, which meant that Namco effectively lost all their fans from the Gamecube and Xbox.

Soulcalibur IV followed and while the graphics and general aesthetics were better, the game was mostly only memorable due to the addition of Star Wars characters. This was remarkable, but not without its problems. Not only did it seem like people were playing the game more for the guest characters than the resident ones, but some of the guest characters had broken properties. For instance, Yoda couldn’t be grabbed because of his height.

After six years of waiting (Soulcalibur V was released in 2012), Soulcalibur VI arrived in 2018, 20 years after its first release. It acted as a soft reboot to the franchise and sought to reignite the game’s fading embers. Making use of Unreal Engine 4 and adding another crossover character in Geralt from the Witcher series, Soulcalibur VI has more or less achieved everything it set out to do.

It isn’t known what will come next or if there would be anything at all, but what we do know is that Soulcalibur is a growing force in esports and should be given some respect for this feat.

Esports has been around since the 1970s, but for the FGC in particular, it didn’t pick up till the mid-late 90s. Then, grassroots tournaments were held everywhere, with the most popular being the Battle by the Bay. This would evolve into the EVO championship series in 2002 and it is commonly believed to be the biggest FGC tournament in the world. Soulcalibur’s history in esports is fascinating, considering how patchy it is. Soul Edge and the first Soulcalibur game were mostly restricted to the arcades and home consoles, and the franchise wouldn’t get its first competitive debut till 2003, one year after the release of Soulcalibur II. This title was a legendary one in the fighting game circuit and birthed the famed French-American rivalry that has existed since then in the Soulcalibur scene. The 2002 EVO title for Soulcalibur II was taken by Daniel ‘Dan the Nightmare’ Vu while the rest of the top 8 was dominated by Americans. Soulcalibur II would return in 2004, and while EVO 2004 will always be remembered for the ‘Daigo parry,’ it was also the venue of another infamous moment. Unfortunately, it wasn’t a pleasant incident, and it involved Soulcalibur II. The grand finals was played between Robert ‘RTD’ Combs and Marquette ‘Mick’ Yarbrough, but it soon became evident that the two players weren’t playing seriously, which convinced many that the spirit of competitiveness at EVO was marred. It also caused the implementation of the ‘Collusion’ rule at EVO, which stipulates that if two combatants are deemed not to take the game seriously, they will forfeit their prize money and title.

Then Soulcalibur VI was released.

Created as a soft reboot to the new series and establishing a new timeline, Soulcalibur VI brought with it some great graphics and a couple of new mechanics, including Reversal Edge, Soul Attack, and Resist Impact. The game breathed new life into the series, and fans started paying attention again. This meant that it had once again become a viable esports title. Since its release in 2018, Soulcalibur VI has enjoyed stability within the esports scene as it was featured at EVO 2019 and would have been part of the lineup for 2020 but for the pandemic that scuppered the tournament altogether. It is expected that Soulcalibur VI will feature at EVO 2021, which will represent the first time the game has been included in the lineup for three EVOs straight (I’m counting 2020, deal with it).

Besides, Soulcalibur VI has enjoyed extended playtime in various other Tier 1 tournaments, including EVO Japan, the World Showdown of Esports, The Soulcalibur invitational, and so on.

2021 is already shaping up to be an exciting year for Soulcalibur as it has been regularly featured in the Playstation open series and will also be making an appearance in the WePlay Ultimate Fighting League. There were serious doubts as to whether Soulcalibur could still retain its relevance in a competitive FGC scene littered with titles, many of which aren’t doing as well as they would have liked. Soulcalibur is alive, and we are glad to be welcomed back to the stage of history. 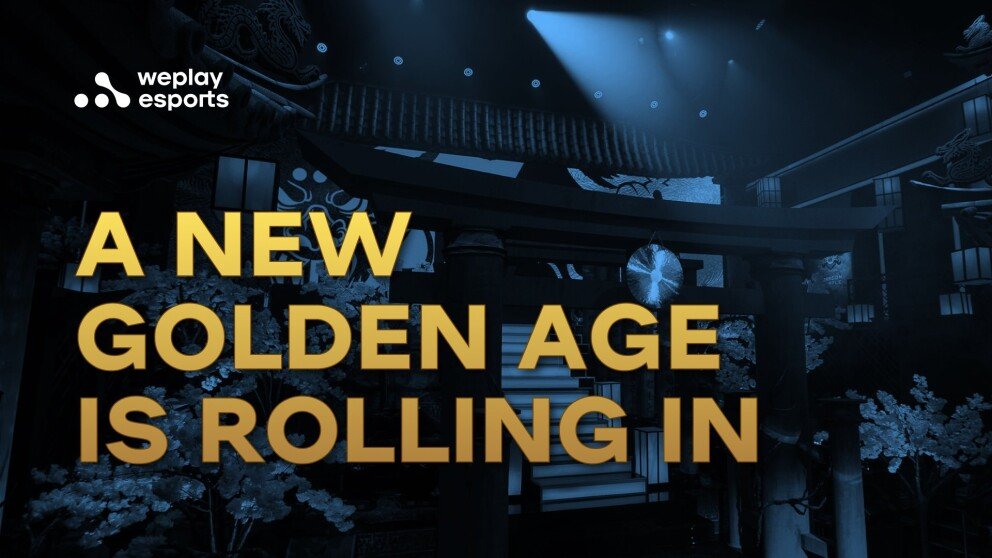 A New Golden Age Is Rolling In 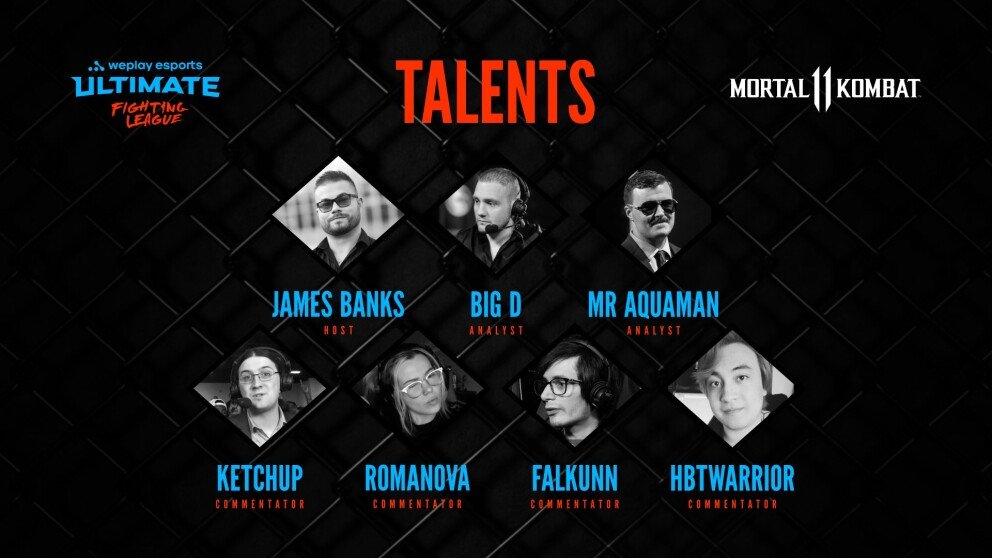