Author's opinion may not coincide with the opinion of editorial staff.

This review will be a dialogue between you and me. I'll tell you a story about the game that has made me feel strange and now has mixed reviews on Steam.

The story began after the "Until Dawn" game walkthrough. The developers from Supermassive Games did a great job and created an excellent game — it has almost everything a horror-lover may desire: action, mystery, complicated relationships, blood, deaths. Well, not without some silly decisions — just like in ordinary horror movies. But the result was obvious: "I want more, give me more". And the developers pleased the fans with "The Dark Pictures Anthology" supported by Bandai Namco Entertainment. I didn't mention the full title of the game here because this project is a series of short games to be released.

First, let's take a look at the trailer:

Promising, isn't it? Yes, I thought so. You may notice that my tone of voice isn't happy and you may conclude about my attitude to the game. But take your time, I'll tell you in details.

We saw a catchy trailer, ensuring us of lots of horror adventures and fateful decisions. Having in mind the previous saturated and scary game, we were waiting for not the same game but at least one on the same level. I expected all the action, challenging situations and creepy atmosphere "Until Dawn" had.

Now we move to what we've got. No spoilers, don't be afraid. And by the way, every player has a chance to have his/her own ending, that's what we all love: being the ones to decide fates.

Some boring (or not) numbers

The game was released on August 30, 2019, on every popular gaming platform - PlayStation Pro, PlayStation 4 (I played on it, so I will tell about some features there), Xbox One X and PC.

According to VG Tech (the link has plot spoilers) channel, the developers implemented movie resolution for each platform:

And FPS (the link has plot spoilers) also differs (minimum/average/maximum/):

You can play alone (but the developers advised us in the trailer not to do it) or with your friends (up to five players). You don't need five controllers, every person can play in turn. The game will notify you about it.

"Man of Medan" was created like some sort of company amusement, but in my opinion, it's not the best choice. Nevertheless, you may be afraid or scream or laugh together during the walkthrough. If you like this kind of entertainment,  you'll love the game.

The whole walkthrough may take from 2.5 to 4-5 hours (depends on your curiosity and speed).

My first impressions were positive: the beginning of the game has the necessary action and mystery. Then the game introduced me the main characters and it was the first moment when I said: "What the". The trailer told us that there's going to be a story of five FRIENDS — and that is the first lie. No spoilers, I know, but this has affected the plot: one of the main characters is the almost stranger to others. You'll see it when (or if) you play it.

Then I realised how slow the game is. I was wandering around here and there, reading some unnecessary (for me personally) notes and all I've got was screamers. A lot of them, actually. So, this game is definitely made for those who like sudden screams, scary hallucinations and abrupt, creepy moments with the ghosts. But most of the time all you do is picking up some in-game stuff, reading the notes, looking around various locations and just wander-wander-wander. 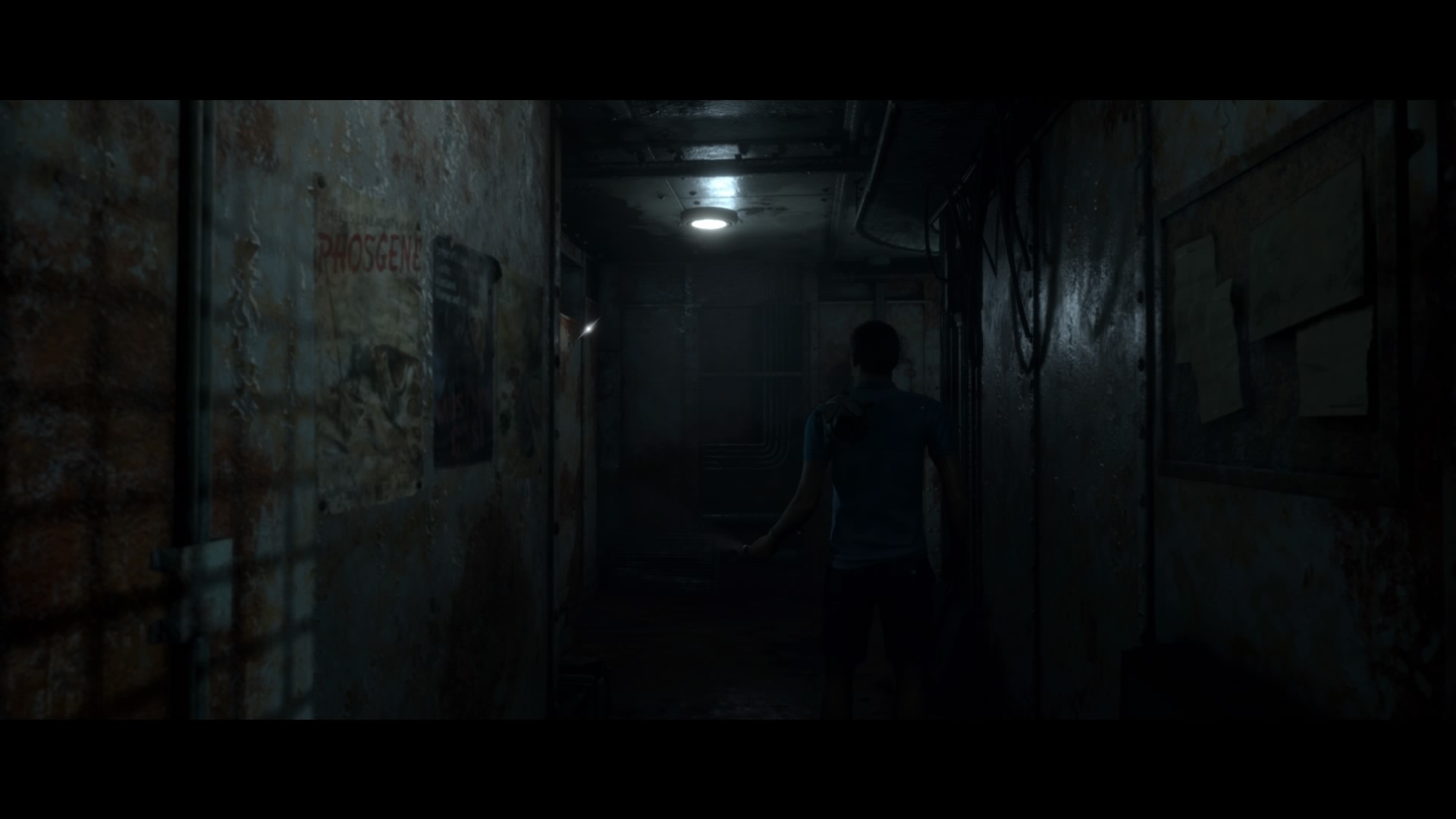 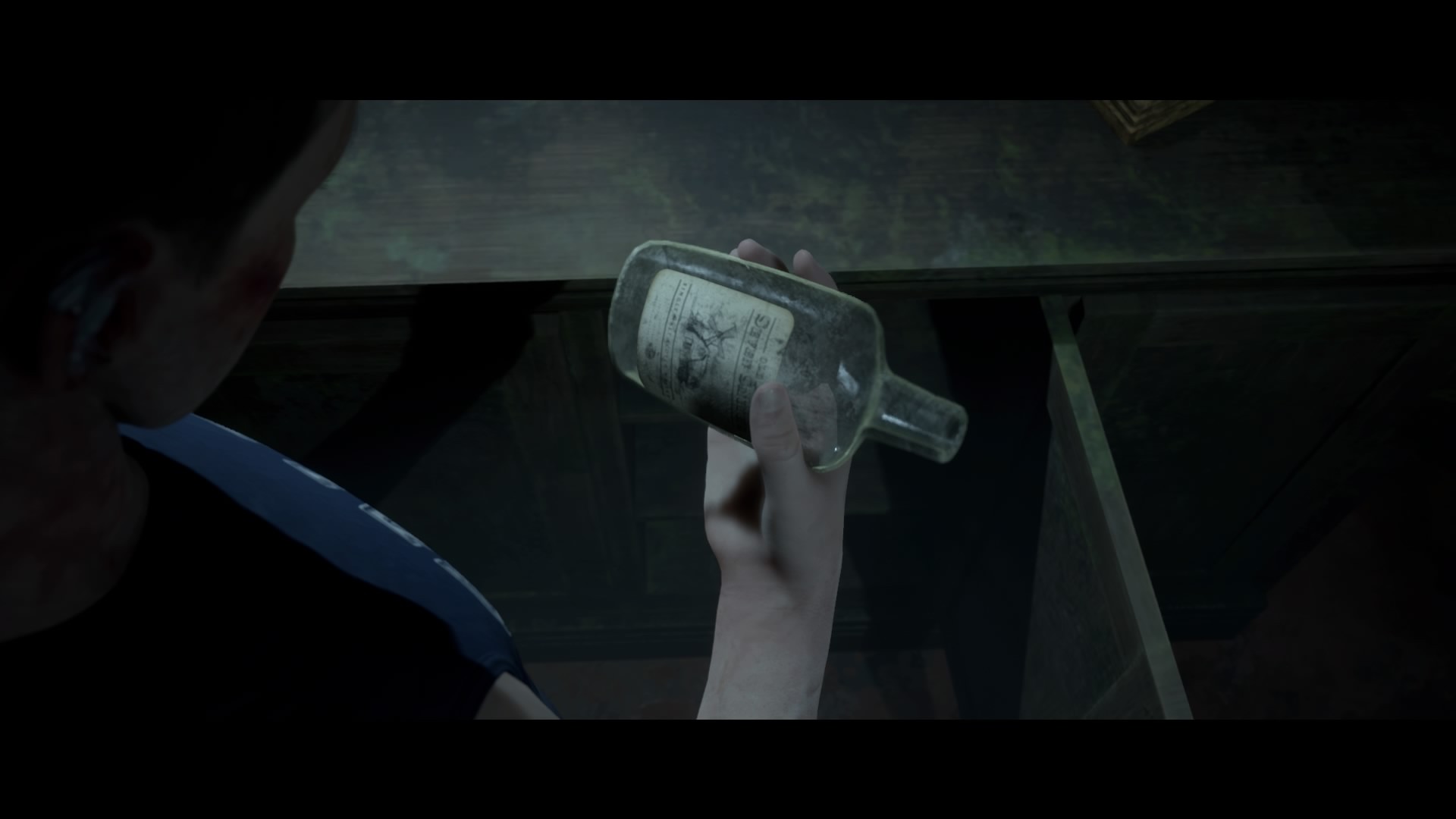 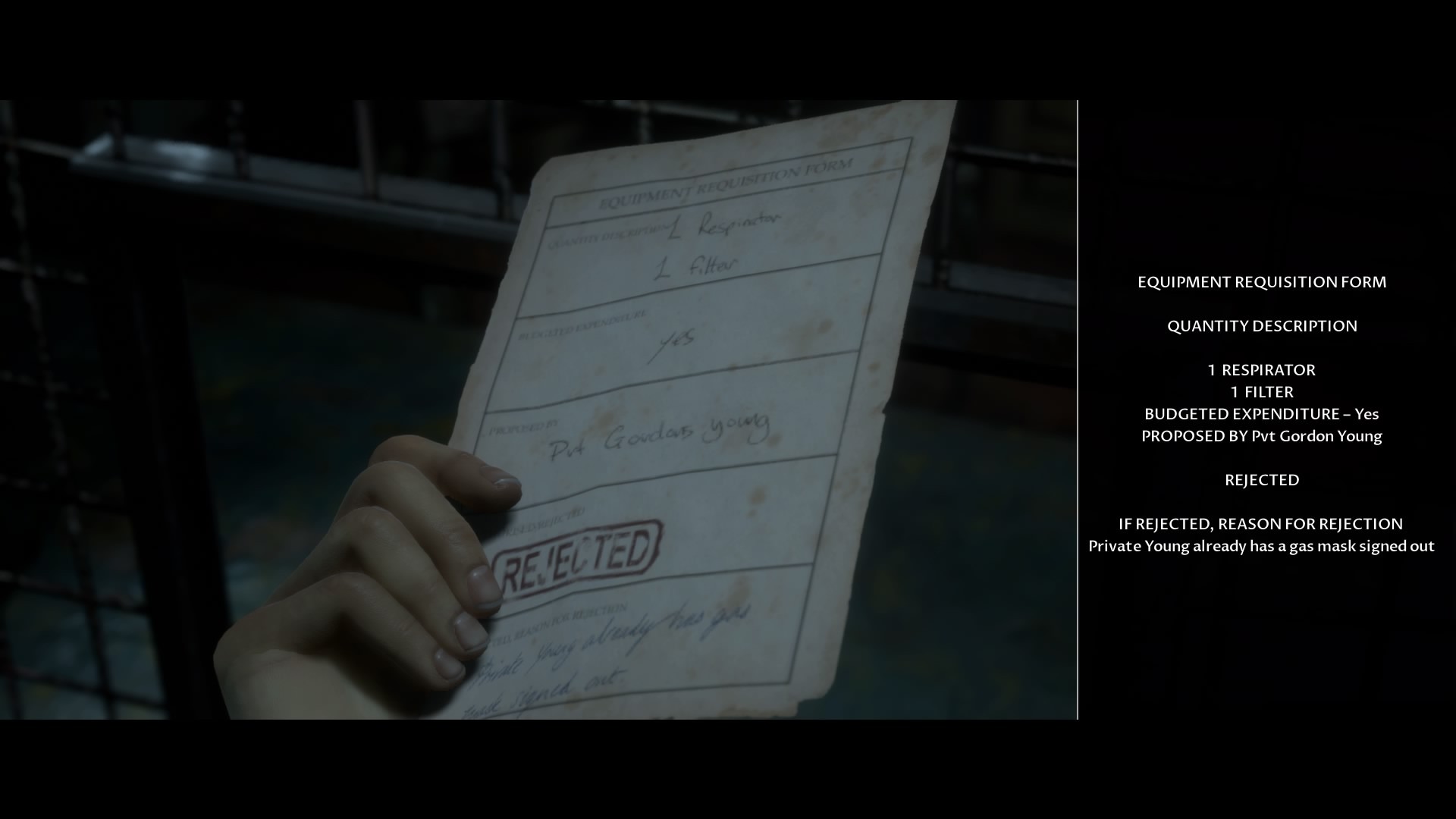 Half of an hour behind, I wanted to fasten the progression somehow but there is no option.

The good part is the environment: all locations have the right atmosphere, great design and high-quality lighting. I also like the camera positions: well-thought angles make you feel like you're watching a movie. But there is the dark side: you can't turn the in-game camera as you wish like in "Until Dawn". I had situations when my character was out of my sight completely: staying in the corner, behind the wall, and there is no way to go.

Some scenes got the players' attention by sudden events, exciting locations and, as I mentioned above, brilliant lighting: 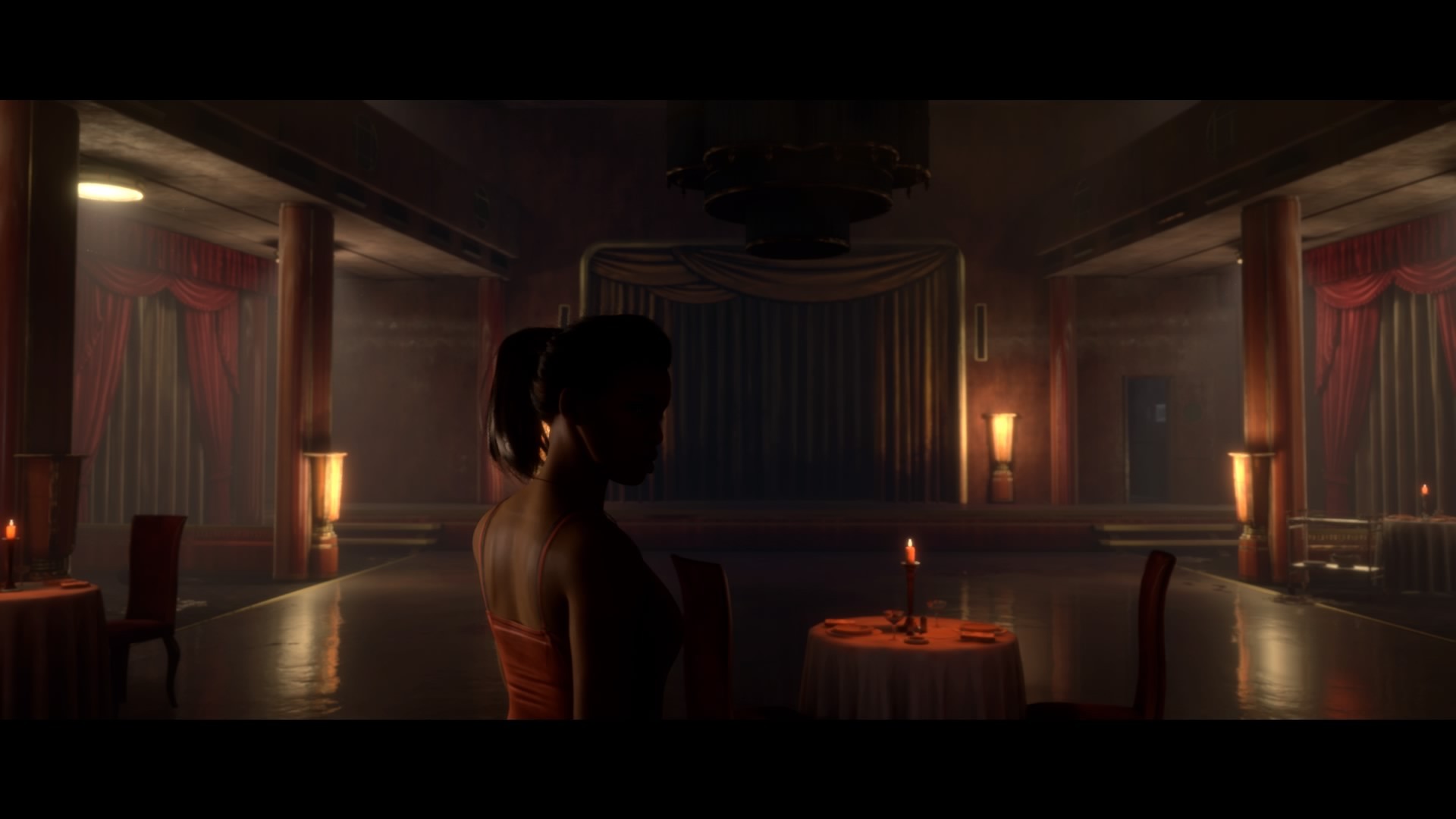 These advantages didn't cover the total impressions: I was upset by the game's speed, the lack of events, unnecessary stuff and illogical actions of characters. Yes, the developers allowed us to make fateful decisions, but if you have freezes (and there are when playing on PS4, hitting you hard when need to do QTE really fast) - you can't fix your choice in this case.

I had trouble when the game suddenly froze in a critical moment. It led me to a bad ending. And for me, this is a huge imperfection.

As a result, the player may feel this way (it's safe to watch, there are no spoilers):

Was it worth my time? No.

Was it worth my money? Yes, I had an experience, some entertainment and now I know what to expect from the other parts.

Will I buy the next "The Dark Pictures Anthology" chapter? I don't know exactly now, but at the moment it seems more "no" than "yes". But there's still a bit of hope and curiosity left in me.

All in all, I felt like this when I completed the game: 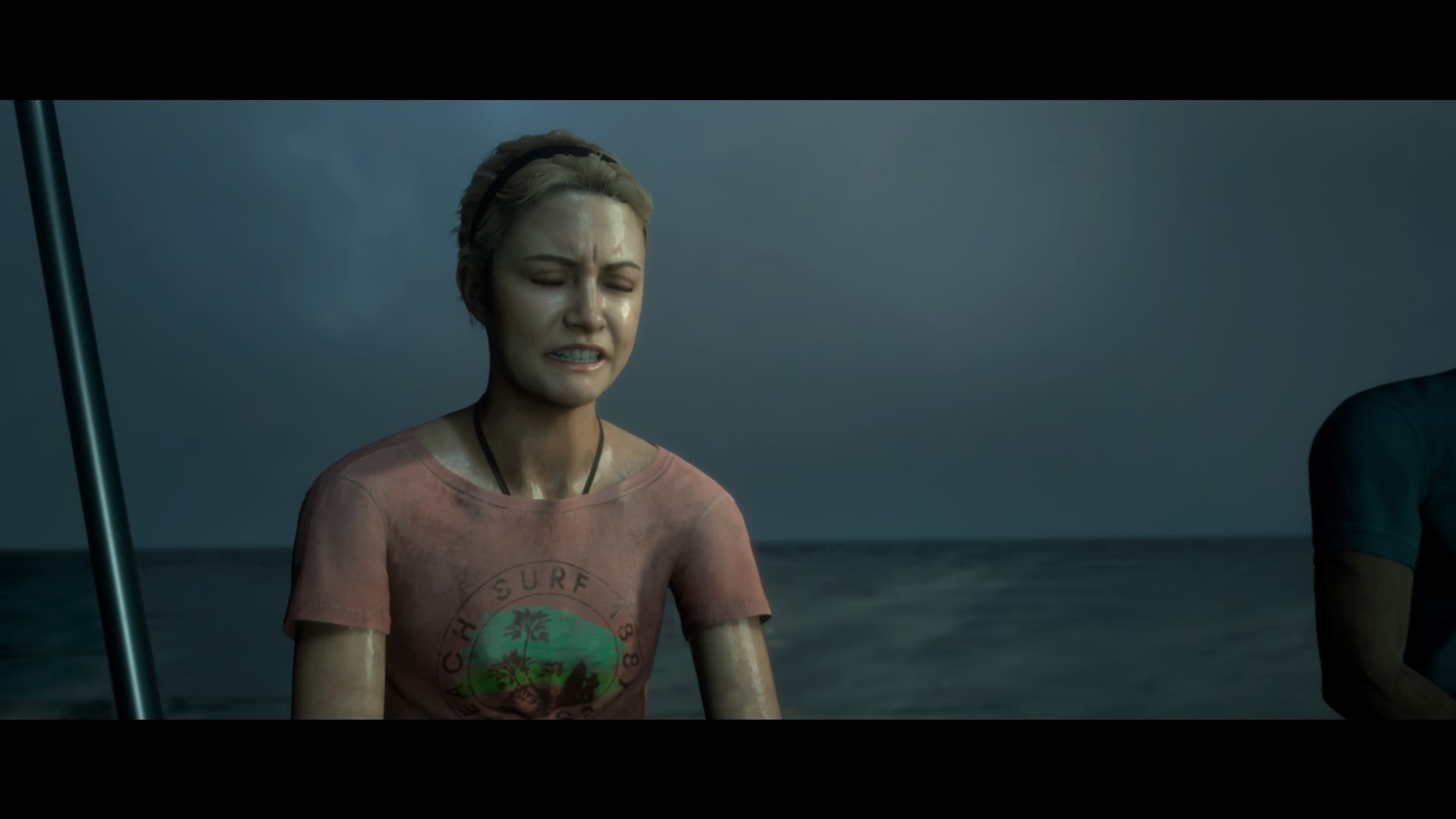 I hope you'll have a different experience. And don't forget to share your ending in the comments!