The connect between martial arts and fighting games

The connect between martial arts and fighting games ⚡⚡⚡ Esports and gaming news, analytics, reviews on WePlay! The latest news on WePlay!

Video games used to be just about fun, but then co-op gave us camaraderie, high scores gave us competition, and esports gave us jobs. As a kid growing up, I believed there were few things cooler than martial arts, and I guess, to some extent, I still feel that way. Hence, my love for fighting games.

Right from the arcades, fighting games showed us that they were about more than just having fun. Or should I say we derived pleasure from them through a variety of ways. Curiosity drew us in; the desire to win kept us going, our desire to learn prevented us from leaving, and in the end, after becoming the champion, we had to defend our title. Fun was just an added advantage, and for me, so was the martial arts they were based upon.

Street Fighter II: The World Warrior was like the drug that got the world hooked on the genre. Other games began to pop up, using similar mechanics to Street Fighter II, but with their unique spin on things. Yet, some games were more creative than others, like Mortal Kombat, that dared to bring much more violence and gore into the mix. It also delved into the realm of more realistic graphics, but its moves bordered more on humor than martial arts authenticity. It launched on October 8, 1992, and spawned several sequels that continued to increase the gap between it and real martial arts. 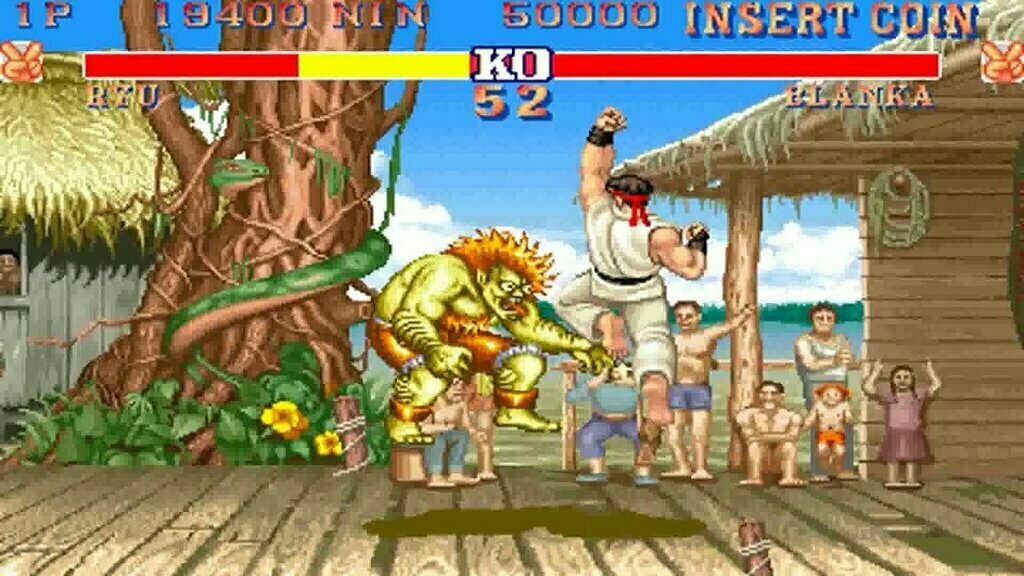 The fighting game that started it all

This difference wasn't particularly bad, though. It was entertaining, and that's all video games were ever about for a long time. Game developers had to keep figuring out ways to keep gamers having fun and parting with their (usually their parents) hard-earned cash.

It wasn’t until Virtua Fighter was released in 1993 that the world got to experience a fighting game that made real-world martial arts a priority. As the first fighting game with full 3D polygon graphics, players had more directional control. By strafing sideways, we could dodge moves in ways forever impossible in Street Fighter. Whether our attacks used the left or right limb now mattered. With the presence of a ring, we also had to be aware of our surroundings. The possibility of ring outs was added to our strategies. Fighting games had evolved, and though not everyone took this route, it spawned sequels of its own and games like Battle Arena Toshinden, Soul Edge, Kensei: Sacred Fist and Tekken.

The 3d fighter that showed the path

Granted, Virtua Fighter still had unrealistic elements like the super jump pounce attack inflicted on downed enemies. However, it also provided more authentic combat than the competition. The fact there were no fireballs or flying around from one end of the screen to the other made it stand out even more. Virtua Fighter is a great franchise that's remembered for how technical its fighting system was and paved the way for another great game in the link to martial arts authenticity.

The King of Iron Fist

In December 1994, Tekken came to arcades, and like Virtua Fighter, it chose to do away with many of Street Fighter II's systems and provide a more realistic fighting experience. At first glance, it appeared to be a Virtua Fighter clone, but with detailed textures and a smoother frame rate. Created by Virtua Fighter designer Seiichi Ishii, what resulted was a game that's praised for its gameplay mechanics and depth. Another thing that made it stand out was the ability to control all four limbs with a button each. 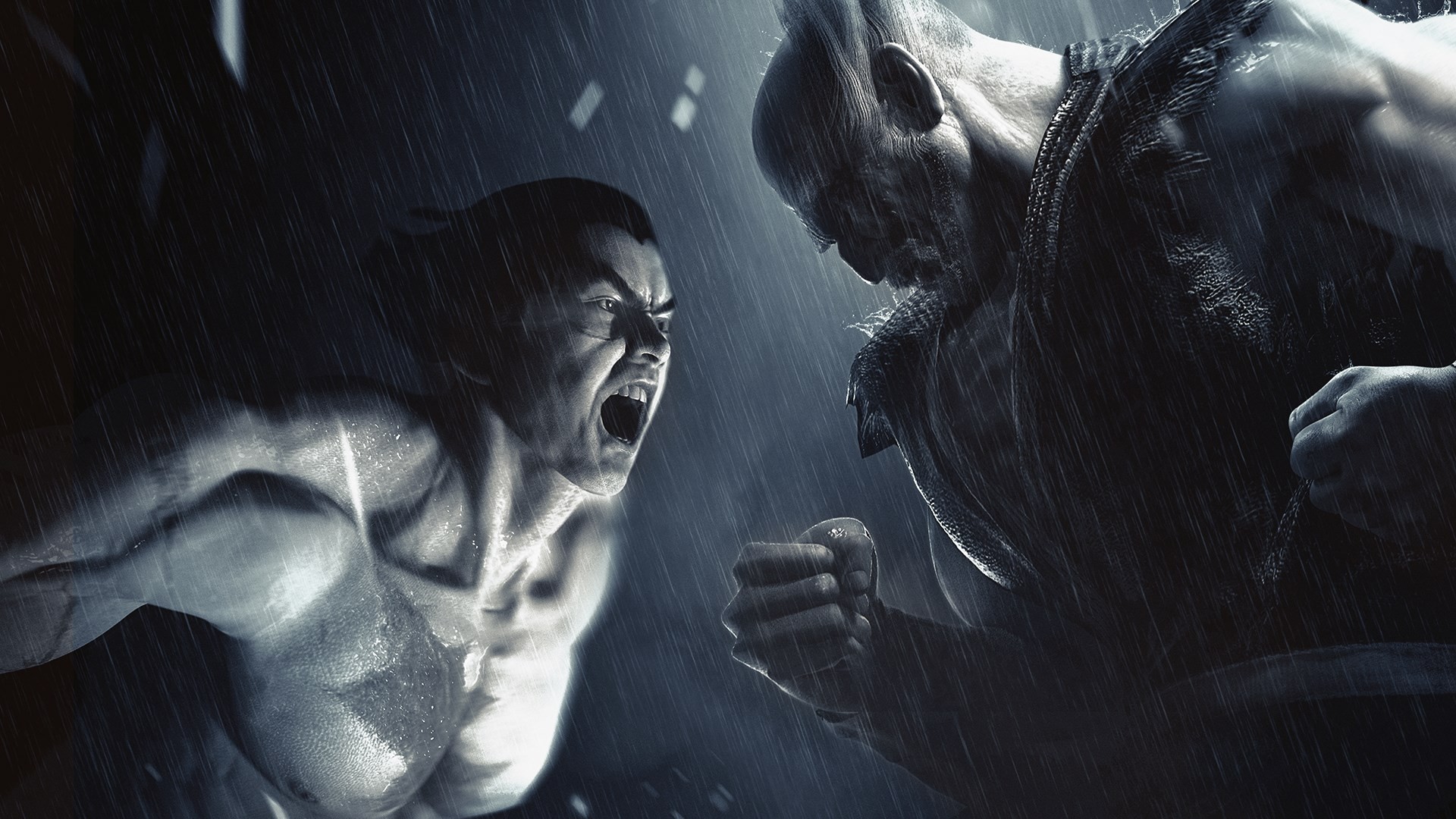 Tekken 7 is the latest iteration of the game and was initially released for arcade on March 18, 2015, but arrived on consoles and PC in 2017. Since then, it's had three seasons full of extra characters and other additional content. It also has its own tournament circuit, the Tekken World Tour, which has players from around the world compete for the title of King of Iron Fist tournament.

So what's the connect between martial arts and traditional fighting games? I'd have to say it's in the moves and the attention to detail. Martial art tropes, technique names, and stereotypes all add to the link. Take, for example, Street Fighter's Ryu and Ken, for instance. According to old lore, they practiced Shotokan Karate, even though it bore little resemblance to the real world martial art.

Capcom USA could have called it anything at the time, but they didn't because the company wanted to leverage the popularity of martial arts. With how popular the series became along with its main character and his rival, other fighting game characters with a similar style of moves were grouped under the term "shoto." Today they practice "a martial art rooted as an art of assassination" or Ansatsuken. Yet, the FGC will go on using the word shoto to describe a particular type of fighting game character.

Although calling Ryu and Ken's style Shotokan Karate was inaccurate, fans like myself paid the art more attention because it existed in real life. It was years before I realized just how different it is from the actual art, but I always remember the connection. 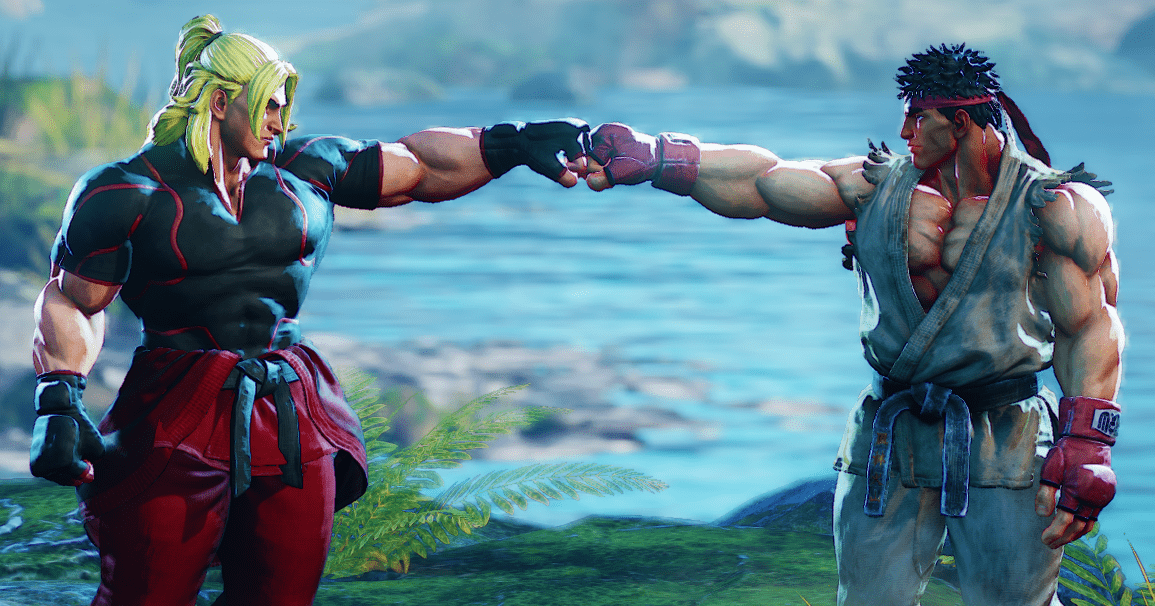 Today the most popular 3D fighting games are the ones that focus on real-world martial arts, featuring authentic or semi-authentic moves. Even the Soul (Soulcalibur, Soul Blade, Soul Edge) franchise, which has each of its characters using different types of weapons, still has swipes, parries, and throws, which seem far more realistic than me performing hadoken.

A perfect example of this is a video by YouTuber Spike Ricky in which he compares footage from the Ip Man films to Tekken 7's Leroy Smith. Both practice Wing Chun, and unlike the case of our Street Fighter shoto characters, Leroy's moves are identical to Donnie Yen's.

As much as fighting games draw from martial arts, the reverse was also the case for MMA fighter, Uriah Alexander Hall. The Jamaican-American mixed martial artist and former kickboxer revealed some surprising news in an interview with Vice's  MMA section Fightland. Talking about his experience when he first started in martial arts, he said,

"I was embarrassed to say that I played Tekken all day, copied the moves, and that's how I learned. I would play that video game so much. I'd go into practice mode and have the characters. The computer spars me back and forth like regular training."

"I'd just keep playing until I see something... visually, it was almost as if my body just adjusted to it, so when it came time to spar moves that I would see would come back like that!" he said. 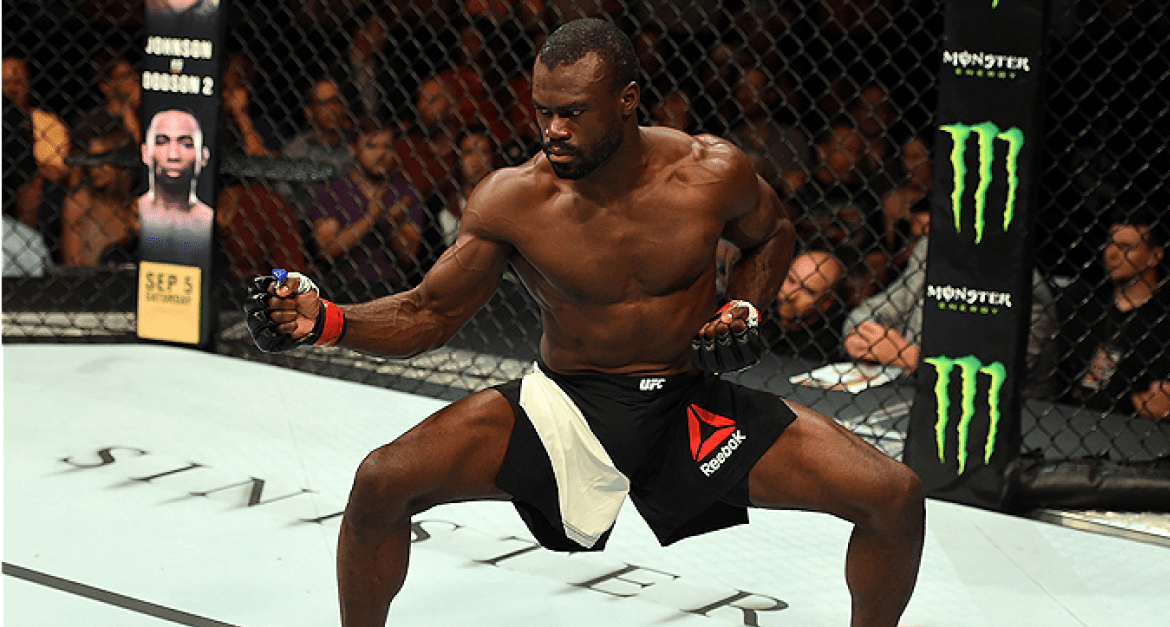 Uria Hall all charged up

In 2013 at the time, Hall was selected as a fighter for the 17th season of The Ultimate Fighter. His coaches were Jon Jones and Chael Sonnen,  which lead to a 4-0 streak on the show. Hall advanced to Finale in a match against Kelvin Gastelum of Team Sonnen, but lost via split decision.

"Every time I saw a cool move on Tekken, I would just practice it till I got good at it and when I did it in training people said, 'what the hell is that!'"