We have first blood at the Chinese Major — eight teams have fought for their lives in the lower bracket opening games. The first losers — NoPango and Forward Gaming — have packed their bags. But Fear and his J.Storm boys are still in the ranks.

So, here's the full recap:

Lower bracket — round one

The 'Bears' and Team Secret made it through to 'winners' final, but Chinese Dota 2 pros — PSG.LGD and EHOME — dropped to the lower bracket.

Today we're going to watch lower bracket's second round. After it, the teams will have some rest — the matches resume only on January, 25th. 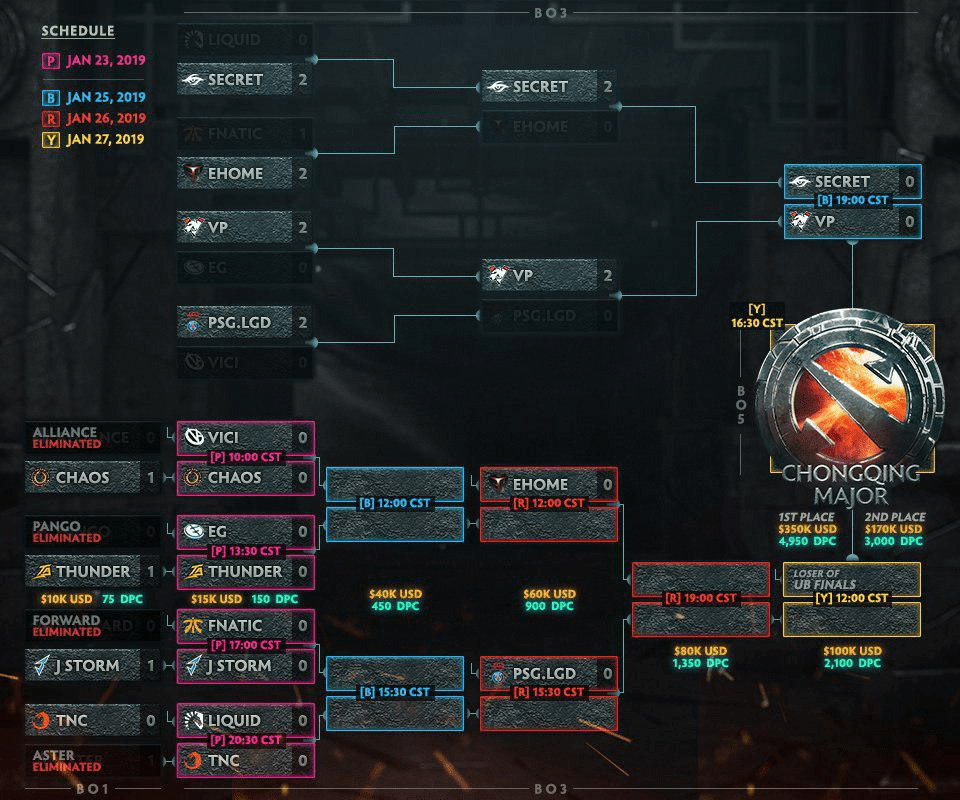