Throughout the years, there have been many amazing horror games which we, the players, had the chance to play. Some of them were based either on movies and books, whereas others were purely original.

Of course, not all of the games are loved by everyone. In fact, some of them are very hated among the gaming community due to their randomness and lack of in-depth content. On the contrary, there are many games out there such as the Resident Evil series for example, which many people consider to be one of the best horror games of all time when it comes down to sales and just overall love from the community.

Now that we cleared it all out, let's take a look at some of the best horror games of all time. You will find plenty of familiar names here but there might be some of them that you never actually heard of. 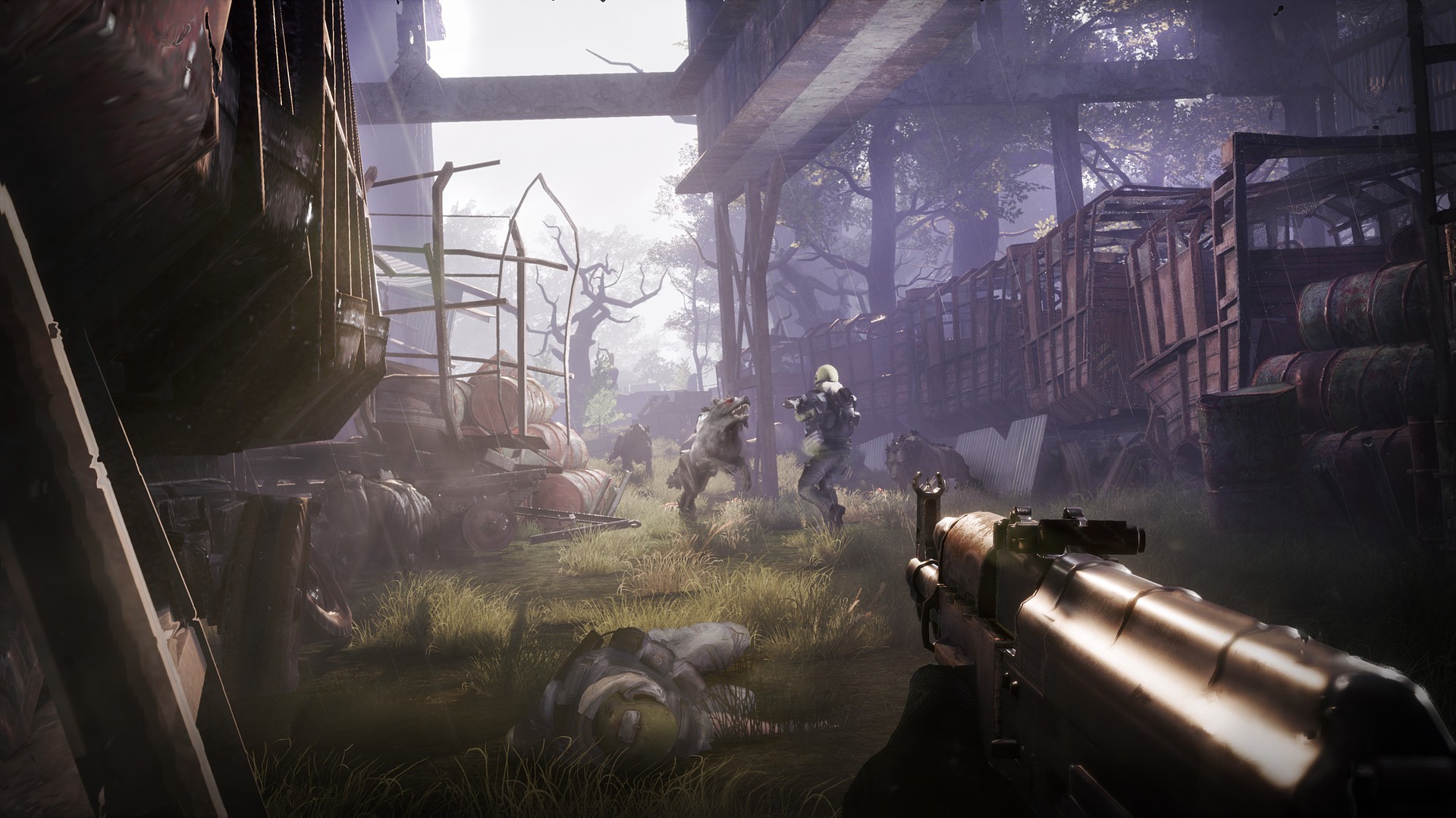 Even if you never played a game in your life, the sheer name of this one is enough to not allow you to sleep the first time you hear about it.

This first-person shooter emphasized a lot on the action compared to other horror games. In fact, it had one of the most interesting varieties of weapons that you can imagine - anything from a wall-spinner to head-choppers, you name it. However, this game has a lot more into it than just randomly killing enemies.

One of the scariest moments always seems to happen once you are done with many enemies in one place. Just when you thought that everything is OK and you are good to go, you will most likely stumble across something very scary which will turn things around. For example, there was this cannibal type of guy who always seems to appear out of nowhere and always chases yo around.  In addition to that, there are also many other scary things that can occur such as random spawns of enemies, moving objectives and more.

Needless to say, if you want to experience the full thrill you have to play the game on your own. It does not matter how well it is explained here, you can never get the same vibe from just reading about it. 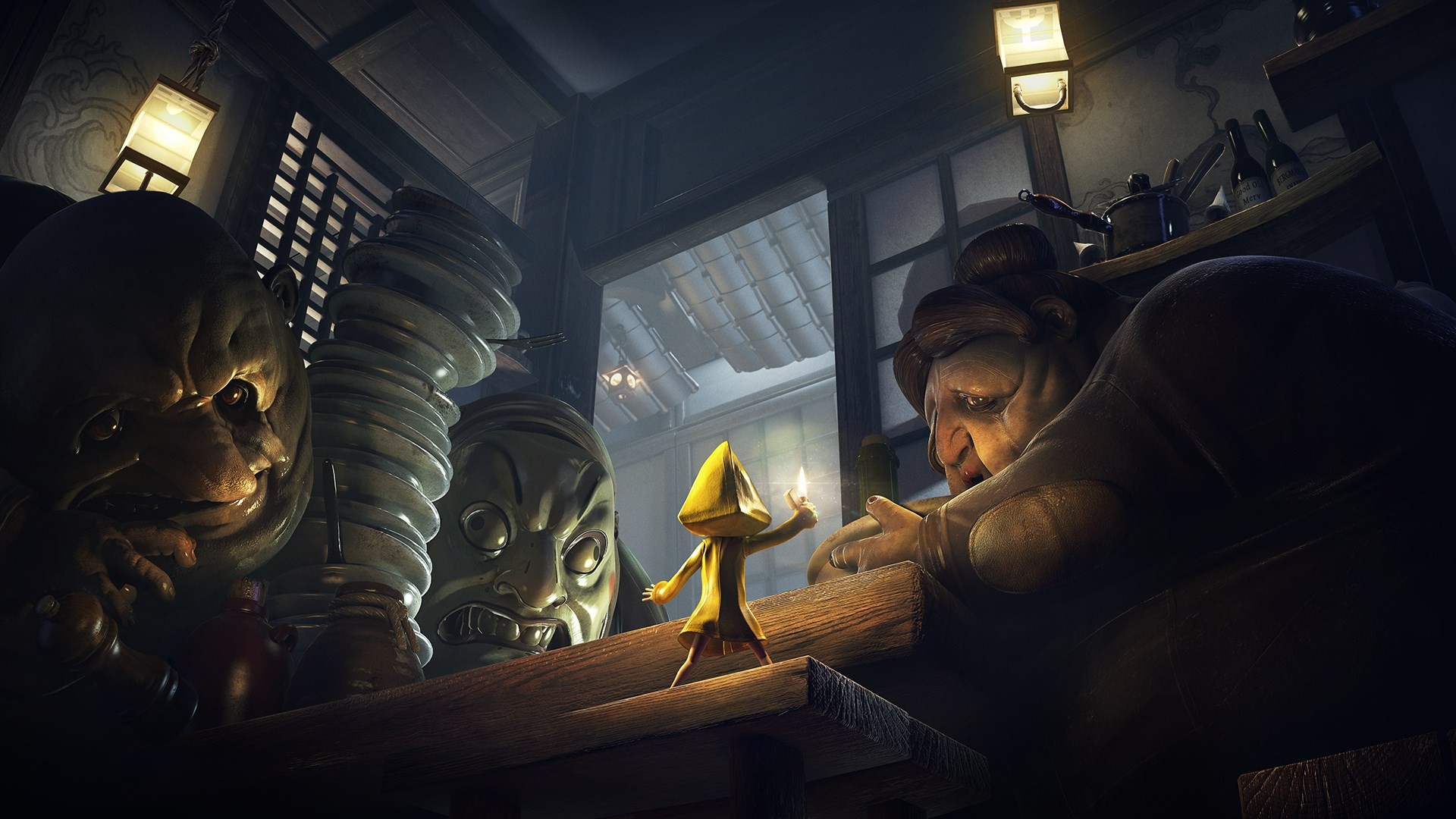 The strange world of Little Nightmare makes this game one of the must-tries if you are into horror games. The main focus of the game is on you escaping a very, very uncomfortable place full of bad, annoying, hungry and most importantly - BAD creatures that just want to lay their hands on you.

All in all, this is definitely one of the more interesting horror games in terms of its story. However, keep it in mind that the gameplay might not be everyone's bread and butter, especially due to the random controls. Despite that, the cool story makes up for this, which is all that counts in the end. What's more, the graphics are also pretty cool, which is very important for those types of games. 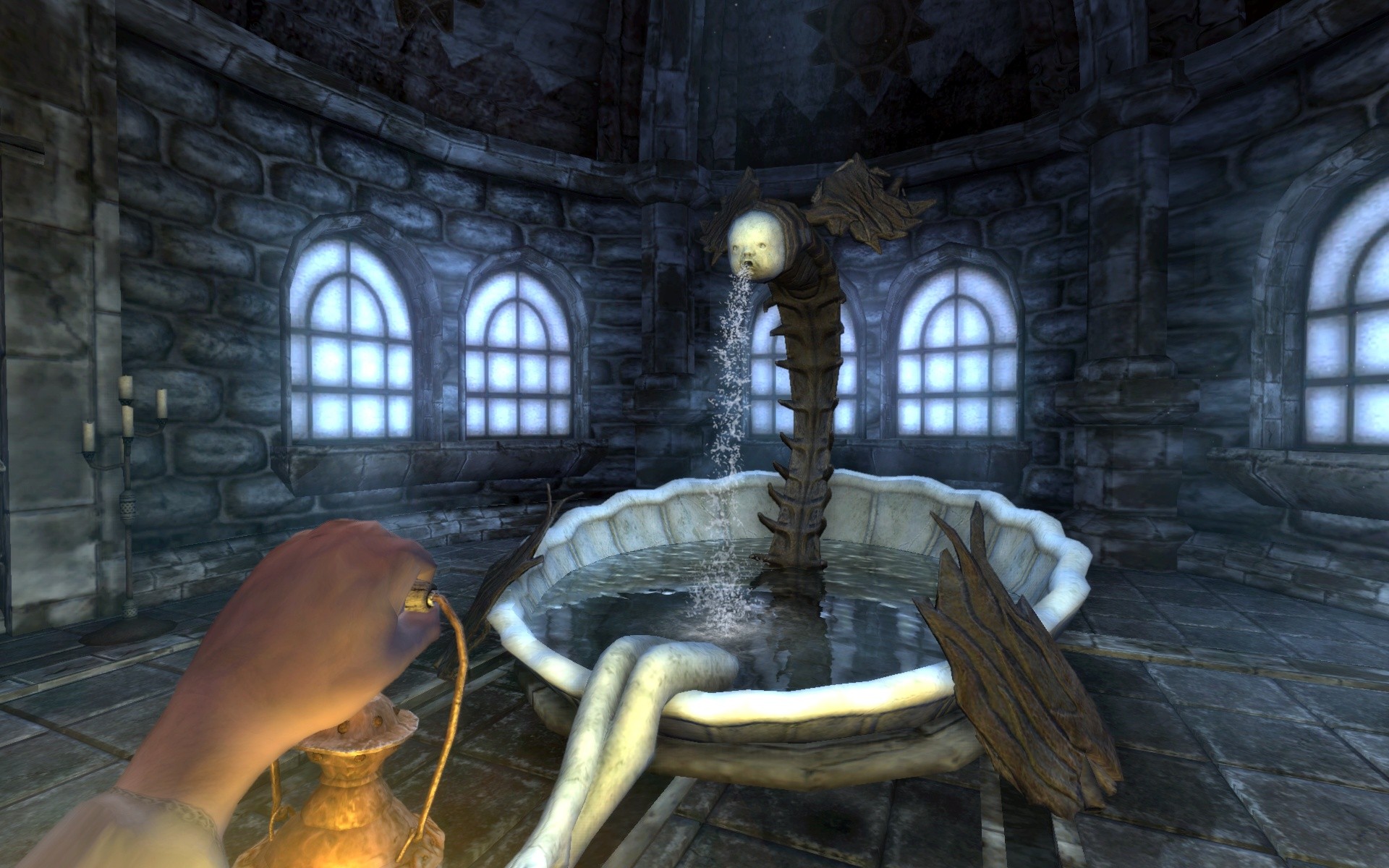 Amnesia is an adventure game that is played from a first-person perspective and it has a lot in common with the Penumbra series. This means only one thing - there are numerous scary mechanics for you to experience. In addition, there are many new objects for you to toggle, for example, opening different doors, slowly sneaking around and much more.

However, what's cool is here is that you have this strange feeling of being helpless the entire time, which is the sole purpose to play a horror game. The plot of the games takes us back in 1839 in London, England where a boy named Daniel awakens in the dark without having no memory of why he is there or what has happened to him. However, he can definitely remember one thing - he is being hunted by something which is referred to as "shadow".

After that, the character proceeds to move out of this castle, however, little does he know, he is being hunted by the Shadow already. During this journey, you, the player, will have the chance to find many notes and other types of stuff which will help Daniel restore a part of his memory. You will eventually find out that, apart from trying to stay alive, he needs to find and kill his baron called Alexander.

Definitely, a very cool game which you dust try if you are into horror games. 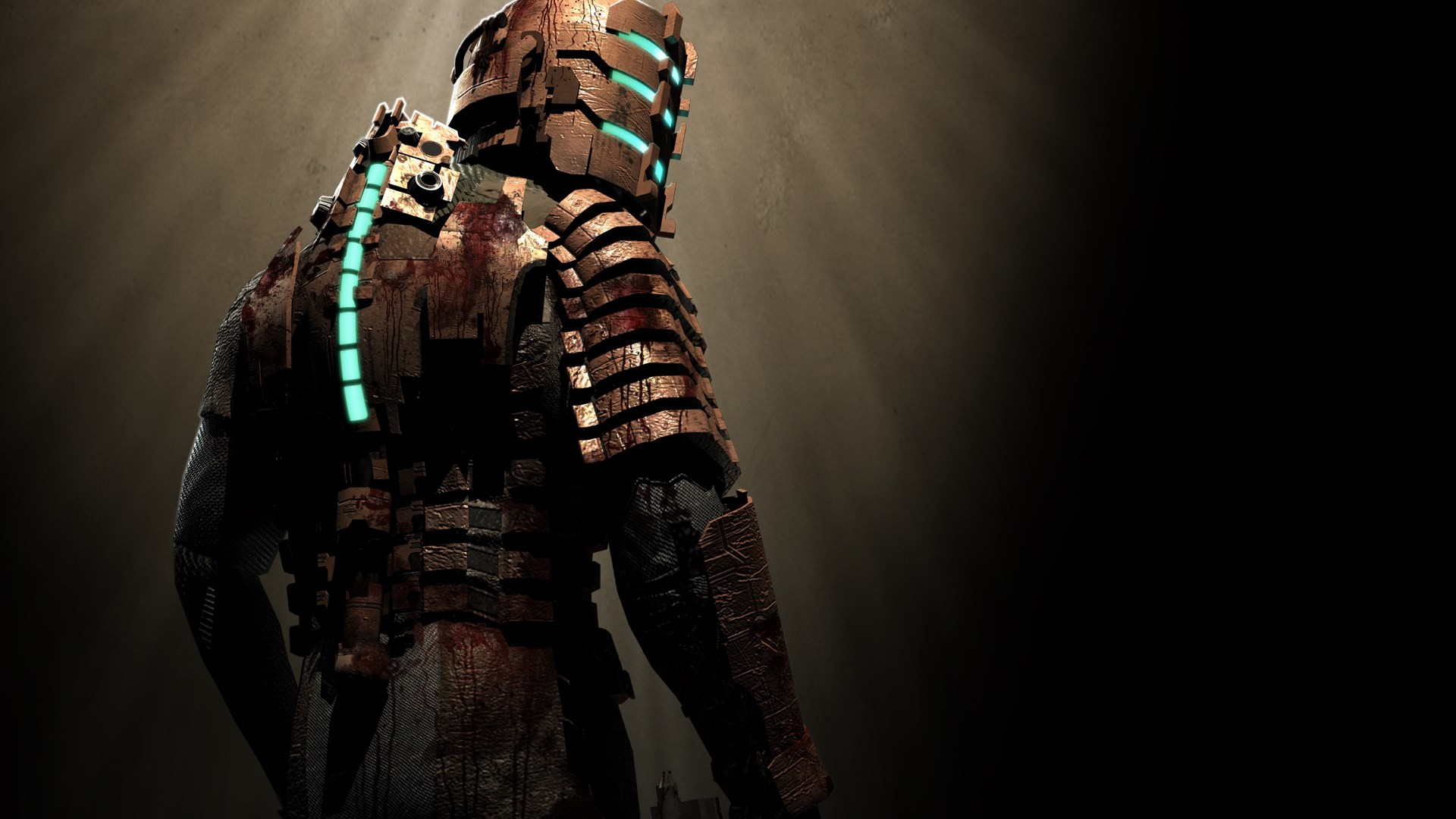 The story of this amazing game is set in the year 2508 and it begins by a guy sending a distress signal to the Concordance Extraction Corporation. The reason behind this distress signal is the fact that, during a mission to extract ore in large masses, there is a system malfunction, which basically blocks the transport of the people that actually work there.

As you start the game, you will get the chance to explore appears to be an abandoned ship. However, since this is a horror game, expect to stumble across many monsters and other types of alien beings. In the end, there will be only two people who will survive this action.

You will take the role of Isaac Clarke, who is an engineer. However, after surviving the initial attacks, your job will be to try and repair this ship so that you can go home. Of course, you will find soon enough that this ship only appears to be empty when in reality, there is an insanely-powerful alien type of a being which can transform everyone into mindless zombies. To be fair, this plot is very similar to the Alien moves franchise, which is definitely a big plus because it is one of the all-time classics.

Even though this game was released way back in 2008, it still remains one of the most interesting horror games of all time. Apart from the scary encounters, you are basically always on the edge due to the low ammo and the ability (or more like disability) to be aware of what is actually happening around you.

In this scary game, you are taking the role of a journalist who enters an insane asylum in order to find some answers. Well, let's just say that things do not go as planned as he ends up fighting for his life numerous times.

Since this is a classic horror game, the vast majority of it takes place in the dark, which adds up to the action. Your job is basically to try and stay alive by doing anything necessary - from hiding to running when it's needed.

Apart from the original version, there is also a special DLC expansion which you can get that is definitely worth it because it features even more grotesque stuff. This is definitely not a game that you would want to play with your kids orr with your parents for that matter 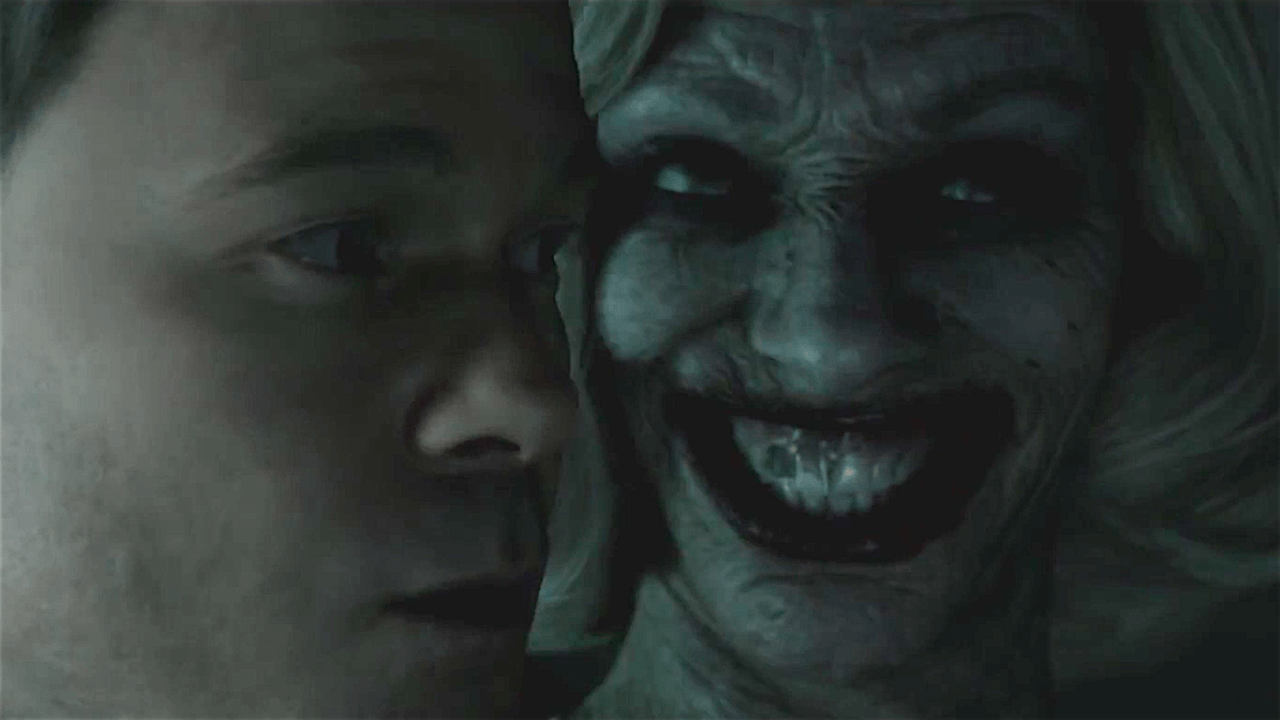 Until Dawn is one of the most-appraised games of 2015, which makes it pretty much a must for everyone who is into horror games. It is essentially an interactive drama where players can take control of eight adults who are trying to survive on the Blackwood Mountain until..., well... Dawn. However, this is definitely easier said than done as the player will be subjected to all kinds of tests in order to prove that he is worthy of surviving. You will be able to come across many clues, items and more which will give you an idea of what has happened before you went there.

The game itself is divided into 10 chapters and it also includes the so-called butterfly effect system. This means that you have to make choices and those choices will determine who the game turns out for you. For example, certain choices could potentially unlock a new type of event which might end up not the way you wanted them to be. In fact, depending on the outcome of the tour decision, all eight of the characters might end up dying. However, this is one of the few games out there which has literally hundreds of endings, making it very loved by the players. 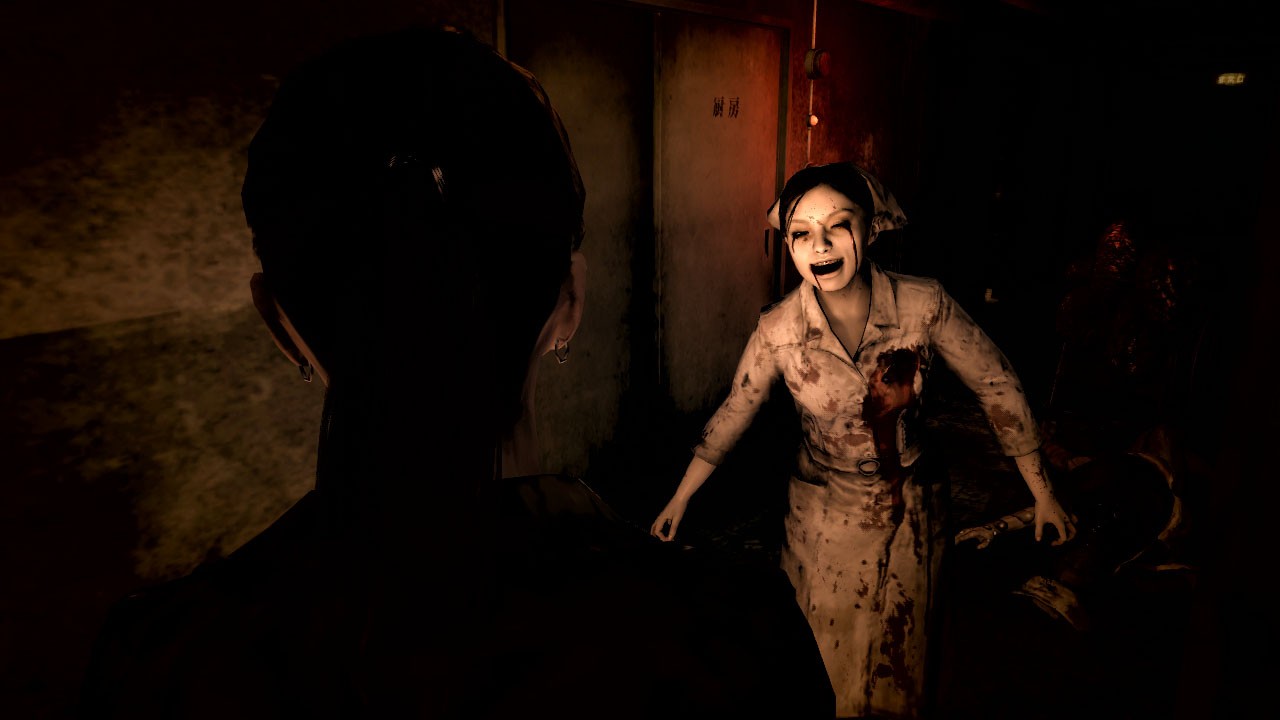 This is one of the most unique horror games when it comes down to its mechanics. The main gameplay involves controlling a character from a third-person perspective, which is not the ideal for a horror game but hey, it is what it is.

Similar to many other games out there, you have to progress through the main story by doing missions. Of course, there will be many enemies along your way which will want you dead, which means that you must be very careful how you move around the map. In fact, this is probably one of the most "stealth" games there is. In order to avoid the main enemies called Shibito, you have to move carefully and always know your exact position. It is not advisable to try and fight them because even if you knock them down, they will eventually come back again and chase you.

To make things even more interesting, you will be unarmed most of the time, which definitely makes things a lot harder. Having said that, your goal here will be to try and basically "get" inside the minds of your enemies. 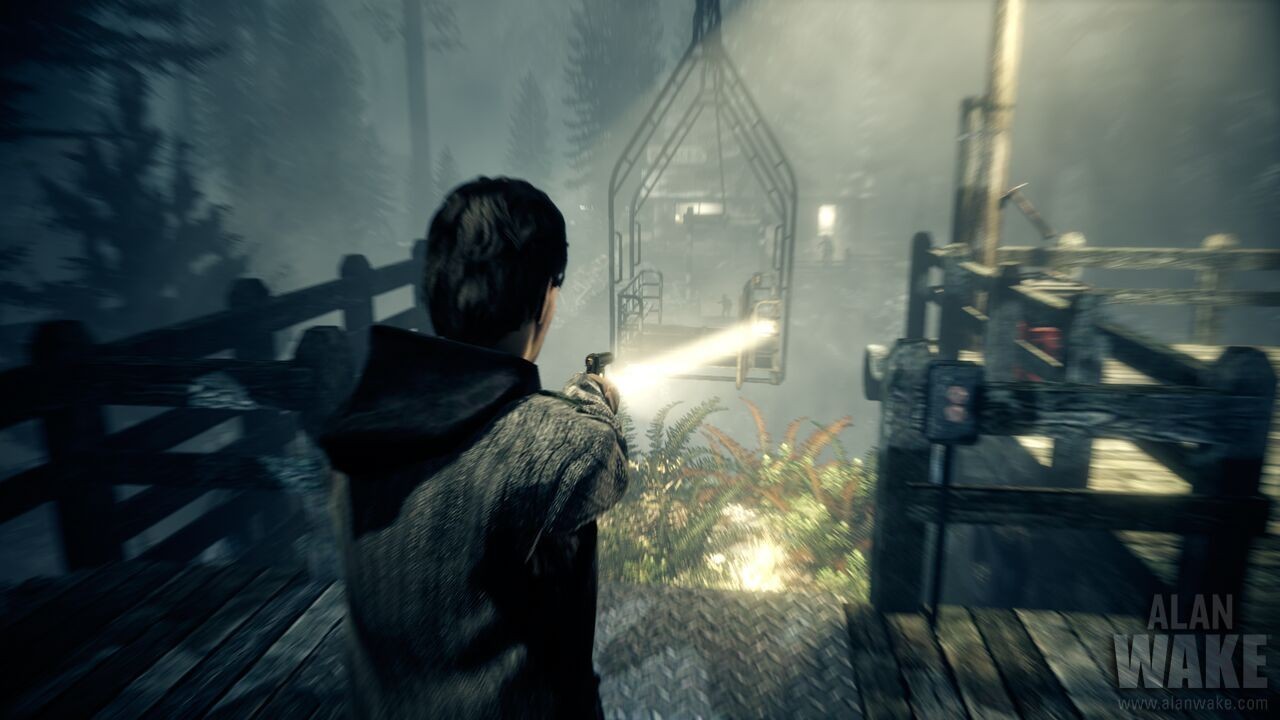 Alan wake is the last game on our list, however, it is definitely not the least. This game is not like the others on this list because there are not that many scary parts or gruesome activities. Despite that, the sheer gameplay is what makes this game so special. In fact, this is one of the best-selling psychological thriller games of all time.

The story is about Alan and Alice as they travel to the small mountain town of Bright Falls in Washington for a short period of time. However, once they get there, Alan realizes that this has been a setup from his life who tried to lure him there so that he can meet with a very famous psychologist named Dr. Hartman.

Later on, you will get to experience a lot of supernatural moments such as random forces dragging you in different directions and more. Even though there is no "wow" factor here in terms of scariness, the game is definitely well worth playing.

There also many other amazing games that have not made it to this list. Of course, this does not mean that they are not cool. Every single person has his own "list" of the perfect games but when it comes down to horror ones, the opinions seem to overlap most of the time. Also, let's not forget that there are many new amazing games expected to come out this fall and at the beginning of 2020. Who knows, we might see some new impressive titles as well.

Until then, make sure to play some of the classics if you really want to "spice up" a bit and get that amazing feeling of a horror game.