Test your might in the Christmas themed Mortal Kombat 11 tower now ⚡⚡⚡ Esports and gaming news, analytics, reviews on WePlay! The latest news on WePlay!

Players face Cetrion, Frost, and Sub-Zero, with a series of restrictions and effects imposed on each match to make things interesting. The Cetrion fight has ice shards raining down on the stage and elves dressed like Santa Claus in sleighs trying to knock you down. Candy canes will also randomly appear, which provides players with a significant speed boost.

In your fight against Frost, the screen goes dark, with a large menorah lighting the background up gradually. Frost also happens to have equipped an armor that negates hitstun. 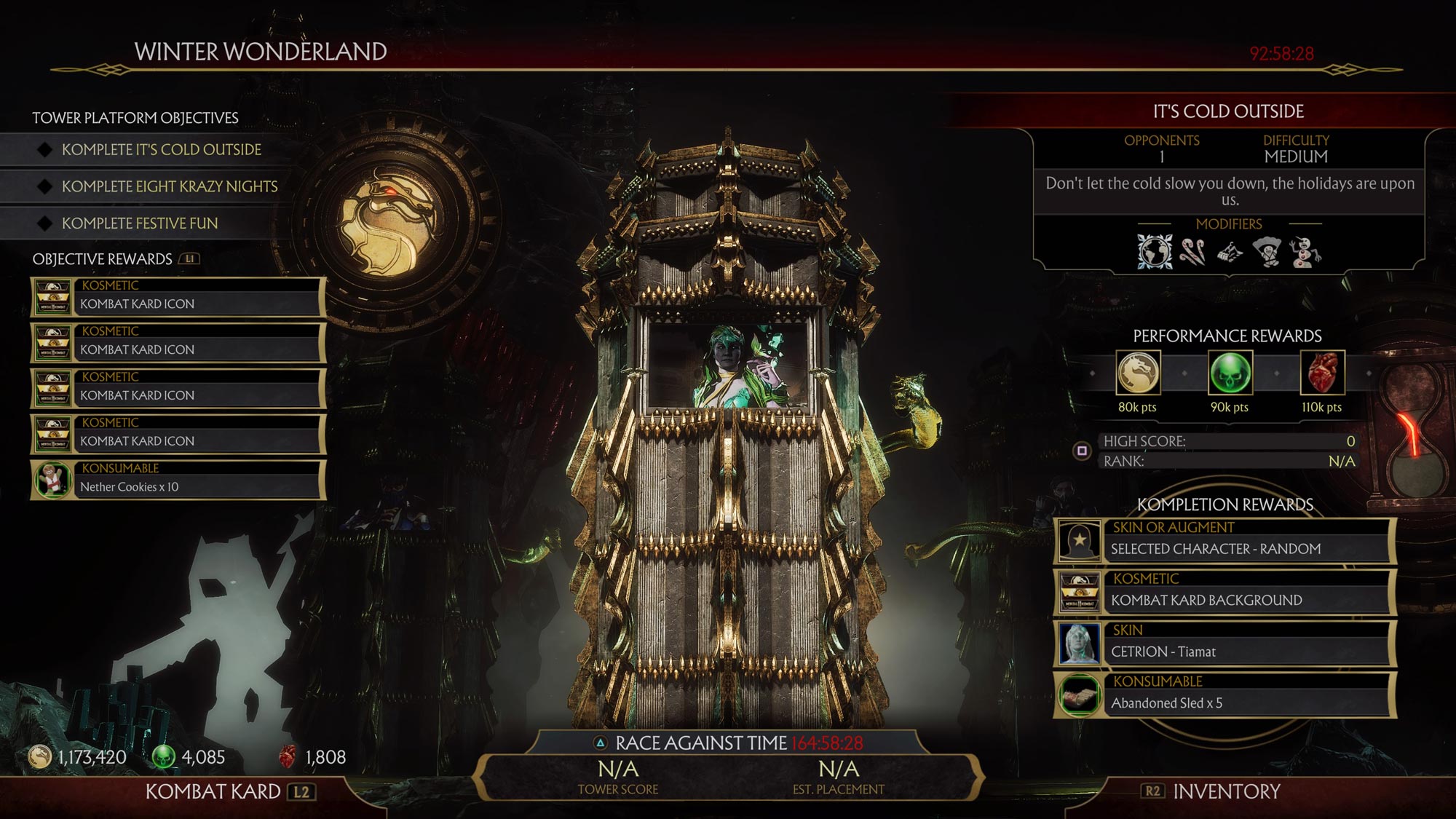 Lastly, the Sub-Zero fight brings back the ice and sleighs, but there will also be a string of Christmas lights that shoot across the screen. Upon impact with players, it leaves you temporarily vulnerable to attacks.

The tower’s difficulty level isn’t too hard, and konsumables can be used to make things easier. With each defeated enemy, players receive a new skin for the character you’re playing. Other rewards include backgrounds, icons, konsumable, and even the annoying Christmas lights.

Winter Wonderland will be live for the next few days, so make sure to unlock all the exclusive rewards before the event ends.