While Valve is purging Dota Underlords thanks to linked lore, Drodo finds decent sponsors to have $1,000,000 prize fund tournaments — Riot Games are predictably launching the open beta for Teamfight Tactics very soon! We've made a list of the most important thing for your information. Starting from the basics.

A quick bullet point list of Teamfight Tactics future at first (promised by the developers):

How do fights work in Teamfight Tactics

At the beginning of each round, the game provides a set of random champions that gamers can purchase for gold. These characters appear on the bench at the bottom of the screen. At any moment they can be dragged onto the battlefield.

Battles take place in automatic mode, the player who chooses the champions correctly and uses the best artefacts — wins.

Races/Origins and Classes in Teamfight Tactics

In any Auto Chess-like game it is very important to understand combining. If you want to read an exceptional guide on how the classes and races combine in Teamfight Tactics — hit the link and try to understand it, it's simple!

Hey, did you really think we're having real cheats right here? Only legal tables with the best combos! Check these out: 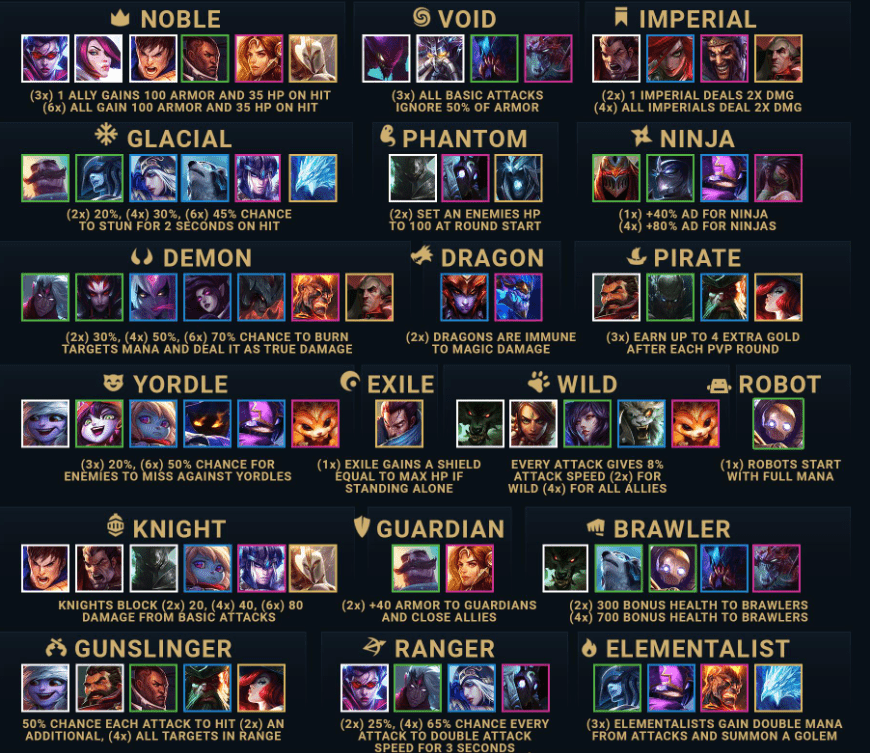 That's all! Hope we were helpful. See you on the battlefields!