Super Smash Bros. Ultimate fans have been waiting for information regarding the identity of the next DLC fighter coming to the game. However, instead of a big reveal, Nintendo has stealthily released Challenger Pack 5 for pre-purchase on its store.

The listing on the Nintendo eShop shares a release date of February 29, 2020. Yet, this could quite possibly be just a placeholder. The pack costs $5.99, but it's also a part of the Fighters Pass. So owners of that package will not need to part with any additional sum. 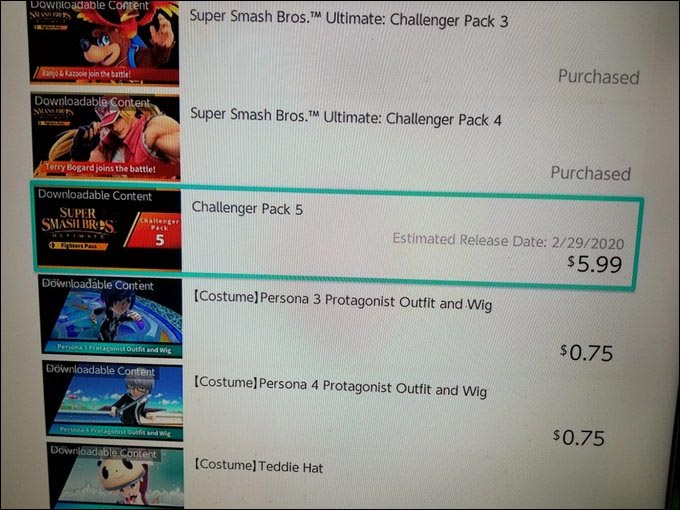 General speculation has the big reveal for the next fighter pegged for this month in a new Nintendo Direct. The internet is also hot with ideas about the character's identity, but nothing concrete is known right now.

There's very little information available, but series creator and director, Masahiro Sakurai, stated a few months ago that more DLC characters would be coming to the game after Character Pass 5.