Tyler "Ninja" Blevins is one of the most popular and influential streamers in the gaming and esports universe. His live-sessions attract millions of people, and the number of followers is about 14.7 million. Well, it was, until he moved to Mixer. But let's start from the beginning.

Richard Tyler Blevins was born June 5, 1991, in Lake Villa, Illinois and grew up in Chicago. While he studied at Grayslake Central High school, he used to play soccer and seriously fell in love with video games. This passion led him to the professional esports scene. Tayler played Halo 3 for Cloud9, Renegades, Team Liquid.  But his real career ladder was built in 2011 when he started streaming. First, it was Justin.tv (Twitch's ancestor) and then original Twitch with such games as H1Z1, PUBG and Fortnite. It took seven long years from him to gain real popularity. 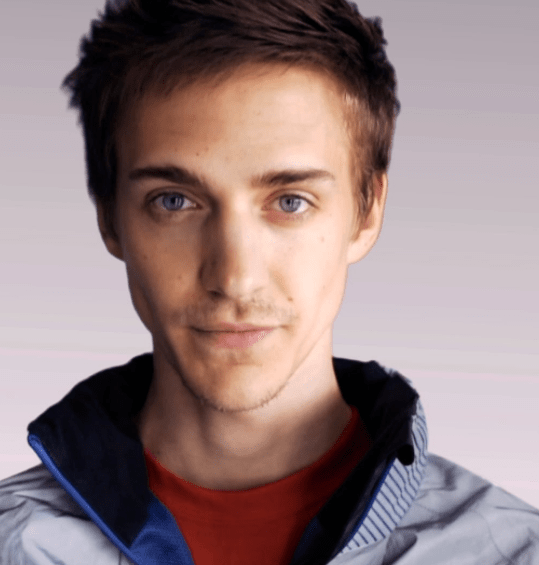 Ninja met his wife Jessica Goch (27 y.o.) at the Halo Focus Fire tournament in 2010. She tried to be a streamer too: Jessica aka JGhosty used to play Minecraft, Dead by Daylight and other games. Sometimes there were IRL-streams with live chatting or exercises and cooking, but now her Twitch channel is closed. Also, Mrs Blevins is Tyler's manager: she rules Team Ninja that includes public relations specialists, a YouTube editor, a social media manager, personal assistants, etc.

"When [Tyler] grew so big on YouTube and Twitch, I thought it was exciting, but I thought that's where it was going to end," Jessica said to Business Insider. "I didn't think all the sudden he'd be meeting celebrities and we'd be invited to the ESPYs. These celebrities are wanting to play with my husband. That's insane."

How Ninja became so popular?

Until 2017 and Fortnite hype, Tyler had slightly over 500 thousand followers. But everything changed when Epic Games started its campaign for promoting a new Battle Royale via Ninja's Twitch channel. Of course, there were other streamers, but the Ninja-star became the brightest.

But the main popularity and the fastest channel growth ever happened after Ninja played Fortnite with famous singer Drake.

Look at his Twitch statistic on March and April, 2018:

A total number of Ninja's followers increased from 2.34 million in February to 7.84 million in May 2018. Tyler considers the game to be the first reason for such popularity. Fortnite entered the top of the most popular Twitch games in a few months, ahead of previous game hit — PlayerUnknown's Battlegrounds. The streamer believes that the creators did everything possible for it. And the second and important reason for such a stir around Tyler's streams is his emotionality, because during the broadcasts the guy doesn't sit with a poker face, but jokes and entertains viewers. For example, when Ninja wins the game, he puts on his colourful bandana, when loses — takes it off.

Since then Tyler took part in numerous tournaments. The biggest prize he won was $1.000.000 playing Fortnite Duos with DJ Marshmello at Epic Games' first Fortnite Celebrity Pro-Am tournament in 2018. Tyler donated his share of winnings to the Alzheimer’s Association.

The most recent hype around Ninja appeared after his announcement about moving from Twitch to Mixer. He made it in a short comic clip, where he emphasized that the change of platform won't affect his gaming preferences, ranking wins and hair colour.

Twitch management took the opportunity and started to promote other channels via Ninja's former page.

And also, as we started with the videos, Tyler answered the most searched questions about him around the Web and tell about his past.

Where to find Ninja?