Stratospanda's update on the Beşiktaş Esports situation ⚡⚡⚡ Esports and gaming news, analytics, reviews on WePlay! The latest news on WePlay!

Following her last TwitLonger which claimed Beşiktaş Esports hasn’t been paying its players, Natalie “Stratospanda” Kristiansen has posted an update. It would seem that though the company has not made any official statement to address the affair, it has been in communication with her to take down the post.

Stratospanda explains that her motive for exposing the situation is not just to get paid her salary but also to fight for the players that are still with the organisation. “If we want Esports to be as serious as other sports at some point, we have to call people out when they act like this. To me, it seems like Beşiktaş for a while have been well aware of the situation, and still choose to be selfish hoping it will work out for them,” she says concerning the organisation’s financial situation.

According to some screenshots she shared, company execs are quite confident that her suing them would not amount to much. Beşiktaş is concerned about the damage her original post is doing to their reputation and is seemingly desperate to have her take it down. It has even promised to pay Stratospanda the same day she agrees to their request. It also reveals that the organisation’s solution to its cash flow problem was to find a new investor, which they have now supposedly secured. 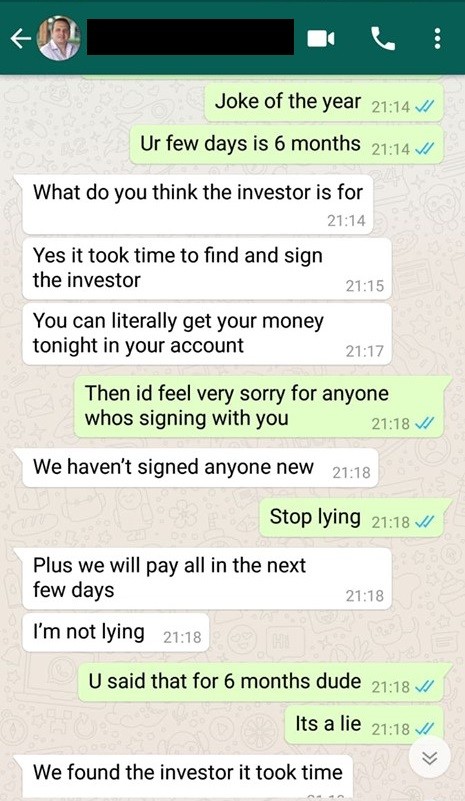 Stratospanda doesn’t believe she will get paid even if she does take down the post, but whatever the case, the damage has still been done. The screenshots which are dated August 23 (after her original post) proves that there is some truth to her accusations. Now that the images have also been made public, it will probably do even more damage to Beşiktaş’ reputation than good. 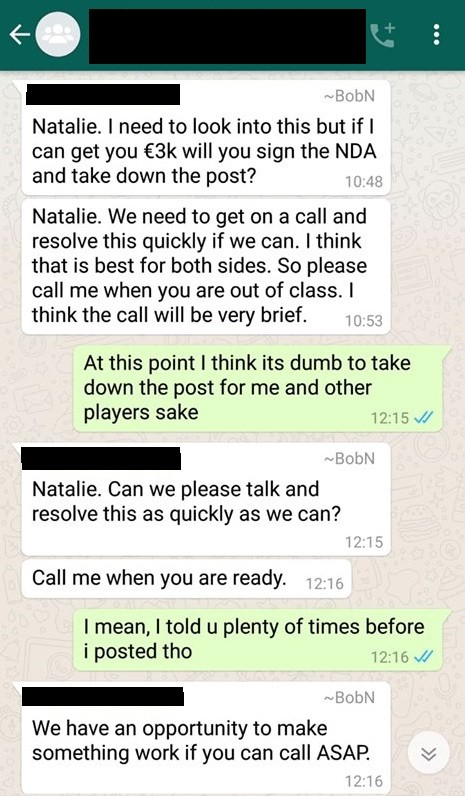 Similar to the situation with Ninjas in Pyjamas and Robin "Fifflaren" Johansson, more esports organisations are being called out for negligence against their responsibilities towards players and staff. Hopefully, other organisations will see them as cautionary tales.