StarLadder ImbaTV Dota 2 Minor final day should give us a large number of emotions. We are sure that two bright and exciting last matches are waiting for us. Time to predict the winner!

Ninjas in Pyjamas vs Team Sirius 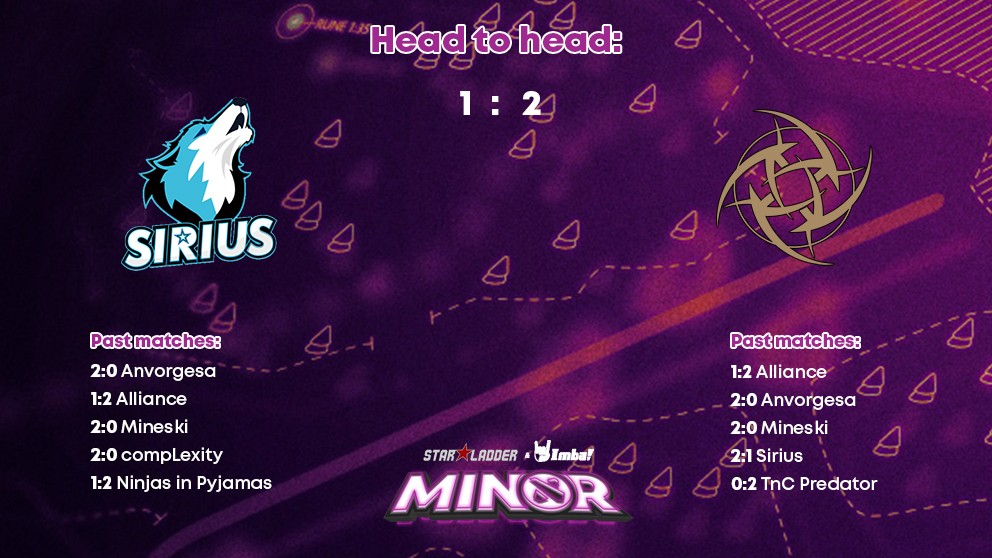 The teams have already played with each other in the first round. Then the European squad was stronger with a 2:1 score. Ppd could immediately find an "antidote" against the Chinese team, banning Leshrac.

Team Sirius is a good team that revealed too late to us. They have excellent individual skills, but they are still inferior in the team play. A definite favorite in this match are Ninjas in Pyjamas, and if they are involved in the game from the very first minute, the Chinese team will have few chances.

Alliance beat both Team Sirius and Ninjas in Pyjamas in the upper bracket. It would seem that this should automatically make them the favorites of the match, but there are a few nuances.

First, the Swedes needed all three maps in both matches. Alliance didn't show a substantial safety margin. Secondly, the grand final will play up to three victories, and here we have NiP, who are much more proven fighters. Thirdly, the task of getting to the EPICENTER Major was probably a much higher priority for the Loda wards. All roads lead to Shanghai this year, which means that Alliance players can relax (in theory) and hold the grand final not as best as they could, allowing themselves some experiments.

All this suggests that the Swedes cannot be considered a clear favorite. Moreover, if NiP gets into the grand final, then most likely the main levers of the match control will be concentrated in ppd's hands. Defeats make players stronger in better way than victories, and revenge in the grand final can be sweet.

If Team Sirius wins in the lower bracket final, then we will wait for an equal match, in which the European team will have more chances to win.